Sampling great wines from around the world may make you feel like you’ve taken a journey, but it’s no substitute for the real thing. Sometimes you just need to pack your bags, get on a plane and treat yourself to tastings in their native lands. When that mood strikes, the world is your oyster. Exceptional wines can be found almost anywhere, in both traditional and unexpected countries. For your next vino adventure, consider a visit to these top wine regions. 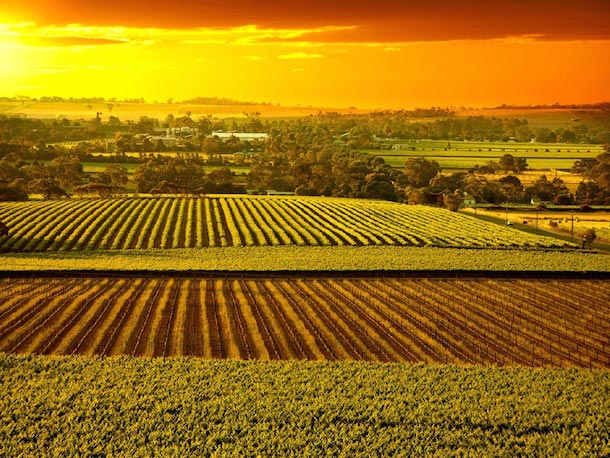 Located in South Australia, about 56 km northeast of Adelaide, the Barossa Valley is one of Australia’s oldest wine regions. It’s home to some 750 grape growing families, many sixth generation, who supply grapes to more than 170 wine companies of all kinds. Thanks to its unique mix of warm and cool climate growing conditions, the Barossa Valley can produce a wide assortment grape varieties, including Grenache, Mourvedre, Cabernet Sauvignon, Riesling, Chardonnay and Semillon. Many of the country’s most notable wineries, such as Penfolds, Peter Lehmann and Yalumba, are headquartered here. 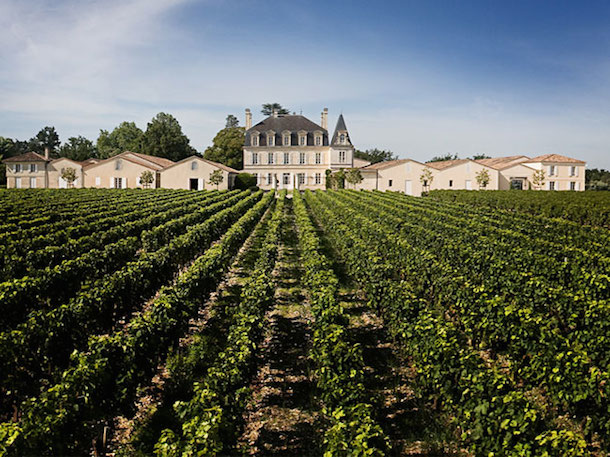 Bourdeaux needs no introduction, but we’ll give it one anyway. With a total vineyard area of over 120,000 hectares, Bordeaux is the largest wine growing area in France. There is plenty to enjoy about southwest France’s commercial and cultural hub, but of course the grapes come first. Bourdeaux offers a smorgasbord of wine appellations to choose from, ranging from inexpensive table wines to some of the most prestigious (and pricey) wines in the world. The vast majority of wine produced in the region is red, followed by sweet whites, dry whites and, in smaller quantities, rosé and sparkling wines. 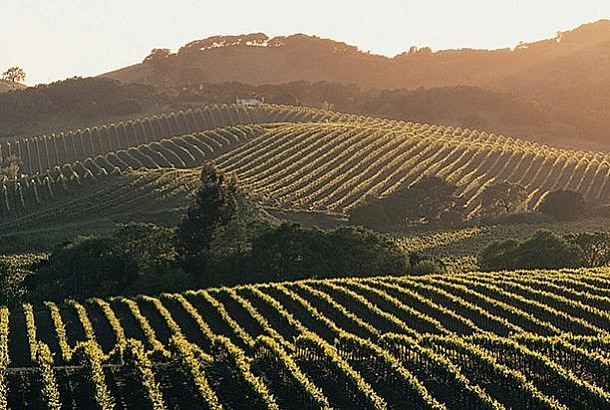 America’s most famous wine region is Napa Valley, a picturesque location in Northern California. Unlike some of the other spots on this list, which have histories dating back hundreds of years, Napa Valley’s premium wine production dates back only to the 1960s. Despite its relatively short lifetime, Napa Valley has become home to hundreds of wineries, known especially for their elegant Chardonnay and expressive Cabernet Sauvignon, that hold their own against anything found in the Old World wine regions. 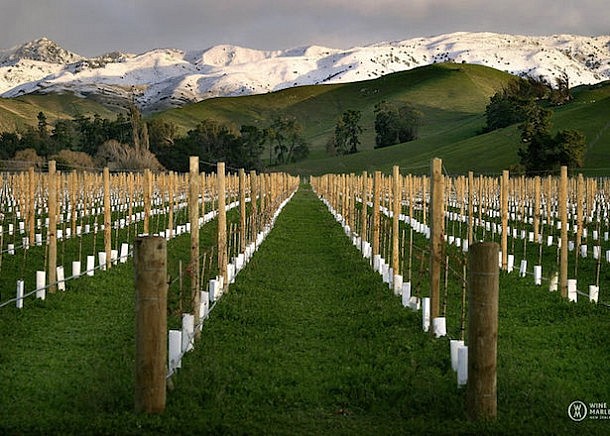 Marlborough is known for three things: its dry climate, the picturesque Marlborough Sounds and Sauvignon blanc wine. The region’s fertile soil and temperate weather enabled it to become the birthplace of the modern New Zealand wine industry, and today Marlborough represents 62% of total vineyard area in the country. As mentioned, the king varietal here is Sauvignon blanc (which many critics consider to be the world’s best), but Pinot noir and Chardonnay are also popular. 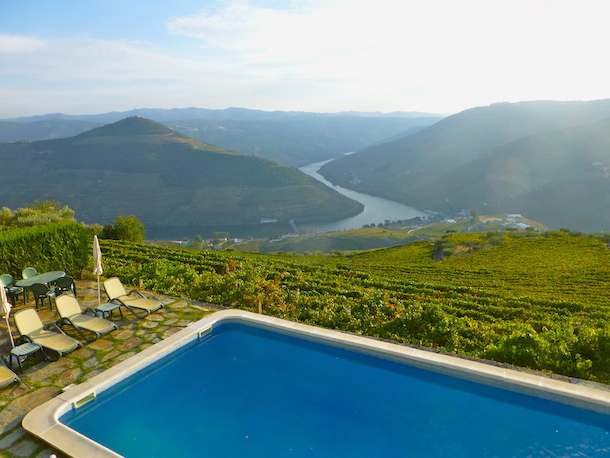 There is archaeological evidence for winemaking in the Douro Valley region of Portugal dating from the end of the Western Roman Empire. If you don’t remember your history lessons, that means the 3rd and 4th centuries AD. And just in case that isn’t impressive enough, grape seeds have also been found at even older archaeological sites in the area. So, yeah, Douro knows what it’s doing when it comes to wine. The region is primarily associated with Port wine production, but it produces a wide spectrum of styles that range from light to rich. 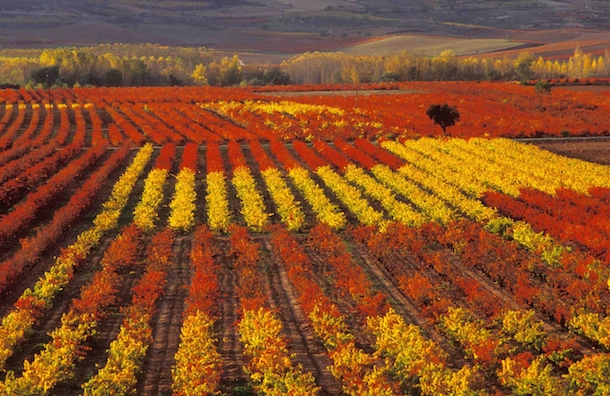 When it comes to Spanish wine, Rioja ranks at the top. The region is divided into three zones: Rioja Alta, Rioja Baja and Rioja Alavesa. Many wines have traditionally blended fruit from all three regions, but in more recent times single-zone wines have grown in popularity. As was often the case in Mediterranean lands, monks were the main practitioners of winemaking in Rioja in mediaeval times. These days the church isn’t quite so involved, but Rioja wine is still a religious experience for many. The region is particularly known for oak aging and the pronounced vanilla flavours in its wines. 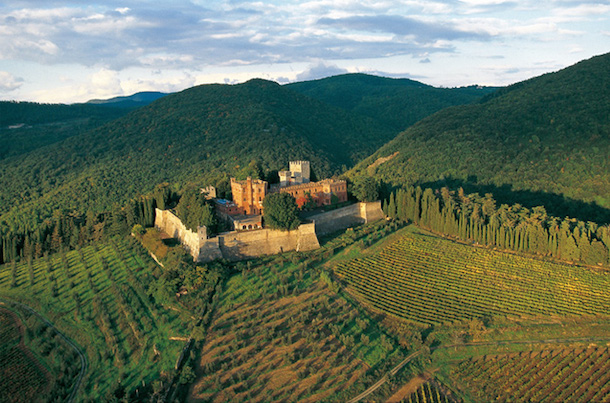 Tuscany is a must-visit stop on your Eat, Pray, Love journey around Italy. Not only is it one of the most beautiful places you’re likely to visit, it’s also home to some of the world’s most notable wine regions. Viticulture in Tuscany dates back to the Etruscans in the 8th century BC, was written about by the Greeks in the 3rd century BC, was immortalised in an 980-line poem in 1685, and continues to capture worldwide praise. The Sangiovese grape is Tuscany’s most prominent grape, but other varieties found the region include Cabernet Sauvignon, Chardonnay, Merlot and Syrah. 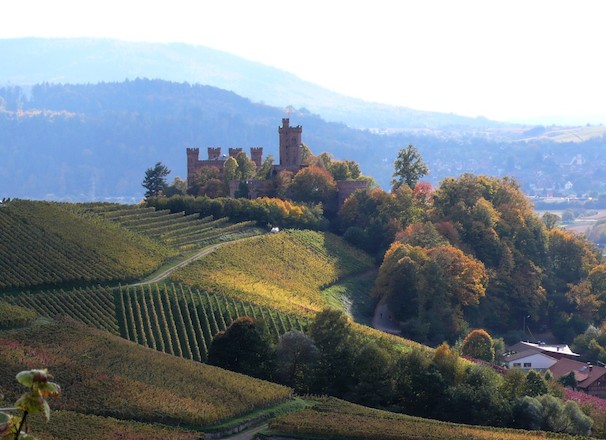 Thanks to its perilous location on the boarder of France and Germany, separated by the Rhine River, this area has been involved in a tug-of-war for centuries. Despite its unsettled history, the Alsace region in France and Baden region in Germany produce some of the most interesting wines in the world. Alsace is all about dry Riesling, along with Pinot Blanc, Pinot Gris, Gewurztraminer and a sparkling wine called Crémant d’Alsace. Baden, on the other hand, is primarily planted with grape varieties of the Pinot family and Riesling plays a smaller role. 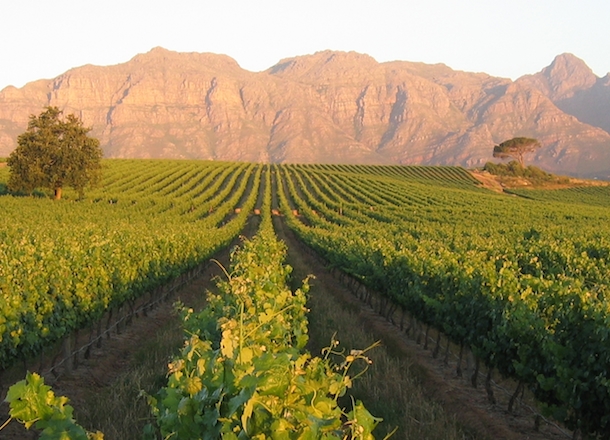 In the Western Cape province of South Africa, about 50 kilometres east of Cape Town along the Eerste River, lies Stellenbosch. The South African wine industry produces about 1,000,000,000 litres of wine annually with Stellenbosch at its heart. Since 1971, the Stellenbosch Wine Route (branded now as the Stellenbosch American Express® Wine Routes) has been a world-renowned tourist destination. Its coordinated network of more than 148 wineries offers 5 sub-routes, each of which has its own characteristic wine style, climate and geographical location. 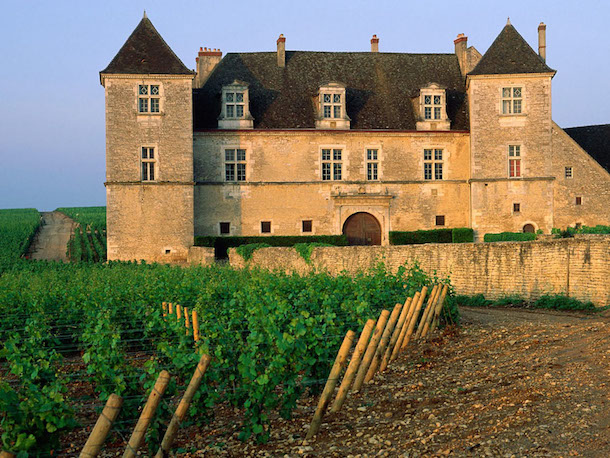 Last but far from least, we have Burgundy. Grape growing in this region dates back to the 2nd century, making it a pilgrimage site for wine enthusiasts around the world. The most famous wines produced here (commonly referred to as “Burgundies”) are dry red wines made from Pinot noir grapes and white wines made from Chardonnay grapes. Although the most preeminent wines of the region come with stratospherically high price tags, Burgundy also offers plenty of other rewarding wines that are worth a sip and won’t cost a fortune.