New Year’s Resolution: play more golf. The variety of golf courses to choose from here in Australia is staggering (as is the stunning natural beauty you’ll experience at many of them), so we’ve taken the liberty of choosing a few favourites for you. Now you can focus on perfecting your swing instead of worrying about where you’re going to show it off.

FYI – You may need to bribe your way onto a few of these. Good luck! 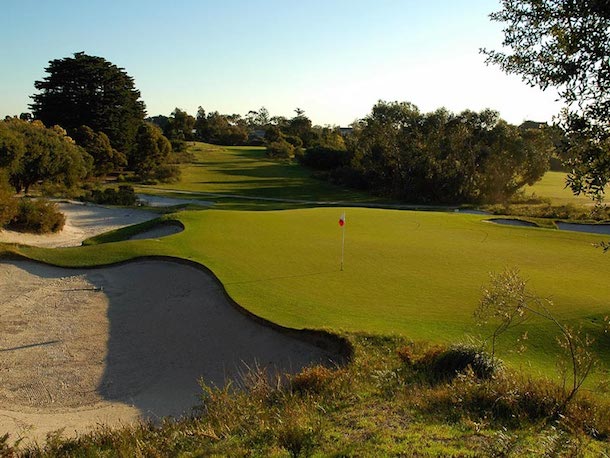 The Royal Melbourne Golf Club is the oldest golf club in Australia in continuous operation. The Club was founded in 1891 and has been host to numerous national and international events since. Two world-famous courses are available but the one to play is the West, which Royal Melbourne theatrically describes as “full of dramatic undulation, fertile sandy soil and a natural rugged appearance.” 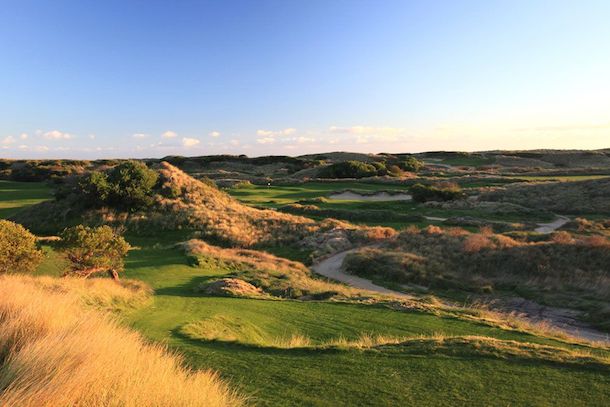 The extraordinary landscape of Tasmania’s north east coast is ideally suited to a golf course – and luckily, Barnbougle has two. Lost Farm is a 20-hole course designed and built by world-renowned US golf course design company Coore & Crenshaw. Within a week of opening, Lost Farm was rated one of the top 10 courses in Australia by Golf Australia Magazine and also entered U.S. Golf Magazine’s Top 100 List. 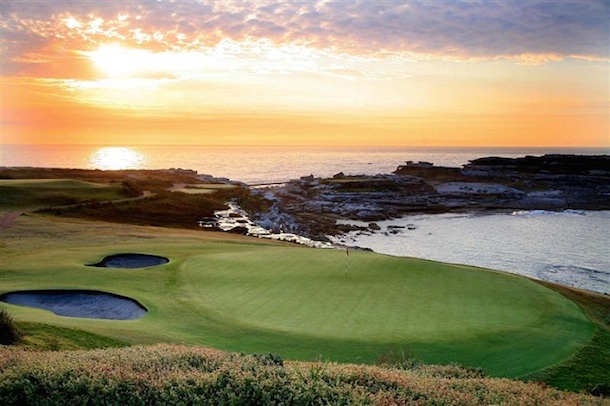 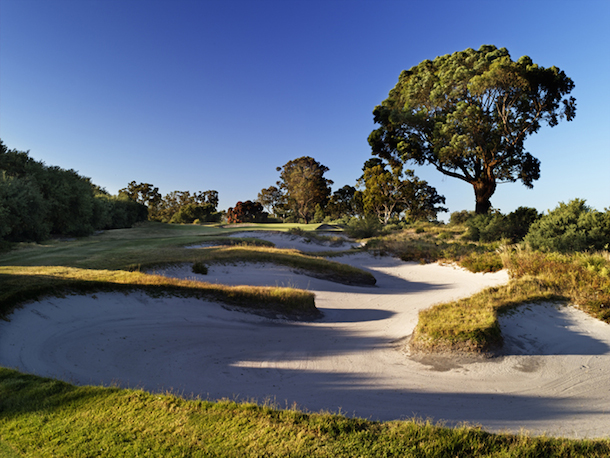 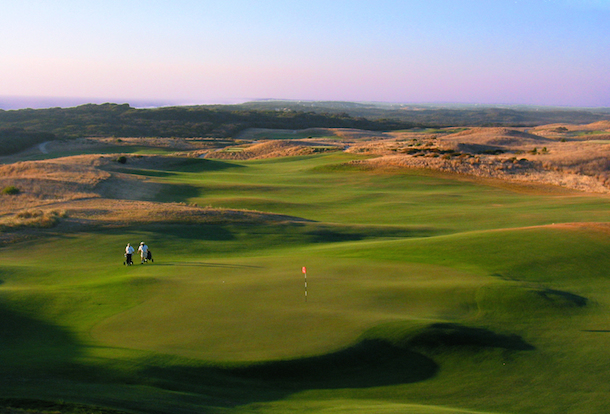 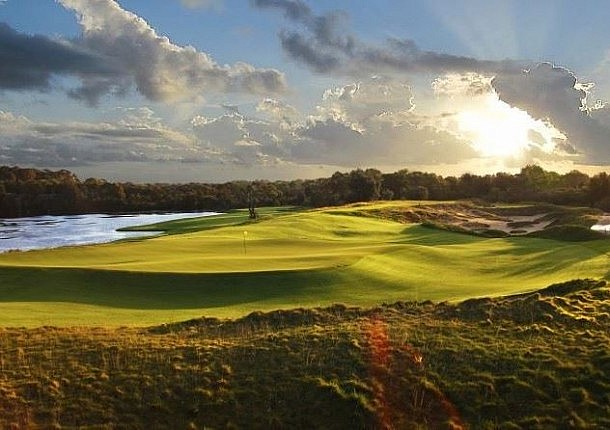 With the entire course built on the Sydney Sandbelt, The Lakes is regarded as one of the best wet weather courses in the region. In addition to the world-class play, fine dining restaurant, 280 metre driving range, GPS motorised cart fleet, spa, and sauna, golfers at The Lakes are treated to scenic views and an abundance of wild life. Relaxed and serene, the course feels like a retreat although it’s only 15 minutes from the Sydney CBD. 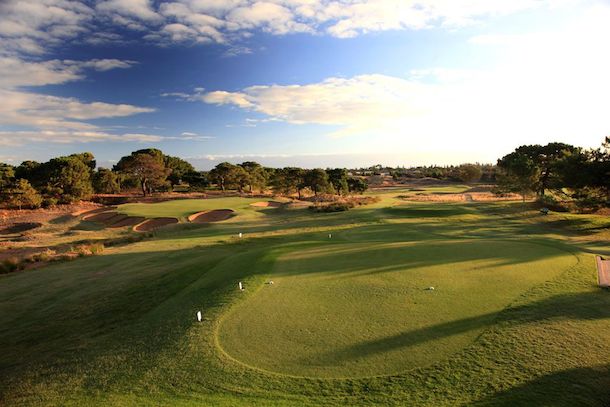 Founded in 1892, the Adelaide Golf Club found its permanent home in Seaton in 1905 and was granted its ‘Royal’ prefix in 1923. The once rugged costal duneland has been transformed into one of Australia’s most celebrated golf courses, host to many international championship events including 9 Australian Opens. Members of reciprocal clubs are welcome to play at the private course and limited opportunities are available for interstate and overseas golfers visiting Adelaide. 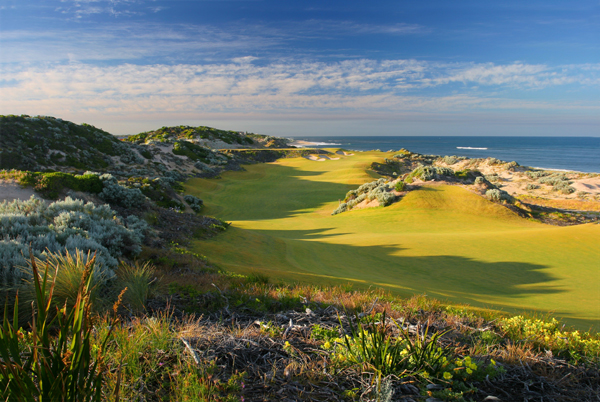 The Cut – Perth’s only true links golf course – will be celebrating its 10-year anniversary in 2014. Voted Western Australia’s number one golf course in 2008/09, ranked in the country’s top 20 public access courses, and counted amongst the top 25 overall courses in Australia, The Cut is a must-play course for all golf enthusiasts visiting Perth and the Mandurah area. 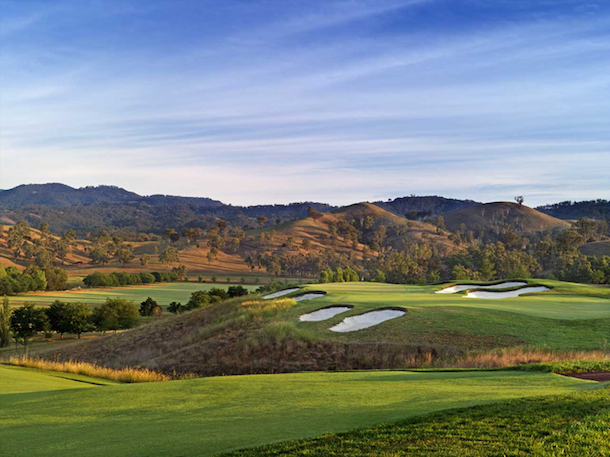 Ellerston Golf Course opened in 2001, but good luck ever setting foot on it. The remarkable property was designed for the exclusive enjoyment of well-heeled media tycoon Kerry Packer and his family, so unless you’re a personal friend of the Packers, pictures are as close as you’re going to get. Despite its total inaccessibility, we’d be remiss for leaving the Packer family’s private facility off a list of Australia’s best golf courses. 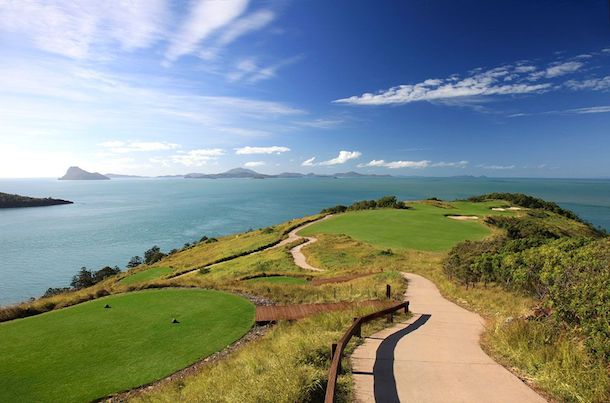 With incredible views over the Whitsundays and the distinction of being the only 18-hole championship golf course on its own island in Australia, Hamilton Island Golf Club is a destination in itself. The island’s natural, mountainous landscape provides stunning 360-degree views and a challenging terrain for both amateurs and pros. Don’t forget to unwind afterwards with a meal at the Clubhouse or a blissful body treatment at Hamilton Island’s Spa wumurdaylin.