10 European Roads You Have To Drive

In the heady, broke days of your youth, touring Europe was all about the railways.

These days, you’re looking for something a little more upscale. Something that doesn’t make you feel like you’re trapped in a shoebox with the entire population of Kuwait. Something with four wheels and fuel that makes your inner autophile whoop with joy.

Get behind the wheel, put the pedal to the metal, and make like Mario Andretti on Europe’s most exciting asphalt. 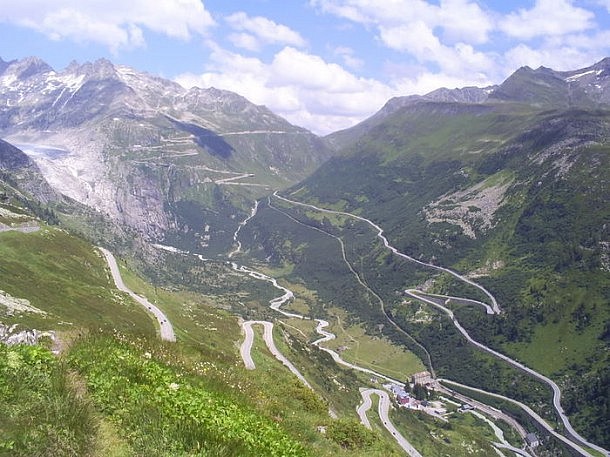 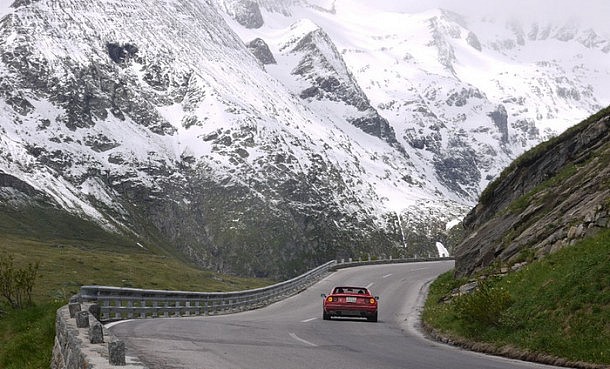 The gut-wrenchingly gorgeous Dolomites are prime territory for magnificent mountainous driving. Many maintain that the finest route through the region is the Great Dolomites Road, but the lesser-known gem is the drive between Cortina d’Ampezzo and Bolzano. Outstanding views are a given, though the real reason to make the trip is the tunnel network. It was there that, during World War I, Austrian and Italian troops fought fiercely for control of South Tyrol. 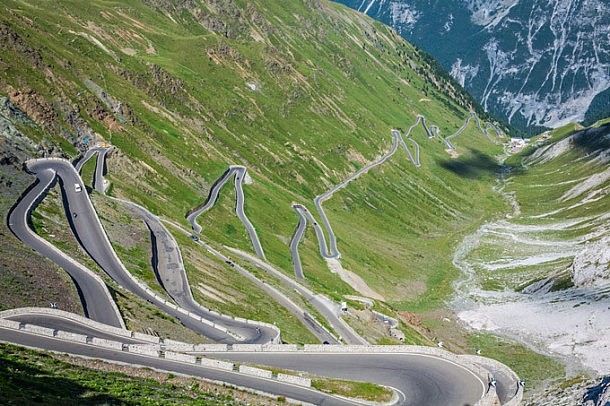 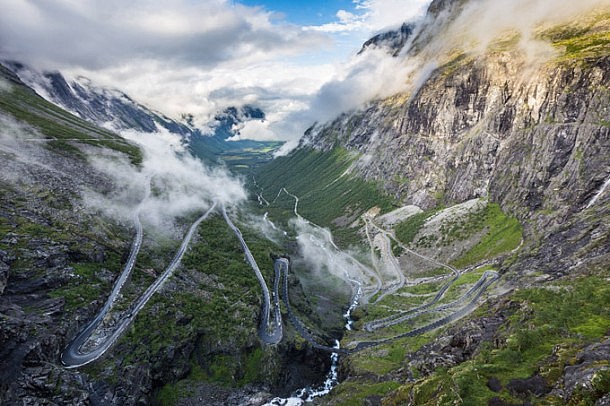 Charming views are all the more charming when you take the most dangerous way to reach them. The serpentine mountain road of Trollstigen is a popular tourist attraction due to its steep incline of 10% and eleven hairpin bends. Risky conditions here include the incline, narrow driving space, and poor traction and visibility courtesy of rain and fog, but if you manage to navigate it all, you’re rewarded with unparalleled photographic opportunities involving valleys, waterfalls and fjords. 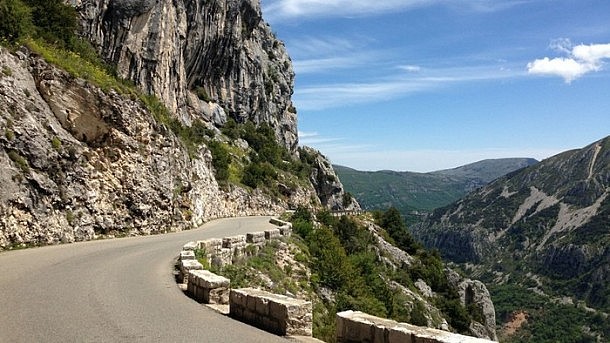 Think “Côte d’Azur” and you picture expensive yachts, exclusive accommodations and upscale gambling. We wouldn’t say no to any of those things, but when we’d tired of those swanky surroundings, we’d opt to slip into the driver’s seat and take a cruise around the French Riviera’s many stunning roads. While not necessarily the most beautiful, the Holy Grail drive is, of course, the F1 circuit through Monaco. 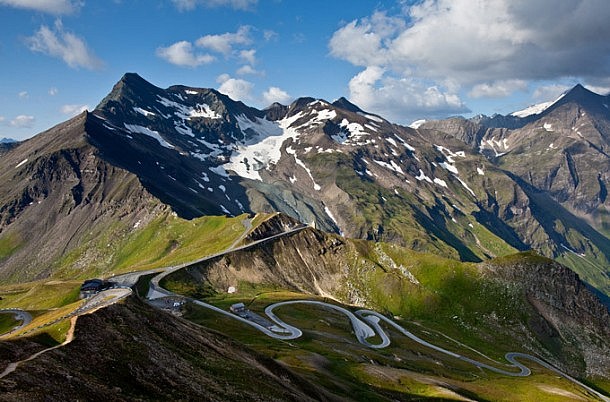 The Route des Grandes Alpes is pure Alpine splendour. Quaint villages, natural parks, mountain passes and historic monuments await as you navigate its legendary roads. The road was built specifically for tourists, so it won’t be the most dangerous or the biggest test of your dexterity as a driver, but it will have scenic sights in spades. As much as you’ll enjoy the drive itself, be sure to stop long enough for a visit to the beautiful Geneva Lake. 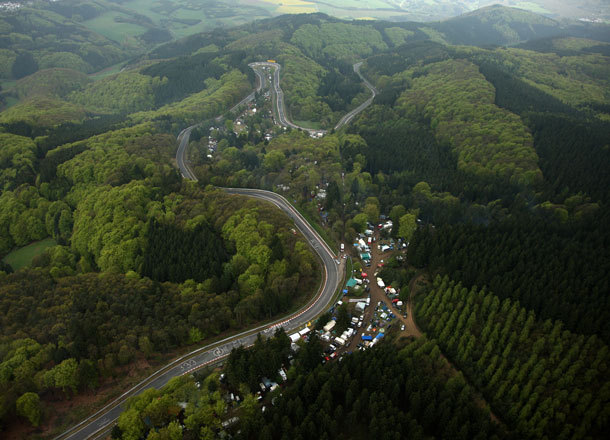 Hear “drives” and “Germany” and you automatically think Autobahn, but let’s do something different. While clueless tourists flock to that drive, head 70 km south of Cologne and 120 km northwest of Frankfurt to Nürburgring. There you’ll find a 150,000-capacity motorsports complex featuring a Grand Prix race track built in 1984, plus a much longer and older North loop track built in the 1920s. The latter was nicknamed “The Green Hell” by F1 driver Jackie Stewart. Rest assure The Green Hell has taken its fair share of novice drivers who have not shown it the respect it deserves. 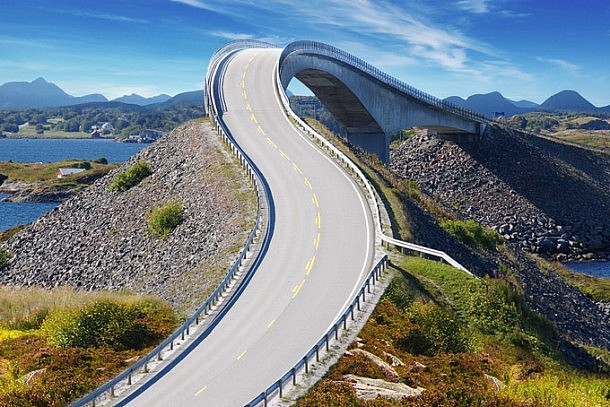 A truly unique set of thrills and chills are found along Norway’s Atlantic Road. Running a little over 8 km, this amazing architectural marvel travels over the water and across multiple islands. The road’s roller coaster-feel, curvy bridges and phenomenal views make it a favourite of auto enthusiasts. Serious adventurers should come during autumn, when the experience is enhanced by dramatic storms that hit the drive. 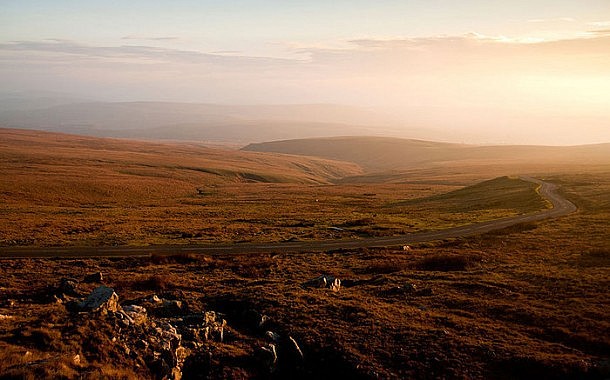 The Black Mountains are found in the western part of the Brecon Beacons National Park in Wales. Since Jeremy Clarkson drove down its winding path, the Black Mountain road (A4069) has earned theTop Gear stamp of approval and become a popular driving destination. Expect a mix of fast and tight sections, and to-die-for views when you hit the hairpins. Beware of bumps if you’re driving a low-slung car. 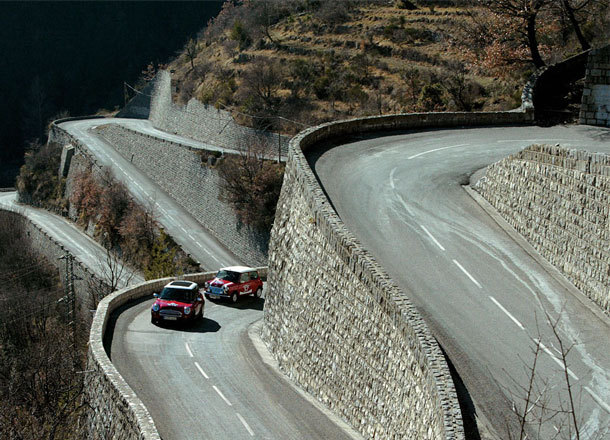 Famous as the site of both the Tour de France and the Monte Carlo Rally, this route has all the hairpin turns and curvy roadways you could wish for. There are 3 possible routes to reach the summit, each of which will have you feeling like a pro and aghast at the panoramic views. Resist the urge to snap selfies while driving – Col de Turini is difficult and dangerous, and has tripped up many a talented driver. This is not a road to lose concentration on – unless you like dropping off a sheer cliff.