10 New Zealand Roads You Have To Drive

Cross the Tasman and you’ll find yourself in a land of marvels, both natural and man-made. Just 4.5 million New Zealanders are scattered across the country’s 270,534 sq km, meaning plenty of vacant space left over for magnificent forests, fiords, mountains, lakes, beaches and, yes, a hobbit hole or two.

All that picturesque emptiness is best explored by car. New Zealand offers long stretches of scenic highways that look like they rolled straight out of your road trip dreams. Beautiful, fun to drive, and occasionally death-defying, these are the NZ roads that belong on your bucket list. 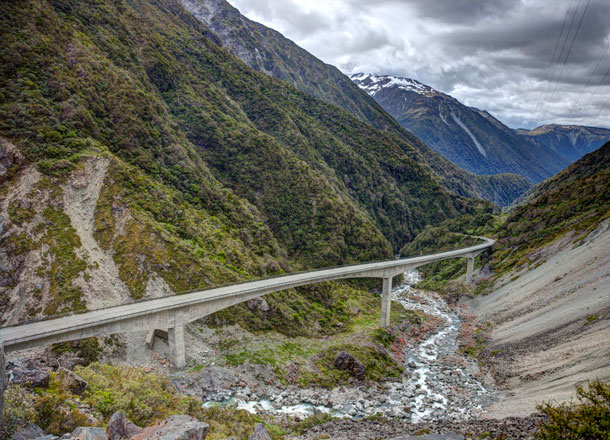 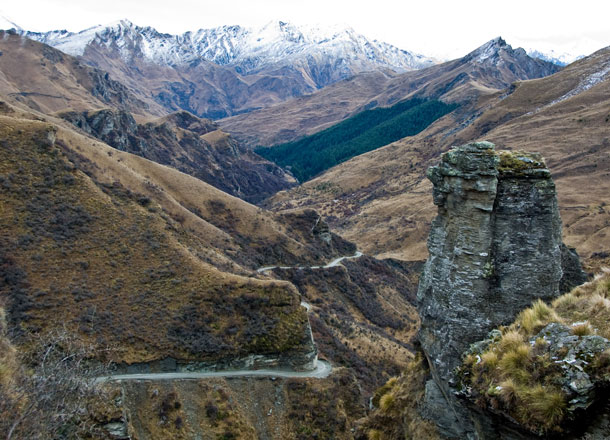 Like Sharon Stone in Basic Instinct, Skippers Canyon is beautiful and potentially lethal. Located outside Queenstown, the gravel road is narrow and steep, with sheer drops of several hundred metres. Caution and focus are compulsary if you plan to attempt it. Though fatality numbers are relatively low, Skippers Canyon is still consistently named one of the world’s most dangerous roads. 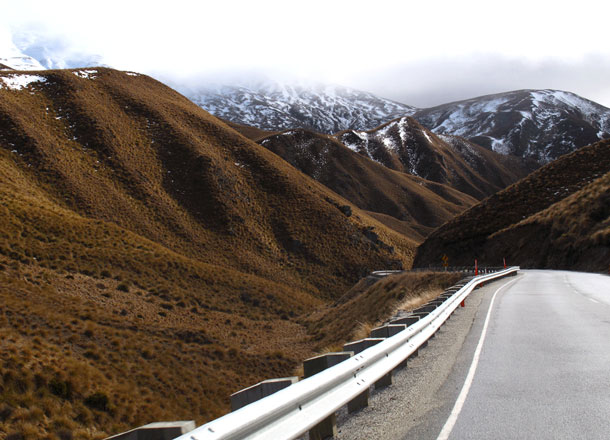 The Crown Range Road, linking Queenstown and Wanaka, is the highest main road in New Zealand. Great views are a given as you navigate the twists and turns of the memorable mountain path, and climb to a max altitude of 1,121 m above sea level. Along the way you’ll encounter hairpin bends, precipitous drops into a seemingly bottomless gorge, and evidence of the area’s gold mining past. Come during winter to take advantage of the Cardrona and Treble Cone resorts. 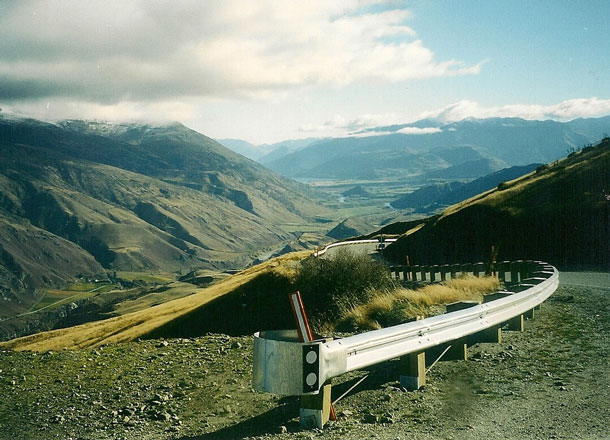 Queenstown has earned the title of ‘Adventure Capital of the World’ for a reason. It’s home to bungee jumping, paragliding, snowboarding, heli-hiking, and every other adrenaline-fuelled sport you’ve heard of (and some you haven’t). But for those who prefer to stick to four wheels and an engine, a drive down the dazzling, winding Cardrona Pass is all the thrill you’ll need. Be sure to stop by the iconic Cardrona Hotel. 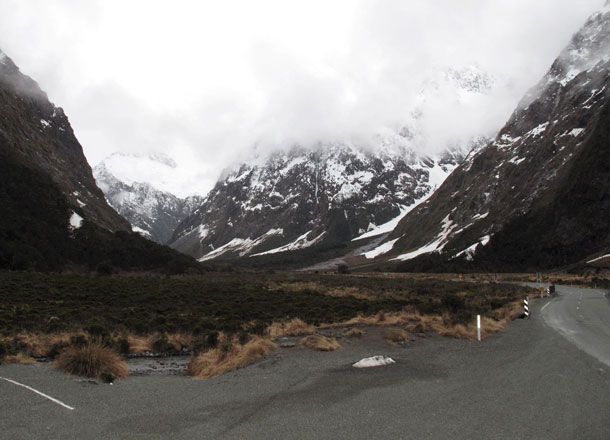 If you want to visit the Milford Sound, the Milford Road is the only route in. And it’s a destination all by itself. Attractions abound in the area, with scenic viewing spots in ample supply. You’ll weave around waterfalls, run along rivers and rainforests, and cruise through snowfields as you explore Fiordland’s striking landscape. Note: there are no petrol stations between Te Anau and Milford Sound, so come prepared with enough fuel for both lengths of the trip. 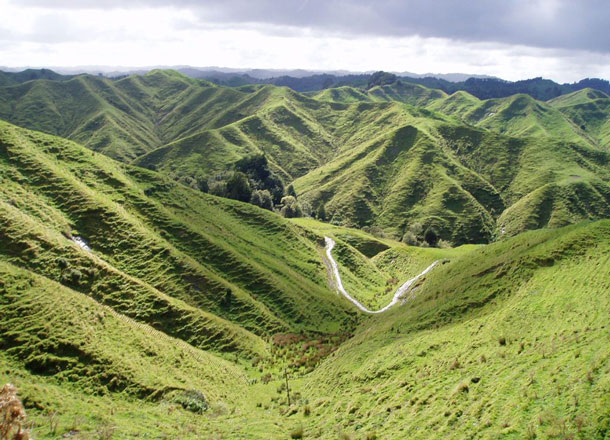 The Forgotten World Highway runs 148 km from Stratford to Taumarunui through ruggedly beautiful countryside. Remote and mysterious, the road snakes along a river gorge, climbs over several mountain saddles, and passes through an eerie one-lane tunnel known colloquially as Hobbit’s Hole. If you have time for a detour, take the turn off for the Mount Damper Falls, the 4th highest in the North Island. 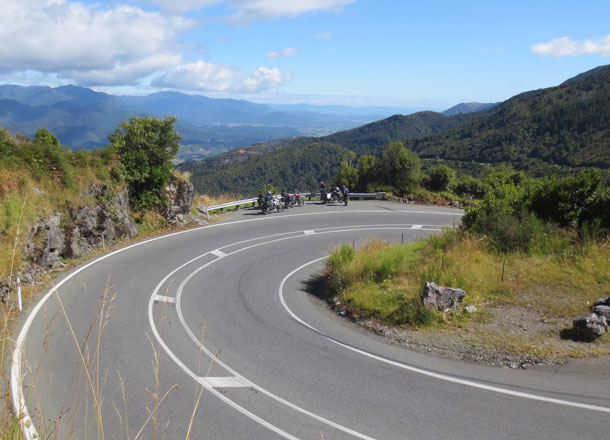 Takaka Hill won’t make you fear for your life, but it’s steep and sinuous enough to enchant nonetheless. The route traces the valleys of the Takaka River to the northwest and the Riwaka River to the southeast, reaching 791 m at its highest point. The area’s unusual elevated landscape includes spectacular marble karst rock formations, and in clear weather you’ll be treated to panoramic views over Tasman Bay, Golden Bay and the mountains of Kahurangi National Park. 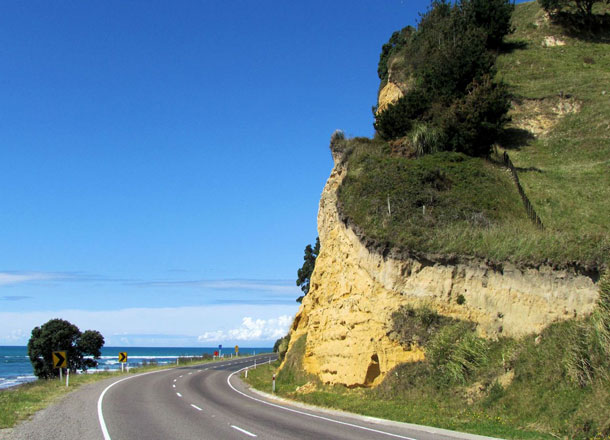 Travellers in a rush prefer SH2 between Gisborne and Opotiki, but those looking to slow down and enjoy the journey opt for the road less travelled: SH35. The 320-km trip is a full day’s drive along sparsely trafficked tarmac and coastal scenery, with opportunities to visit the East Cape lighthouse and New Zealand’s biggest pohutukawa tree. This is one time you won’t regret taking the long way round. 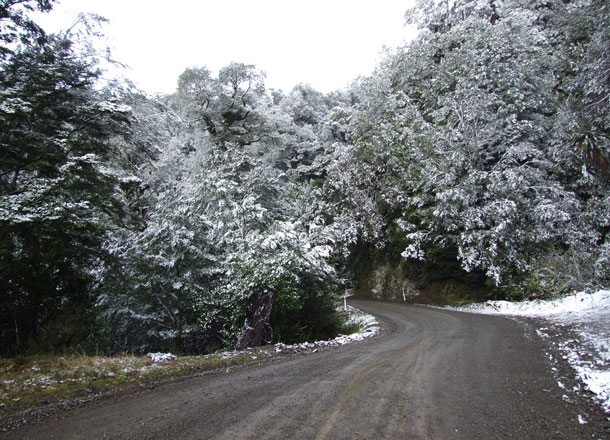 Waikaremoana is set in the 225,000 hectares of the North Island’s largest untouched native forest reserve. To get there, take SH38’s 121 km of meandering trail through the middle of the Urewera National Park. Much of the way is gravel, but the sublime scenery should take your mind off the rough road conditions. A sedate pace is recommended, as you may stumble unexpectedly upon the local Tūhoe people on horseback. 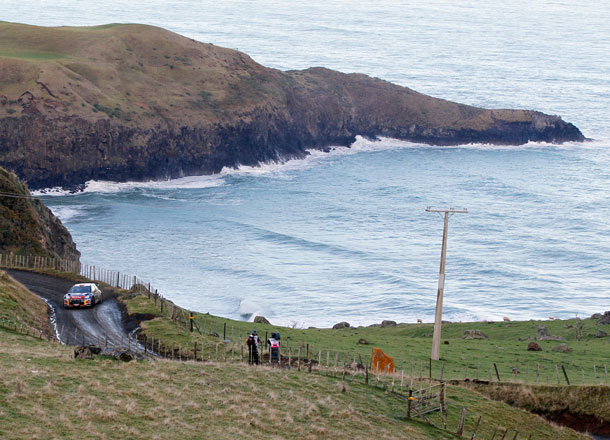 Fans of motorsport may already be familiar with this name. The Whaanga Coast serves as the penultimate challenge of the Rally of New Zealand, and typically decides who wins the NZ round of the World Rally Championship.

Those who are not professional high-speed pedal pushers will still find much to love about the passage, whether it’s the weathered manuka forest, the view of Mount Karioi, or the world-class surfing found along the way.

Best Of The Rest