10 Most Dangerous Roads In The World 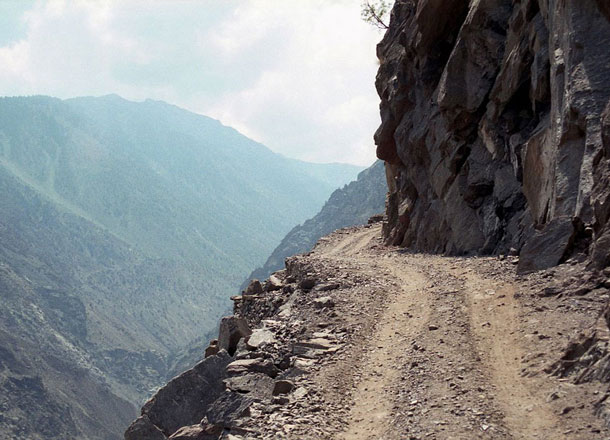 Well for the sake of this story, you’ll either have to see the latter, or meet your maker as you drop off a sheer cliff. This is no Sunday drive through your local wildlife park.

From heart-pounding twists that are near impossible to negotiate, to high altitude trails that disappear into mountains, these are the ten roads that you should probably stay well away from.

They call this little piece of work the “Road of Death” in Bolivia. For reasons other than the fact that you have no idea where you’re going once the fog hits, it’s also a gambling act when trucks and buses try to pass you in the opposite direction. Many cars have fallen more than 600m into the valley below, and it doesn’t look like slowing down anytime soon – the road stretches 61km with no guard rails. Genius.

There’s nothing dangerous about Norway, right? Wrong. This one particular marvel of human engineering is also a test of the human will to defy all common sense. Built across several islands, the road has eight bridges with one being the famous Storseisundet Bridge. As you can tell, the reason it rises so high is because of the strong ocean currents which can wipe out a standard car on a bad day.

Don’t let the cute name fool you. Road to Fairy Meadow is as treacherous as it gets. The first thing you’ll notice the lack of asphalt and guard rails. That’s because the “road” was build by locals with little support from the national government. And that also means all structural integrity and engineering design goes out the window. Running at 10km long, it leads to one of the highest peaks in the world, the Nanga Parbat. If you make it past all the falling rocks and tight lanes, you’ll be treated with a great view and spare underpants.

This isn’t your average everyday motorway tunnel. The Guoliang Tunnel is a masterpiece of transport, dug into the side of a cliff face. The scenic views are breathtaking but the moment you disrespect the mountain is the moment it claims you with its solid stone walls and sheer drops.

If you’ve seen the commercials for a show called Ice Road Truckers, then this is their set. The highway is a different kind of dangerous in that it’s remote, features rocks flying in all directions from passing trucks and an endless road of icy potholes to test your driving skill. It is recommended that novices should not attempt this drive without adequate supplies and spare petrol.

#6 Pass Of The Dades Gorges | Morocco

Pass of the Dades traverses deep into a gorge that overhangs the river Dades on the Atlas Mountains. You can definitely call this one the “fun” one of the bunch, but lose a split second of concentration or misjudge your car’s ability at speed and you’re off into the river below.

The Italians are renowned for their boldness but we wouldn’t blame them for shutting this one down to over enthusiastic motorists. Famous for its incredible views, the Pasubio in northern Italy is a serious challenge for drivers with a section of the road deemed so dangerous that no cars are allowed past after that point. Though this hasn’t stopped people from getting on their bikes to tackle the mountain’s edge.

If the 2,500 km of curves don’t scare you, then maybe a bridge that crosses the Nujiang River with winds that hit 40km/h will. And yes, it also overlooks a sheer cliff drop for your peace of mind.

Taroko means “magnificent and splendid” in Taiwanese and the road is definitely that. Lest we forget the scenic trail also has an evil twin when earthquakes or typhoons hit, making it impossible to drive across without falling debris or being blown away.

Once you’ve fended off the yetis, you have the roads to compete with. This is nature’s backyard at its most uncompromising. From the near-freezing cold to a very dangerous network of unpaved, slippery and narrow roads, you can see the casualties in real time with flipped cars and buses strewn across the bottom sides of cliffs. 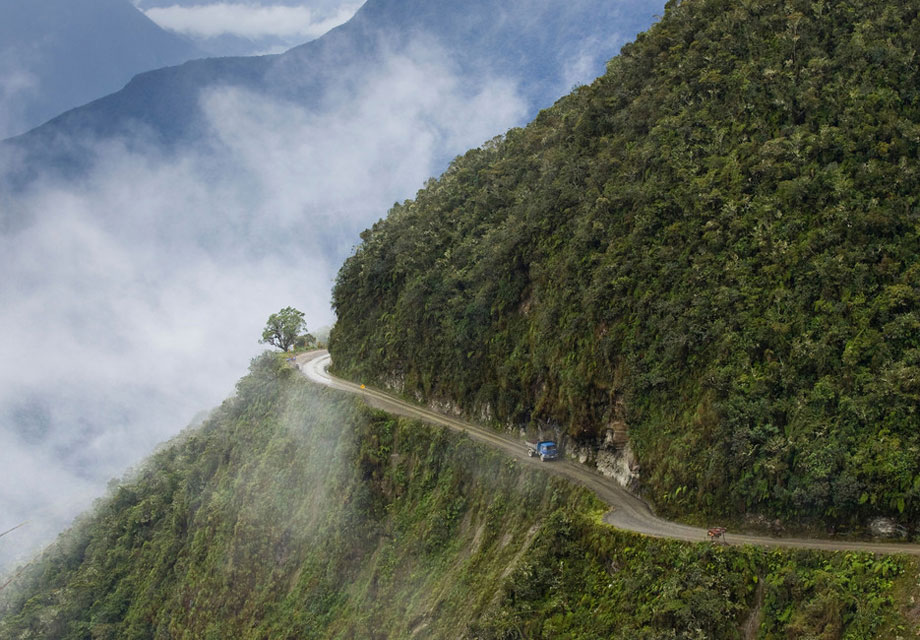 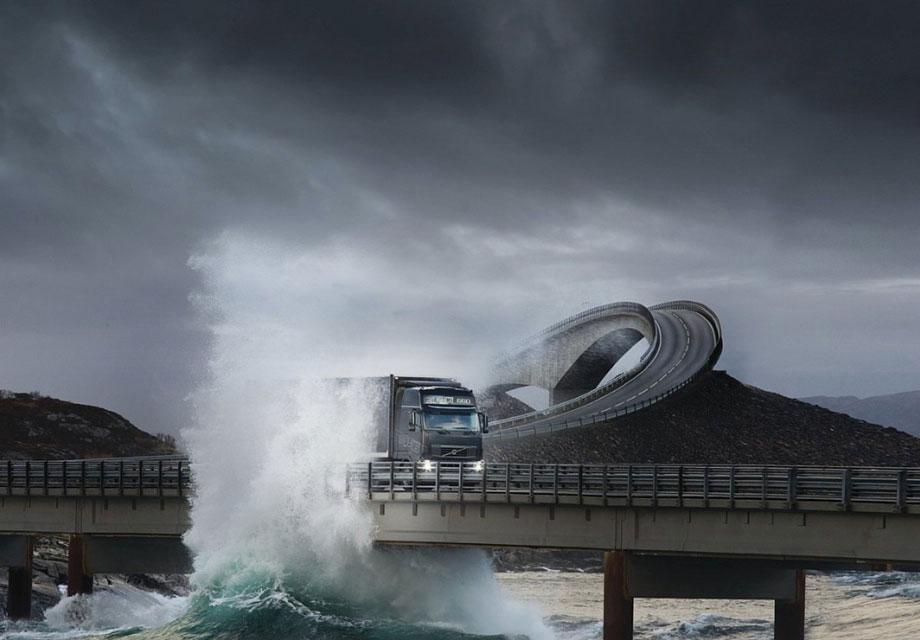 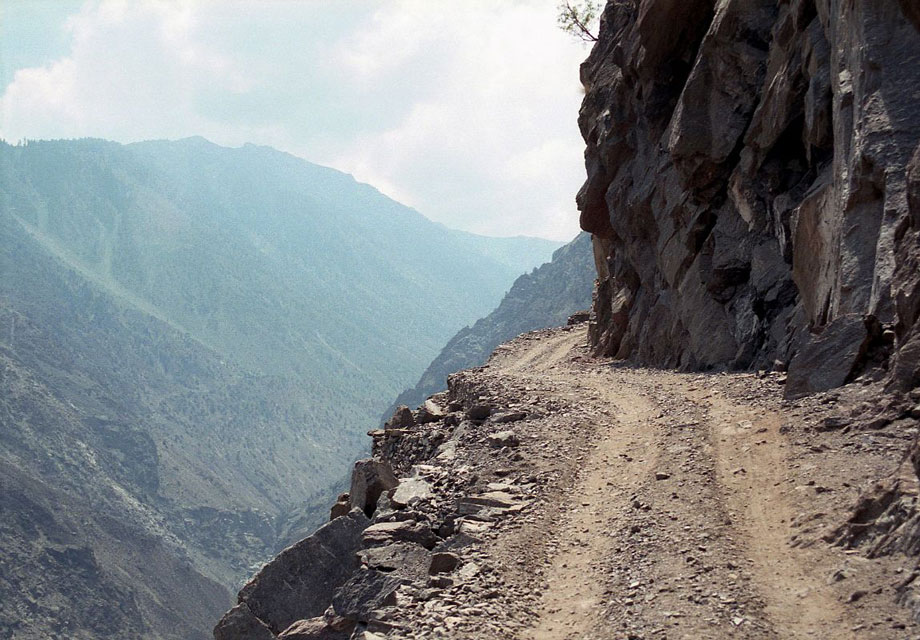 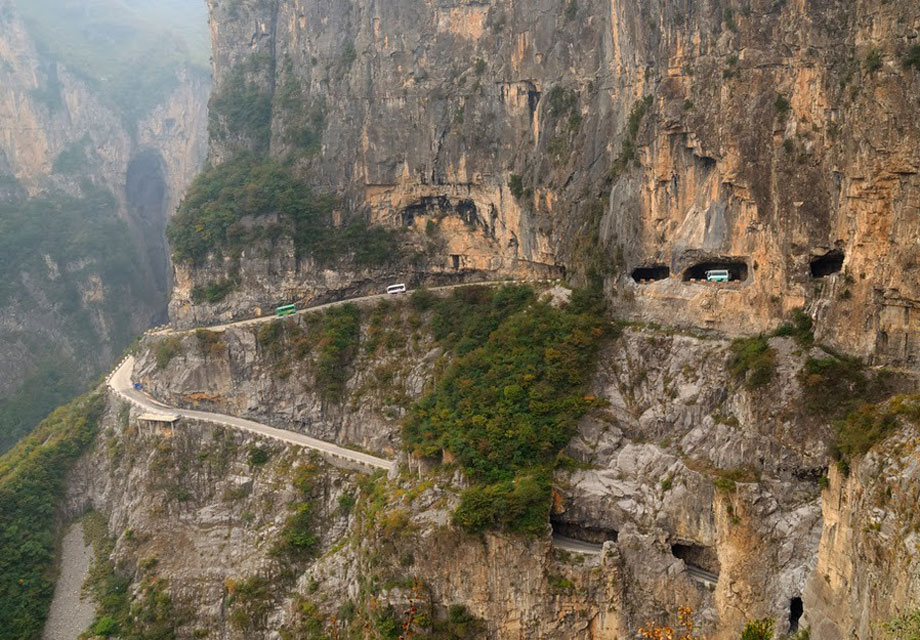 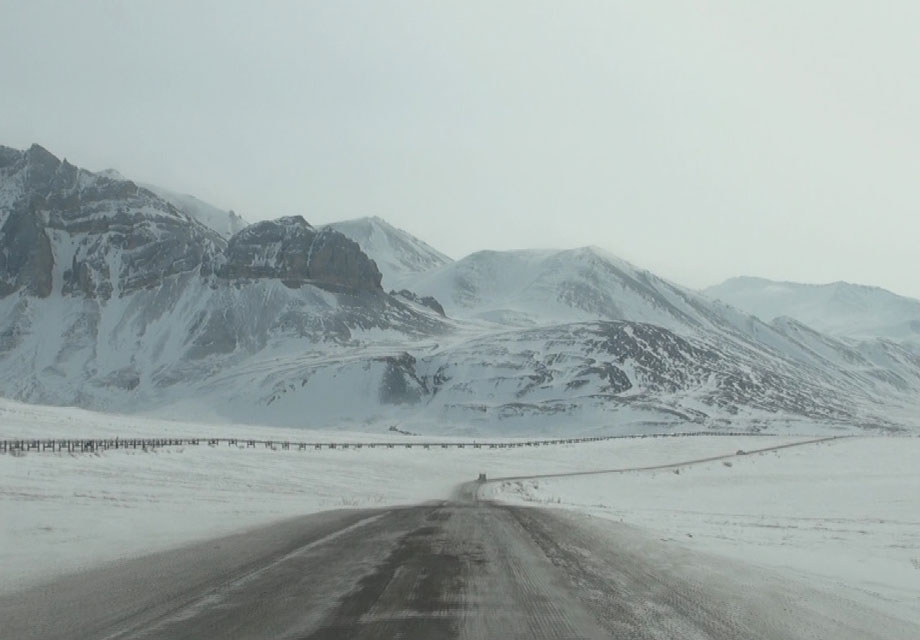 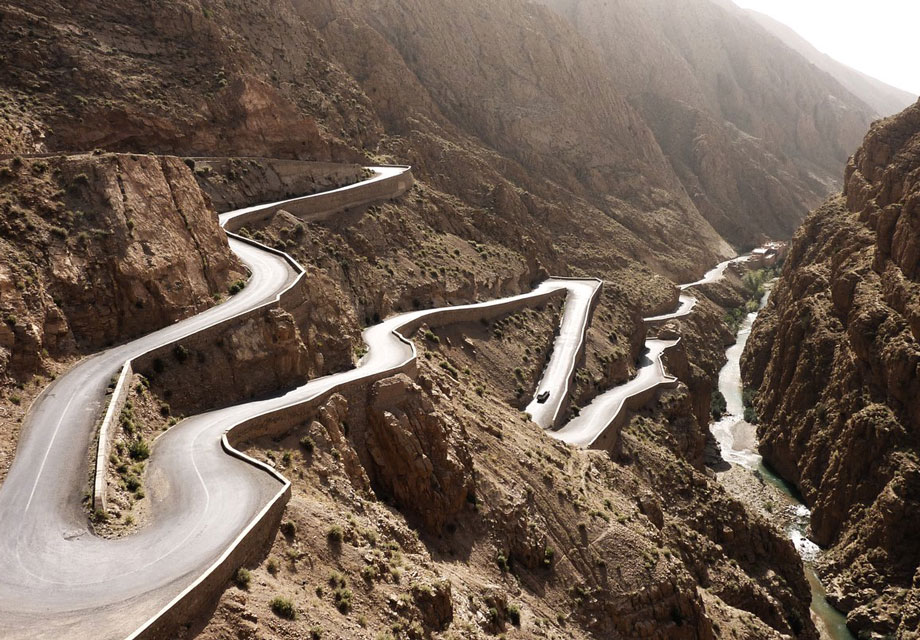 Pass Of The Dades Gorges 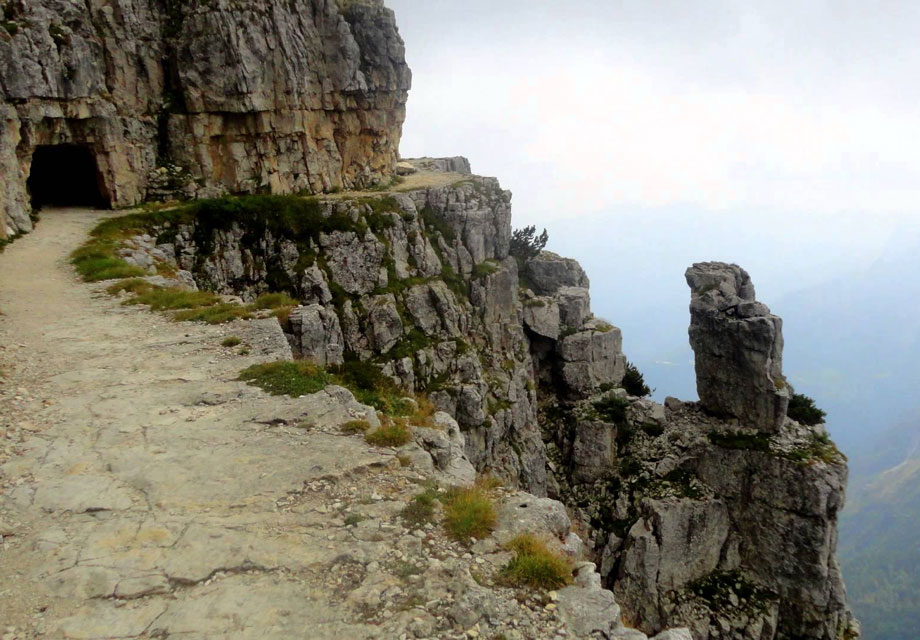 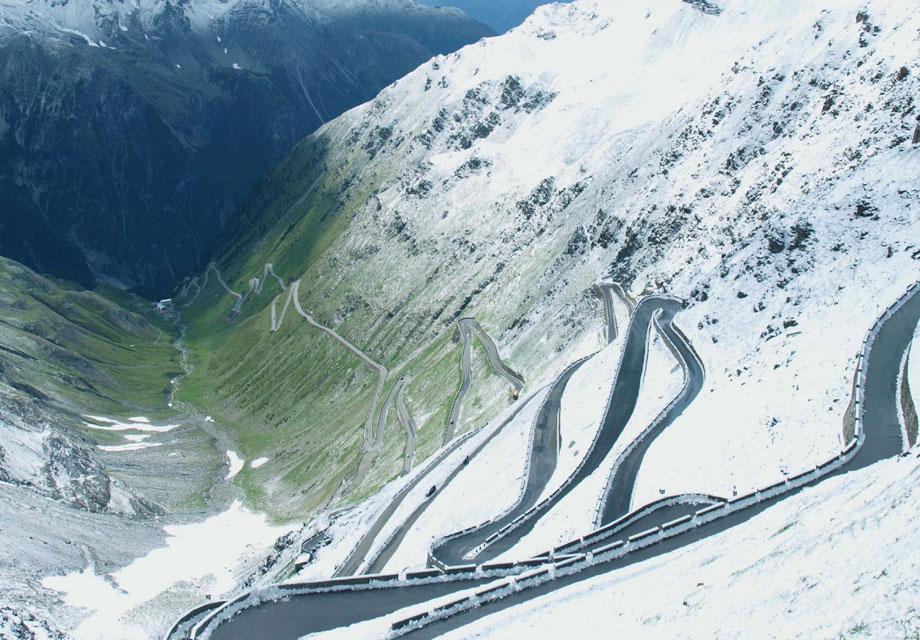 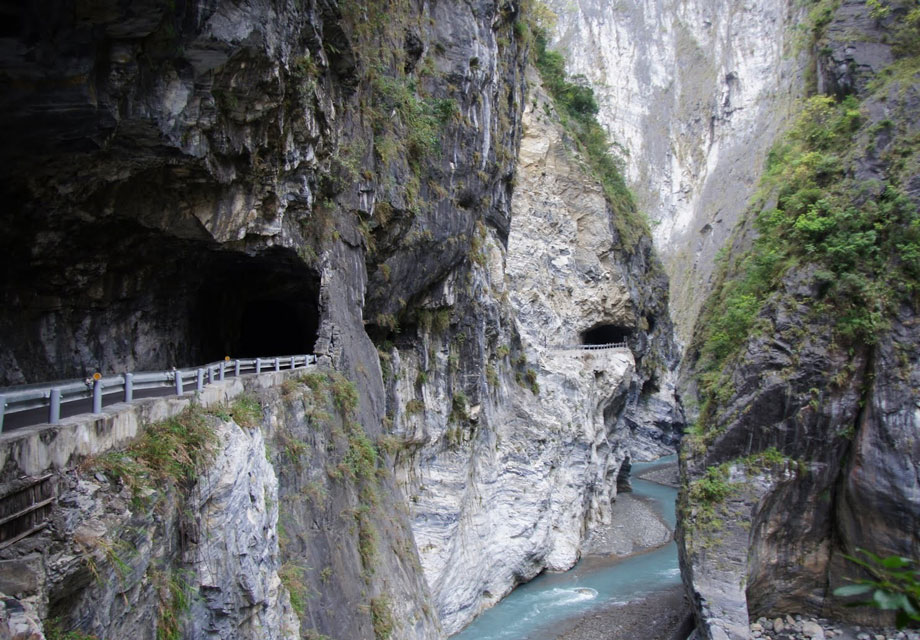 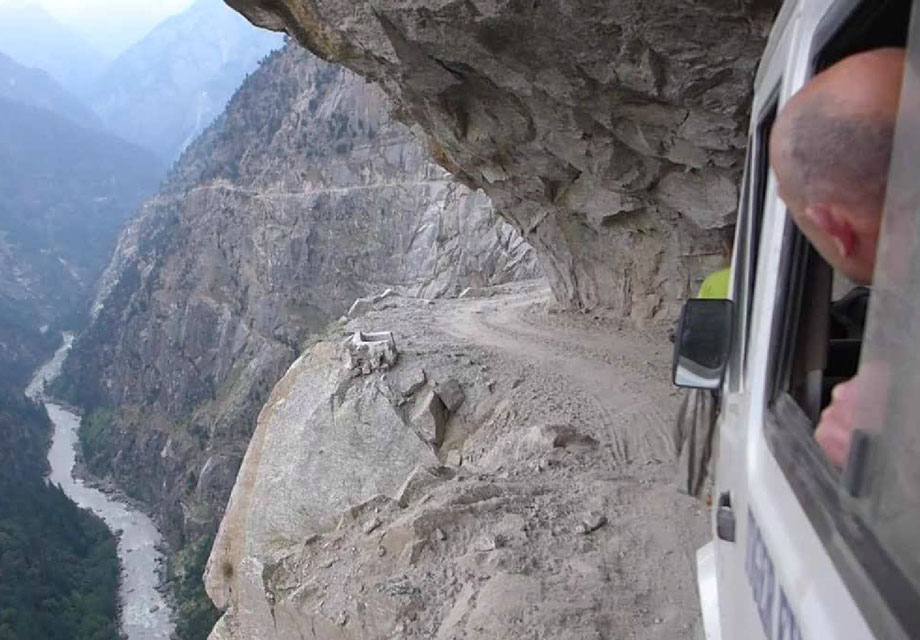