It’s expected that the world’s largest population would one day become a rising global force in the motoring industry. But until that day, we get to bask in some of the most oddball vehicles to ever roll off the nation’s production line. From the infamous counterfeits to the flashy rides for the nouveau riche, welcome to the weird Chinese cars of the motoring world. 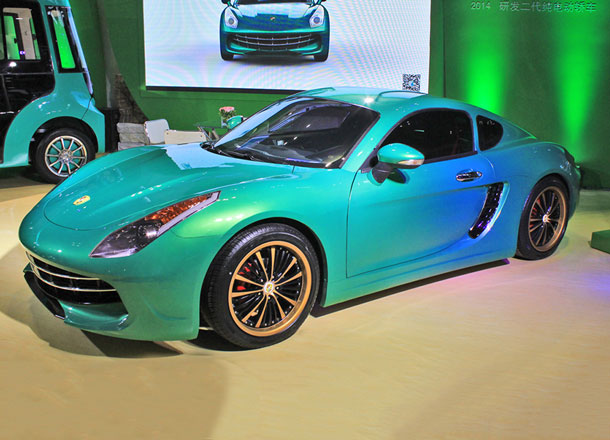 We’re kicking it off with something fresh from the 2015 Shanghai Motor Show. Call it premature, but when a manufacturer decides to call a car ‘Eagle Came’, you know you’re in a world of trouble. Even more so than the fact that the car is a complete replica of a Ferrari FF front merged with a Porsche Cayman rear complete with Carrera-style rear insignia and Porsche-like badging. No specs are available for this car yet, but judging by the wheel and brake size, you can expect no more than a punchy 1.5-litre 4-cylinder driving the front wheels with side intakes to keep your rear luggage cool. 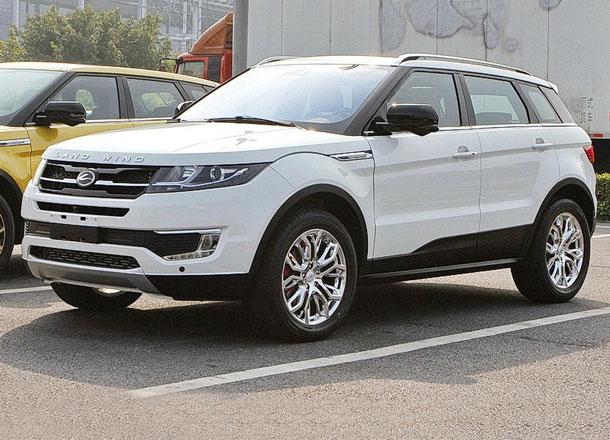 One car that cannot be overlooked is the boldly named Land Wind. Bold because they spelt ‘Rover’ wrong and just went with it. The lines of the X7 share an uncanny resemblance to the Land Rover Evoque with the only difference being in price (a third of a Land Rover) and the engine – a monstrous 188hp 2.0-litre 4 cylinder engine. We’re afraid to ask what the car weighs. 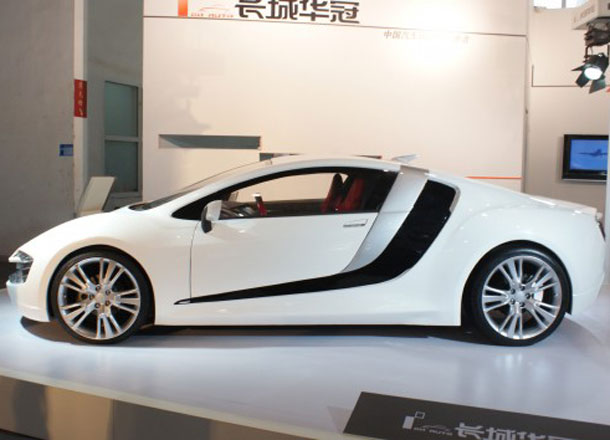 A Chinese take on German exotica is this questionable looking concept by CH Auto. Taking the iconic Audi R8 lines straight from Google images and draping it over an electric car appears to be the strategy behind the Lithia Sports. The specsheet says it’s powered by a lithium-ion battery giving it a not-so-grand range of 150km. We do however give it points for being green in a country where you can’t see ten metres in front of you in heavy smog. 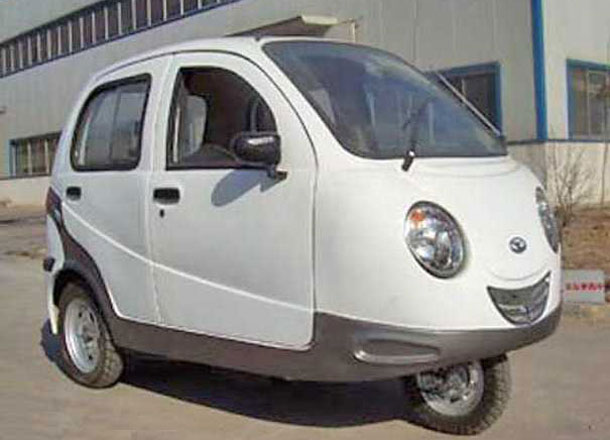 This happy little three-wheeler has a great backstory to it. Shandong Cestar Electric Vehicle Co. wanted their customers to be happy, so they made all their cars look happy. The end. It’s also electric powered so you can smile all the way to bank from all those fuel savings. Even getting hit by one of these looks like a joy. 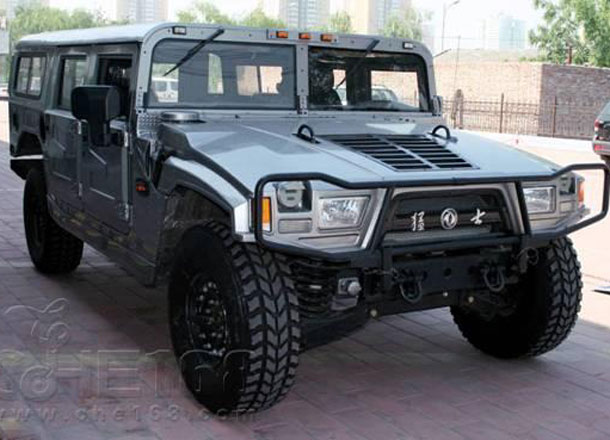 They’ve dubbed this one the Chinese Hummer for obvious reasons. Debuting in 2004, the EQ2050 was intended for the Chinese Army but those with enough money and connections could obtain one for public roads. The price for one is about US$143,000, which is still cheaper than the U.S version. The vehicle is powered by an American-designed Cummins V8 diesel, surprisingly made in China through the Dongfeng-Cummins joint venture. 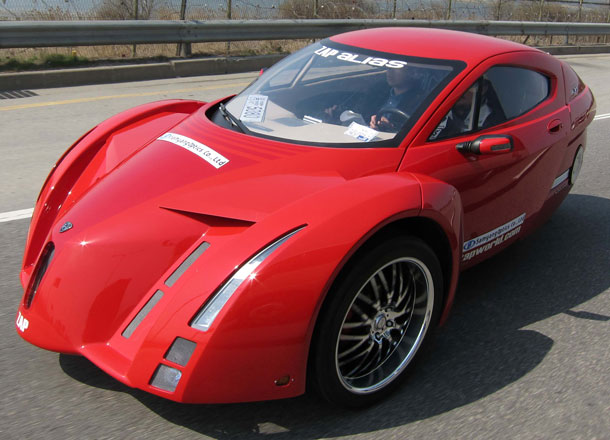 Something that is definitely cool and original on the list is the Zap Alias – an electric three-wheeled roadster which seats two and features supercar style gull-wing doors. Top speed is 170km/h with a 0-100km/h sprint time of 7.8 seconds. Not a bad performance at all for a single charge. We wouldn’t take corners too quickly even though it looks like a handful of fun. 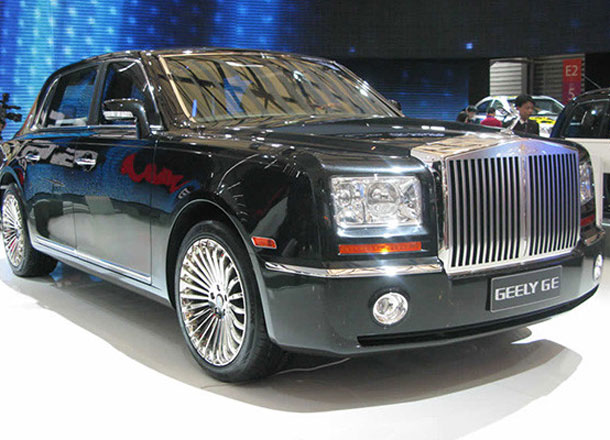 The Geely GE raised eyebrows when it popped up looking a bit (lot) like a Rolls Royce Phantom. So much so that the British luxury marquee threatened them with a lawsuit which saw the GE having to be redesigned. For a fraction of the Rolls Royce price at US$45,000, you get an air purifier, cigar storage, fridge and starlight interior roof lining – just like in a real Royce. GE doesn’t stand for General Electric by the way; it stands for Geely Excellence. 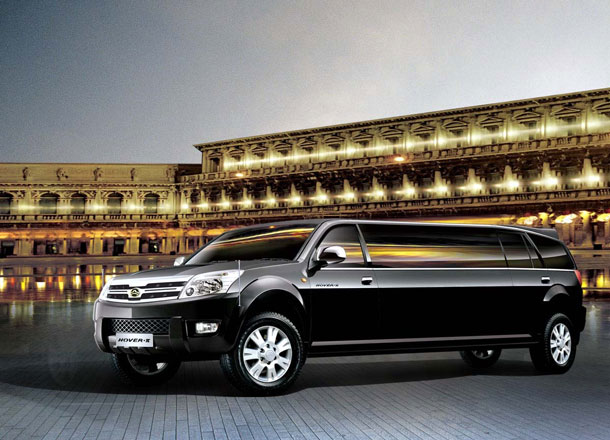 The name’s Pi. As in, mathematical constant π = 3.14. Great Wall motors have been on our shores for a while now, but the local market hasn’t been fortunate enough to see one of these crazy vehicles rolling around yet. The oddly named Pi is a stretch limo SUV which features a slew of tacky interior plastics with the interior design of a roadhouse motel from the 80s. We might laugh at it here, but in China the Pi is a strong representation of wealth, status and power. 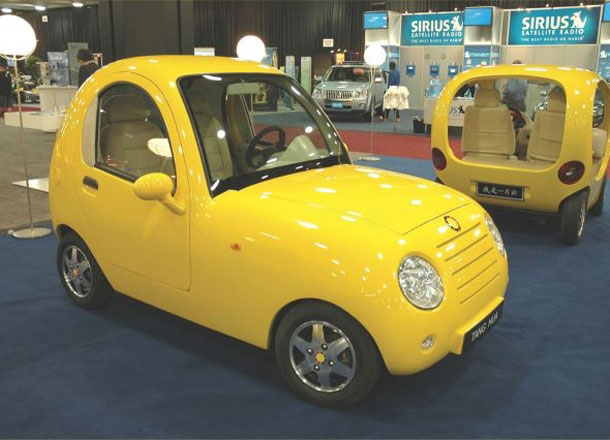 We can guarantee you won’t be rounding up any birds in this thing any time soon. When she asks what you drive and you reply with “The Book of Songs”, that should be enough to kill any last remaining ounce of sex appeal you had. Mind you, it does what it’s supposed to in a crowded city, getting occupants from A to B all for under $8,000 and with a top speed of 45km/h. A true gem of the weird Chinese cars. 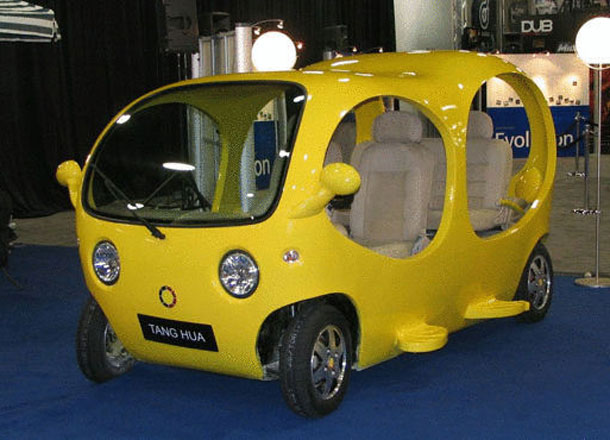 There really are no words to describe this outrageous amphibious vehicle which triples as a car, boat and a rolling wiener with wings/fins. Developed by Tang Hua for the 2009 Detroit Auto Show, the Detroit Fish has a propeller where the exhaust usually is. We’re also not sure how well the thing will fair on Yangtze River without doors. We’re not even sure if it floats. It does drive though so one out of two isn’t bad.