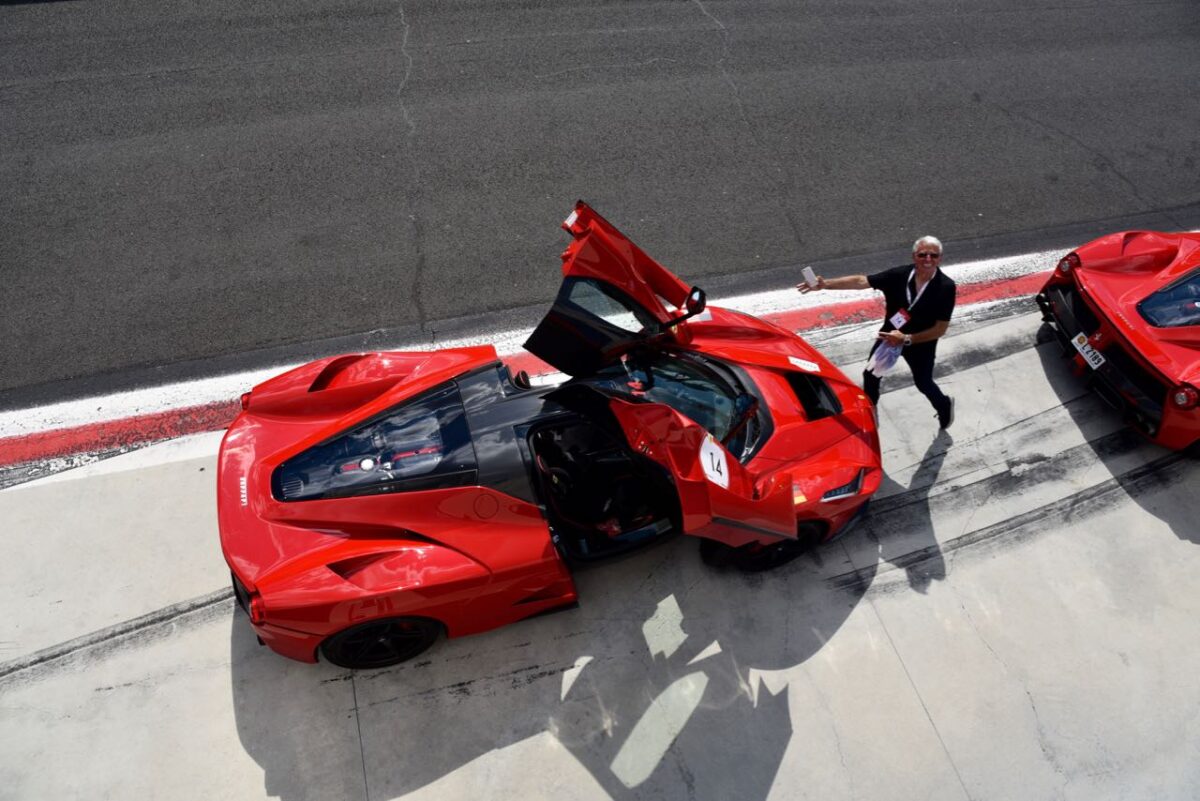 The Ferrari Cavalcade rocketed into its third day today. With yesterday’s time trials and hiccups out of the way, we were expecting things to be a little smoother…but just as much fun.

I couldn’t see myself as a Ferrari owner before this trip. It was a symbol of success, but not one I was particularly interested in being a part of. These past three days have undoubtedly converted me.

I’ve watched people line the streets just to catch a glimpse of the 105 prancing horses as they cruise by. Everywhere we go, we’ve been met with cheers and the international sign for ‘give it some gas.’ It’s been not only unforgettable, but an honour to be involved with this experience. Ferrari is Italy, Italy is Ferrari, and the patriotism is truly contagious.

“At one point there were twelve LaFerraris parked in pit lane – at $AU1.7M each, you can do the maths.”

Once again, I was joined by a new co-pilot today. My partner-in-crime was a cool Swiss gentleman – a freelance journalist and avid watch collector, who wasted no time spotting my IWC Big Pilot. He sported a G-SHOCK Gulfmaster in vibrant Ferrari yellow.

Today’s course took us up to Orvieto through 160 kilometres of stomach-churning road and postcard-worthy towns. Our Ferrari California T’s 418 kW turbo-charged power plant dealt with them quickly and easily.

The gearbox in this car is an absolute dream, dropping in and out of Tiptronic and automatic with little fuss. The sound produced may not be as aggressive as its cousins, but it doesn’t matter when you’re driving a bloody Ferrari.

The highlight of today’s agenda was our visit to the Autodrome Vallelunga racing circuit just outside of Rome. Picture it: a handful of the world’s most incredible cars, all on one racing track. Seeing the likes of old Ferrari F40s and even the new 488 in full flight was a sight to behold. At one point there were twelve LaFerraris parked in pit lane – at $AU1.7M each, you can do the maths.

I paid 20 Euro for my rented crash helmet, grabbed my Italian racing driver mate Donato, and made like the wind onto the circuit. After 20 minutes, our time with Autodrome Vallelunga and the Ferrari California’s traction control came to an end.

Tomorrow is our last day here with the Ferrari Cavalcade. I’m sad to see this incredible trip end, but first: tonight’s Roman-themed party. Time to get my toga on. 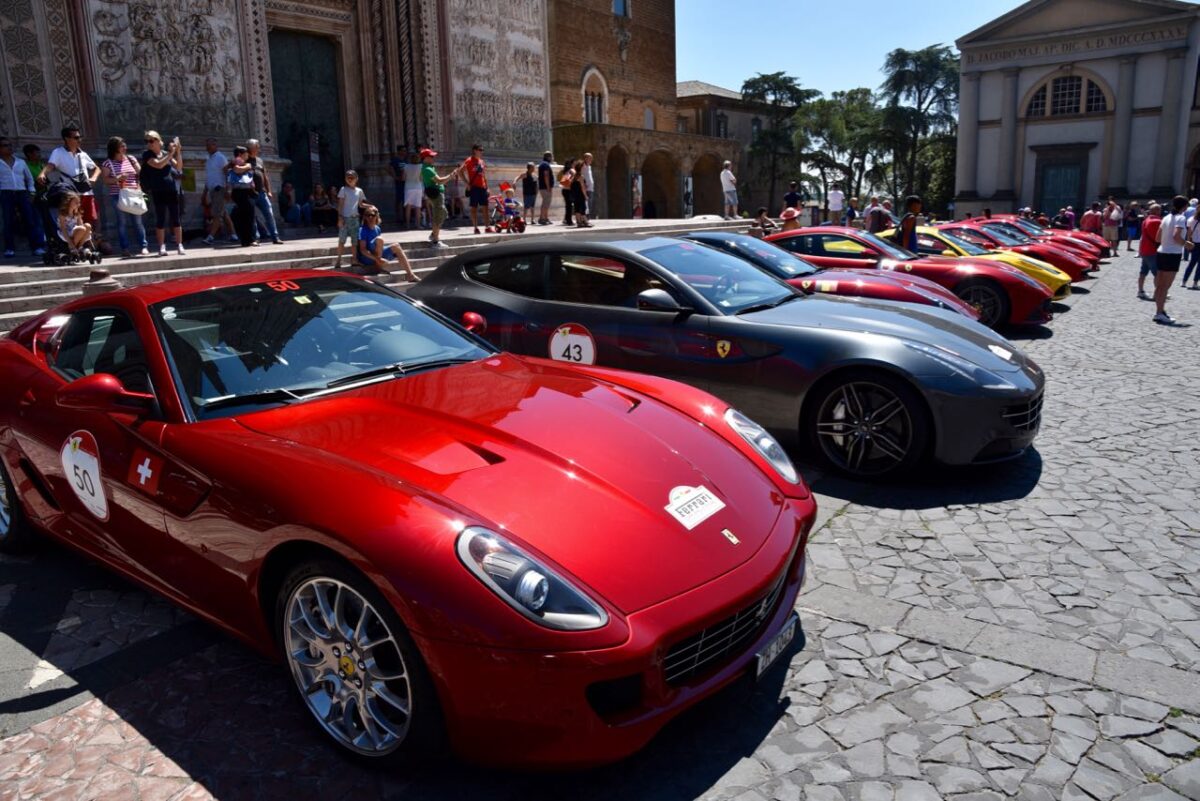 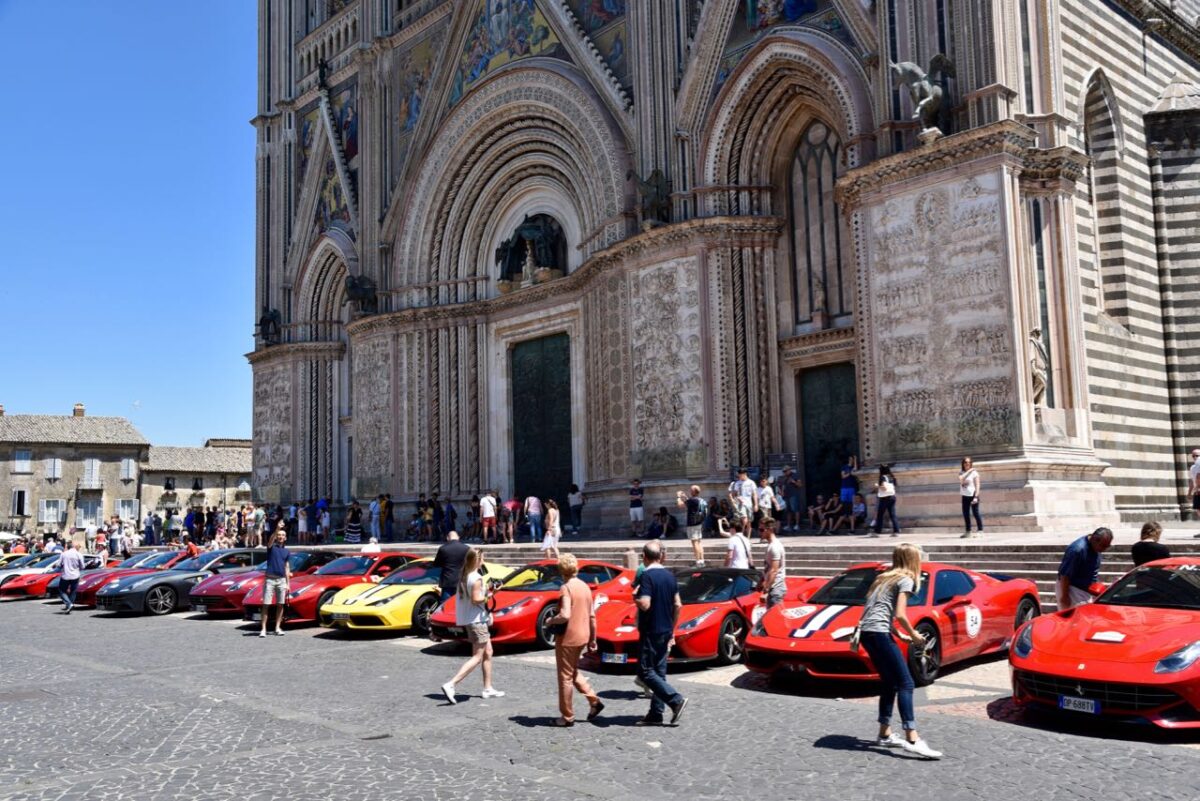 2 of 8
The Duomo in Orvieto 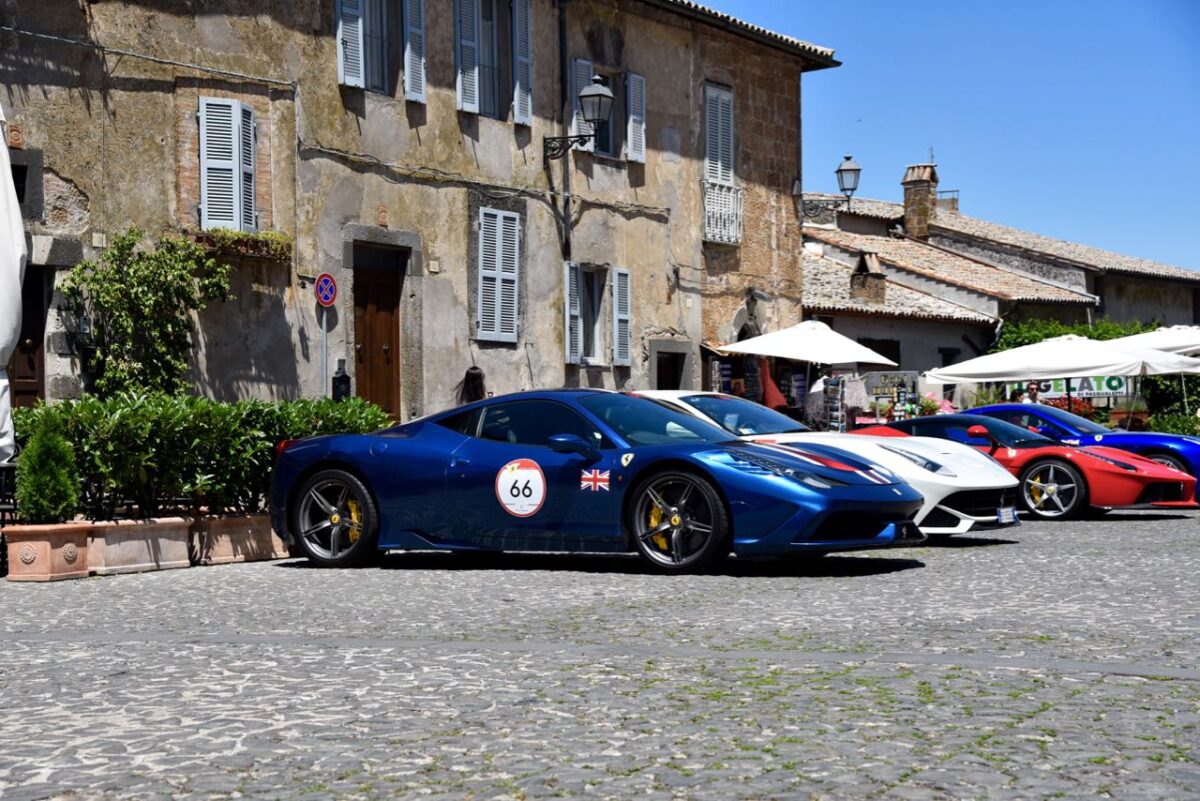 3 of 8
A personal favourite 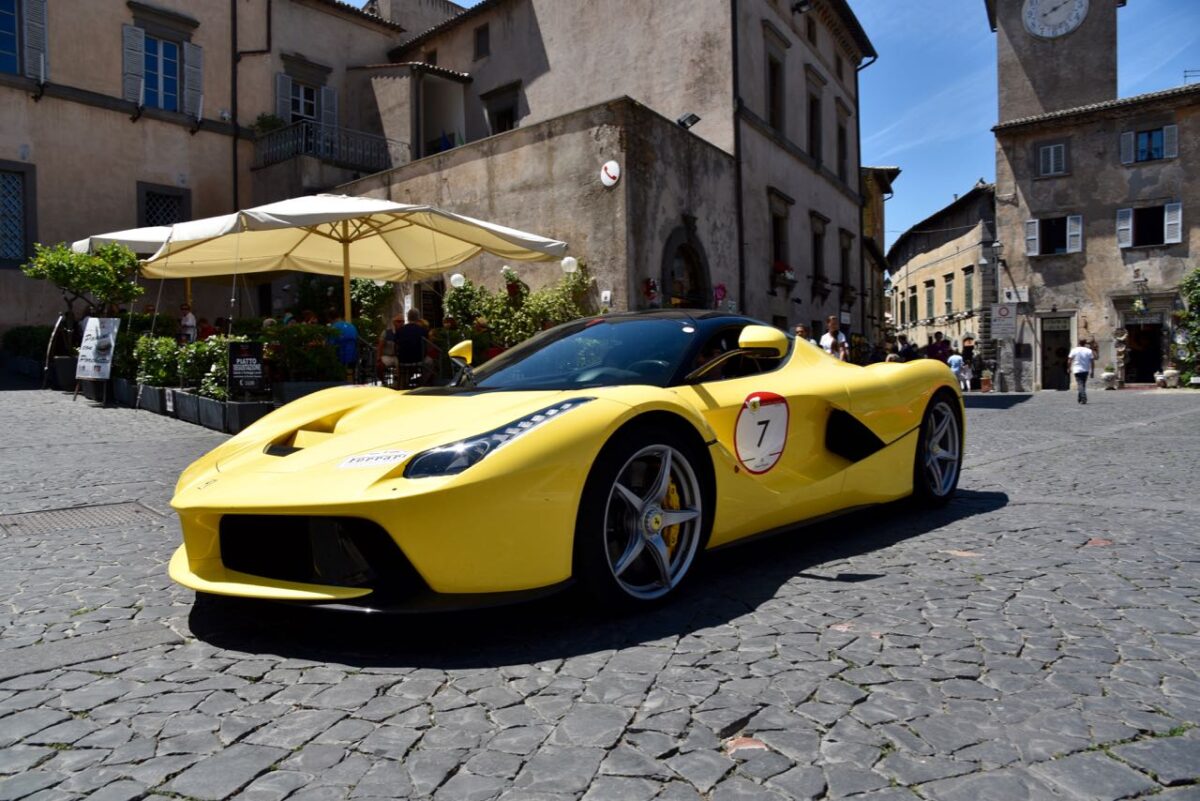 4 of 8
The impressive yellow LaFerrari 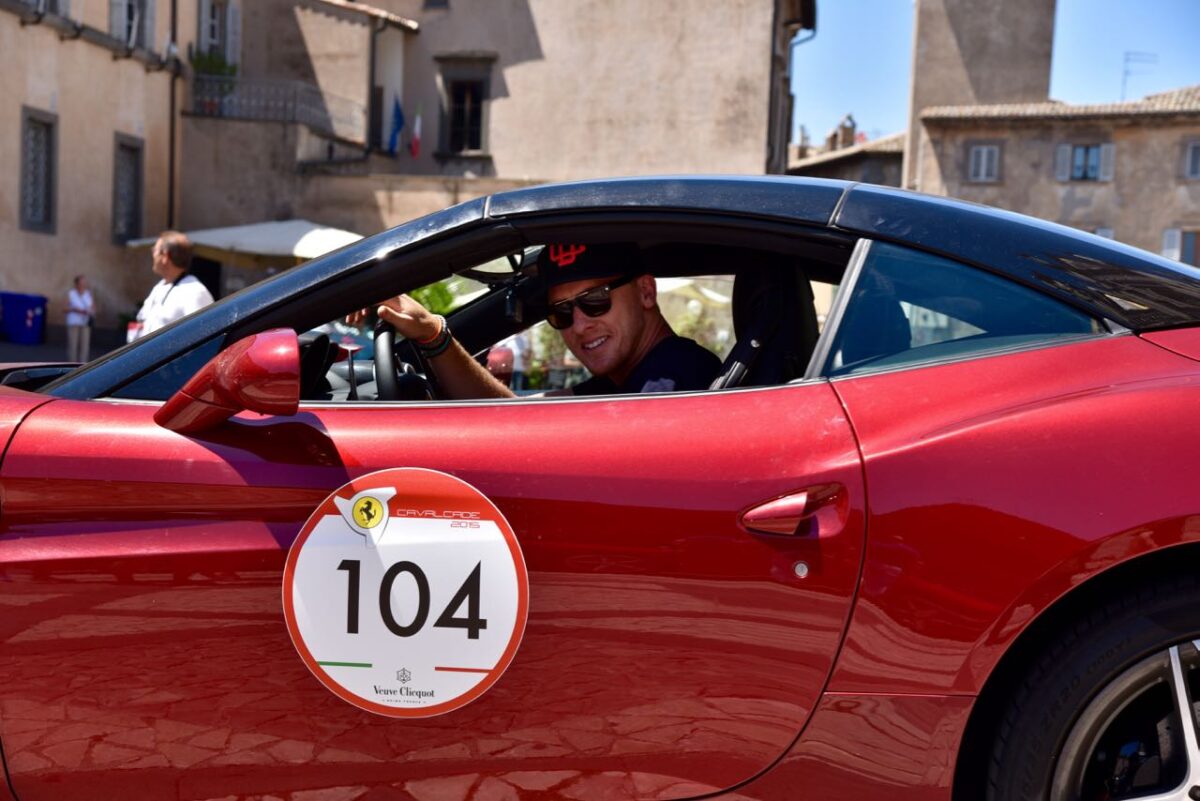 5 of 8
Me at the wheel of my California T 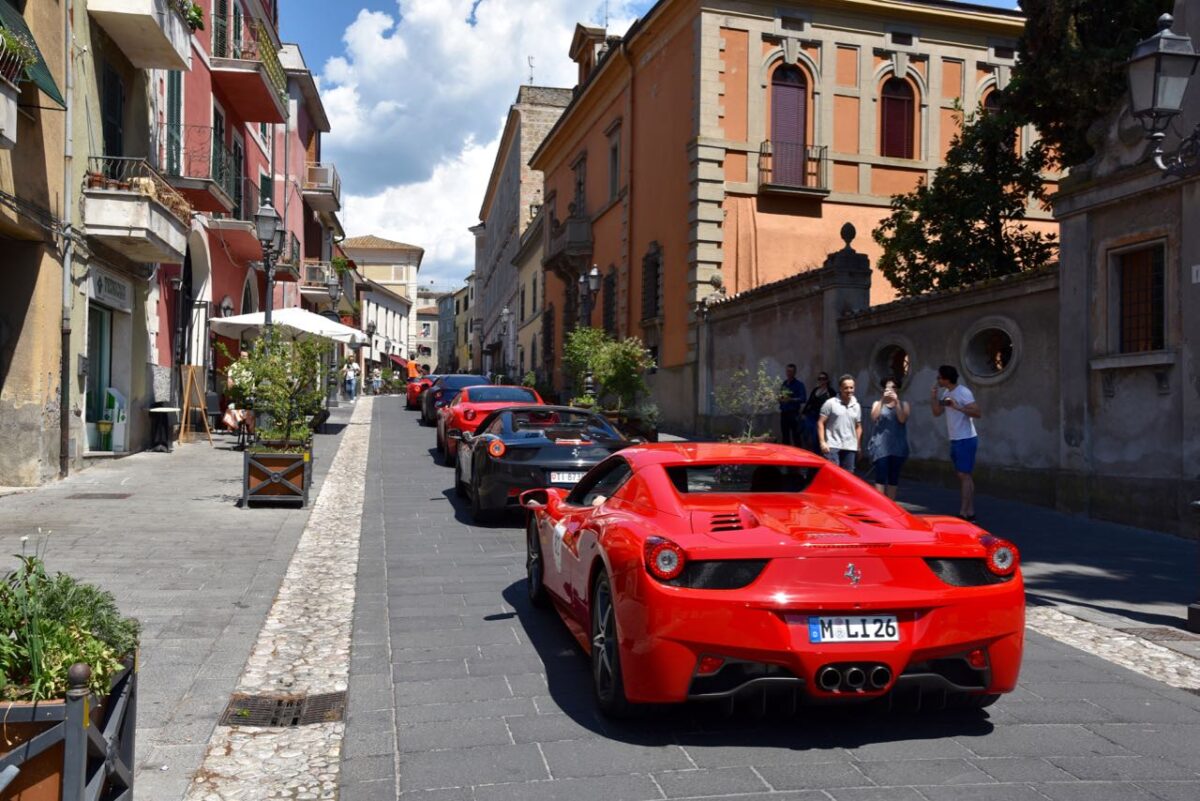 7 of 8
Our mate George and his LaFerrari 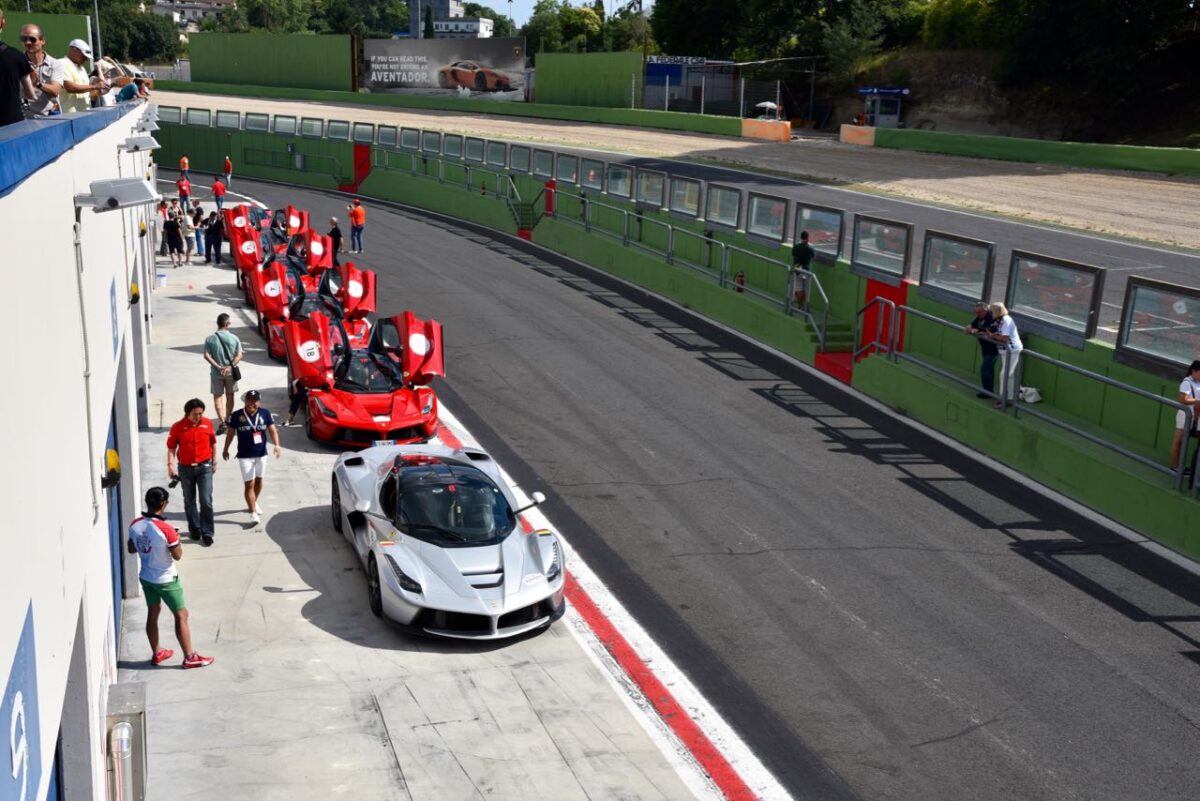