The 2015 Ferrari Cavalcade had been in my calendar for close to 3 months, so you can imagine my excitement when the day finally arrived.

This year’s event is the fourth Ferrari Cavalcade. 105 cars from 37 countries made the pilgrimage to Rome to take part. By some sheer stroke of luck or goodwill, I found myself piloting the 104th prancing horse on the starting grid.

My co-pilot for the trip was none other than a straight-laced German journalist named Wolfgang, who immediately told me I could talk to him once I’d done Nürburgring in under 10 minutes. Our relationship was taking off like a wrought iron hang glider.

“It was a speed test on a two-mile runway. My friendly German co-pilot and I reached 250km/h before I closed my eyes and gave him the wheel.”

Day one began at 9am. With the actual time of departure in another timezone, we had a chance to inspect the other machines like the mighty LaFerrari hypercar, the 458 Speciale, FF, F12 and our modest (in comparison) but hard working California T. Truth be told, the Australian flag they had stuck on the car tugged at my heartstrings.

The biggest shock of the day came when we were given a navigation book. Yes, a book. That’s when you realise Google Maps won’t save you and you proceed to listen very carefully to the morning brief. Thankfully, Herman the German was on navigating duty today. Got to love German efficiency in times like these.

Navigating Rome traffic can only be described as “challenging” but pedestrians do tend to get out of the way when you’re in a Ferrari. In my case, driving on the opposite side of the car and road meant it’s the parked cars that posed the greatest problem. The constant shouts of ‘nein’, ‘don’t let him in’ and ‘schnell’ were a reminder that whatever I was doing, I was doing it wrong.

Our first stop of the day was an Italian air force base just outside of Rome. We were greeted with salutes and men (and woman) waving us in like they were landing an A380. Once inside, it was a speed test on a two-mile runway. My friendly German co-pilot and I reached 250km/h before I closed my eyes and gave him the wheel. Mission accomplished.

We then ventured a few kilometres down the road to the seaside town of Ostia, where we had a quick lunch before departing for our next checkpoint. That’s the stage where shit got real.

Imagine blasting through the hills with a red 458 Speciale A on your tailpipe whilst trying to catch a silver LaFerrari up ahead. Over 25 kilometres of tight, windy roads led us to the next checkpoint in a small village before a decent into Rome concluded the day.

After jumping out of the car, we immediately made friends with the drivers we had been racing. Praise flowed freely, and there was a real sense that everyone was there to do just one thing: enjoy the Ferrari brand and be part of the illustrious Italian family.

Tomorrow we’re off to the Vatican and the Pope’s holiday residence, because even Popes need to get away from it all. 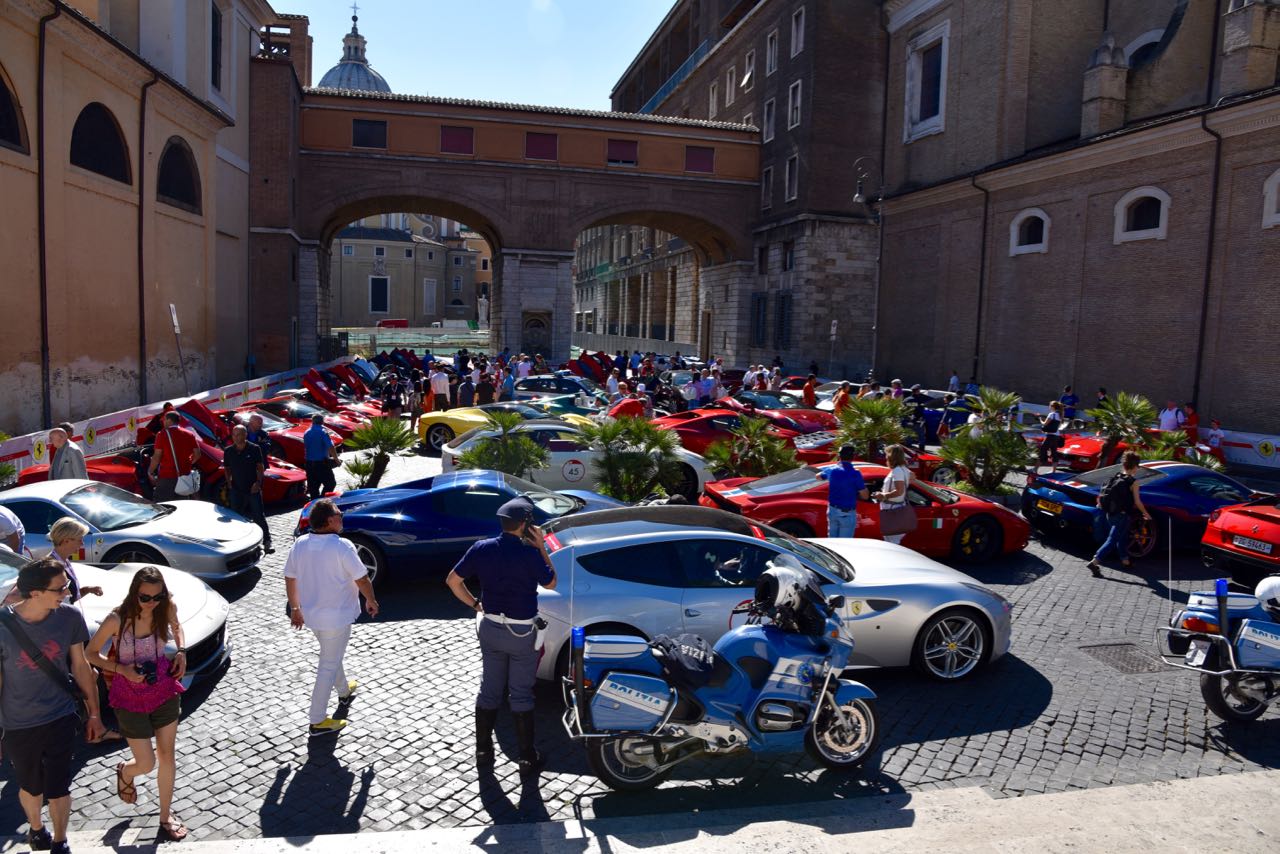 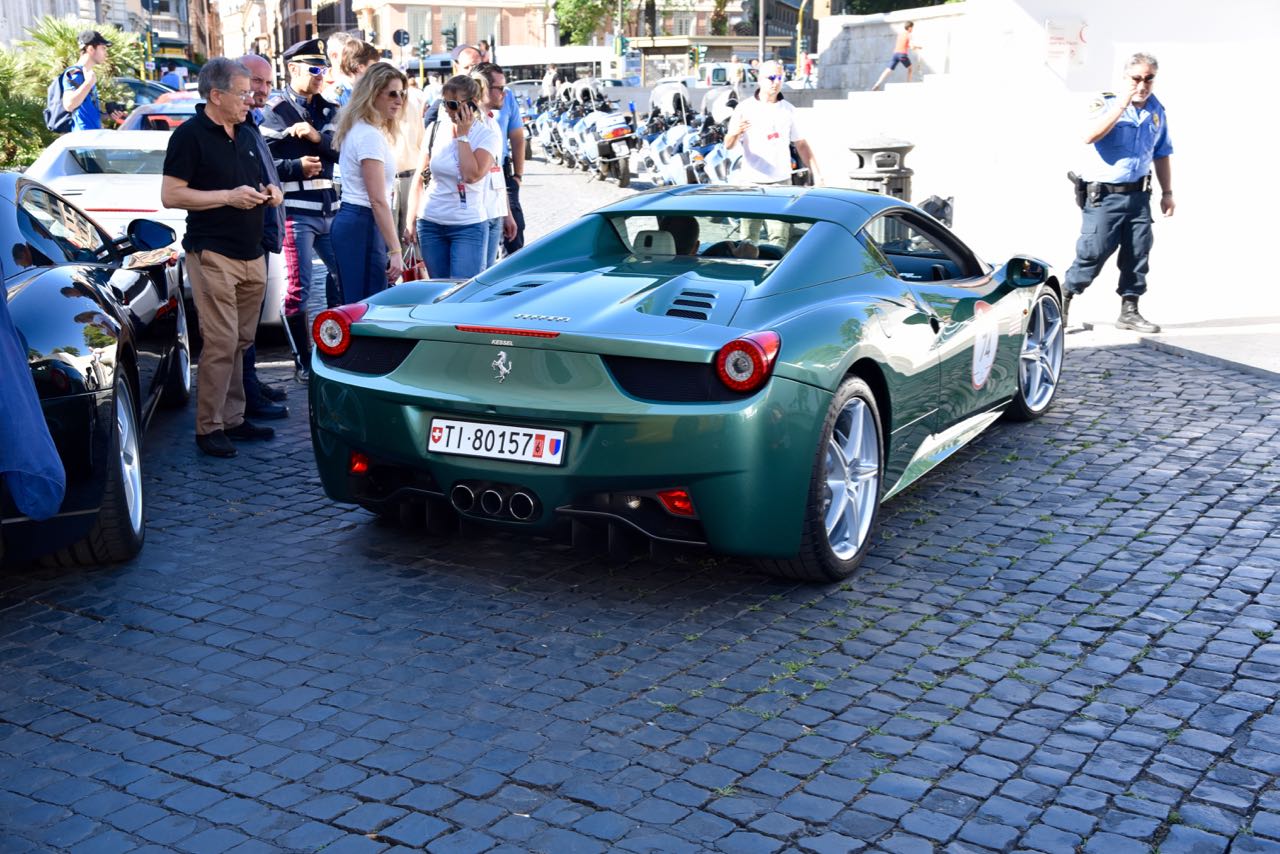 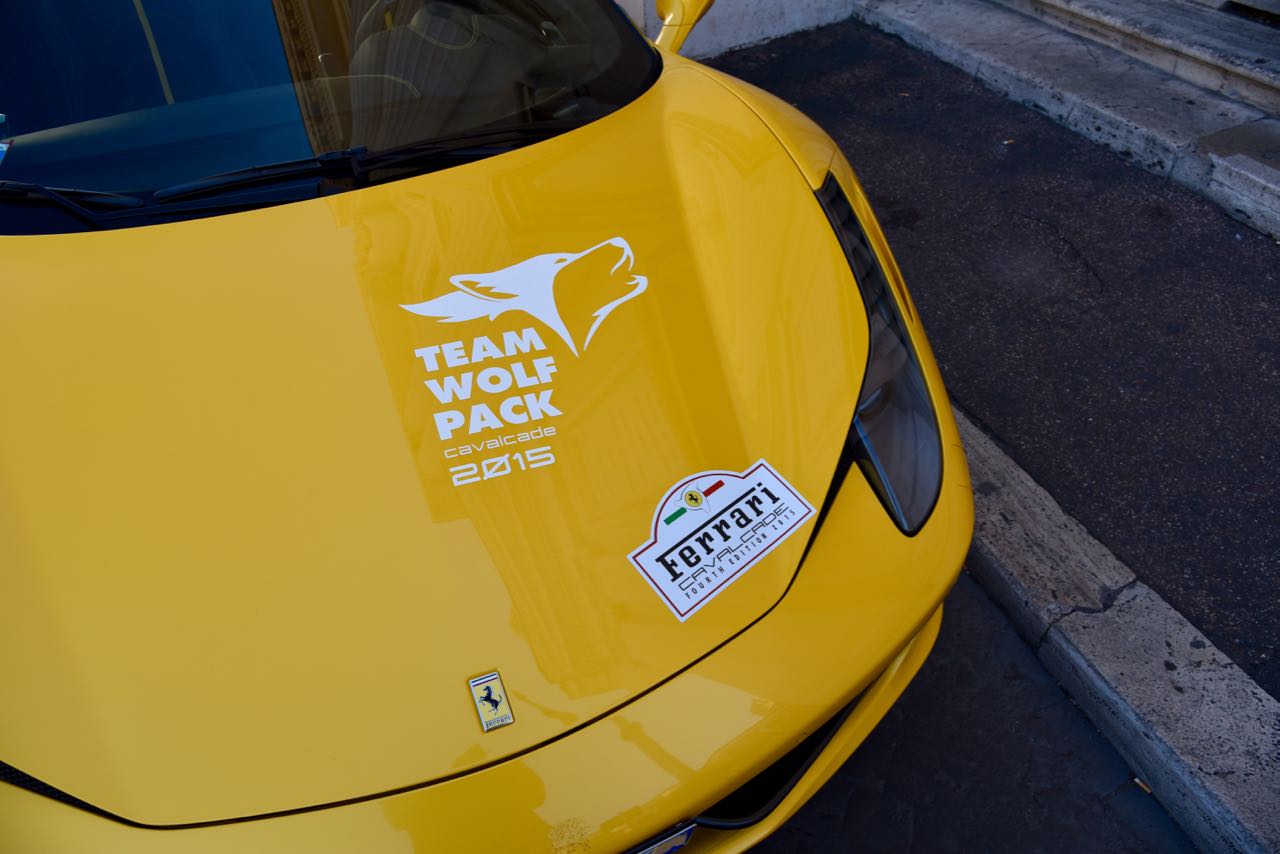 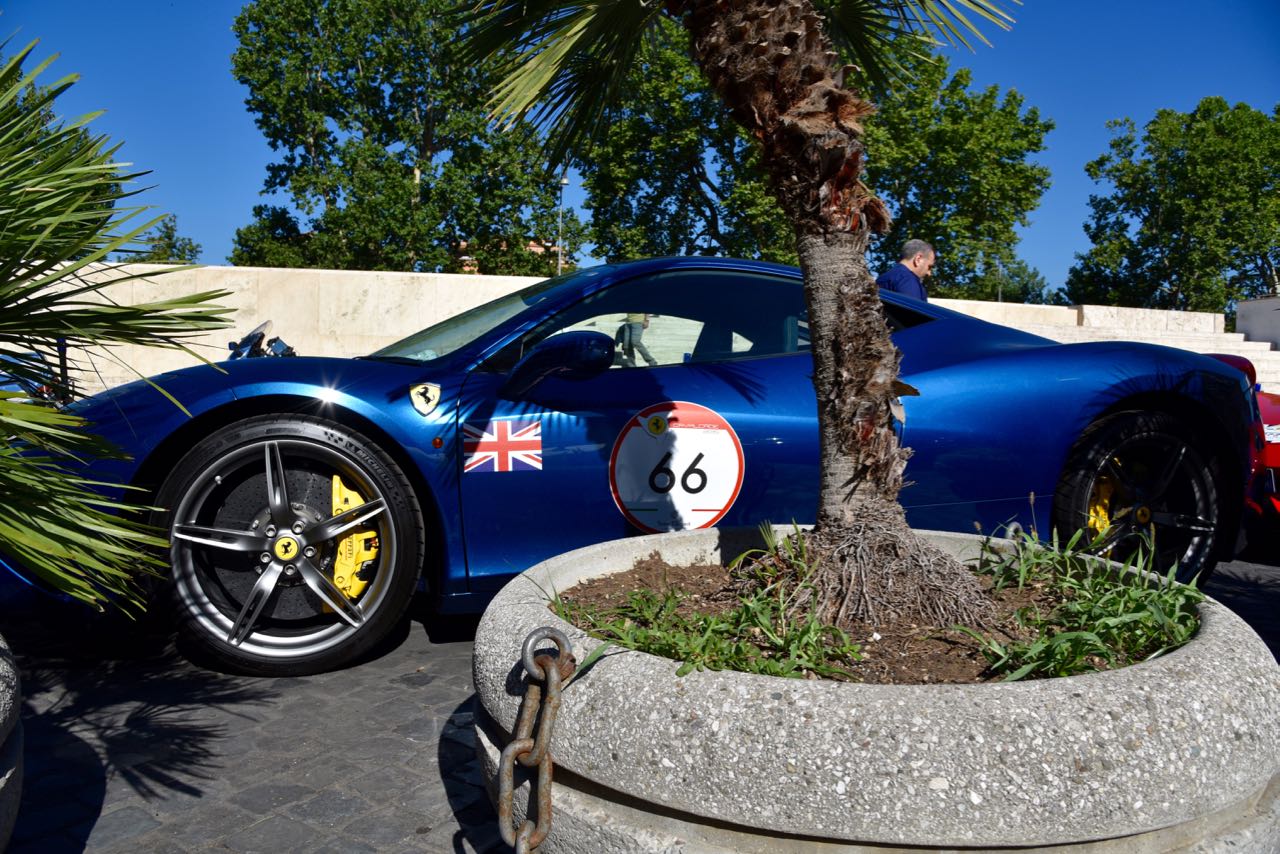 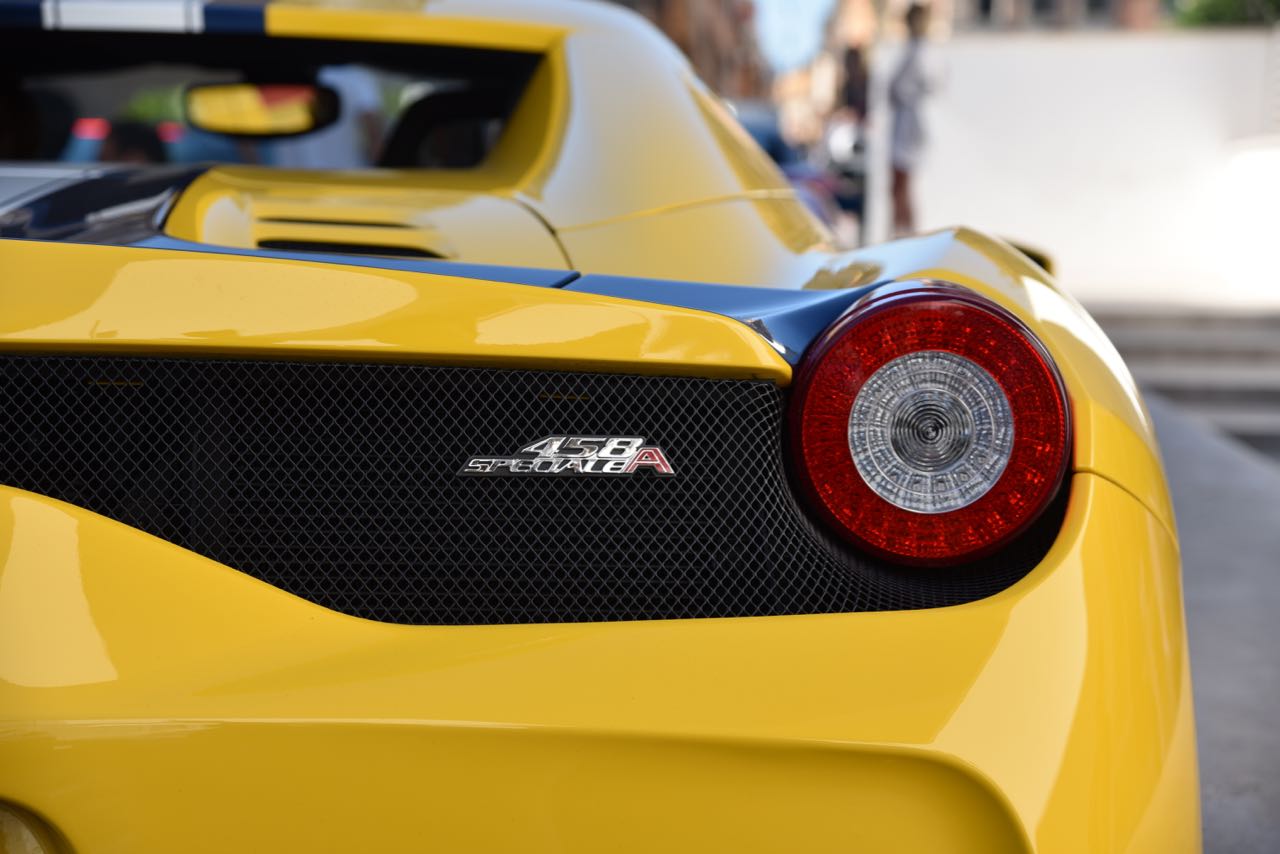 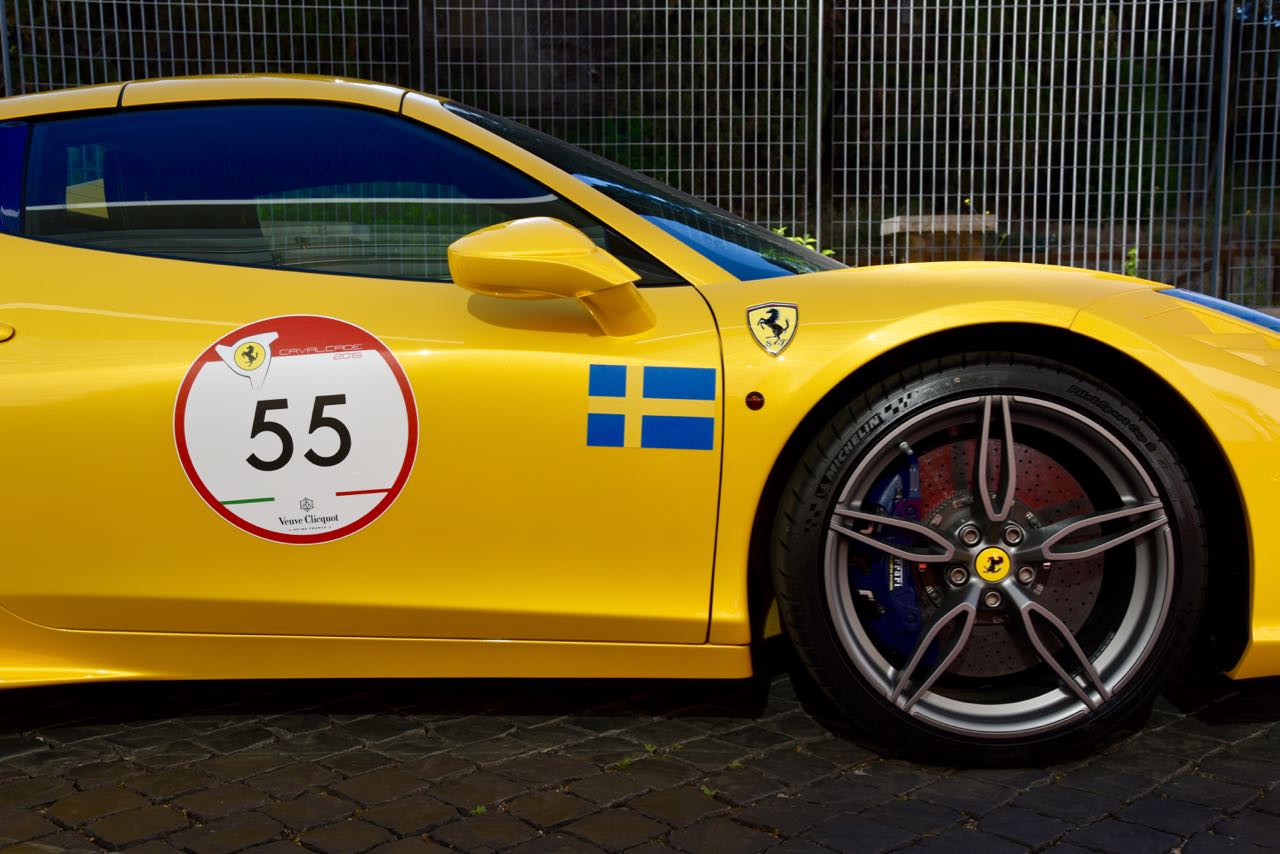 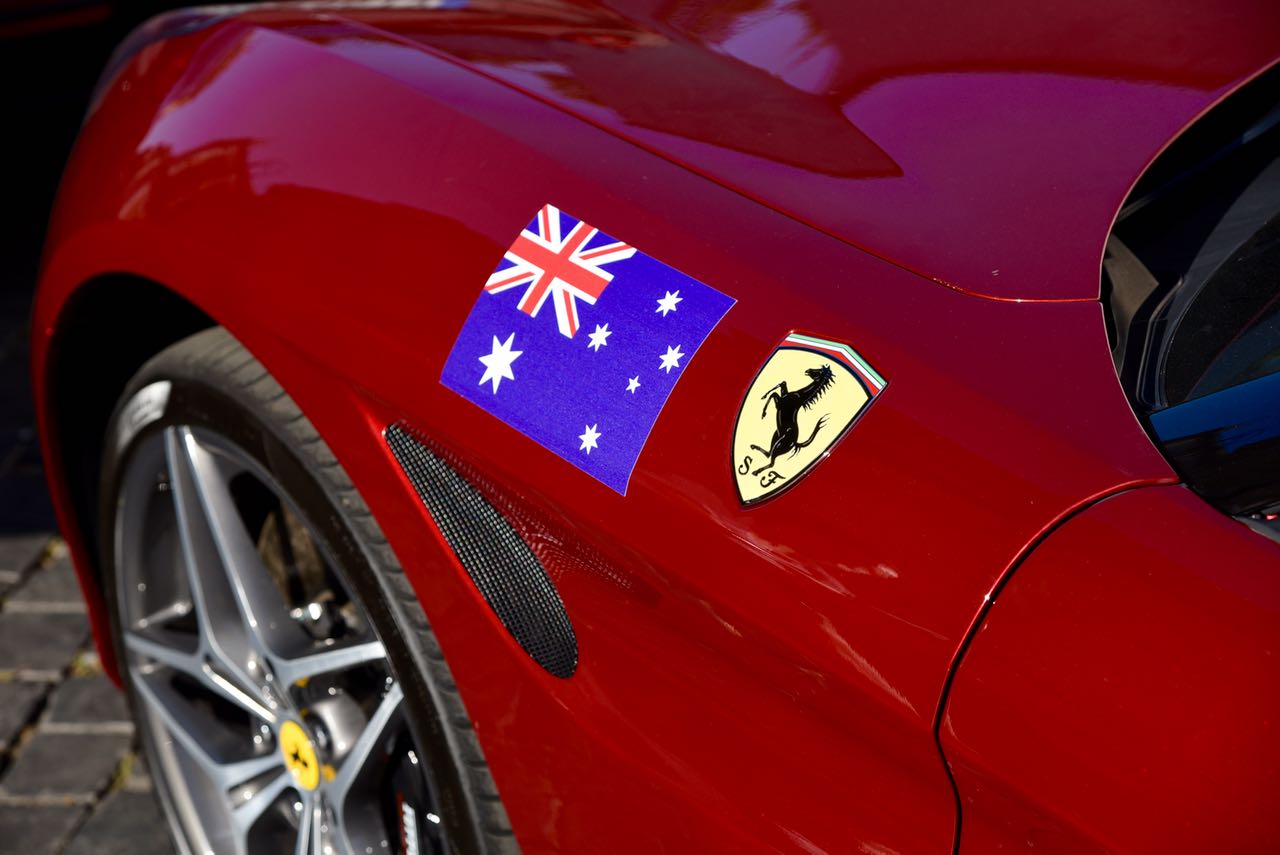 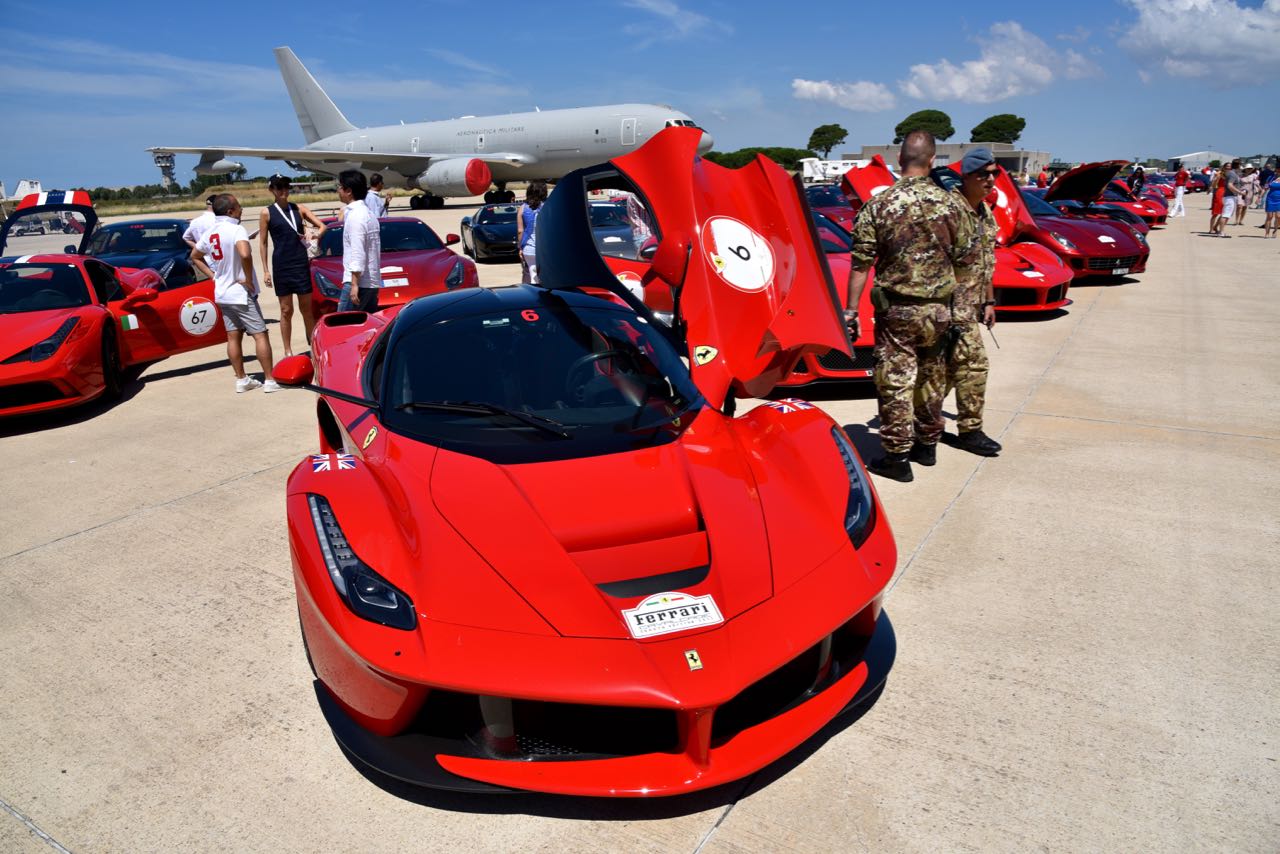 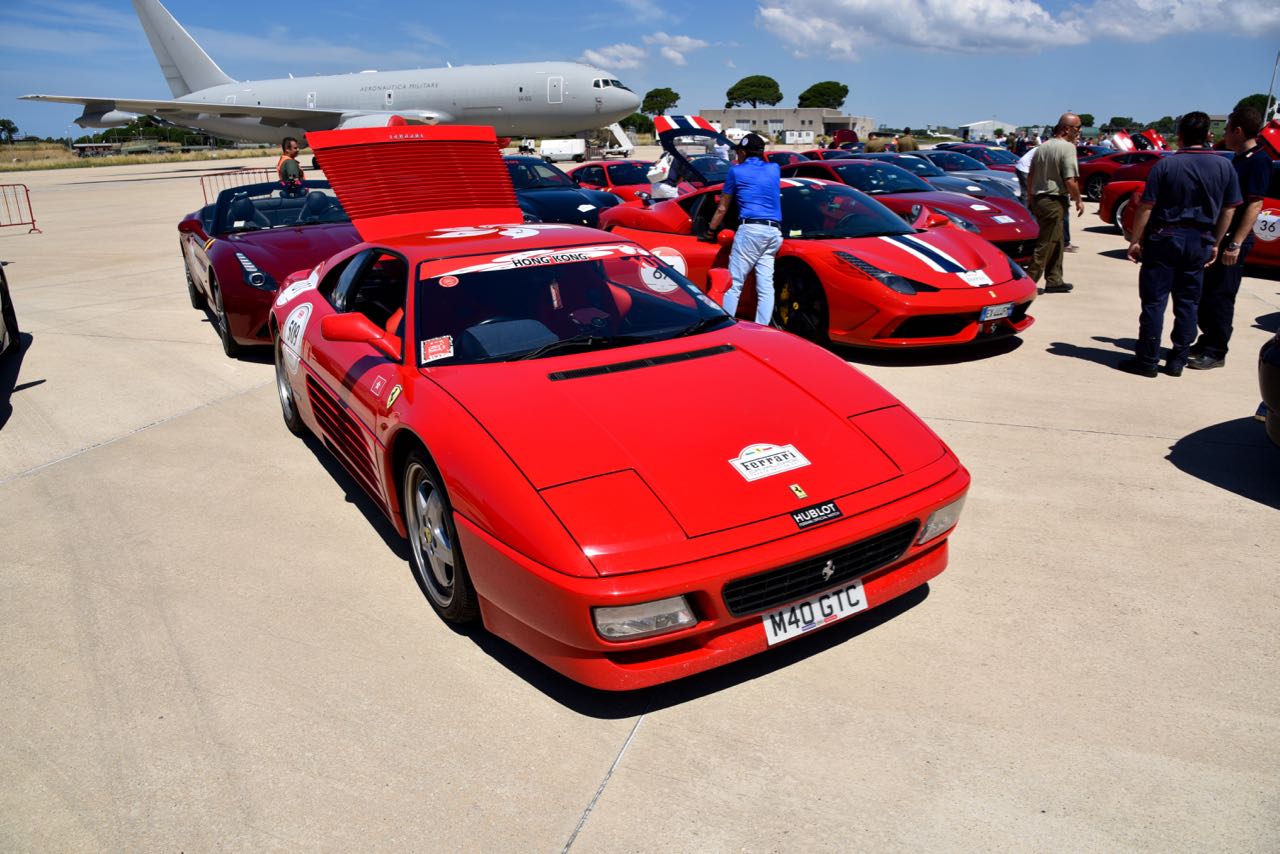 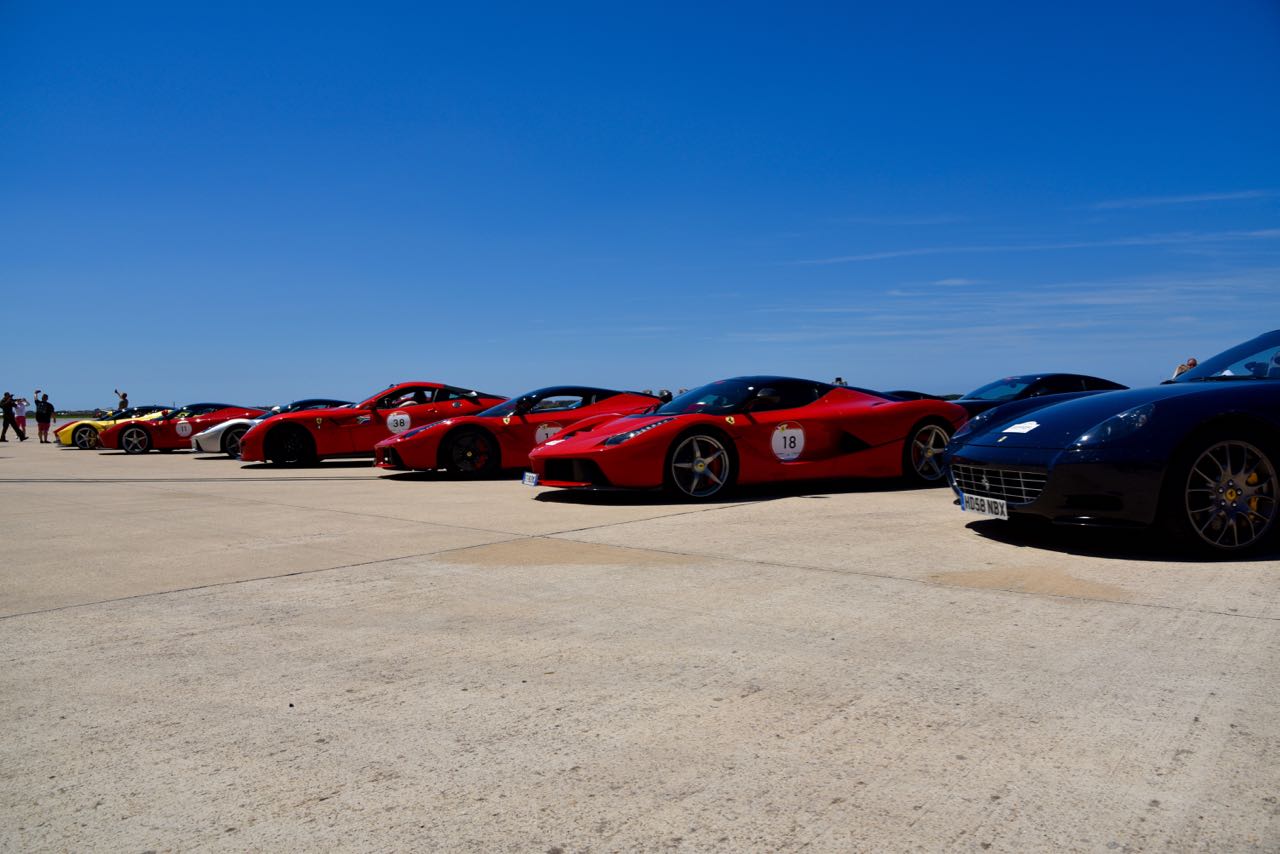 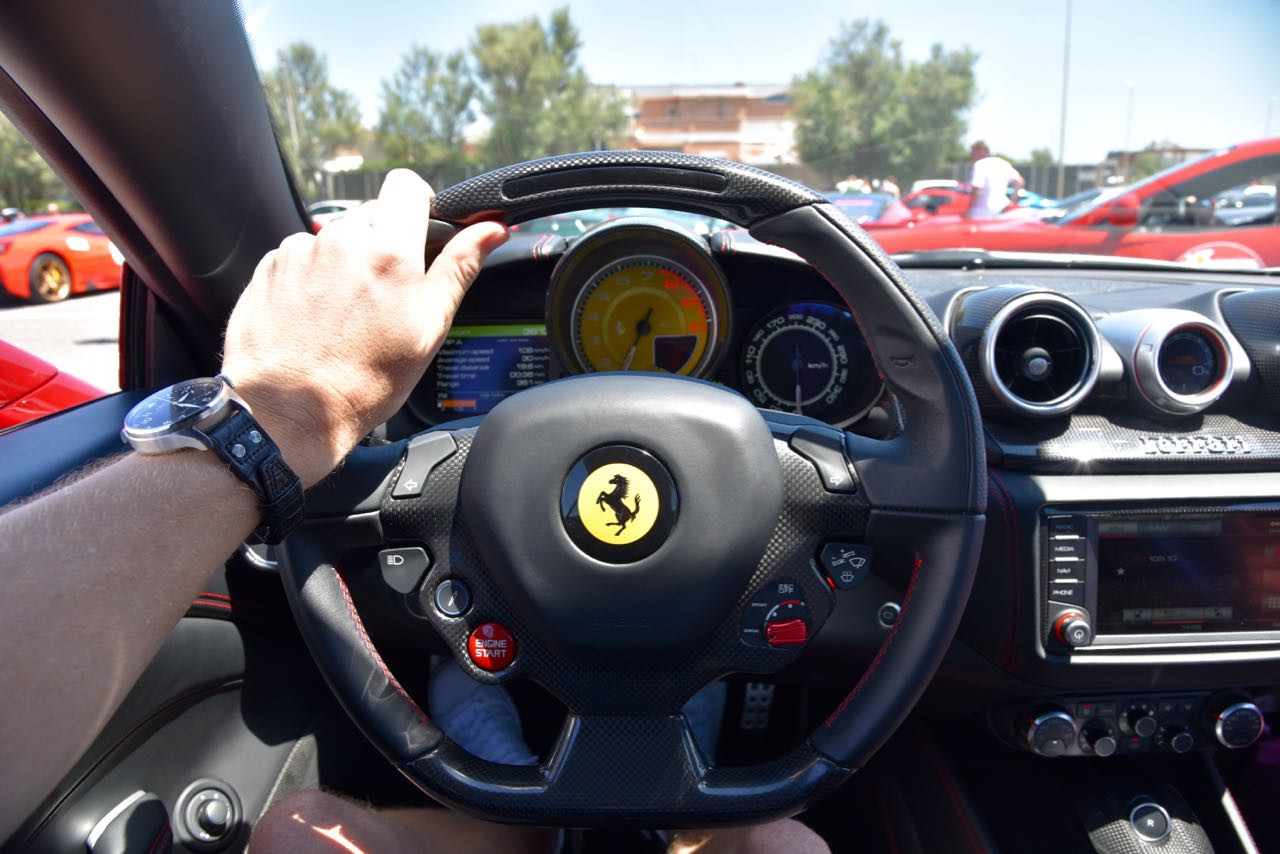 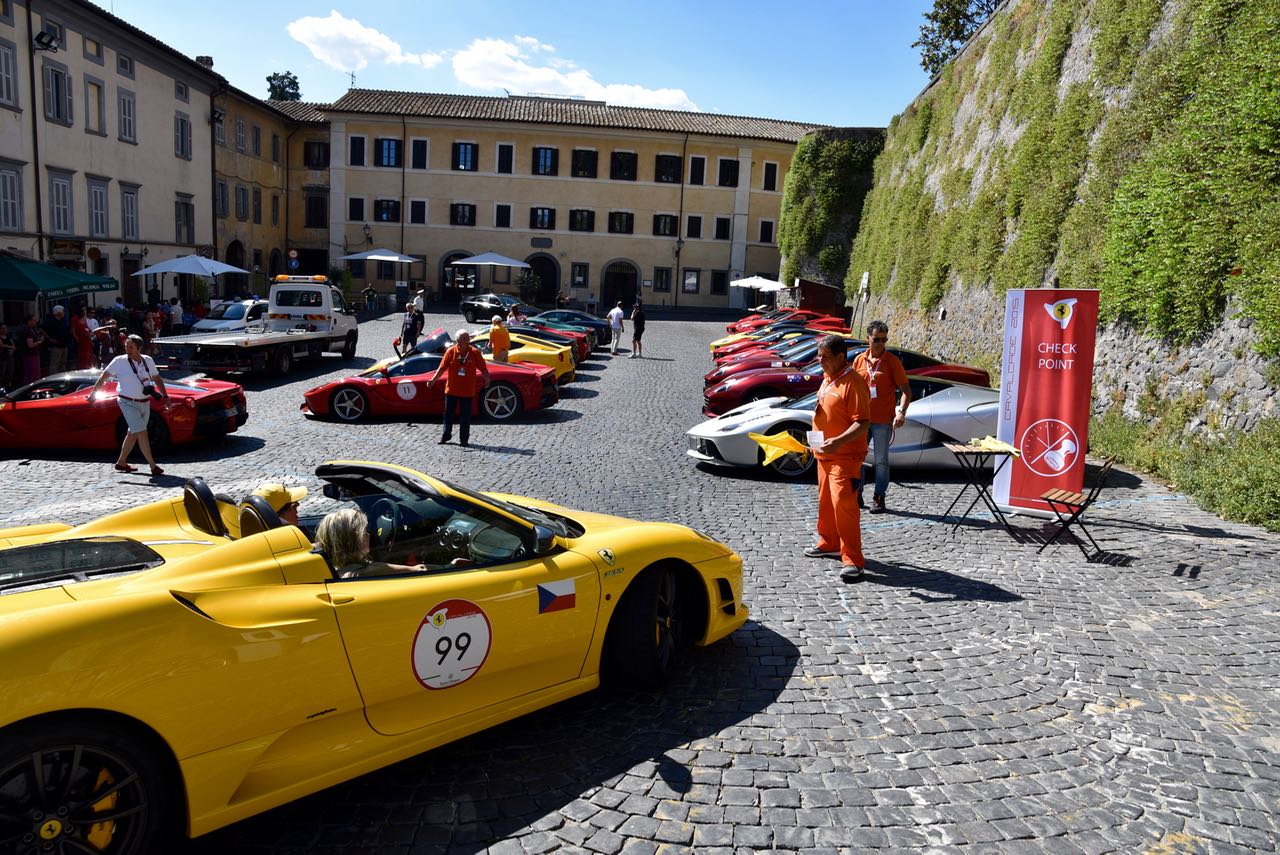