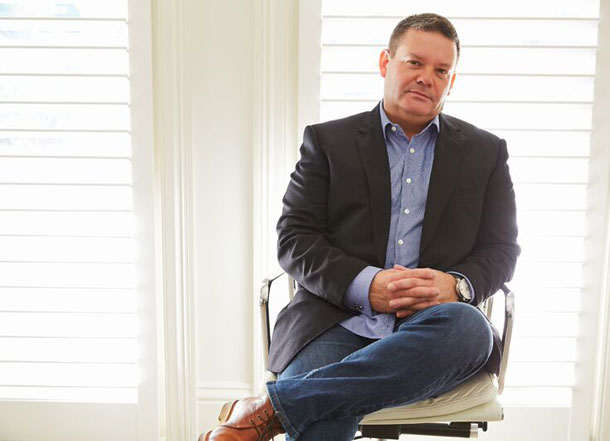 MasterChef’s Gary Mehigan has several wardrobes at play, given that he might be hosting a TV show one minute, and walking the dog in the park the next.

His upcoming series Far Flung with Gary Mehigan takes him to exotic destinations – Laos and India among them – but it’s clear that his wardrobe (and food persuasion) caters to all pit stops. Rachelle Unreich caught up with Gary for a one-on-one chat to talk style and life beyond the kitchen.

RU: I don’t think I’ve ever come across a celebrity who has so little personal stuff written about them! Journalists tend to stick to food questions with you. What’s the deal?

GM: We have this little joke on MasterChef – when it was the second year, we were filming up in Sydney, and I remember George and Matt getting papped a couple of times.

They said, ‘How come you don’t get papped?’ And I said, “I reckon they followed me and have gone, ‘This guy does nothing. He goes home, walks his dog, takes his daughter to the swimming pool. So boring. Let’s go and follow somebody else.’”

“When I worked in London for almost eight years, I worked very hard in Michelin-star restaurants, almost to have the right to cook a recipe.”

RU: How would you describe your style on the show? You seem to lie in between George’s t-shirts and Matt’s cravats.

GM: They’ve done the market show, and I’m the one people trust. I’ve often said, ‘Can you get me out of these suits?’ but [the executives] like me in shades of [the same colour], and comfortable. People expect us to look the way we do.

George is the younger guy who can be a bit out there, so he gets to wear bright-coloured runners with jeans and a waist jacket if he wants.

I feel really comfortable in a suit; a really beautiful, well-made suit is for me more comfortable than jeans and a t-shirt. I can wear a suit all day and not feel like I’ve got to change my clothes.

RU: I once heard you correct a radio host’s vocabulary – are you a stickler for correctness and detail?

GM: I’ve always been a stickler for doing things right. It’s almost like the dignity of labour, although it sounds terrible. When I worked in London for almost eight years, I worked very hard in Michelin-star restaurants, almost to have the right to cook a recipe.

You worked hard doing everything right – chopping everything properly, being as fast as you could and having a technique for everything, so that you earned the right to cook that. Back then, kitchens were very hierarchal. Now, when there’s a young kid you push them as hard as you can, because you know they’re going to lose interest.

They think they have the right to be the head chef, the sous chef, even though they’re only 21. I don’t have a problem with that; I think the world has changed. But still I have to do things in a particular way.

RU: Being born and raised in England, do you feel more Australian or English?

GM: I feel absolutely Australian. I’ve been here 24 years and I knew from the day I landed that I loved it. I remember sitting in Fitzroy Gardens at the top of the city on 10th April, 1991. There was blue sky, the leaves were just changing colour and I just went wow.

I’d come out of London, an amazing city, but unless you’ve got lots of cash to enjoy it, it tends to become about the drudge of going to work and going home. What Australia has given me is an amazing sense of optimism and freedom. I think Australians are just optimistic at heart, the ‘yeah, it’ll be fine…’

“People ask me if I’ve been to The Fat Duck in Melbourne, and no, I haven’t.”

RU: What did you always want to spend money on if you made enough?

GM: My concessions to having extra money are travelling. I have nice things but I don’t mind if they go away. I’ve got a nice house but I don’t mind if I live in an apartment. In fact, my wife and I joke that we were just as happy when we lived in our two bedroom apartment in Prahran.

Travelling is something that, when I get to death’s door, whenever that is, and I go, ‘I didn’t go to…’ That, I will regret. Whereas I don’t think I’ll regret not having a fast car. When I travel, I’m a big Francophile, so I love France. When people ask me what do you miss about England, I say, ‘France!’ And Italy as well.

I’m a foodie and completely obsessed so I travel for food most of the time. I go, ‘I want to eat that Amedei chocolate which is in Tuscany, or I want to go to Mugaritz restaurant in San Sebastian, Spain. I’ll do the research and book the restaurant, and then go, ‘Oh, there’s the Pantheon in Rome.’

First it is about the food. It’s an odd thing, and my family have gotten used to it. But my travel memories are very firmly fixed in food experiences.

RU: Do you tend to go back to the same restaurant twice?

GM: People ask me if I’ve been to The Fat Duck in Melbourne, and no, I haven’t. I’ve told Heston Blumenthal this – I think it will spoil the experience of the original [in the UK] and that was magnificent and unrepeatable. Some places are never the same when you go back.

But [restaurants aside], I love going back to old places in Australia because they’re fixed in my mind from when I first arrived. There’s a little spot between Lilydale and Healesville, you get a magnificent vista of the mountains in the distance going into the high country, and I still slow down and take it in because I remember driving through their first and going, ‘How magnificent is that?’

And even though it’s very cosmopolitan and everyone from Melbourne goes there, that beach in Noosa – I remember standing on it in 1992 and thinking, ‘My god, how lucky am I?’ I still go back and stand on the beach and I still truly feel very privileged.

RU: Is there anything in your wardrobe that really matters to you?

I’ve got a pair of simple style boots called Red Wing, an American work boot.  They normally last me about ten years and they get to a point of disgrace, and pretty much then I wear them to the park to walk my dog. My wife looks at me and says, ‘I think it’s time for those boots to meet their maker.’

Being on MasterChef, I’ve got lots of lovely shirts and nice shoes, and I’ve got a pair of those shoes on right now – they’ve become my new default. Royal Republiq – they’re really good quality, very comfortable and I feel a little bit posh in them.

My day to day tends to be nice shirts and polos, and if I find a particular jean I feel comfortable in, I just keeping buying them until they change the style.

But I do like nice things to tie it all together. I’ve got three coats I love wearing. I bought a coat that seemingly seemed ridiculously expensive, the young chefs came out and said, ‘That’s a crazy amount of money!’ But I’ve had that coat now for three years and it keeps me together, makes me look slimmer than I am, and can be worn with jeans and a t-shirt or worn when I amp it up a little bit.

RU: Do you dress up for the races?

GM: Yeah. I like Caulfield, it’s a mini-version of the big races [at Flemington] and because we have a company called Big Kitchen Events and this is our second year where we’re one of six caterers, it’s a work event now for me. And if I’m lucky, I get invited to the Birdcage and go to the Emirates tent where it’s all happening.

But I also walk my dog twice a day in the park, and what I love about that is there’s a mixed bag of people you would never normally meet in your professional life.

There’s a truck driver, a lawyer, a pharmaceutical salesman, someone who’s unemployed…don’t want to mix with big businessmen, and I’m terrible with celebrity names. Although occasionally I’m starstruck by people [who are in a field] I am interested in.

I love motorcycles, so I feel awkward about going up to people at the Grand Prix. And once Jeff Fenech walked into the room at an event I was at. I love him as a boxer, but he was also quite a naughty boy…I asked for a photo and he said, ‘Only if I can get one, too.’ 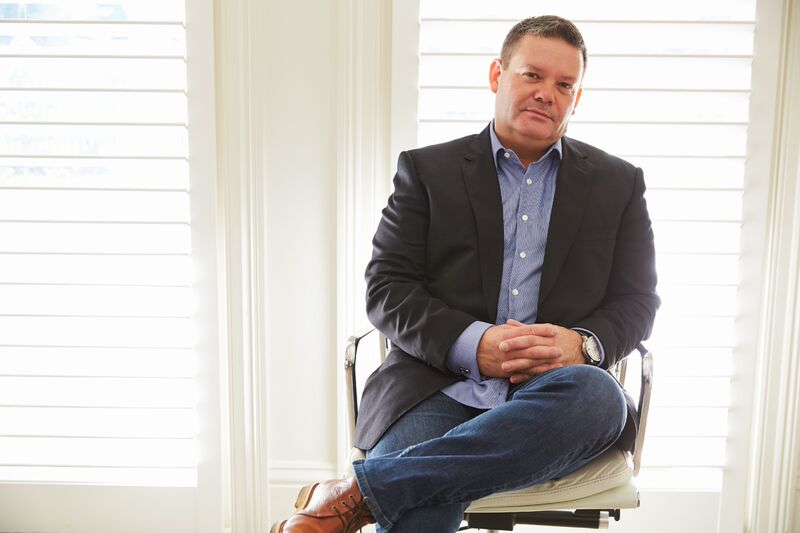 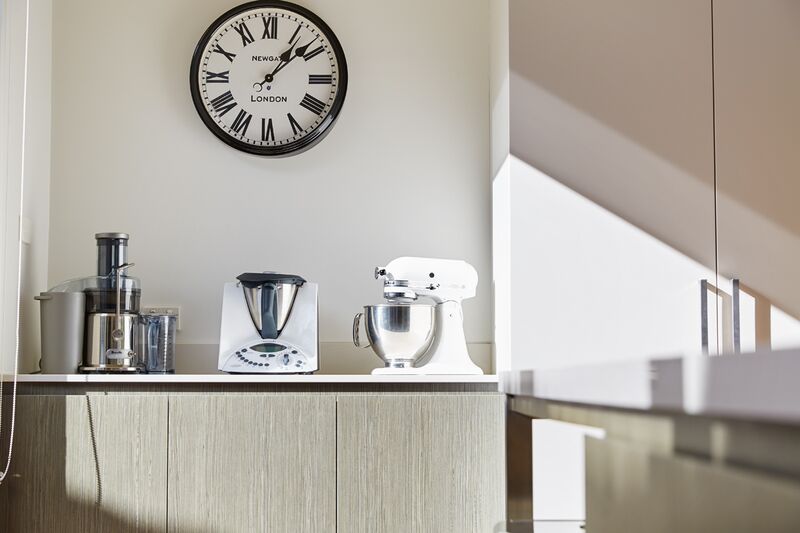 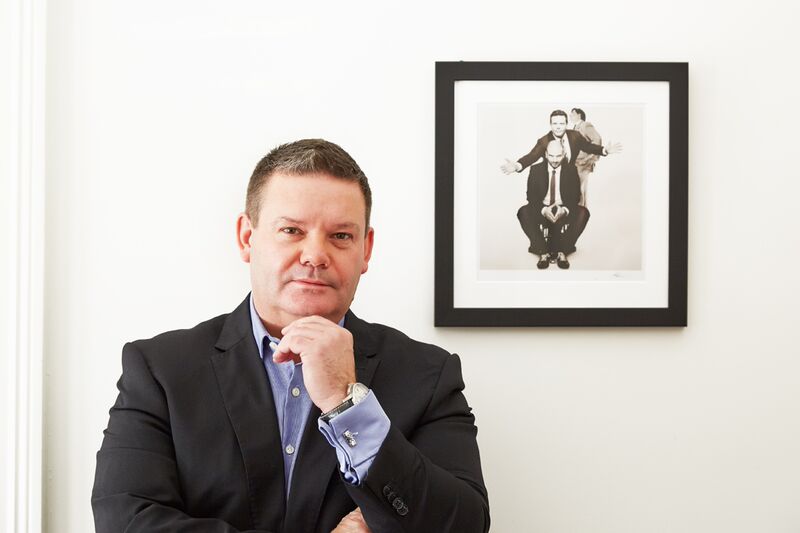 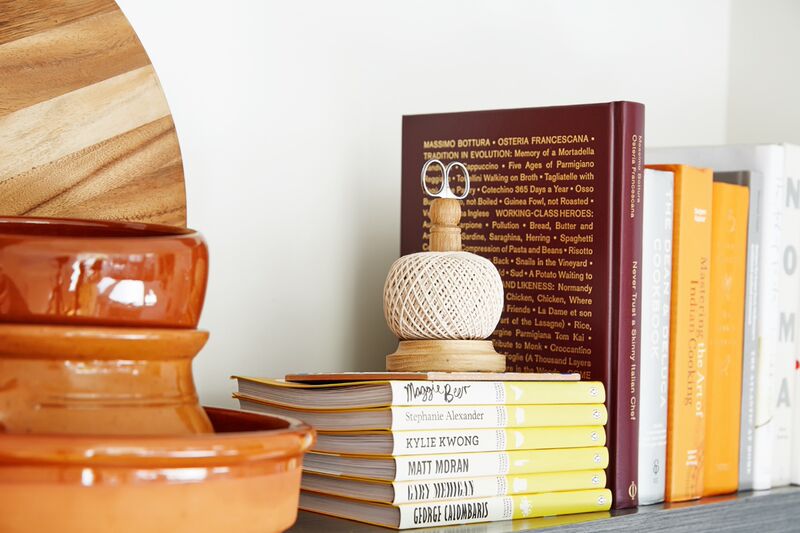 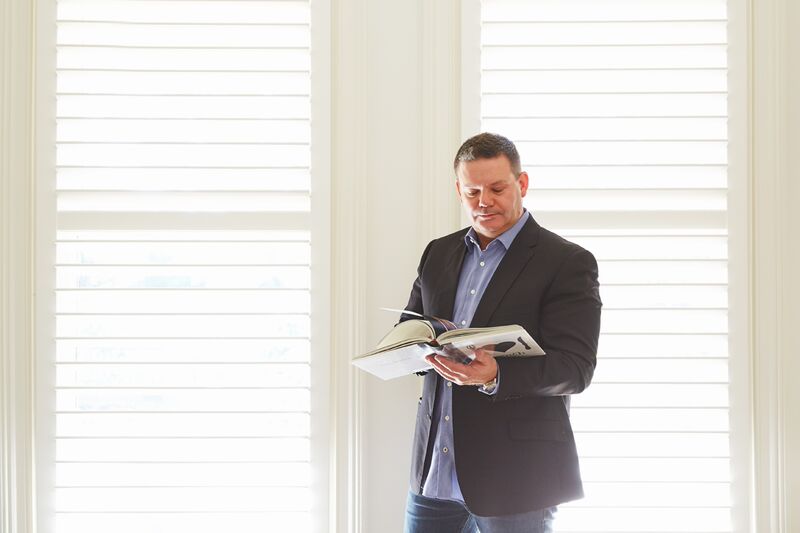 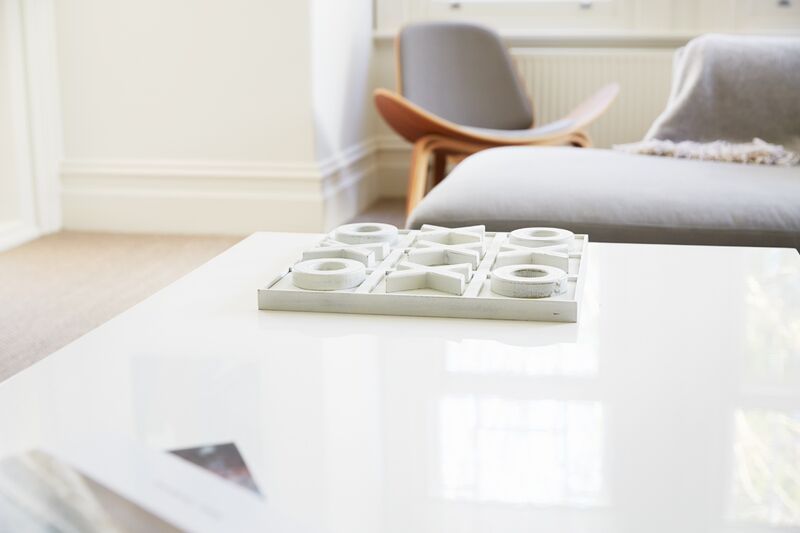 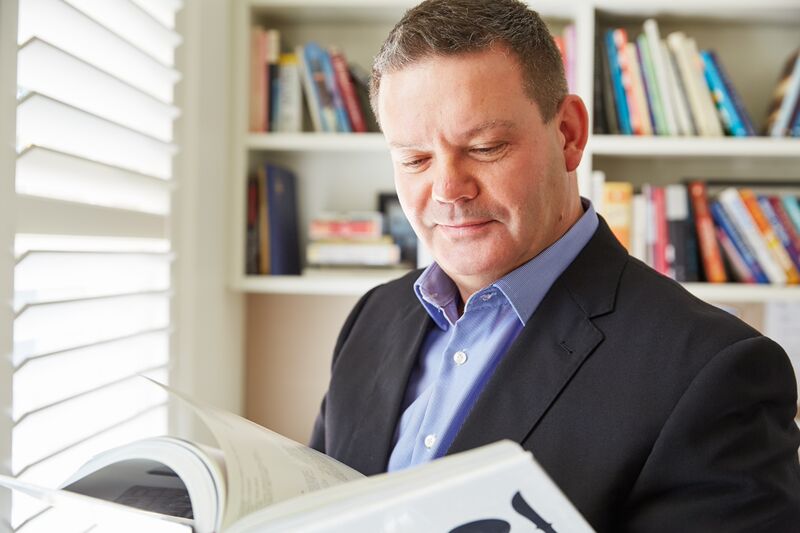 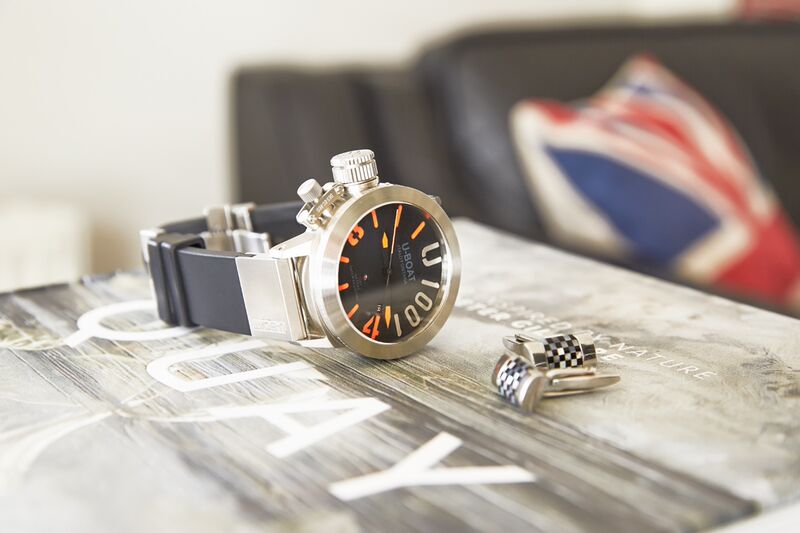 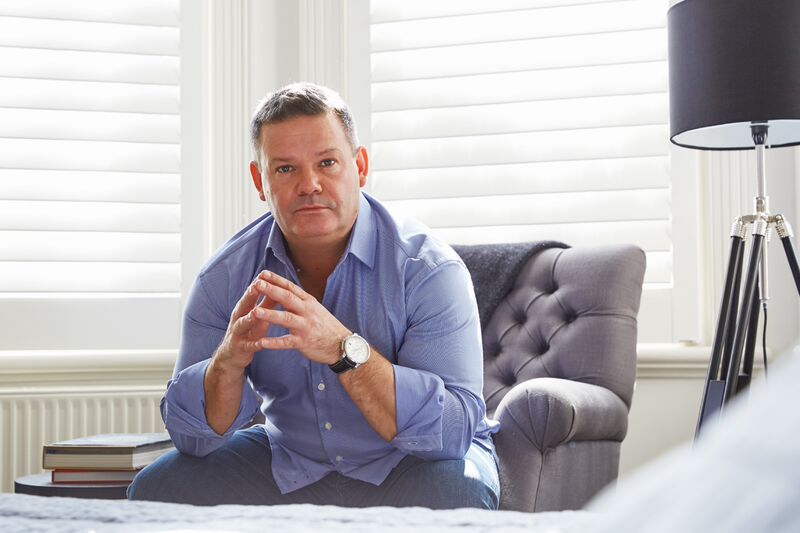 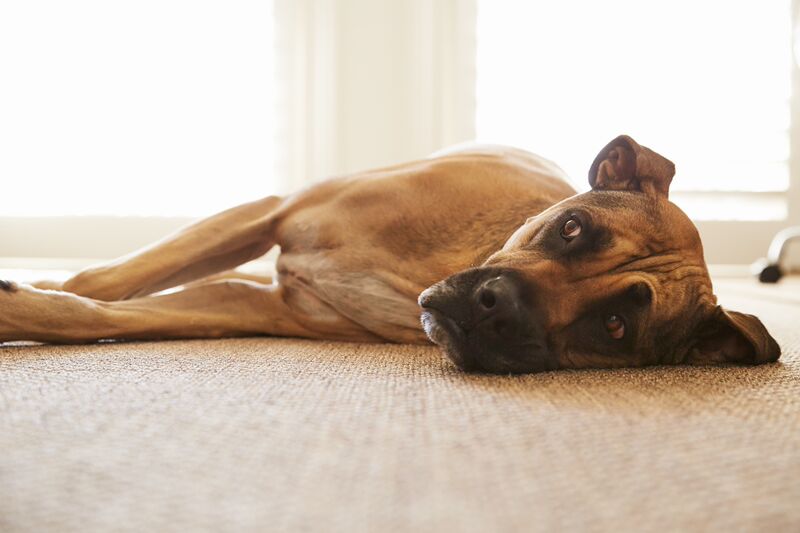 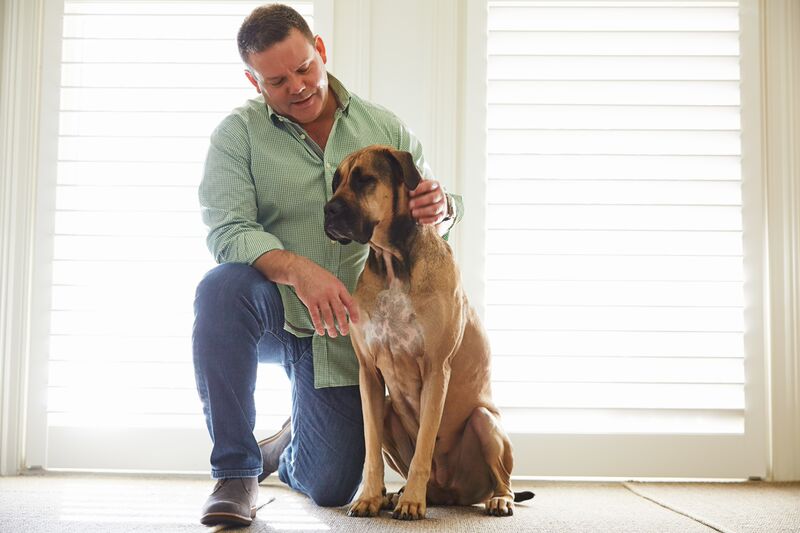 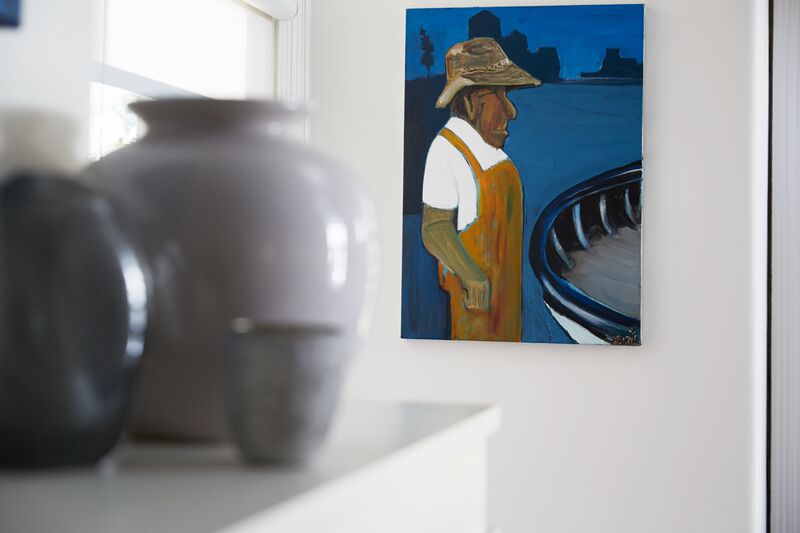 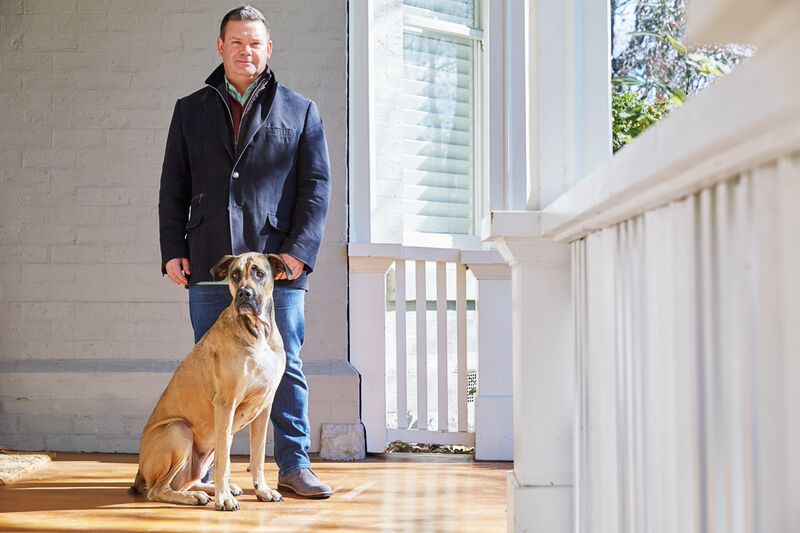