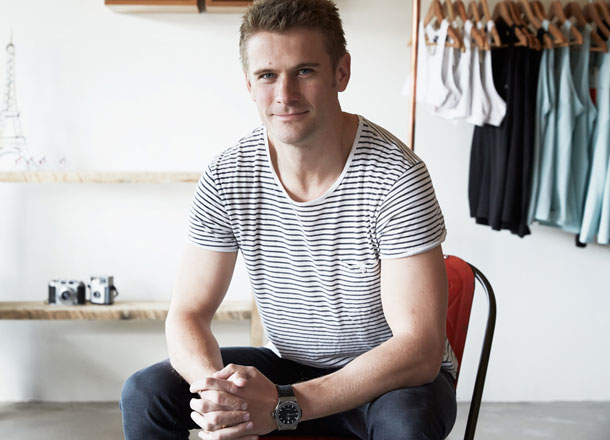 Steven Greene is a man of many talents. Making toast for his kids is not one of them. The former Hawthorne AFL player stems from a family of distinguished Australian sportsmen with his father being a successful player of the same team, and his grandfather a multiple Grand Slam winner who took out Wimbledon in 1952.

Greene however has seen success through a notably different path: business. After hanging up the footy boots ten years ago, he decided to embark on a business venture with a friend which has today evolved into one of Australia’s rising fitness apparel brands.

D’Marge sits down with the man who still runs at 5am every morning before dropping the kids off at school to head to a little store called Jaggad.

MH: What’s harder – running laps on an oval or running your own business?

SG: Running laps came naturally for me. I was born into a sporting family. If I was horse, I would have been sold for a lot at a yearling sale. I do love sport and that’s one thing I can really clear my head and not get distracted from.

Running a business? Metaphorically it’s like running up hill and only just now, after a couple of years have we seen the sun shine on those hills. But in terms of satisfaction and something really rewarding and having an impact outside of your own selfish existence, business has been a really fantastic journey.

MH: Retail is no walk in the park. Why did you choose to get into it?

SG: Business was something that really interested me. My parents drilled into me about finishing my education and University while playing AFL footy so I came out of it with a business degree.

“It’s a ten hour race and it nearly costed me my life, my wife and kids. You’re training twenty hours a week and then trying to get a startup going.”

MH: And how did the label come about?

SG: I was lucky I had a great friendship with AFL star Chris Judd. When he was coming back from West Coast to Carlton, he knew what was happening in terms of coming home and I knew I was about to get sacked. He asked me what I was going to do when I had six months left on my degree.

We first started an events business together and through that we quickly realised how much we could go grow. We got exposed to sporting apparel through some of the cycling events we ran and then we considered making our own events apparel, which lead to us buying an old triathlon brand called Jaggad.

MH: It’s a competitive market with fitness brands at the moment. How are you guys staying ahead?

SG: Ten years ago the market was all about hardcore performance – guys with massive abs, girls with never ending legs. We acknowledge some brands have done really well with that, but it’s not real. Some people have an incredibly busy life with family and other goals.

The most important thing to us is that the product is hero, but we’re also trying to create a community of people that live a balanced life. We think the real hero is someone who commits to this active balanced life, and that’s who we’re going for. We think the market’s gone there.

The new Woolmark partnership is also fantastic. There’s a real performance element to wool and we’re trying to change the perception that it can be active wear and doesn’t need to be thick, itchy and hot.

MH: You’ve got Craig Kimberley, former Chairman of the Just Jeans Group, on board as your mentor. How did you get him on side?

SG: Craig was a family friend so that helped. Through his networks he could certainly see the potential in the active wear market and how it’s now become a $330 billion dollar industry.

MH: And did Craig help spot that market for you?

SG: He saw it. He’s so alert. He can tell you what all the major labels are doing in Australia, what their best moving products are, how many stores they have. He’s just got an appetite for it. It’s fifty years of experience and success and he could see it was a growing area two years ago when I was less informed. He’s a fantastic mentor.

MH: Would you recommend people who are looking to get into online retail find a mentor?

SG: Definitely. He [Kimberley] could see I was passionate about where I wanted the brand to go and he rings me every week to check in. He’s given me a lot of confidence. When things aren’t going as anticipated he’s also quick to remind me, so it’s not all cuddles.

MH: If someone wanted to get involved in sports apparel, should they buy an existing label like you and Chris did or should they start brand new?

SG: We bought a triathlon brand that’d been dormant for a few years. What we didn’t realise was the database of customers we thought we were inheriting was useable. I did a triathlon to understand what this brand we bought was all about and I entered the Ironman.

It’s a ten hour race and it nearly cost me my life, my wife and kids. You’re training twenty hours a week and then trying to get a startup going. What I learnt from that is that in triathlons, you’re fully committed to it and then you do the event and it takes you months to recover.

In the meantime your business might go in another direction or you might have a kid and then you ask: “Triathlons – can I really go back there?”

So the ten thousand people on the database I thought we were inheriting were off enjoying life and never doing triathlons again. We learnt from that.

We’ve now gone from being a triathlon brand to an active lifestyle brand.

MH: So Jaggad went back to starting as a brand new label? Expensive lesson.

SG: Yeah, it essentially went back to being at the start. We did learn a lot and we don’t regret it mainly for the lessons. It would be cheaper starting your own label from the beginning but we didn’t take a huge financial risk.

So that was the biggest lesson we learnt. If you think you’re inheriting an immediate market base, be careful.

MH: You’ve got more Instagram followers than us. What’s your secret?

SG: We think the momentum comes through personalities and their endorsements. A lot of those personalities are now communicating to their following through Instagram. We’re re-evaluating the communication all the time and it’s always been quite community based and not always sales driven.

SG: The one that drives me insane hearing it from all different people from all levels of success. It’s a throwaway line: If it was easy, everyone would be doing it.

That advice gave me confidence and resilience knowing that very few have instant success. And that’s something I’ve learnt from my family and Chris and Craig. Consistency is key and good mentoring. If you keep pushing for it you’ll get there eventually.

MH: And the challenges of running a sports apparel brand?

SG: The biggest challenge was the ability to say no to opportunities. With such small resources, you think, “There’s an opportunity to make a sale,” but if it’s not in line with where you want to be and not in line with your brand, then you’re taking your eye off the ball. It’s easy to get distracted in the early days.

MH: So you’ve had a few dodgy offers in the past?

SG: Yes, and we’ve taken some of the wrong ones and that causes stress. We want to be famous for a beautiful product and it did compromise that because you only have an X amount of hours and we’re trying to put those hours into different things and that doesn’t work.

You’re going to have months where sales aren’t good or don’t go your way, but if you keep your eye on the goal then you wont compromise the integrity of the brand.

MH: What would you be doing if you weren’t running Jaggad?

SG: Sport, music and entertainment would be my three loves. I play the guitar horribly. Something in sports events probably. It’s all I’ve ever known. I also wanted to be a footy player like my dad when I was a kid.

SG: I’d say the evolution of the product through hard work. And dropping off the kids and seeing some of the mums wear our gear.

MH: What would you spend your first big paycheck on?

SG: Maybe I’ll buy the Hawthorne football club. No, you know what I’d do? Hublot. Then fly my wife and mates to Coachella and rent the most exorbitant tent available and live a debaucherous five days. The kids will be on the other side of the world with the grandparents. 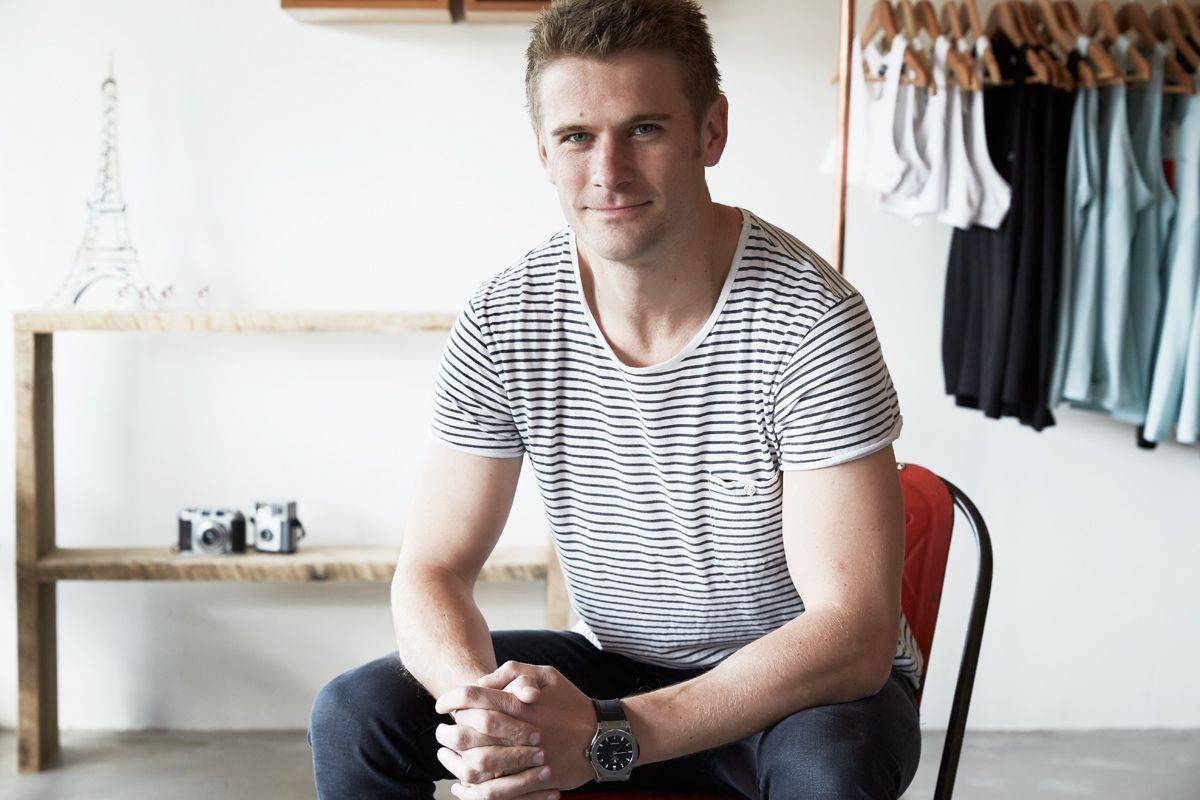 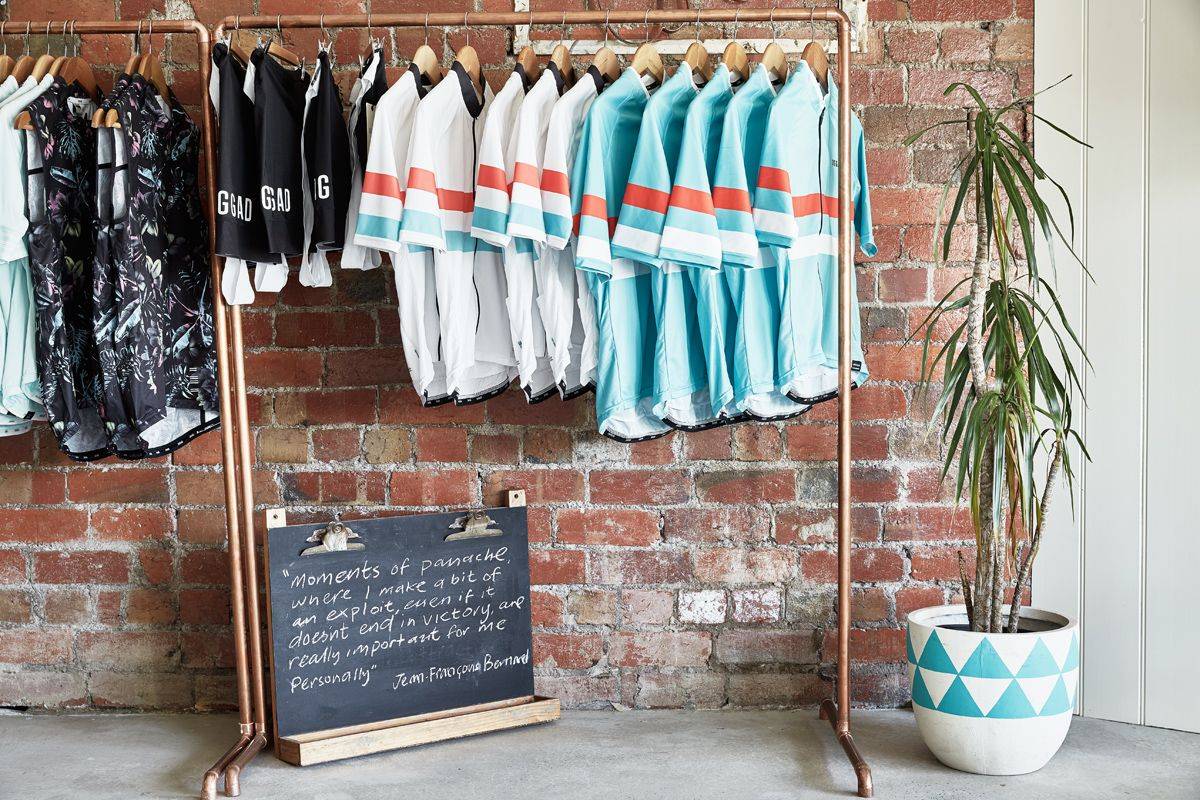 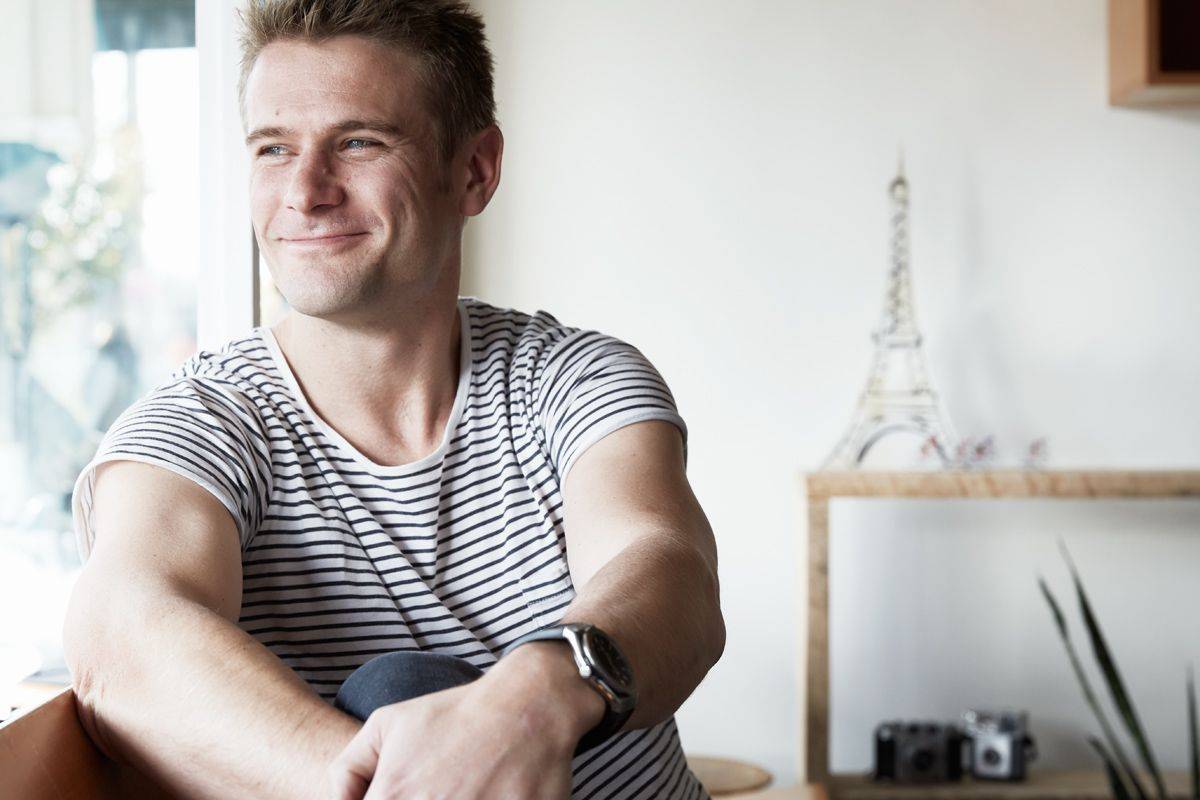 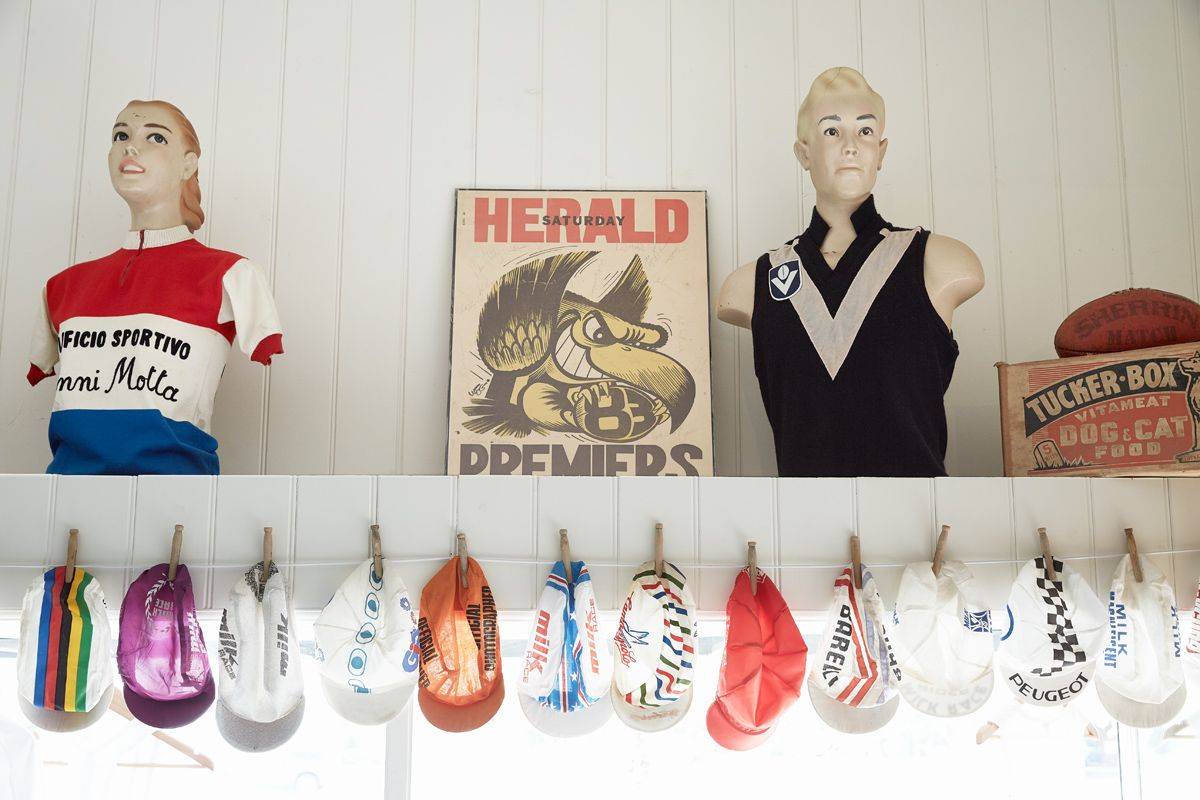 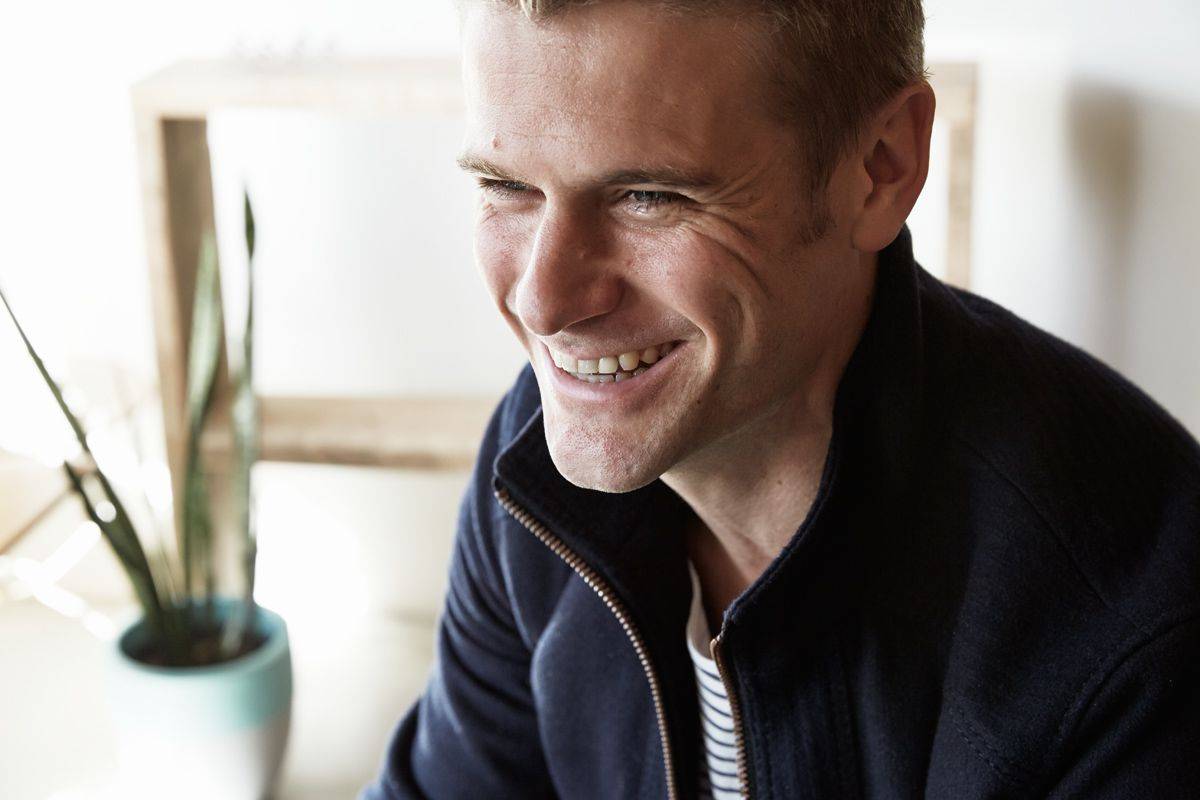 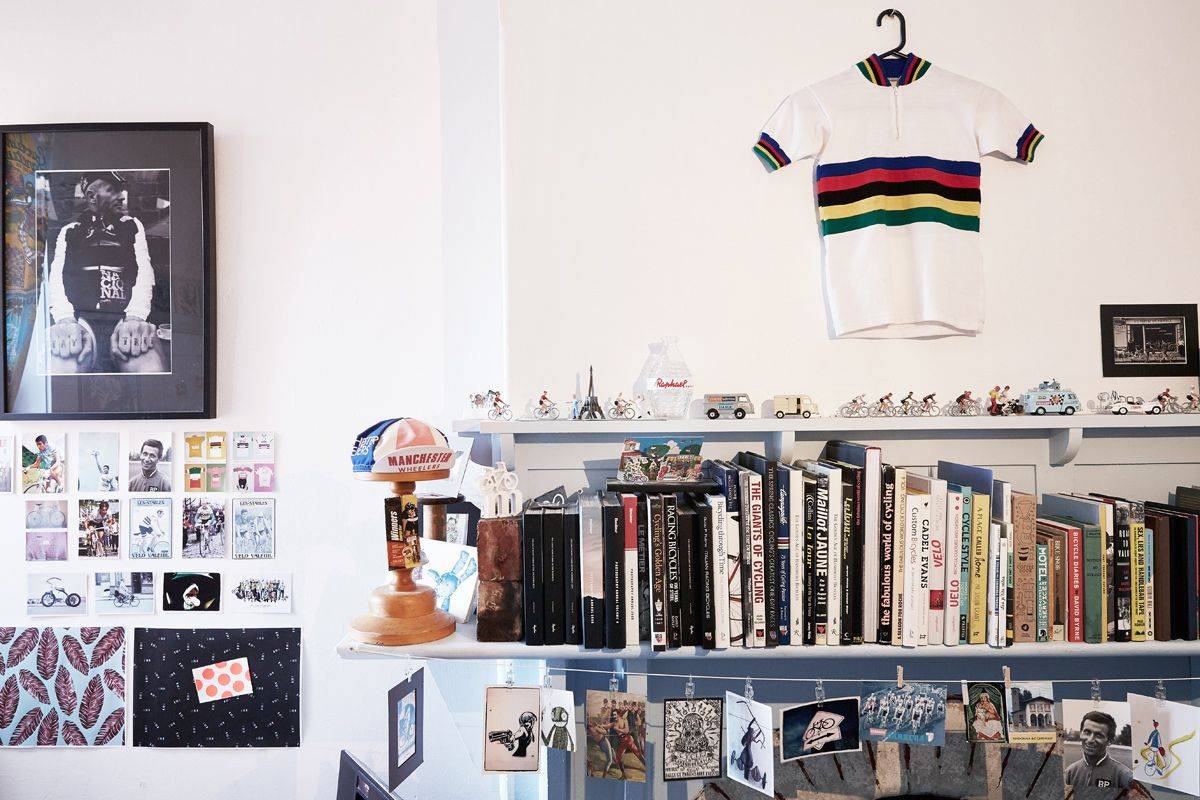 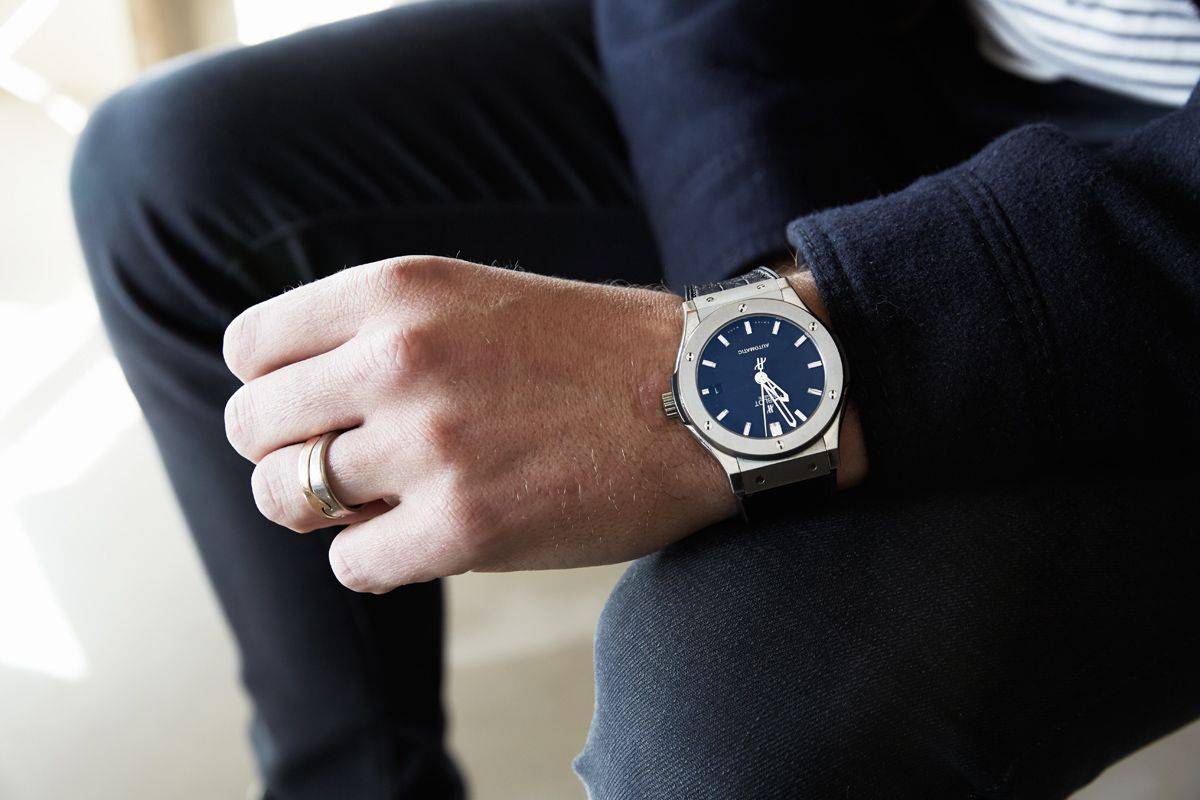 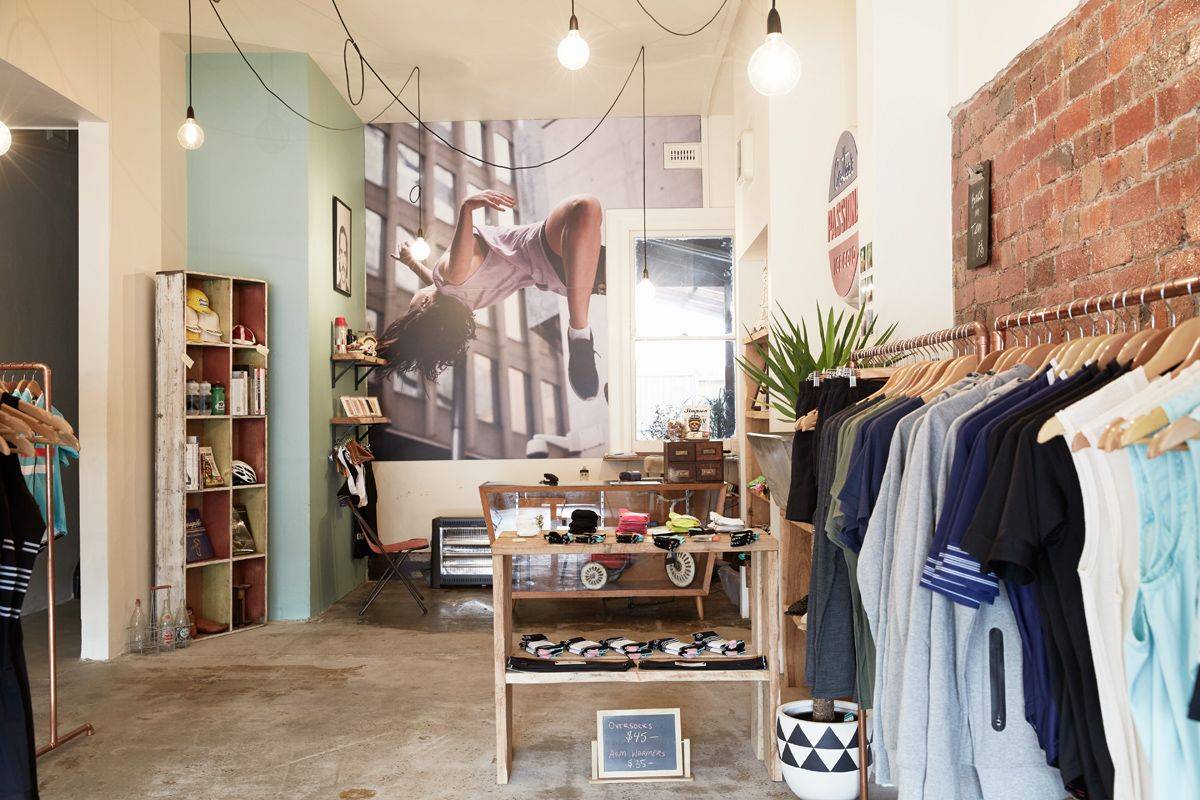 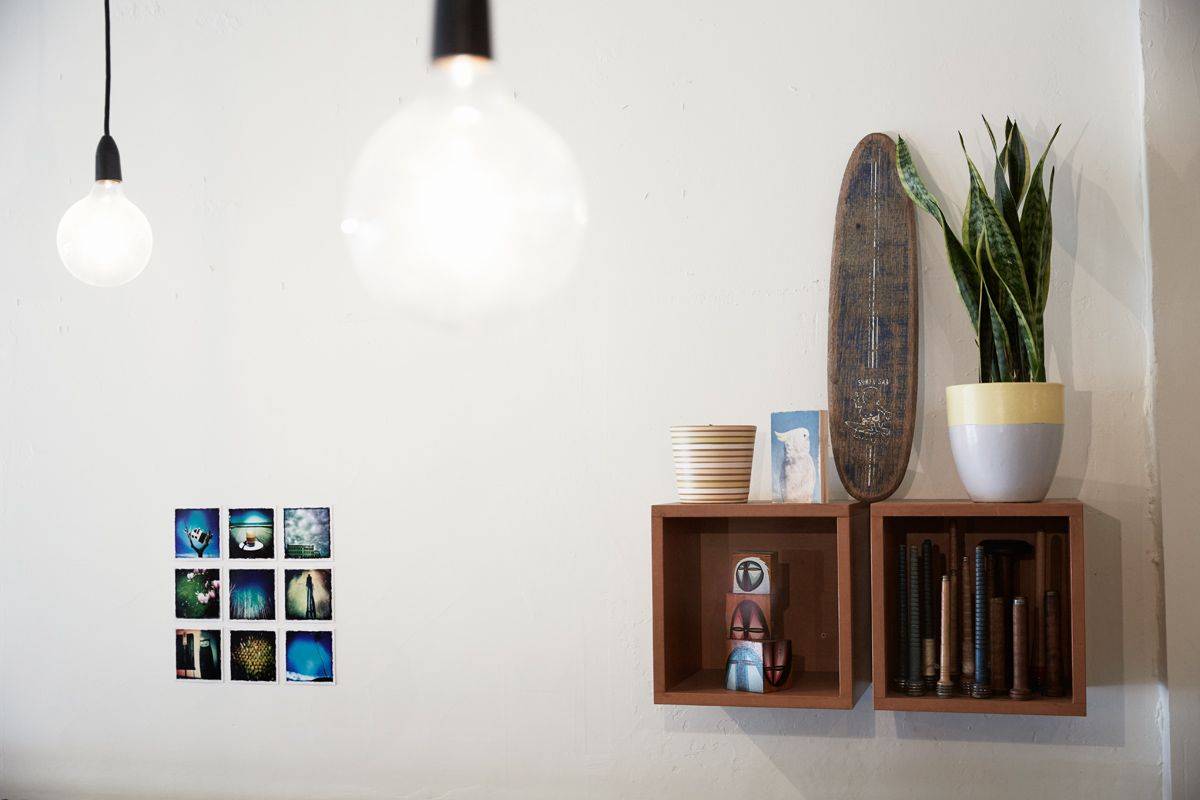 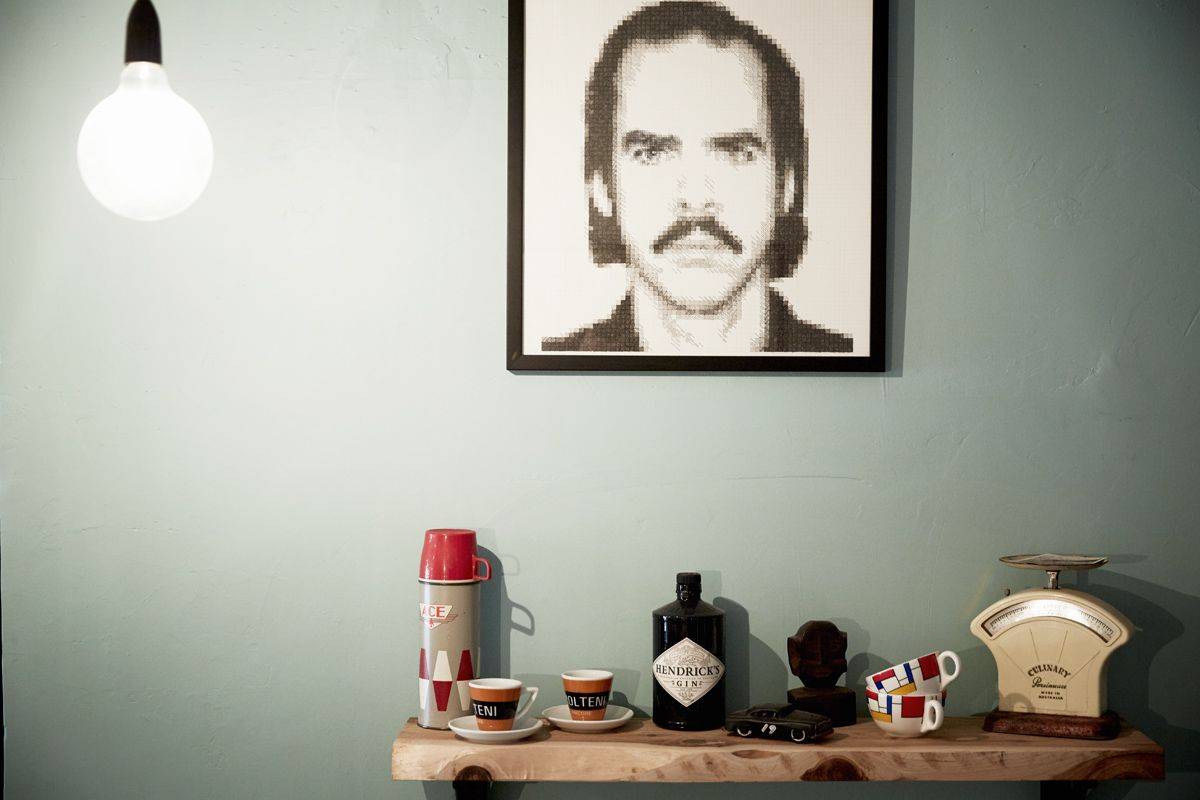 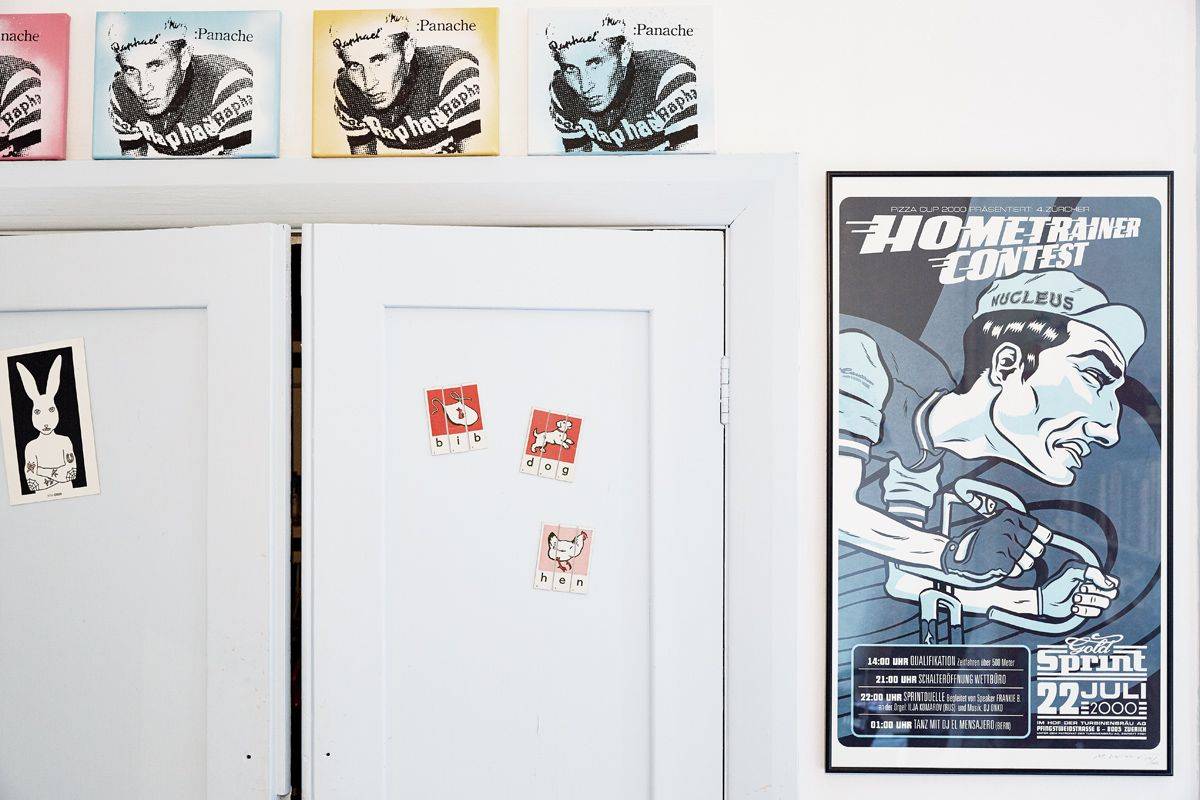 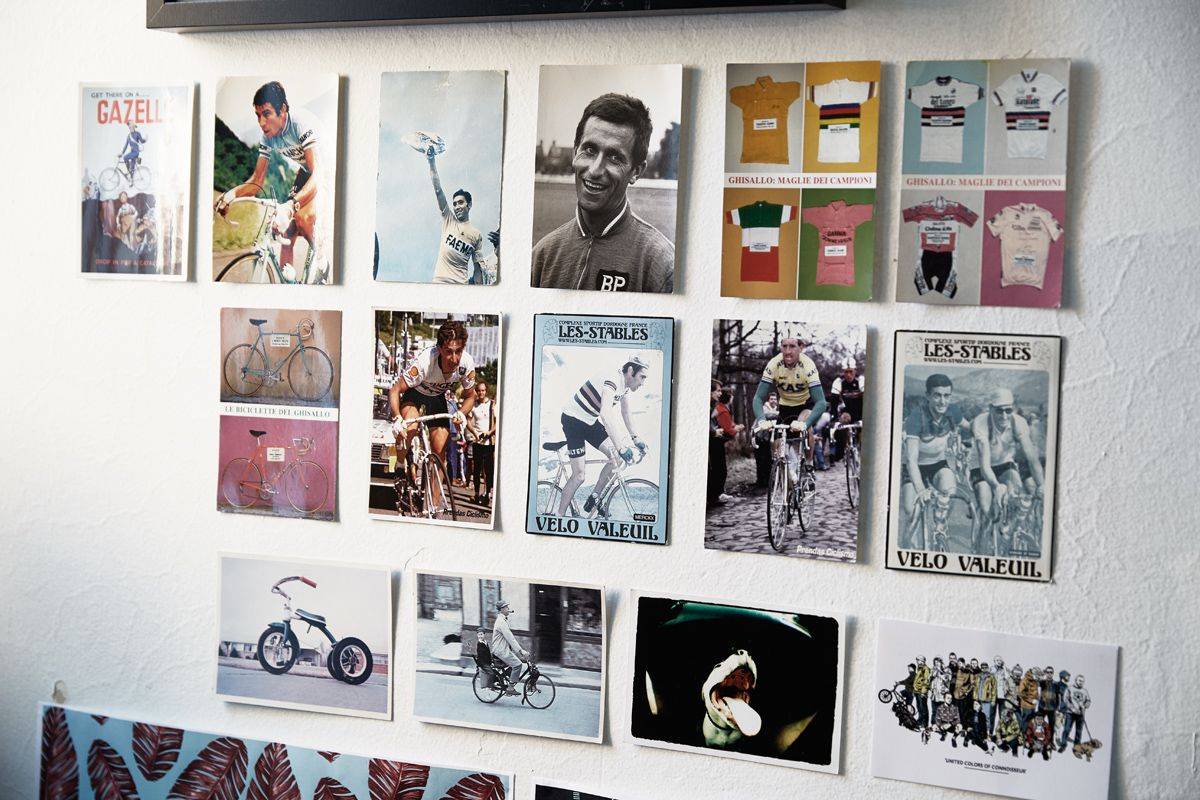 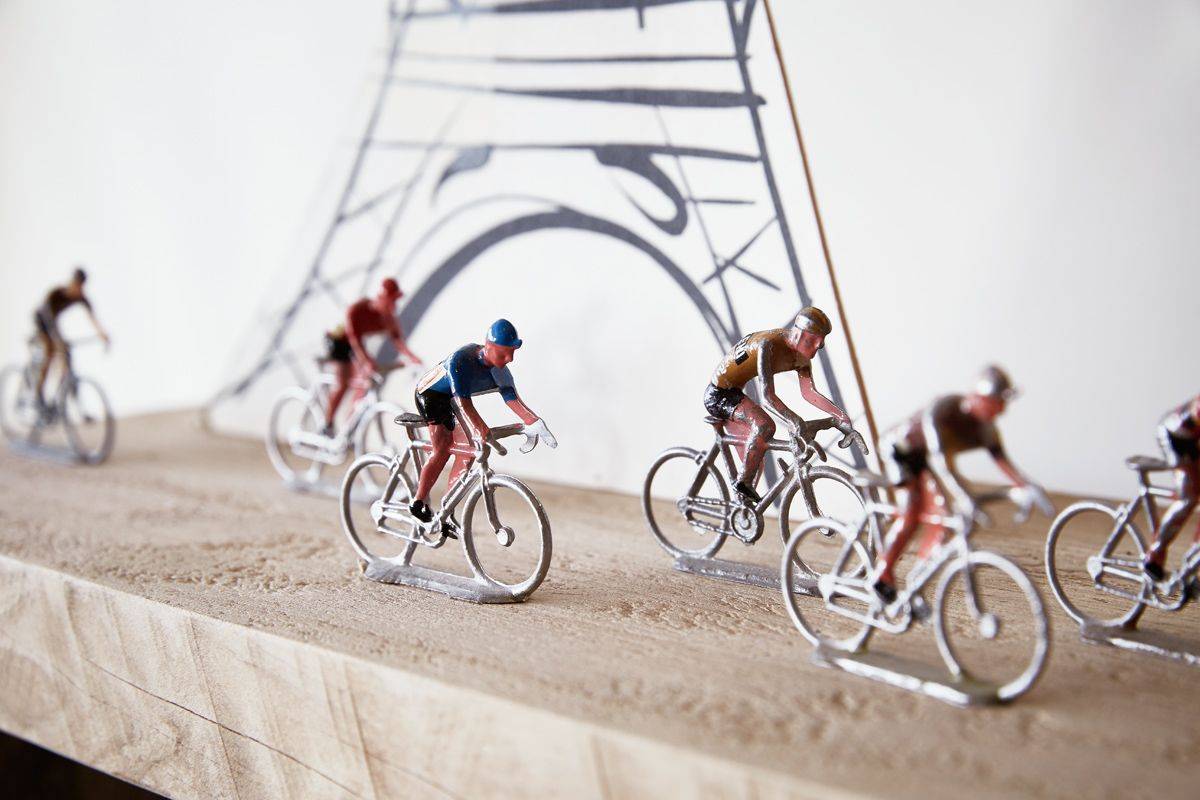 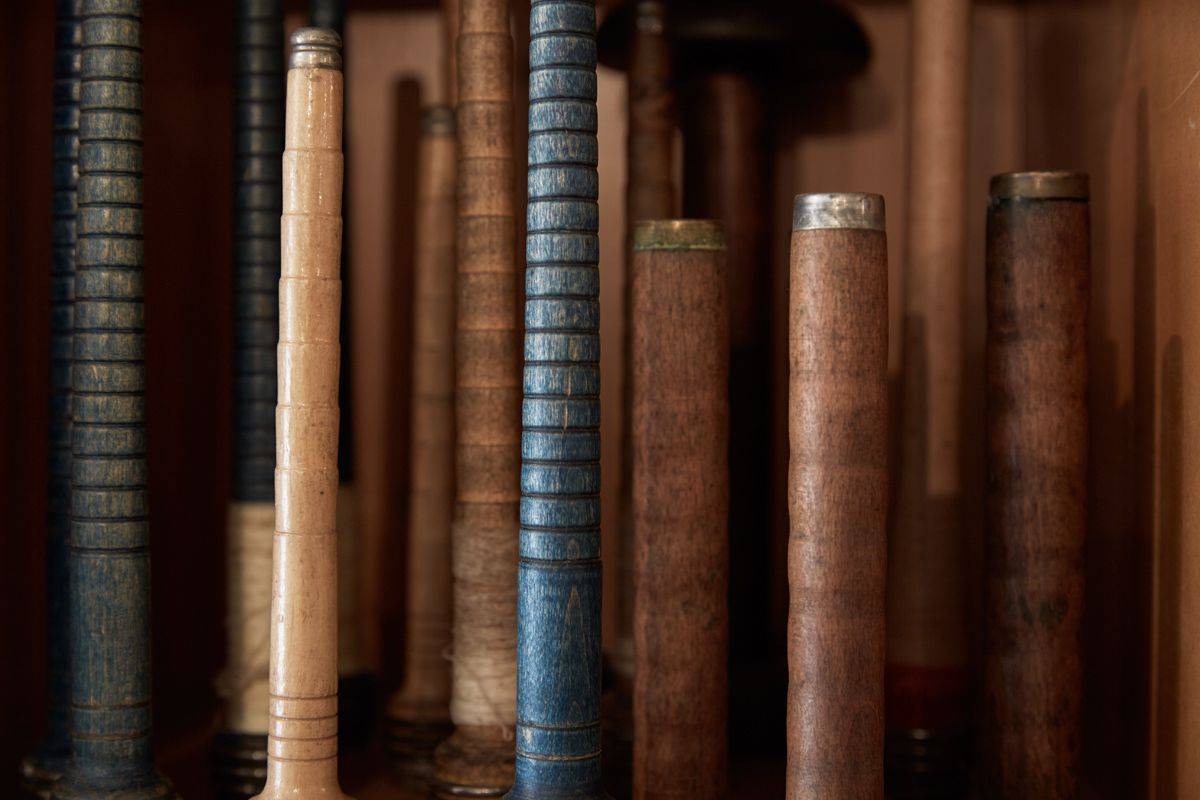 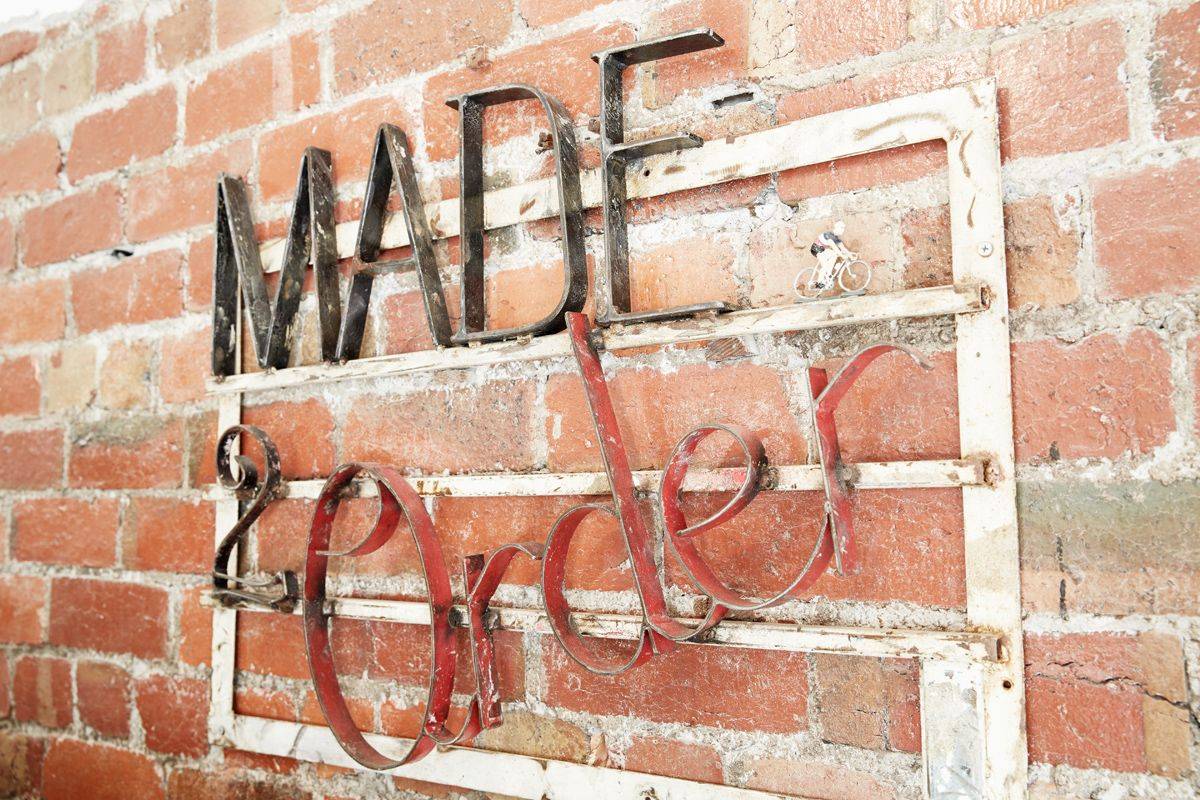 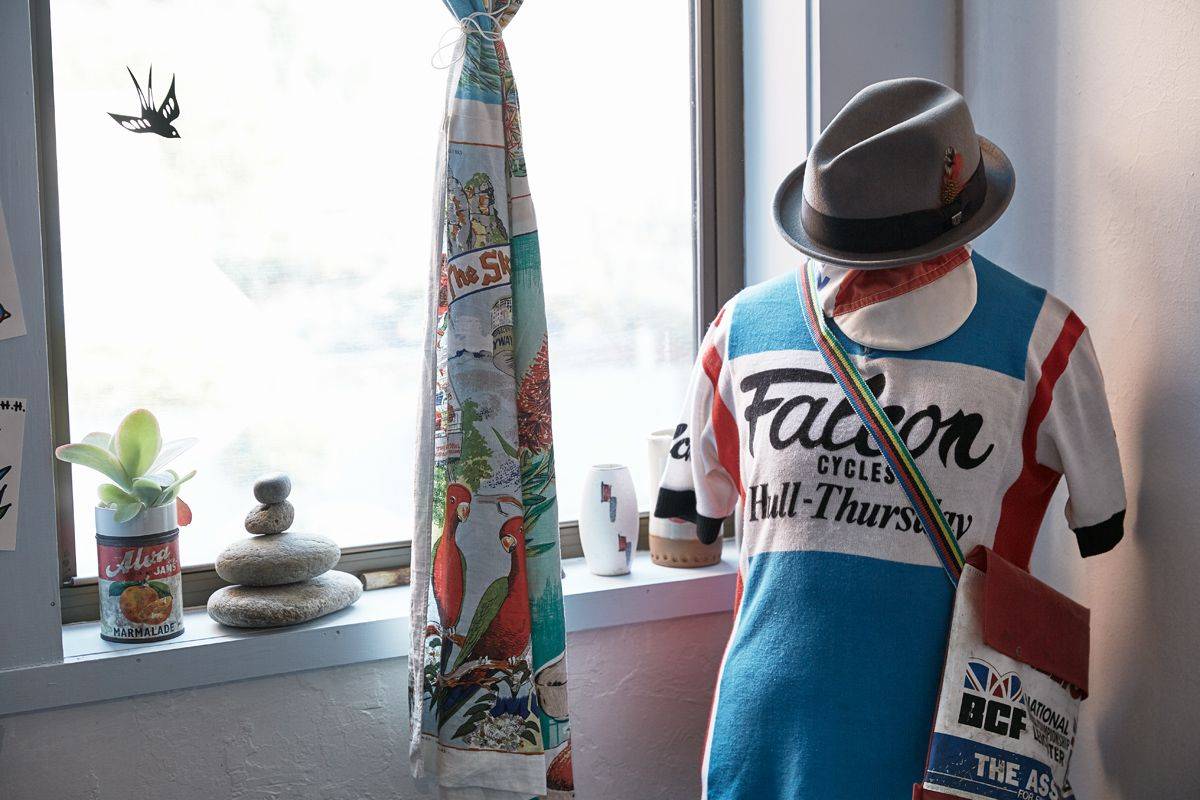