Instead he ended up a kitchen hand in Melbourne’s Caffé e Cucina before moving to Italy and landing a job in a London kitchen where he befriended a young lad called Jamie Oliver. Today Puttock is a renowned chef and restauranteur who preaches the art of food from beyond the burners.

Rachelle Unreich sits down with this week’s Man About Town to chat fine Italian food, sneakers and breaking bones at age forty from skateboarding.

RU: You wrote a cookbook, The Chef Gets Healthy, which you have called life-changing. How did that come about?

TP: I never set out to write a cookbook. I stopped working kitchens in 2012, and suddenly I was home every night and making dinner. I naturally cook lots of pasta, risotto, and used lovely ingredients like fat in the form of oil and butter.

At the same time, my wife was trying to get her 19 year old body back and get into her jeans – she was by no means large but she really wanted to get into great shape – and she was going to the gym but not getting results.

Her trainer, Donna Aston, said, ‘Something is holding you back.’ It turned out that that something was me. When Donna asked how much oil and butter I put in dishes, she was horrified.

So I started doing things like grilled fish, salads, vegetables and I posted pictures of it. My publisher saw them and said, ‘What the hell is this stuff?’ The next thing you know, I was writing a book and had to come up with 100 recipes. Hopefully it’s a book that gets dirty on people’s shelves.

RU: How is working at home?

TP: It’s a luxury. Once I was home, I started running, doing yoga, doing hippie kinds of things which I never thought I’d do, but I just feel better than I used to. Not just because of eating.

I used to work way too much and I hit a wall and ended up with a medical condition where a doctor said I had to check myself before I wreck myself. I made a lot of life changes in 2012 and feel a lot happier for it.

RU: You grew up in Melbourne but it seems like you’ve always had wanderlust.

TP: I grew up in South Melbourne before it was posh and I started travelling later. I got into cooking for snowboarding. I wanted to be a pro-snowboarder when I was 16 years old, and I thought I was going to travel the world even though I was pretty crap at snowboarding – I didn’t grow up in Switzerland, you know!

My parents were always hugely supportive and said, ‘You should pursue that dream and move to the mountains.’ [But first] I had to start saving for the next ski season.

“I’ve been skateboarding since I was 11, and I still am doing it. But now I hop on a board, do a trick that I used to do when I was 15, and I end up breaking something.”

Dad said, ‘Maybe you should wash dishes.’ He opened up The Age Good Food Guide and we found a place called Caffé e Cucina. I was 18 and I put on my dad’s horribly oversized suit and rocked into Caffé e Cucina with my equivalent of a resume – school reports.

The owner Maurizio Terzini came out during my interview, sat down at the table – which was unheard of – and said I should do food prep. The next day I started working at 6am.

Coffees were in the form of espresso, there were a lot of tattoos, a lot of swearing, and I thought, ‘This is awesome.’ For three months I peeled onions, but I was also learning about life and learning Italian. I got offered an apprenticeship, made really awesome friends, went to Italy on holiday and moved there when I was 24.

TP: My dad’s a hairdresser and my mother is a makeup artist who was working with Megan Gale and Miranda Kerr, so I grew up in a creative environment. All their friends were photographers and artists and into food. In the 90s at Caffé e Cucina, I heard one day that a VIP was coming into dinner. Two waiters came into the kitchen where I was, and said, ‘You’ve got to come with us.’

They led me to the busy dining room upstairs, and there was supermodel Linda Evangelista who said, ‘You must be Tobie.’ I froze. My jaw was chattering at the time. She said, ‘I’ve been working with your mum today and I promised I would say hello.’ I went downstairs feeling extremely flustered, called my mum and said, ‘Couldn’t you have told me that this was going to happen?’

My parents had me when they were really young, around 21, and they’ve worked extremely hard my whole life to give me the best of everything. They used to travel the world doing awesome stuff and would take me everywhere – they never stopped living their life as a result of having me. I grew up under restaurant tables and being bored in art galleries, and I wouldn’t change any of it.

“I was cooking on a section next to Jamie Oliver. He was young and fresh on the scene at a time when celebrity chefs were old dudes in bow ties making flans.”

RU: How was Italy, once you moved overseas?

TP: I went straight to the mountains [Ponte di Legno] to cook at night and snowboard during the day. But I remember sitting up in a hilltop in the Italian alps with pink hair, thinking, ‘I really miss cooking.’ So I moved to Lake Como and started working really, really hard – six double shifts a week – cooking rustic Italian food that was tricked up.

[Eventually] I went to Paris but when a job there fell through, I ended up in London, got drunk that first night, looked in my snowboard bag and there was a book my parents gave me – on The River Café.

I had an interview there the next day and a week afterwards I was cooking on a section next to Jamie Oliver. He was young and fresh on the scene at a time when celebrity chefs were old dudes in bow ties making flans. Then I moved to Switzerland and worked there, until Jamie asked me to run the first Fifteen in London.

RU: After all this travel, what made you want to come home?

TP: After two years at that job, I woke up one morning, it was raining, and said to my now-wife, it’s enough. I love cooking, but I didn’t want to be cooking double shifts every day when I was 60 years old.

One of my head chefs was that guy and he didn’t seem to be a picture of happiness for me. Working for Fifteen in Australia filled a huge void in my life because I was working with young people and being able to use cooking to help them.

From 2006 until 2011, we put 150 kids through that program. I really do believe we saved lives by putting kids on the right track. Ninety percent of them are in the workforce now. They had a realisation through cooking that they had a capability to do something.

By the time we closed, I had a revelation. I love cooking, but for me the biggest thing is the creative process. When you become a head chef, it’s about managing people. I never signed up for that.

RU: Away from the kitchen, what does your man-space look like?

TP: I have a skateboard and snowboard collection. I’ve been skateboarding since I was 11, and I still am doing it. But now I hop on a board, do a trick that I used to do when I was 15, and I end up breaking something.

Two years ago, I broke three ribs, and I was 40 years old. I can’t stop. I got into collecting skateboards when I was living in the UK and Mark Gonzales was my skateboard hero, who did art skateboards.

With my first cookbook, I asked him to do the graphics, which makes it really special to me. I collect all sorts of decks. I’ve got 40 in total including decks by Damien Hirst.

TP: I probably dress like an old skateboarder. I wear Adidas sneakers, a black t-shirt and jeans. But the jeans I wear, I hunt out from Japanese designers in Tokyo, the sneakers are generally limited release and James Perse is the only brand of t-shirt I’ll wear. So while I dress really plainly, I like my clothes to be of a certain quality.

I put flair across in my shoes, and I wear beanies a lot of the time. I’ve been hugely into sneakers. I started collecting them but I pulled back because we ended up having a whole room full of sneakers.

I really love clothes. It’s funny, because my wife walks into the room sometimes and I’m having a dilemma about what to wear, what colour sneakers to wear.

I feel comfortable in my clothes. My wife has tried to push me into clothes that were more fashionable, but I’ve never bought into fashion at all. I’m the kind of person that, if I see something, I either hate it or it’s a million percent me and I’ll never get sick of it.

I got some Oliver Peoples’ Sheldrake sunglasses and will keep buying them until the day I die.

RU: What’s the most expensive clothes purchase you’ve made?

TP: I went out years ago and bought some Louis Vuitton loafers, which I’ve never really worn. I had just gotten a large contract so it was a celebratory purchase.

TP: Without sounding like a wanker, the main thing I want is to live a happy, stress-free life. I want to go heli-skiing in Alaska. My life rule is that I need to be having fun. As soon as I’m not enjoying anything, I’m absolutely crap at it. I’m hard at faking it.

RU: Where do you hang out in Melbourne?

TP: I go to really casual places. I’m actually quite introverted and like my own space and my tight group of friends. I’m really crap at large social gatherings. I live in St Kilda, so I walk down to the beach with Birdie [Tobie and Georgia’s newborn daughter] and watch the skaters.

I go to Prahran market about give times a week. I try to walk as much as I can. I stay away from anywhere on Urbanspoon’s hot list. I go to a grungy pizza place near where I live, low key bars. Nowhere too fashionable and generally where I can hear my friends talking. 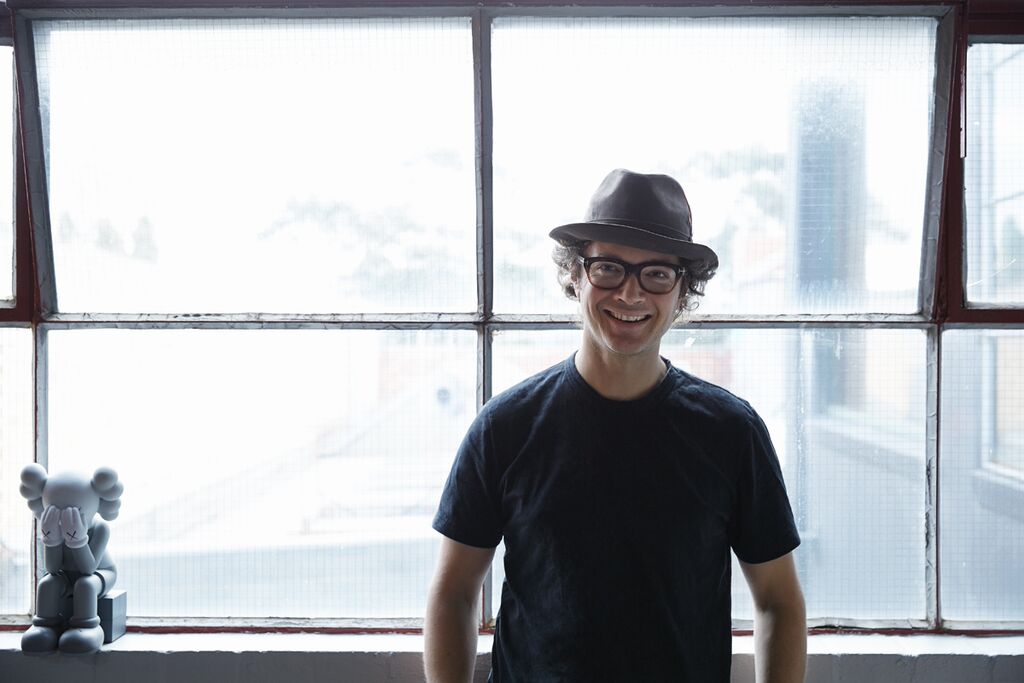 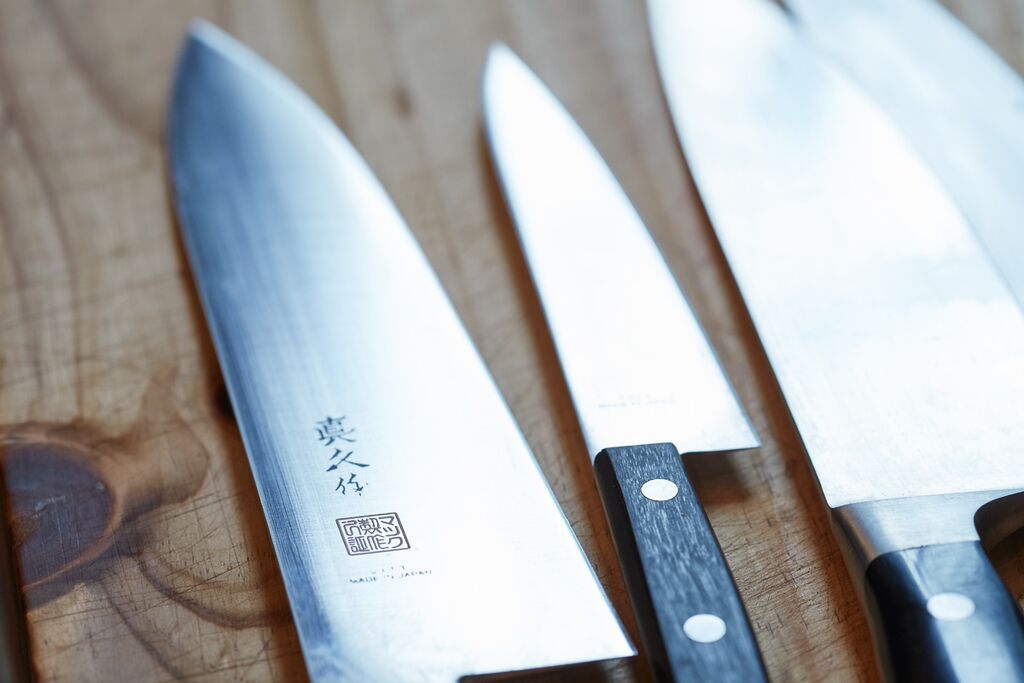 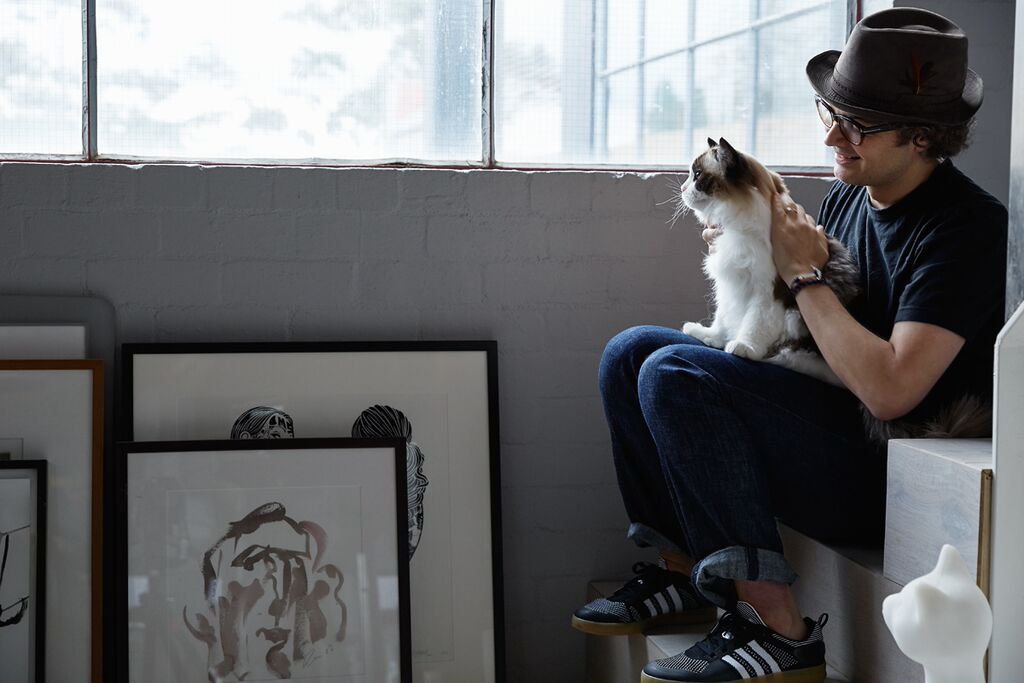 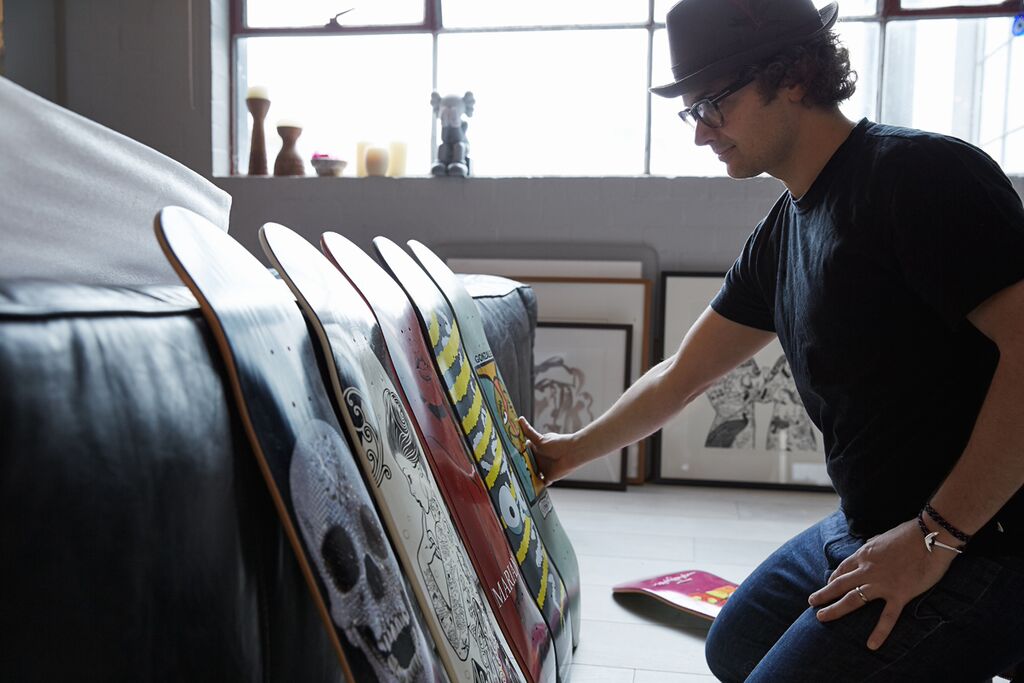 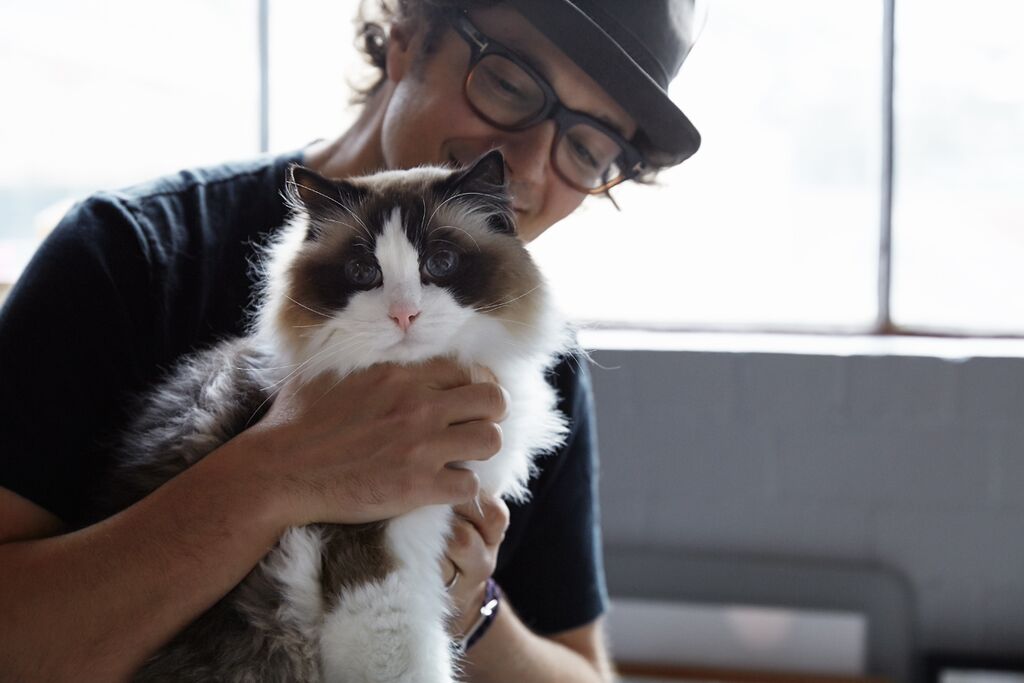 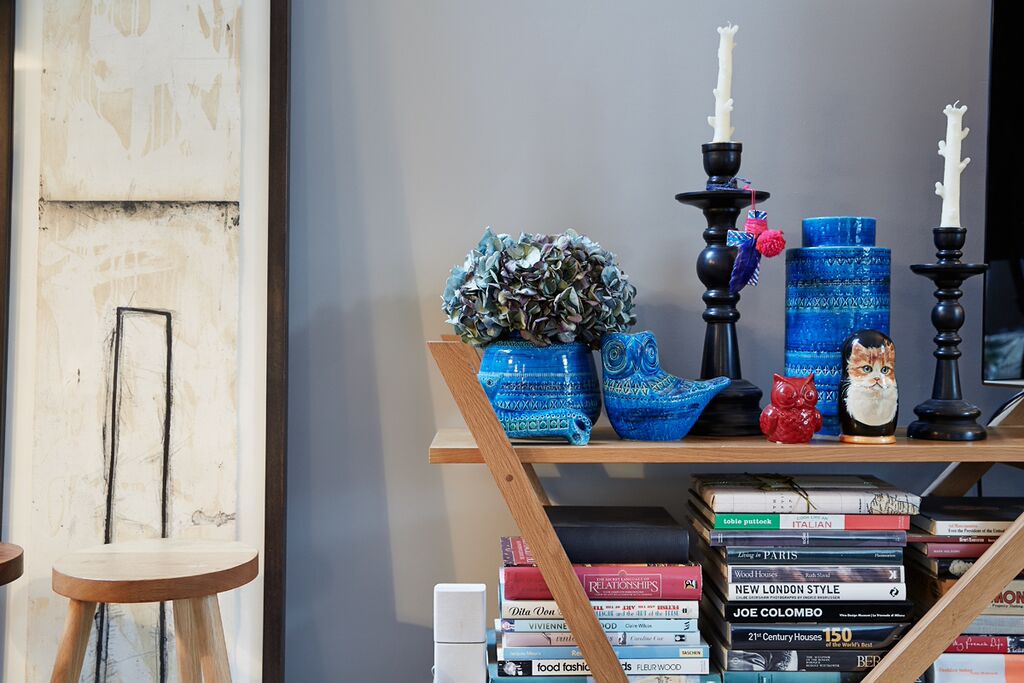 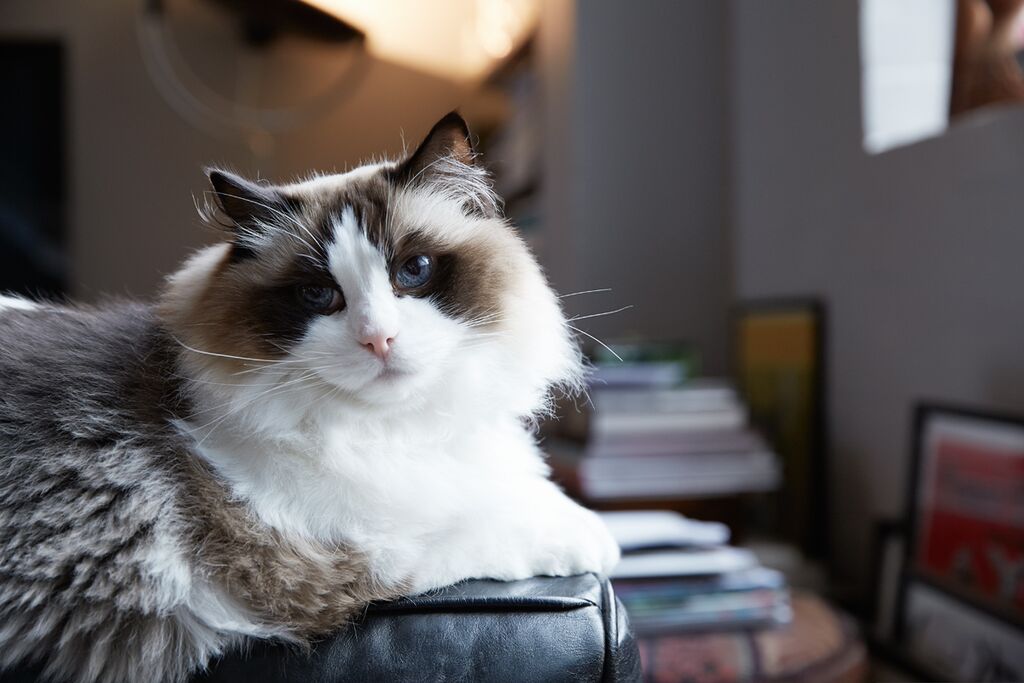 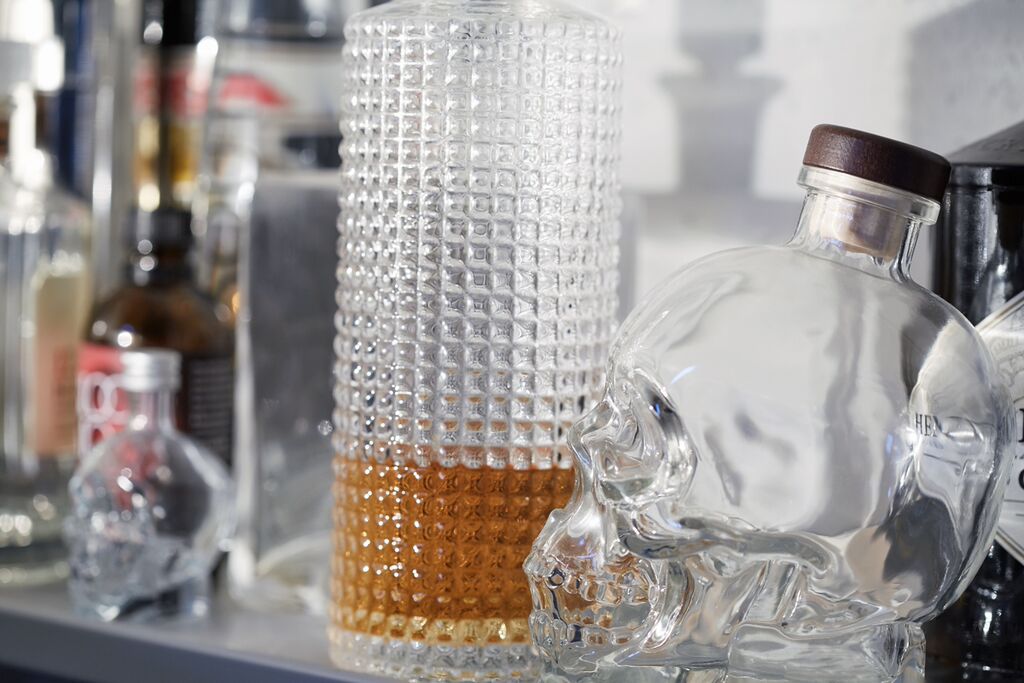 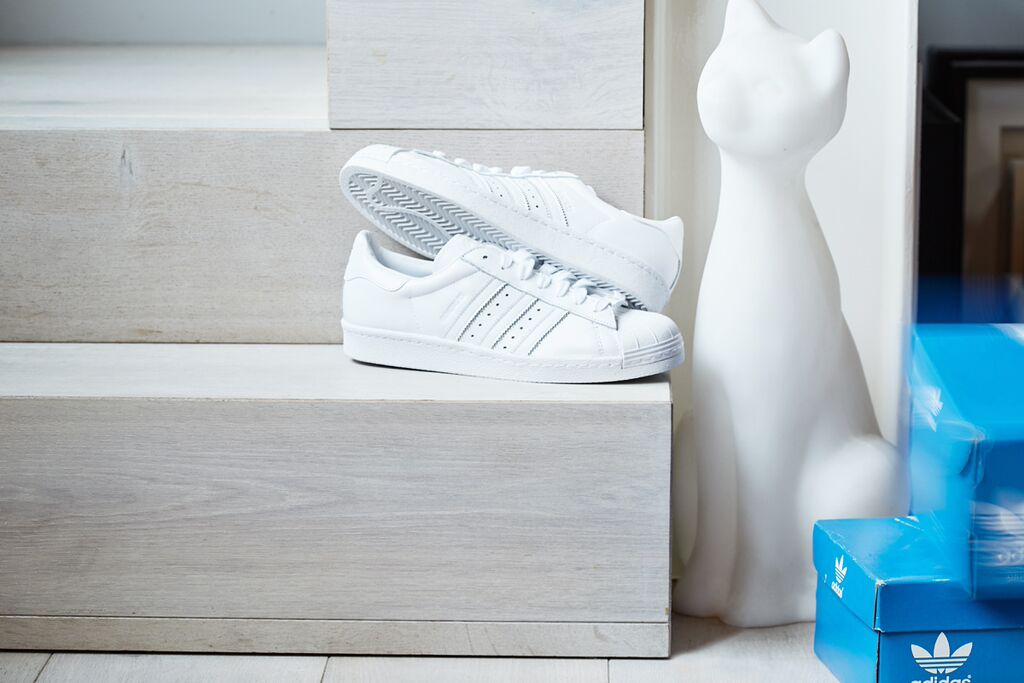 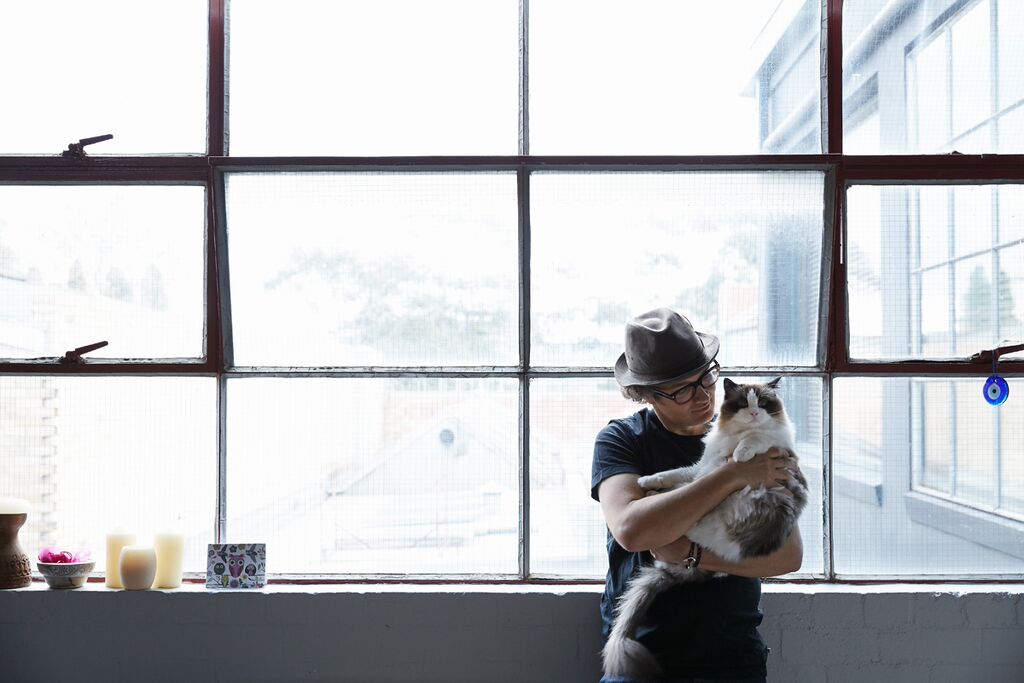 Australia’s New Olympic Uniforms May Be Our Most Stylish Yet