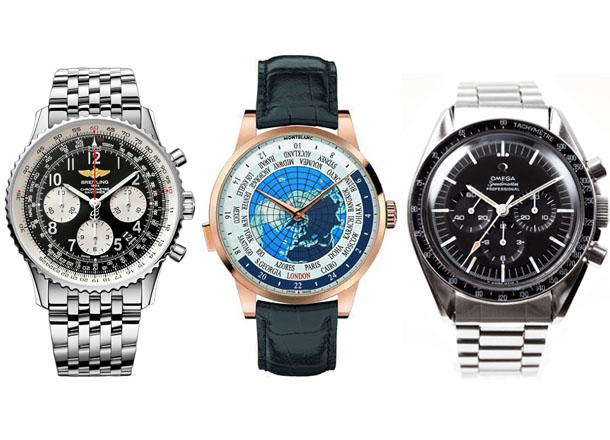 Such amounts of coinage will ensure you see some truly compelling timepieces that deserve your utmost care and the world’s attention.

Still keen to play on? Of course you are. Here are the ten definitive watches we think are worthy of a mention for their style, class, heritage and unyielding craftsmanship. Money comes and goes; that fine piece of engineered art on your wrist? It defines the type of man you are.

Going by the alias of “The Moonwatch”, the Omega Speedmaster Professional was originally marketed as a racer’s watch, before gracing the wrists of Neil Armstrong and Buzz Aldrin on their first voyage to the moon.

The watch is a legend in its own right, assisting the astronauts of Apollo 13 on their fated mission where the oxygen tanks ruptured, and all they had were their wits, and their Speedmasters to guide them safely back to Earth.

The Omega Speedmaster is an absolute timeless classic – perfectly sized at 42mm. You can also choose from the very original Hesalite crystal that the NASA astronauts were issued, or you can have the convenience of a sapphire crystal and exhibition caseback, allowing you to admire the Omega 1863 manual wind chronograph movement.

Accompanying Sir Edmund Hillary and Sherpa Tenzing Norgay on their trek to Everest was a Rolex Oyster Perpetual, and born from this legacy, is the Rolex Explorer.

The original Everest Expedition Rolex now rests in the Beyer Watch and Clock Museum in Zurich, Switzerland, and looks a little different to today’s Rolex Explorer. The principles of the watch however remains the same – Rolex’s legendary Oyster case and Perpetual movement.

Today’s Rolex Explorer does not stray far from the formula devised in 1953, and is an immensely versatile watch to boot. At 39mm, in Rolex’s 904L stainless steel, it is a great size for a watch to be able to move between casual and formal attire.

Reliability for the Rolex Explorer is virtually a non-issue for the chronometer-certified 3132 movement housed in the Explorer’s 100m waterproof Oyster case.

In 1952, the Breitling Navitimer was launched for the use of pilots, and remains the oldest mechanical chronograph in continuous production.

The watch is equipped with a slide rule, used to perform calculations necessary for flight, and in today’s world, the slide rule makes the watch instantly recognisable, with its distinctive scalloped bezel and contrasting colour to the dial.

On leather, it’s old-world charm is unmistakable, perfectly matching that leather jacket in your wardrobe. The current iteration, the Navitimer 01 in stainless steel is the pick of the bunch, housing the Breitling B01, an in-house chronograph movement which is chronometer certified.

In addition, Breitling guarantees all watches equipped with manufacture movements for 5 years, signalling their confidence in their robust movements, and reassuring you that your Navitimer 01 will be reliable for years to come.

In 1936, this was followed by the creation of the first diver’s watches from the firm, incorporating their Radiomir technology as the luminescent material on the dial. The case shape of the current Panerai Radiomir Black Seal Acciaio stems from this original prototype, showing the great historical provenance of the brand.

This watch is typically Panerai – large and solid, with great wrist presence. The cushion case with its short lugs mean that even those slight of wrist can enjoy this watch. Like its ancestors, the watch is equipped with a manually wound mechanical movement, to complete the historical feel of the watch.

In the 1930’s, British officers in India were complaining that their watch crystals would be smashed whilst playing polo. Jaeger LeCoultre’s response: The Reverso, a watch where the face can be flipped over to protect the fragile glass and dial.

The back of the watch would protect the face, and it offered a space for further personalisation with a monogram, for example. Even today, Jaeger LeCoultre can help you with the personalization of your Reverso, should you wish to have it engraved with your initials, Coat of Arms, etc.

The Reverso with its manual wind, in house Calibre 822 has remained a cult-classic, pairing well with smart casual, or formalwear with it’s Art-Deco design. If originality is what you’re after, choose the Tribute to 1931 version in stainless steel, with its black dial with aged markers and sword hands.

When connoisseurs say Zenith, the next two words that will most likely follow is “El Primero”. A legendary watch in it’s own right, the name of the watch means “the first” in Spanish, and in 1969 it was the first integrated automatic chronograph on the market.

Furthermore, the movement beat at a rate of 5Hz, something that few other manufactures have accomplished, even with today’s modern manufacturing capabilities. Available in two case sizes, the original 38mm, or a more modern 42mm, the design of the dial directly echoes the original El Primero A386 released in 1969.

Inside both watches ticks the famed El Primero 400, their signature movement, with a minimum of 50 hours power reserve.

Bremont is fairly young in terms of the watch industry, but it has produced some compelling pieces in recent years, arguably, the most notable, being the Bremont MBII.

Developed in collaboration with Martin-Baker, a manufacturer of fighter jet ejection seats, the main design philosophy behind the watch was that it must be able to withstand the same rigorous testing that the seats undertake, most notably, extreme shock and vibrations.

The Bremont MBII is decidedly British, with a tough, yet versatile air in its presence. The Trip-Tick case barrel is available in three different colours: orange, green and anthracite, and the crowns are knurled, providing extra grip, and emphasising the utilitarian look of the watch. With the right colour of case band, the Bremont MBII can be a versatile go-to watch for all occasions.

A new release at SIHH 2015, the Montblanc Heritage Spirit Orbis Terrarum is a watch that looks like it belongs in several price categories higher than what it actually costs.

On the outer rim of the dial is the cities ring, and the 24 hour ring, which aide in telling the time across the multiple time zones across the world. The centre of the dial is a vivid blue to represent the Earth, also indicating day/night with the use of multiple layers of sapphire crystal, to darken the areas of the globe that are currently at night.

The pusher at 8 o’clock advances the time zone by one hour increments or by the city you are currently in, making sure you will always be on time no matter where you are.

Inspired by a model originally released in 1957, the Tudor Heritage Advisor is a watch with a mechanical alarm function, something very uncommon, and usually only found in watches worth many times more than the Advisor.

The alarm can be set and switched on or off with the pusher at 8 o’clock as desired. The lightness of its titanium case ensures that the sound of the alarm is transferred as best as possible because what’s the use of an alarm if it can’t wake you up, right?

The Tudor Heritage Advisor is available on either a steel bracelet or a leather strap with deployant buckle, and no matter what option you pick the watch is delivered with an additional fabric strap.

On bracelet and leather it is a rather formal watch, and the fabric strap gives the watch a more casual look, with it’s unusual weave.

When you think of Seiko, many of you would think about quartz watches that are relatively affordable, and provide great value for what you pay for.

Grand Seiko is another side of Seiko that you need to keep on your horological radar. From 1960, Grand Seiko has been meticulously crafting what they believe to be the “King of Watches”, and rightly so, as the details on their watches are incredibly fine.

The dials of the watches are meticulously finished and highly legible, with polished markers and faceted hands that catch the smallest amount of light. The “Snowflake”, christened so by collectors, has a pure white dial inspired by the snowfall of Nagano Prefecture where the watches are made. 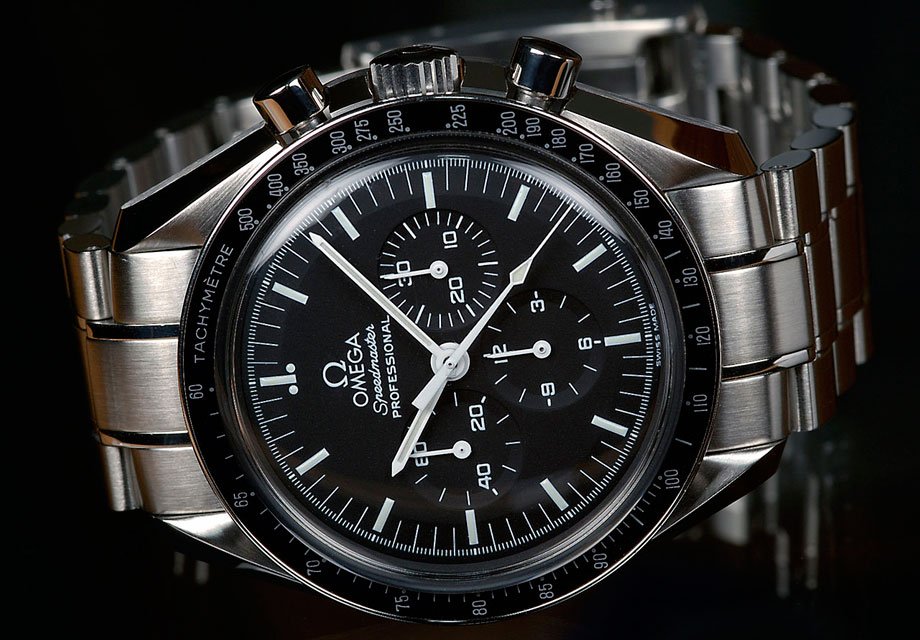 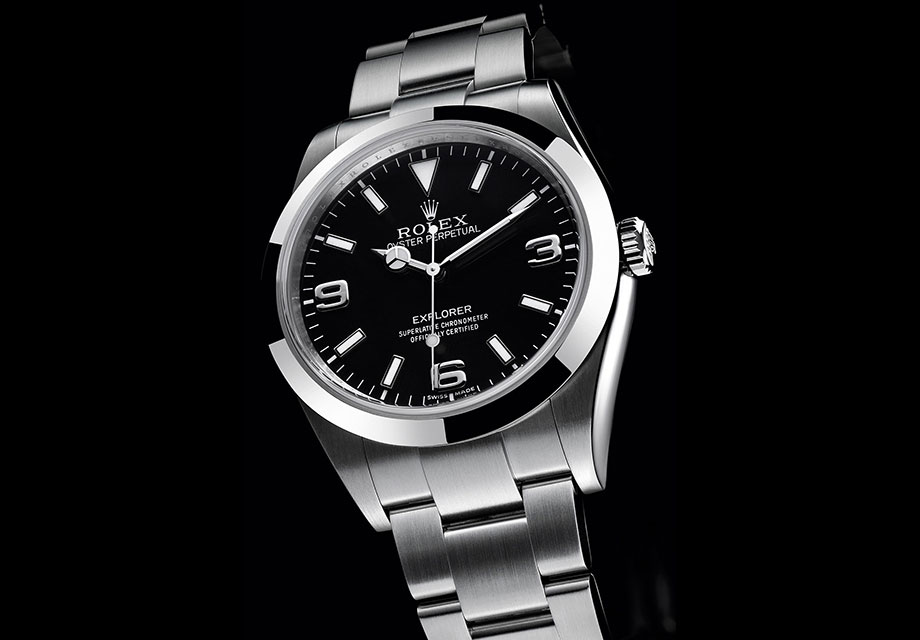 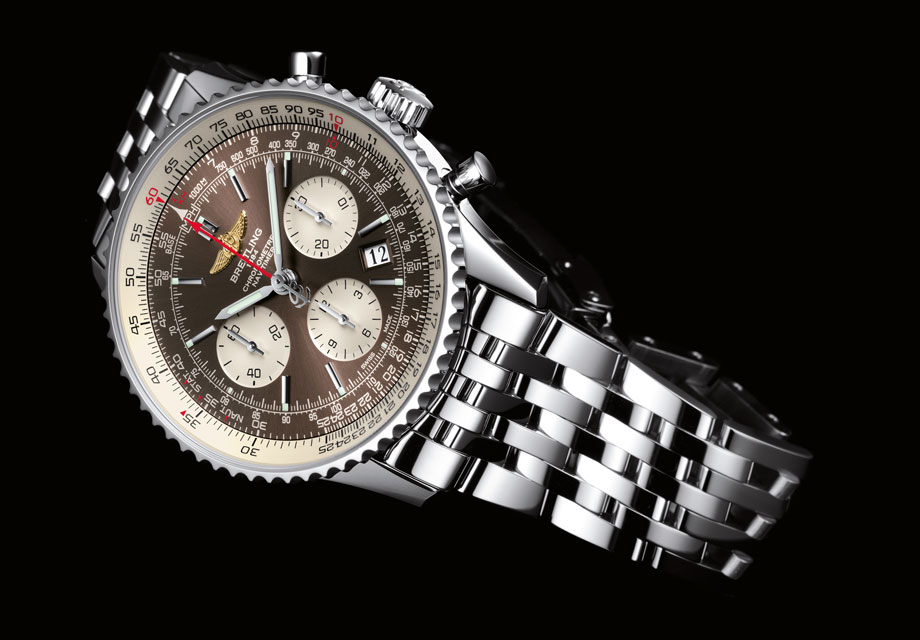 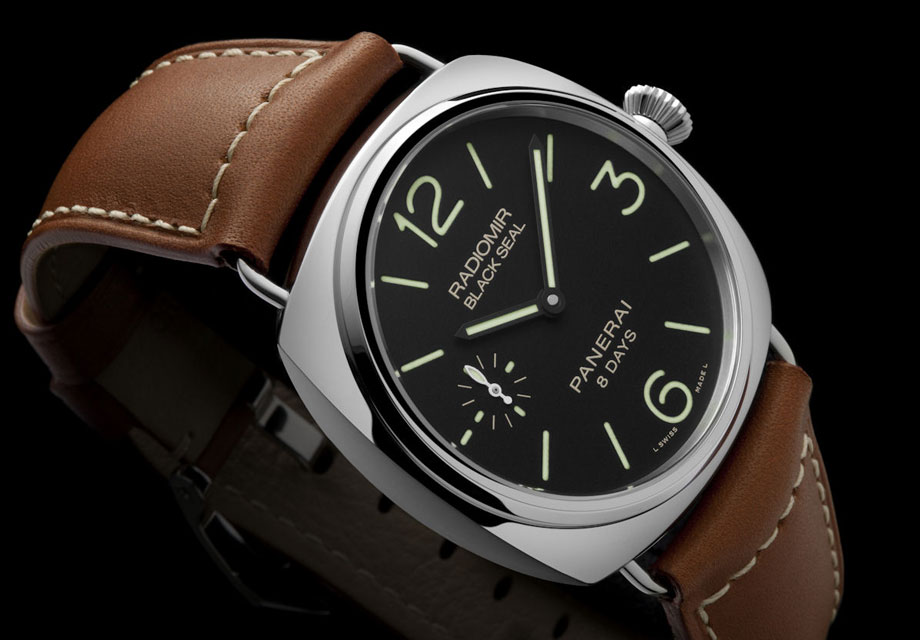 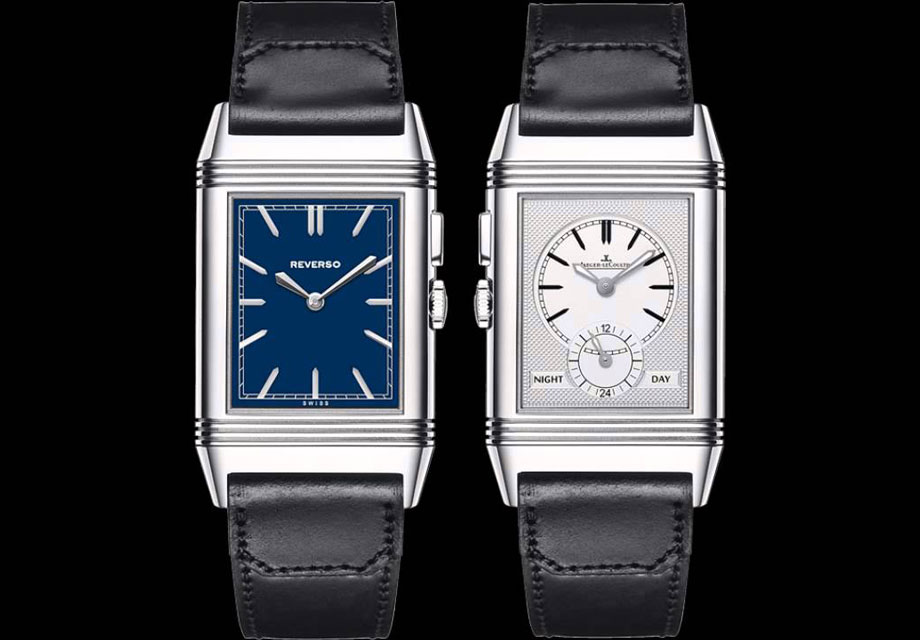 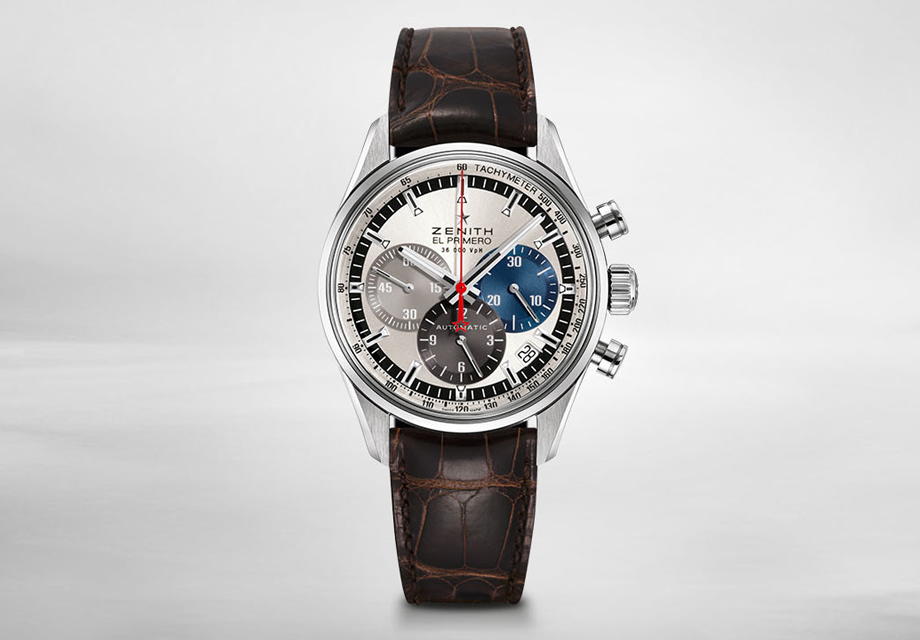 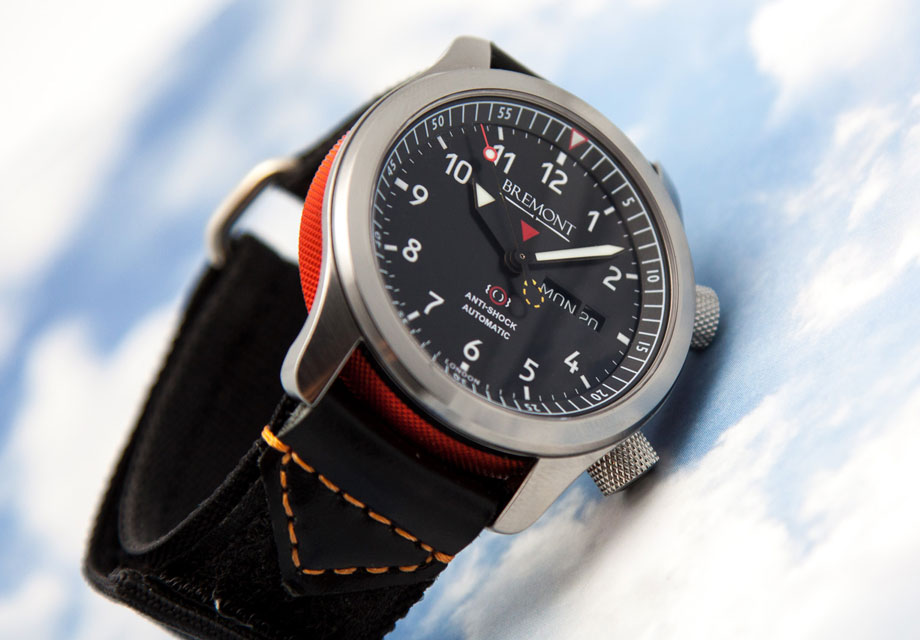 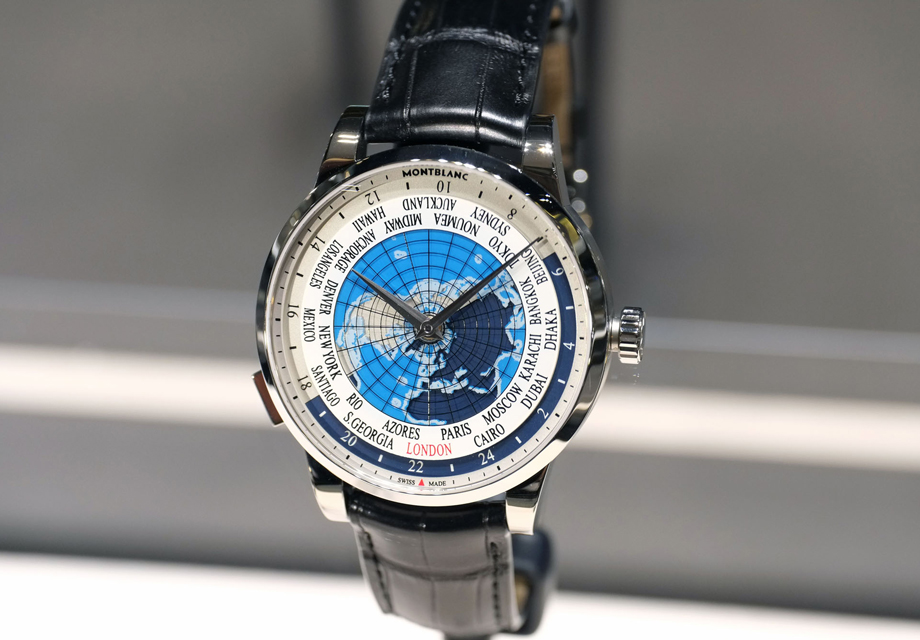 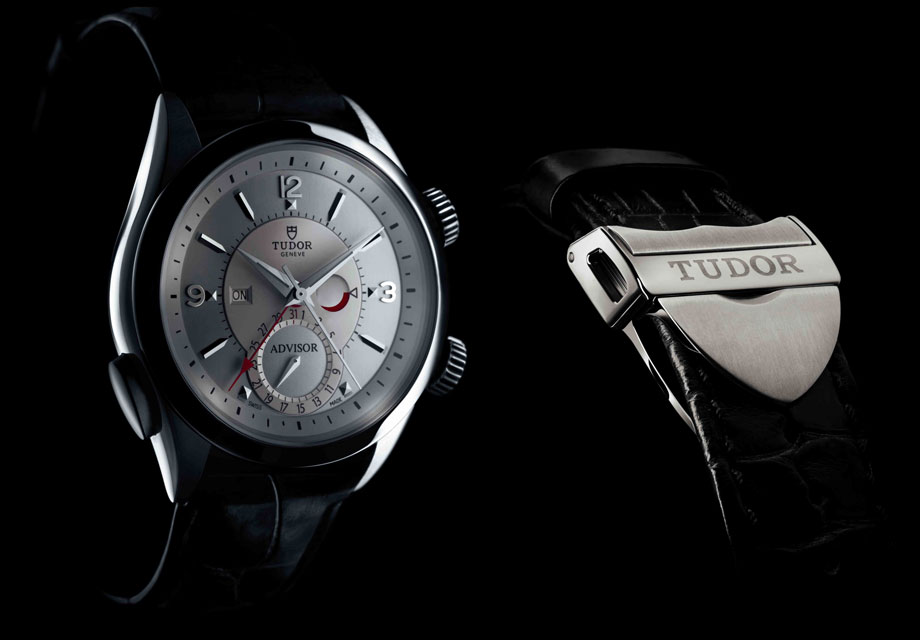 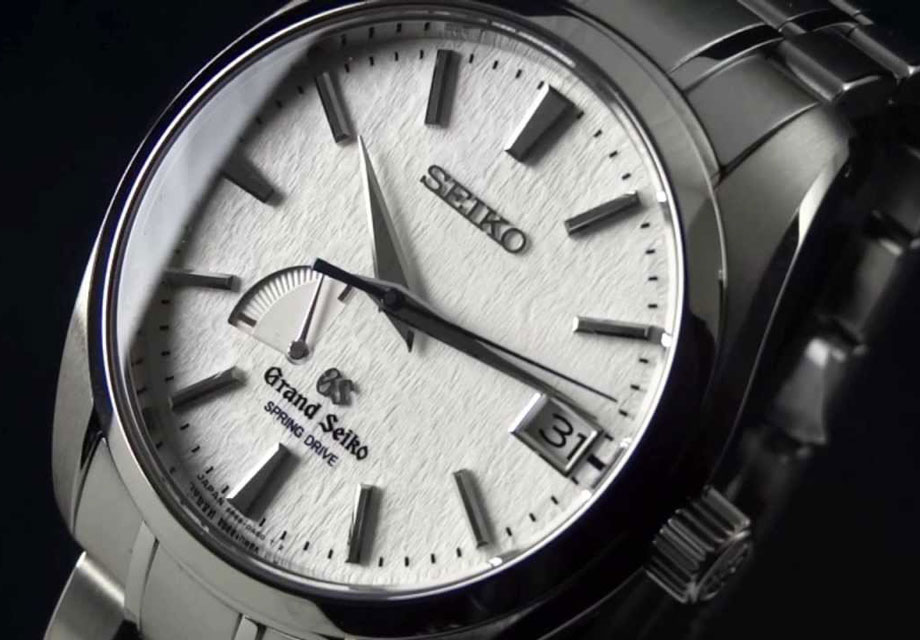