Behind The Wheel: Maserati Ghibli 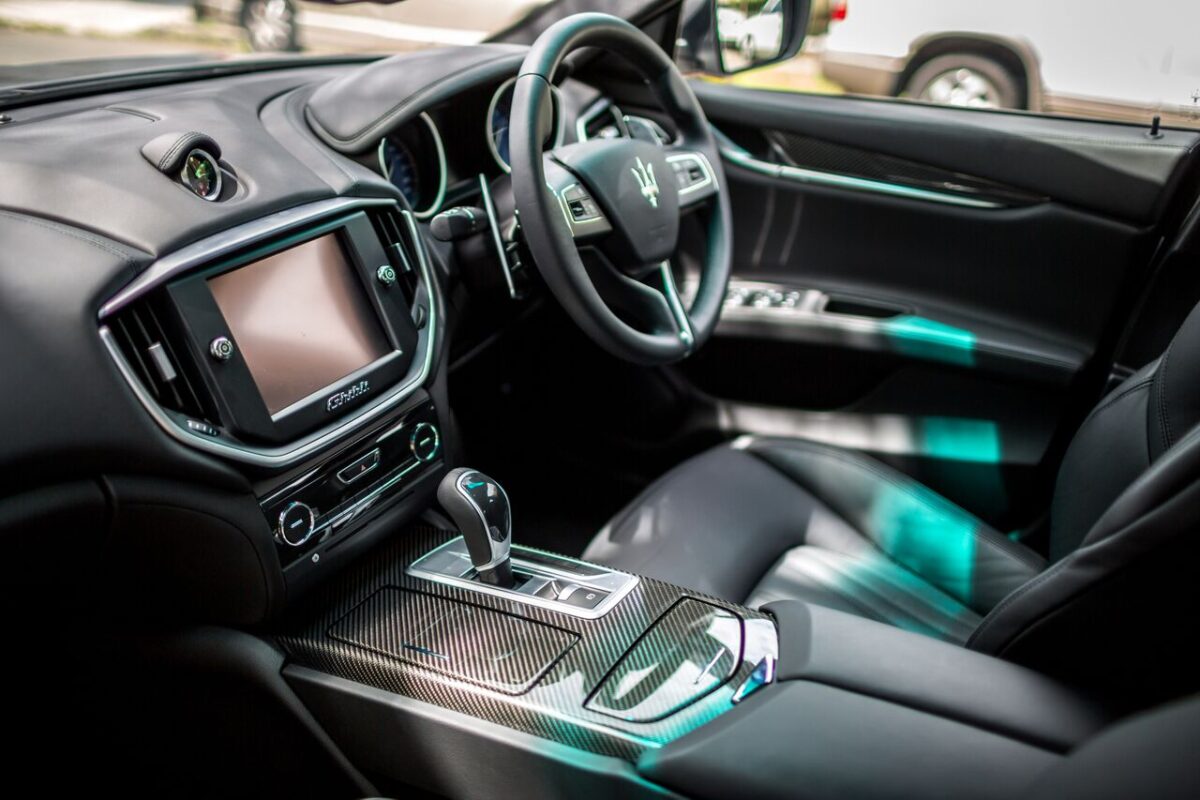 Braving the Winter chill in Sydney is something no local ever wants to do.

But when Maserati throw you the keys to one of their most exciting sports sedans to ever come out of Modena, one can’t help but grab it by the trident, slap on some ear-muffs and knock off work early to slice through the brisk in style.

That’s what we did anyway.

The Maserati Ghibli is the Italian marque’s answer to their German luxury counterparts. What we discovered on our journey was that it’s also a class act built to be relished on the open roads as much as sitting through the uninspiring Sydney traffic in plush comfort.

We’re not complaining though, as driving the Ghibli through congested roads before finding a few quiet back streets allowed us to sample the overall adaptability of the car’s engine and vehicle dynamics.

With a sticker price tag in the region of $140,000 the Ghibli is not an overzealous way to drop some coinage on a set of premium European wheels. Does it live up to its sports luxury roots? Let’s find out.

“The smooth exterior lines of the Ghibli goes a fair way in elevating the vehicle’s proportions into a sleek and sporty coupe.”

We got to test drive the standard Ghibli but this was a non-issue given the soul destroying pace of city traffic. There’s also a diesel variant for those looking to climb mountains with 600Nm of torque on tap.

The smooth exterior lines of the Ghibli goes a fair way in elevating the vehicle’s proportions into a sleek and sporty coupe. The same story can be said for the interior which is beautifully handled with a combination of premium grain leather, carbon fibre trim and the finest fit and finish you’d expect from a luxury car maker.

The first thing we noticed upon entering the vehicle was the front leather seats, including passenger, which were more than accommodating and soft to touch.

They also offer a plethora of electronically programmable positions to satisfy the leggiest of drivers. Finer touches such as the beautifully embossed headrests which feature the Maserati trident logo is one aesthetic we definitely dug.

After a slight Winter tan? You’re in luck as the Ghibli’s electronic sunroof provides the perfect inlet for Sydney’s ocean breeze and rays to seep through. And whilst we’re on the topic of interior goods, we definitely noticed the exquisite material of the roof lining which again helped to enhance the overall warmth and detail of the cabin.

Sliding into the rear seats was an effortless affair for this one particular driver, however our taller assistant photographer (who plays competitive basketball) did mention some slight adjusting of the legs before slotting in comfortably. Mind you he’s easily over 190cm tall, so this shouldn’t be an issue for most people in the Ghibli.

We found that the leather in the rear seats were also minutely firmer than the fronts, but this can be attributed to the near-zero wear and the fact that no one had actually used the rear seats before us.

The centre mounted infotainment system provided all we needed in terms of connectivity and navigation. If you’re still living in the 90s however and prefer listening to a CD, you may find it a minor hassle to insert a disc front on as the slot is partially obstructed by the gear lever. A simple diagonal insert will do the job just fine.

Cabin road noise was spot on at a minimal with only the sound of your music at play or the sweet noise of that exhaust note making its way in.

It’s important to highlight that the Ghibli is not a blisteringly fast car – because it’s not intended to be. It all comes down to balance and the Ghibli possesses that in spades without being a snail.

The 330hp motor will get you from 0-100km/h time is 5.6 seconds with a top speed of 263km/h which is a respectable effort considering the car weighs 1,810kg. Torque is rated at 500Nm and in Sports mode, the divine exhaust really sings and comes to life. In short, its Italian DNA is there when pushed and it will deliver the goods without feeling completely out of control.

As a classy cruiser, the Ghibli does a great job matching performance in Sports mode, and surprising levels of economy in Standard. Our day of combined Sports and Standard modes got us about 9.6L/100km around town (expect slightly more if you keep it in Sports).

Why We’d Sell Our Kidney For One

The Maserati Ghibli is a fine addition to the sports sedan segment and it definitely knows its target market. Perched on the Bondi to Bronte sidewalk, our car stood out rather well and received a few long glances and queries from older gentlemen. 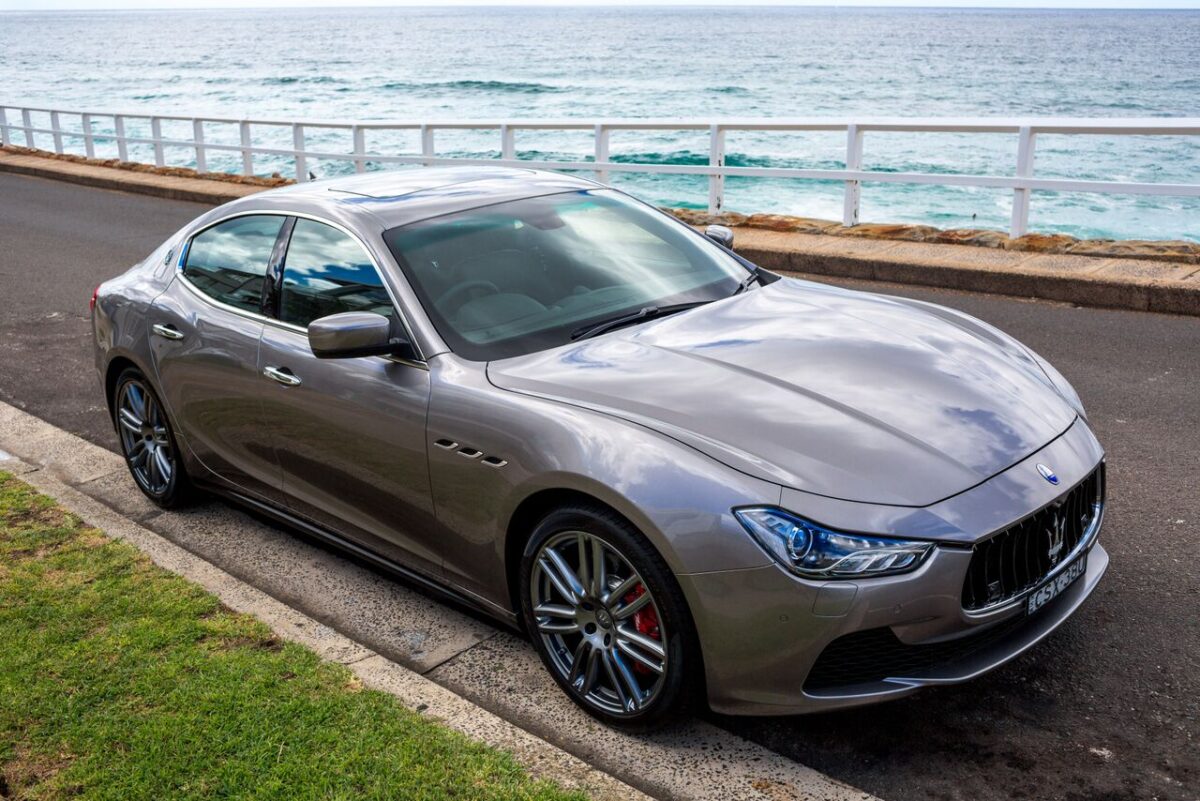 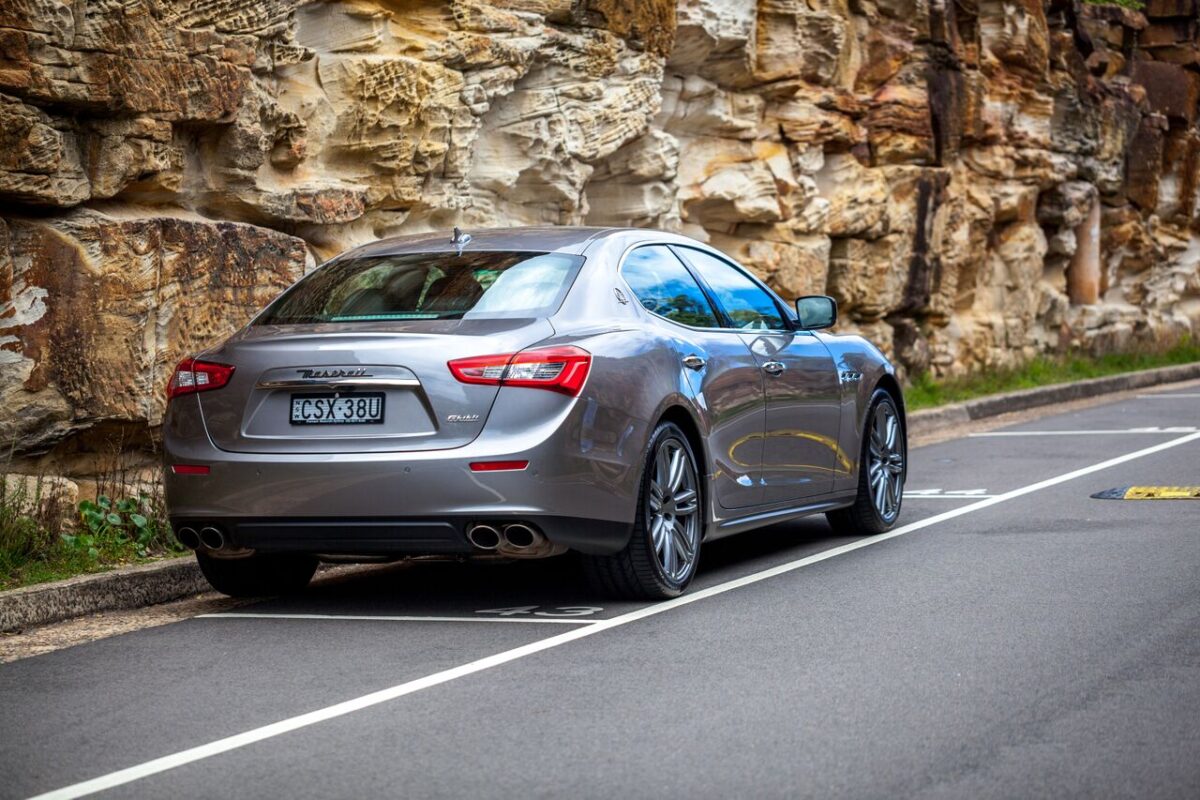 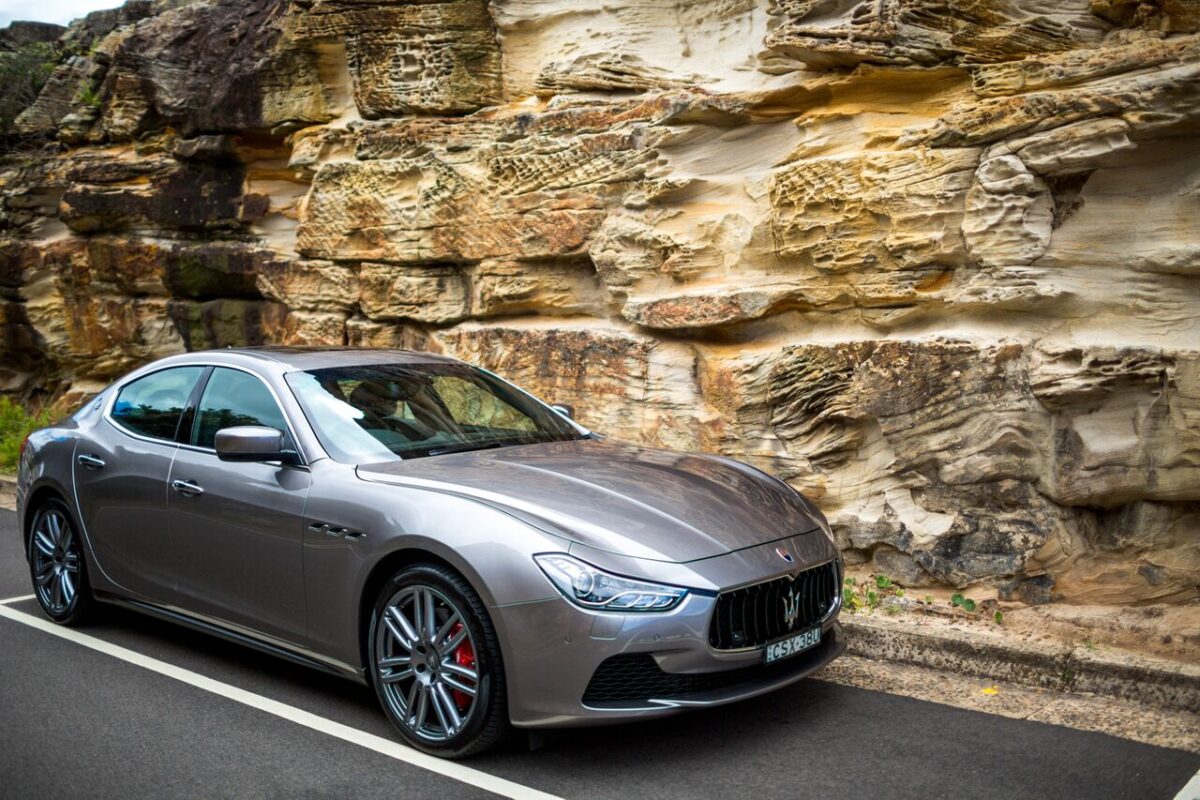 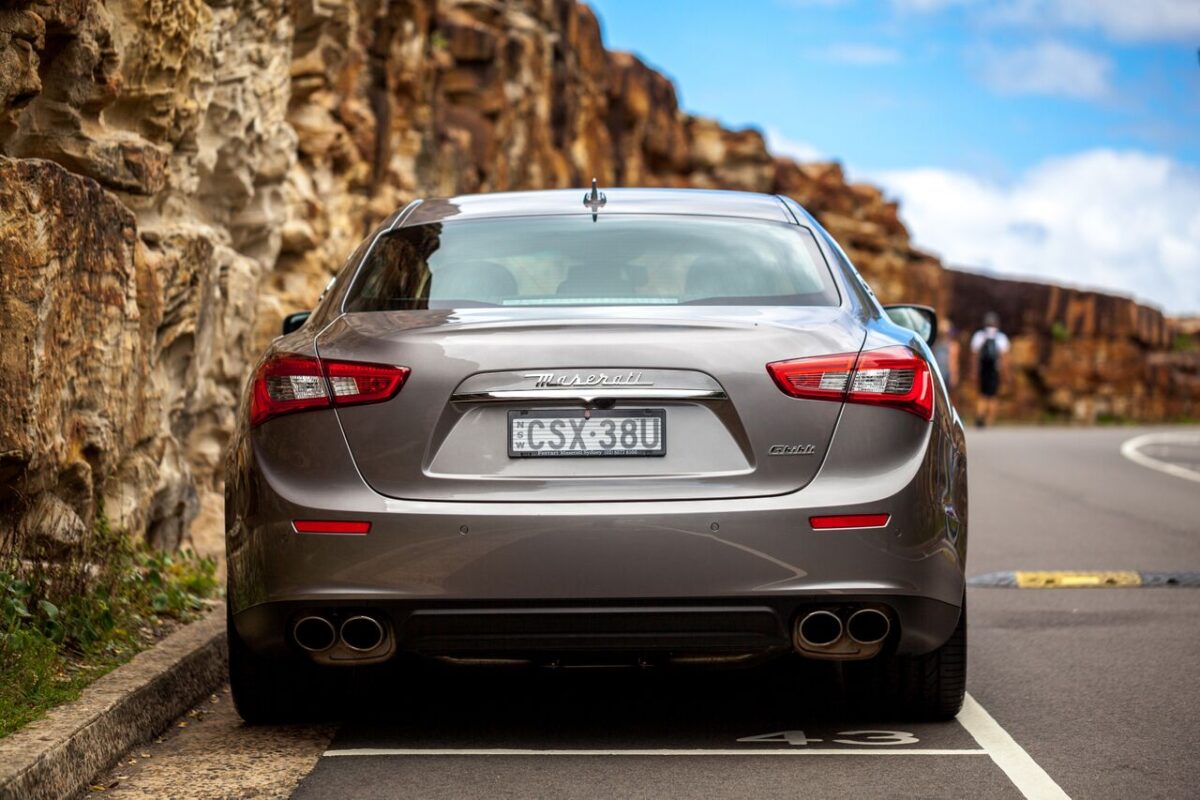 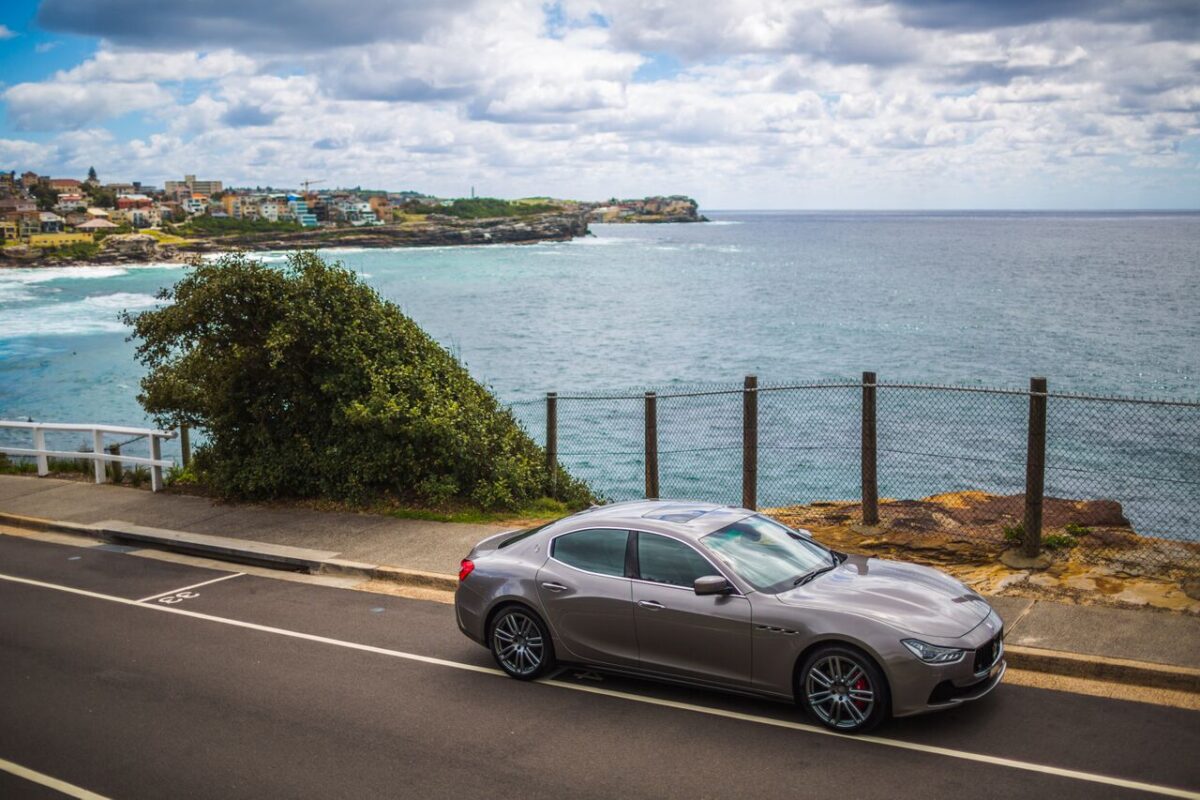 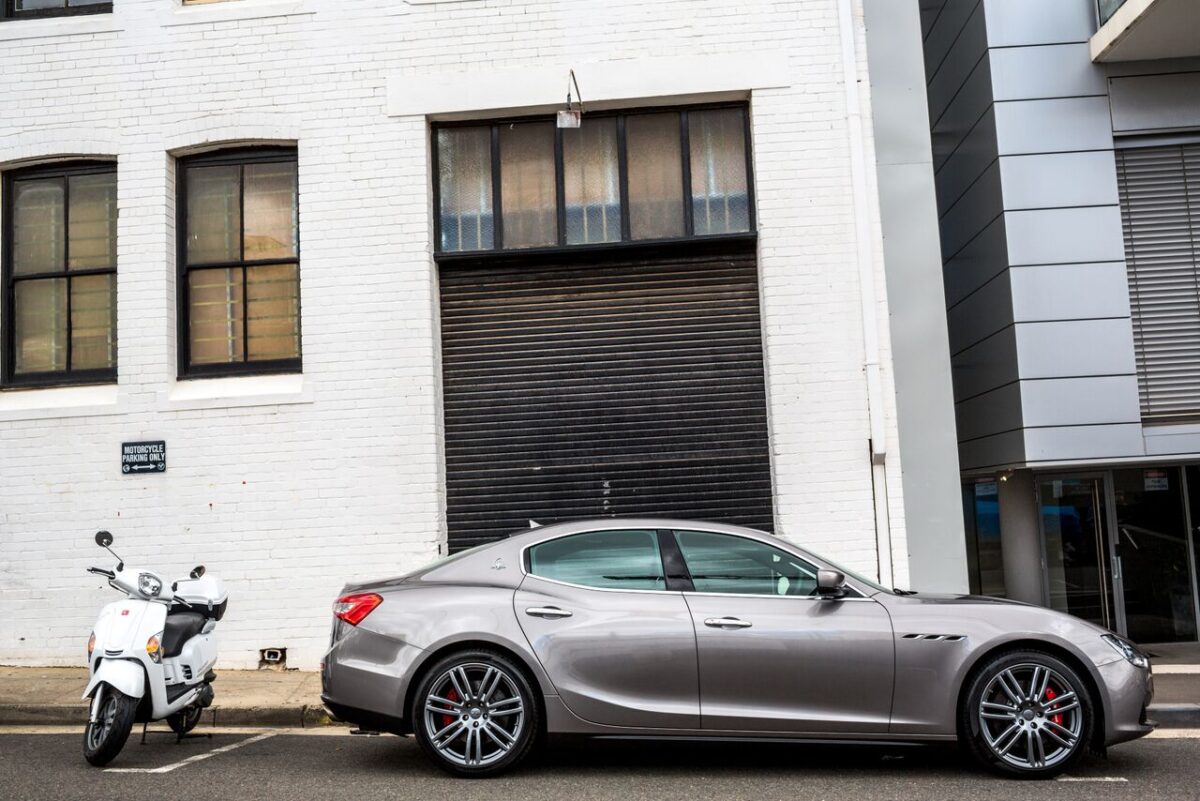 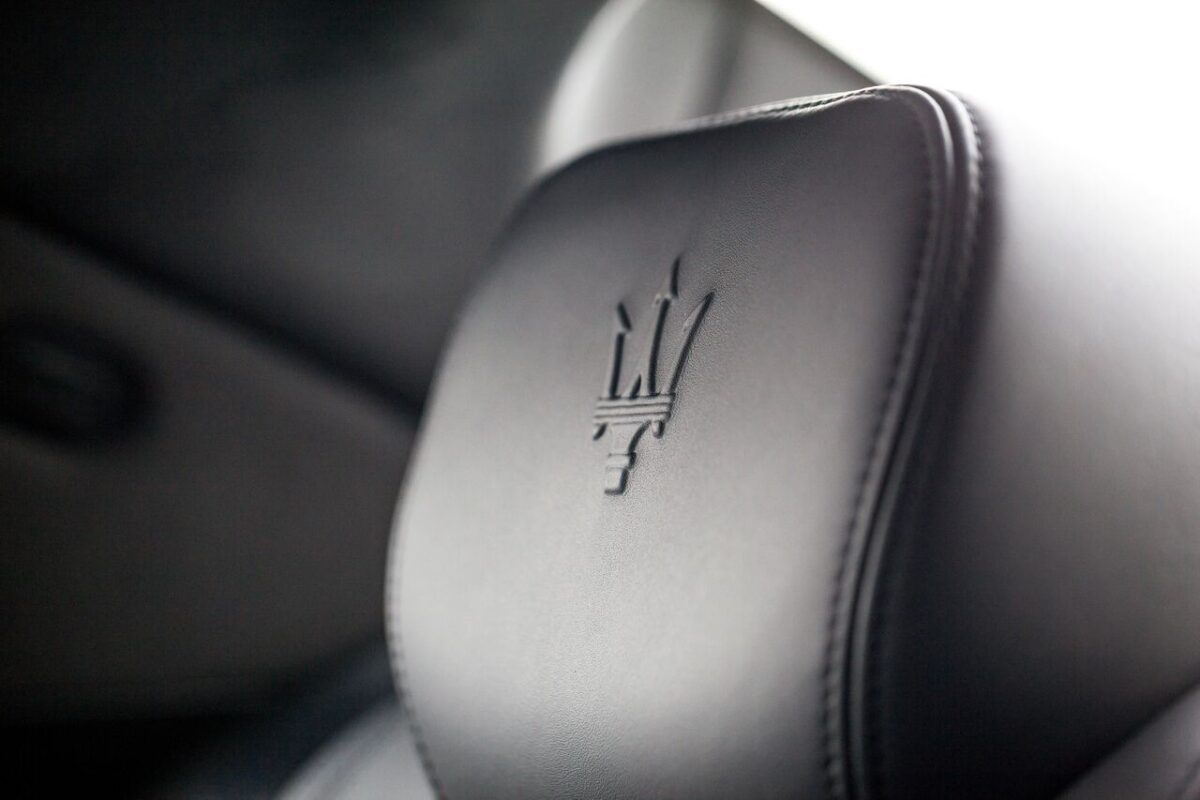 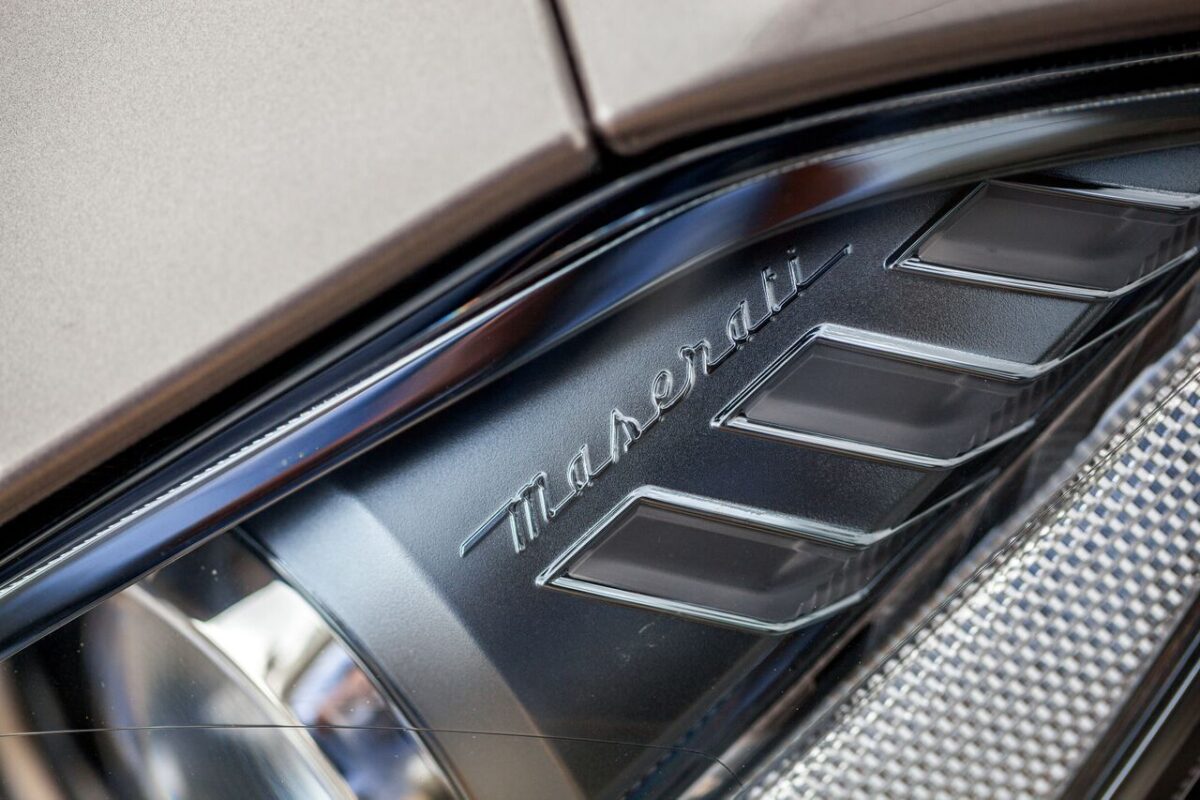