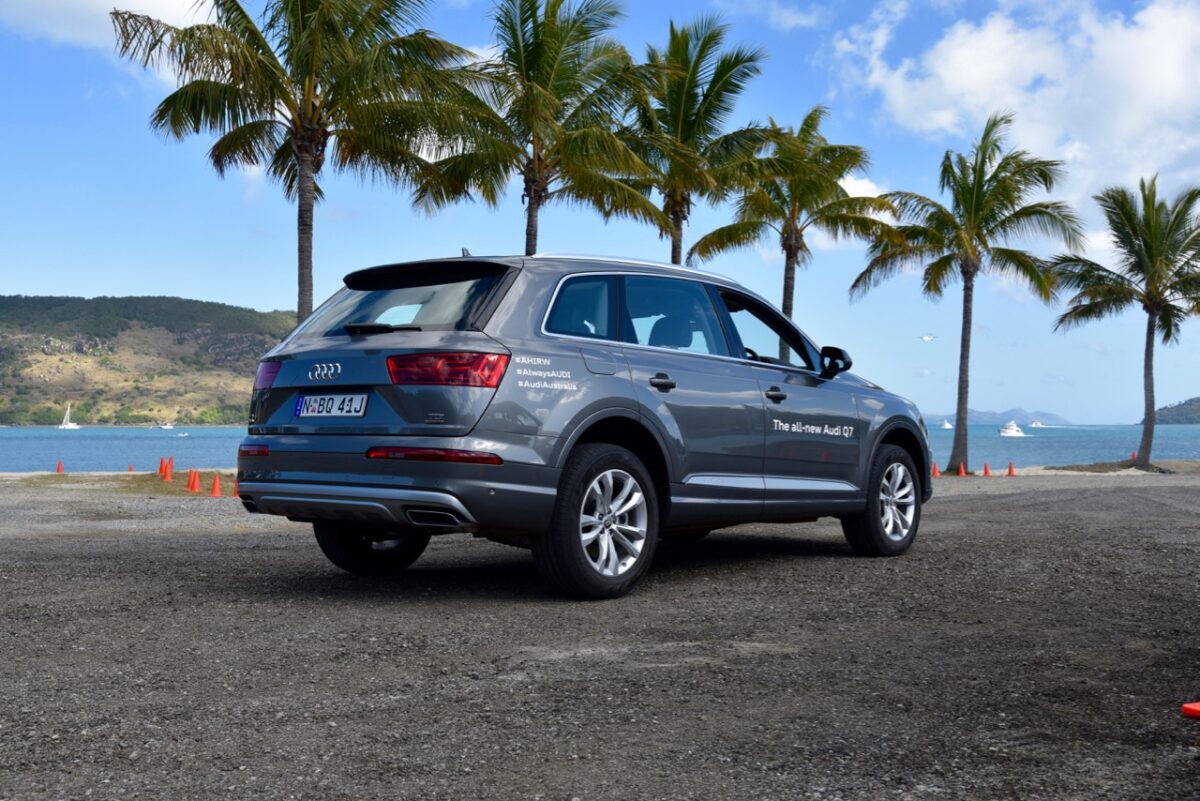 It’s always sunny on Hamilton Island and when the sun comes out it’s time to play. These were the instructions given to us by Audi Australia so we had to oblige.

Our cracker of a day kicked off with the stunning backdrop of the water before a chauffeur kindly whisked us away in his A7 to go stretch the legs of the all-new 2016 Audi Q7. We know what you’re thinking – who on Earth would go all the way to Hamilton Island just for a test drive?

Given that this is the first true evolution of the car in ten years, this event is certainly a milestone for the German car maker. Even more fitting was that we were keen to see exactly what all the fuss was about.

Slipping into the stylish new SUV, it’s easy to spot the massive improvements over the older model and where Audi focused their efforts. The interior space is exceptional as is the quality of fit and finish.

Visually we noticed a better map integration within the dash which looked a lot cleaner than the previous model’s. Overall, technology, refinement and comfort are all positives that come to mind when stepping into the new Audi Q7.

On the outside the car looked surprisingly compact, with design cues on par with other SUVs in its luxury class market. The Q7 however appeared to have squarer lines which gave it a bit of an edge.

Then the instructors told us to drive the car through a custom built 4WD track at the yacht club. As you wish, we suppose.

The Q7 was pitched against some serious looking rocks, hills, sand hills and tight corners. We found that the car was most at home in dynamic mode, making easy work of the significantly lighter chassis – a 325kg reduction in fact from the use of aluminium throughout.

For now, Australians will only get to enjoy the non-petrol 3.0-litre TDI Quattro variant which pegs power at 200kW and 600Nm of torque. Although with so much refinement going on in the inside, it’s hard not to call this new package a win for Audi.

Keep an eye out as we bring you more from the Audi Hamilton Island Race Week. 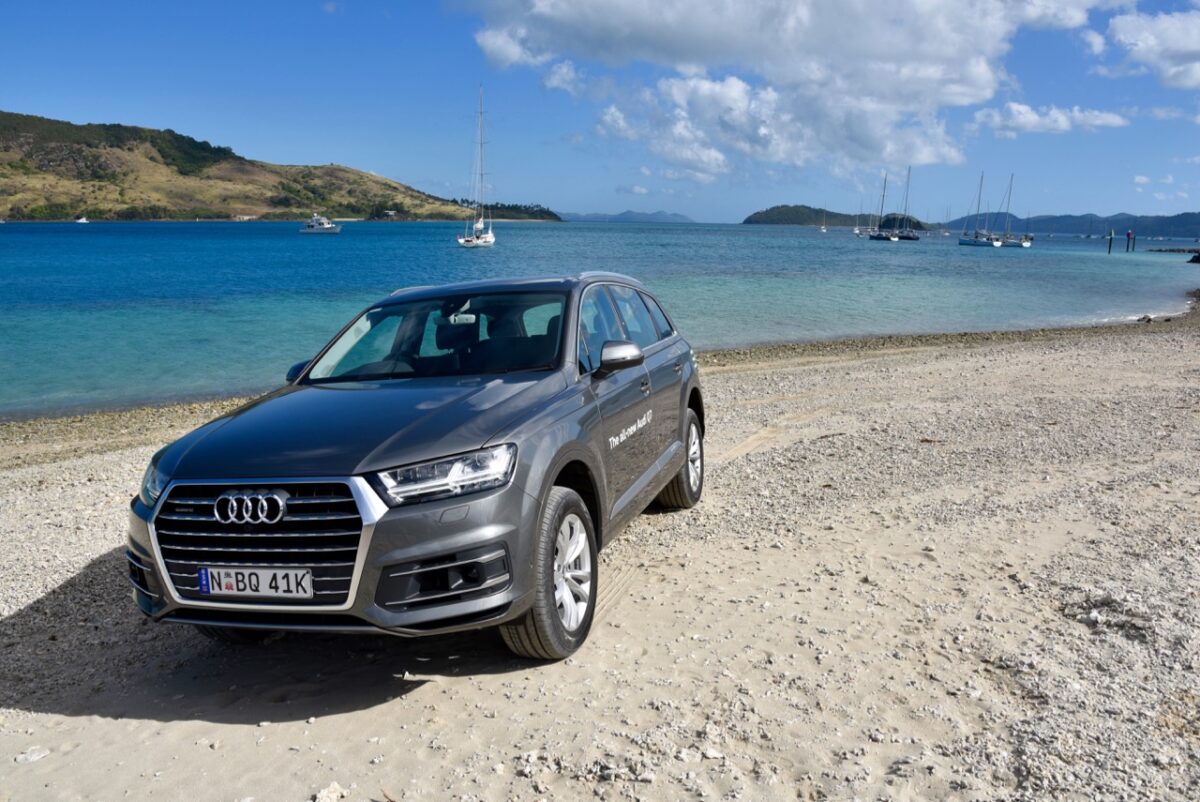 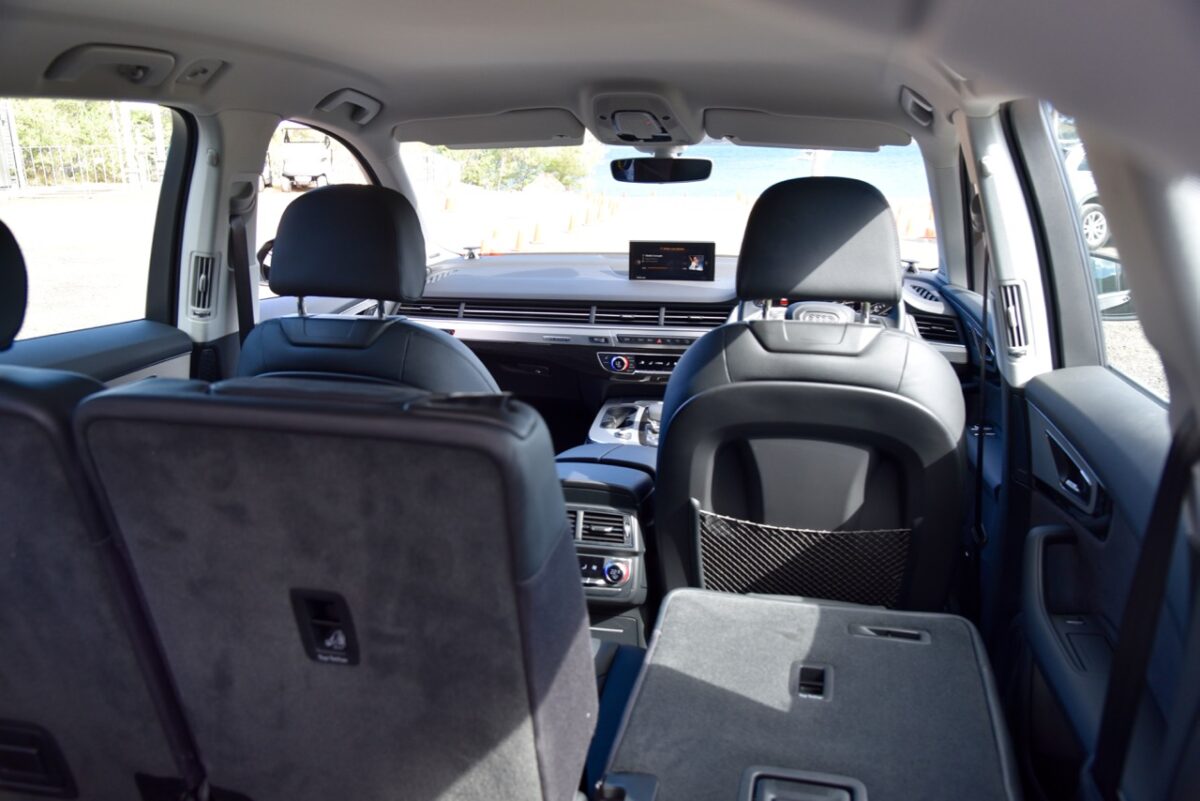 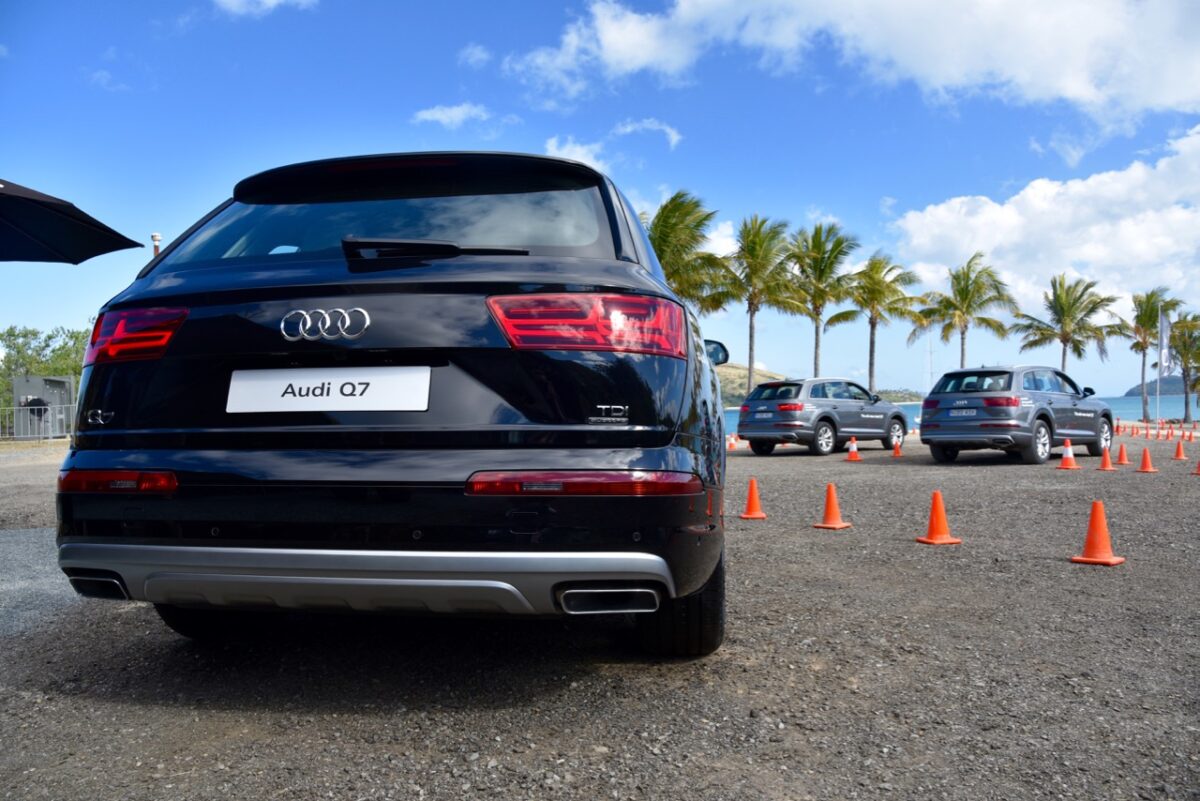 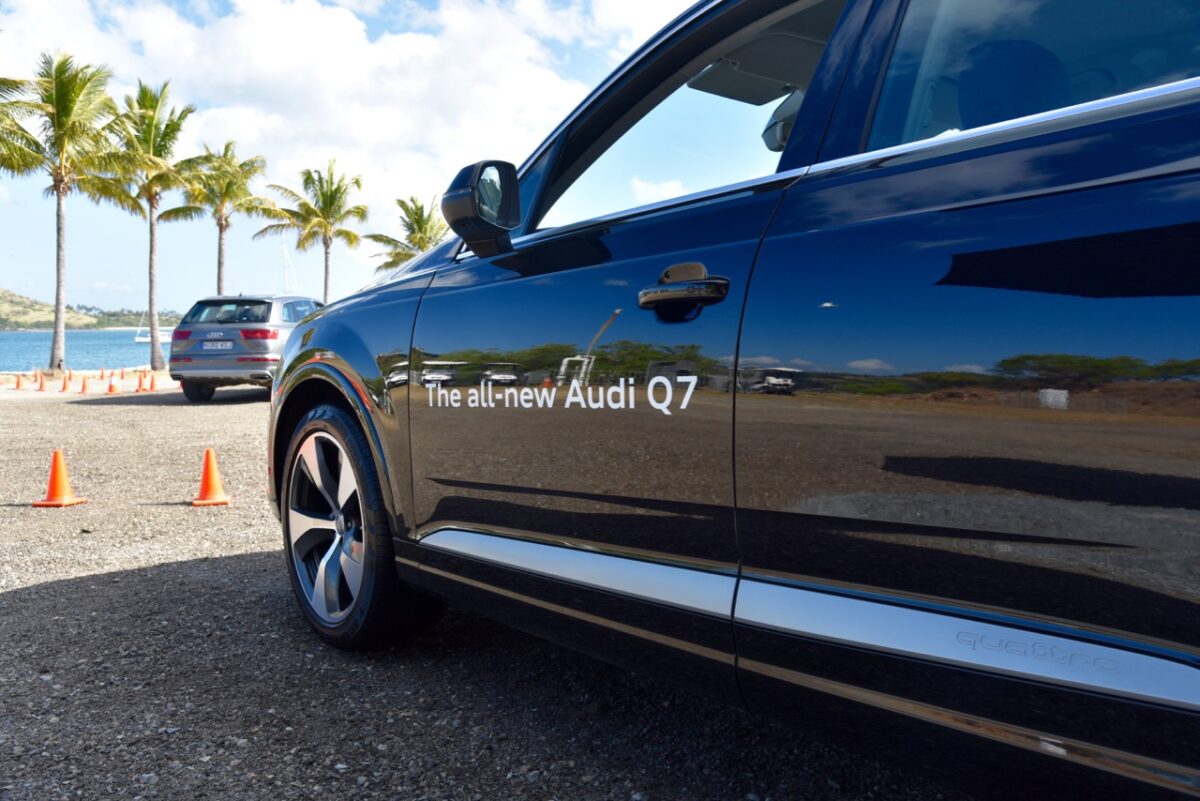 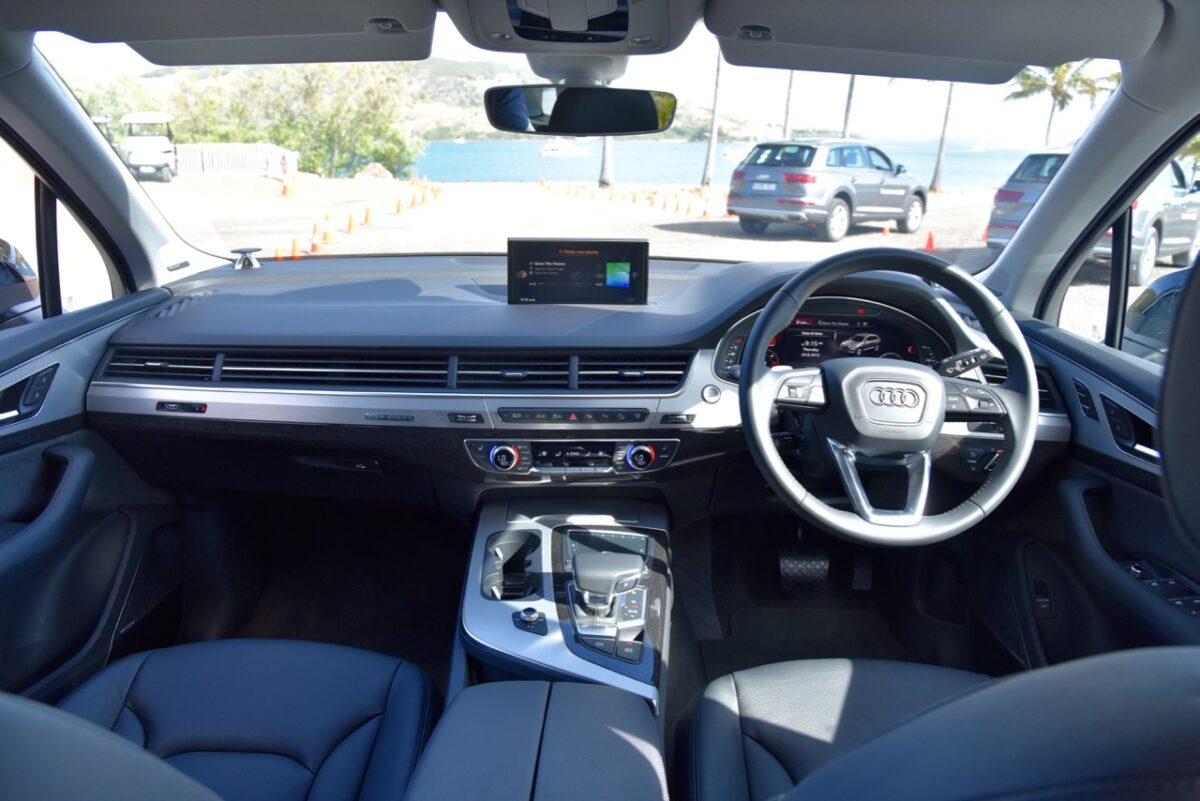 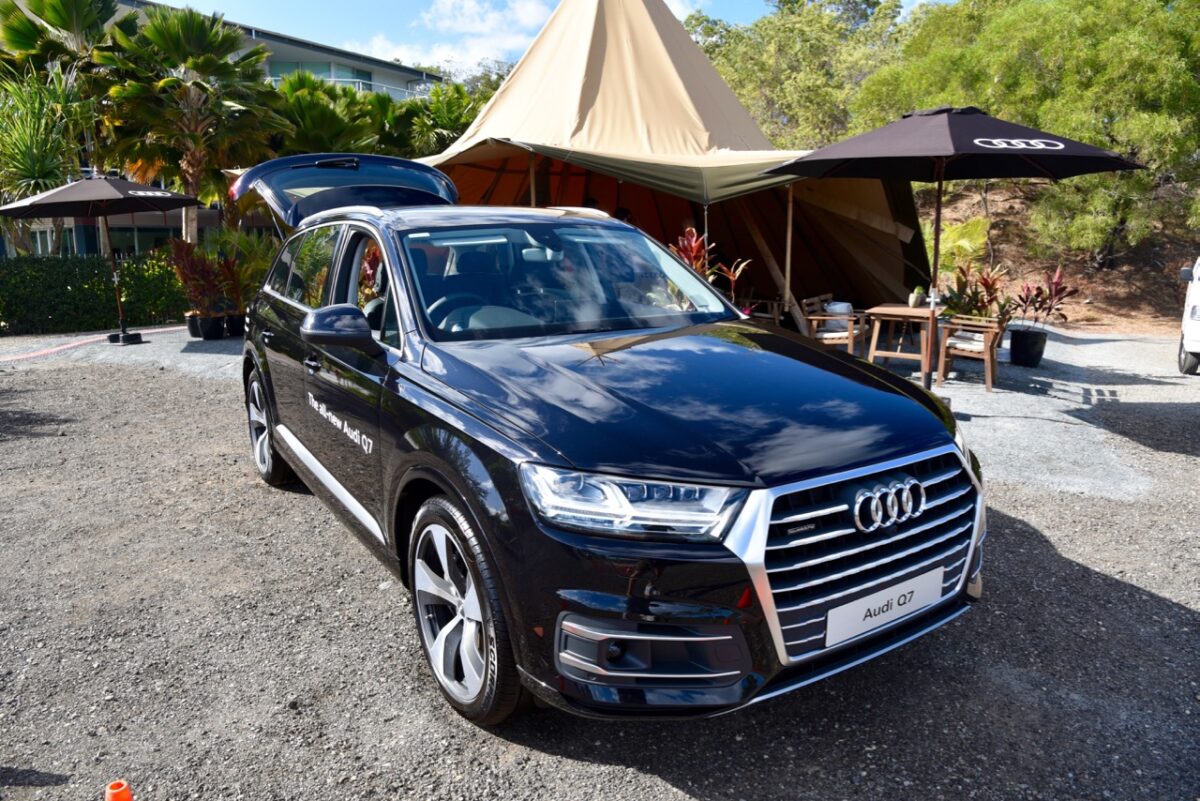 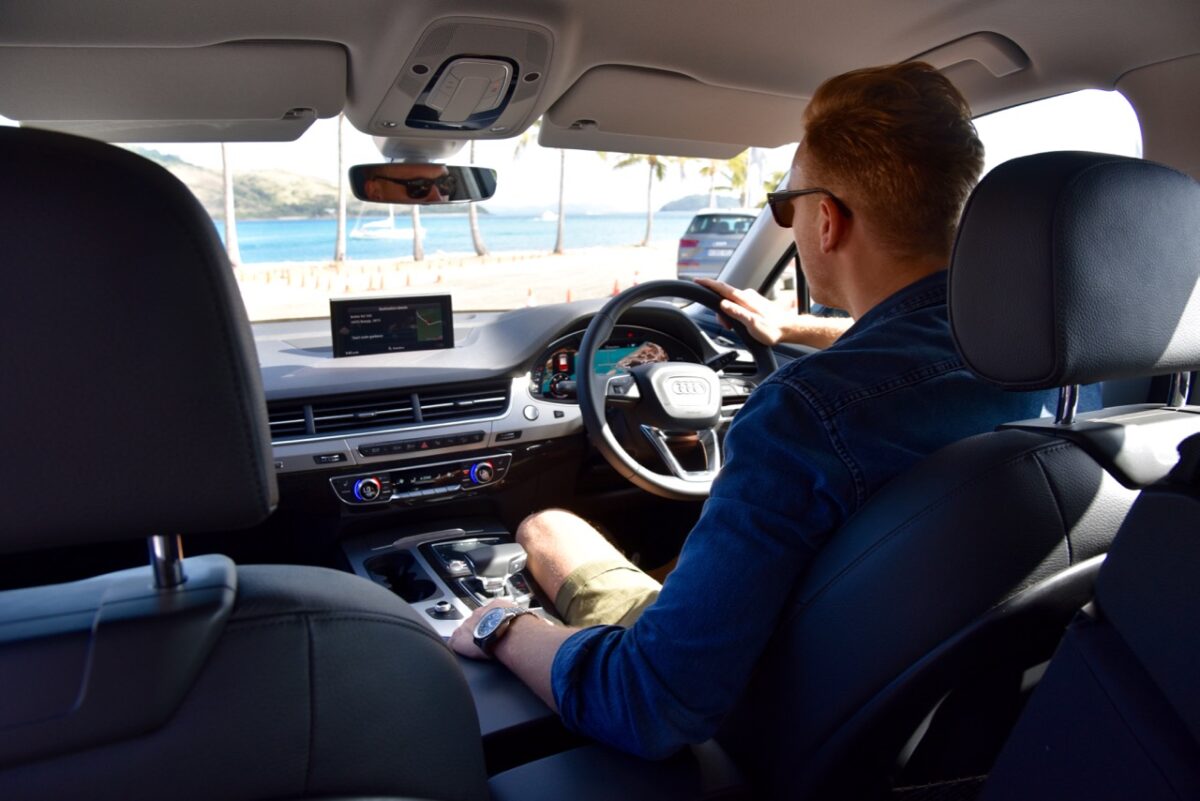