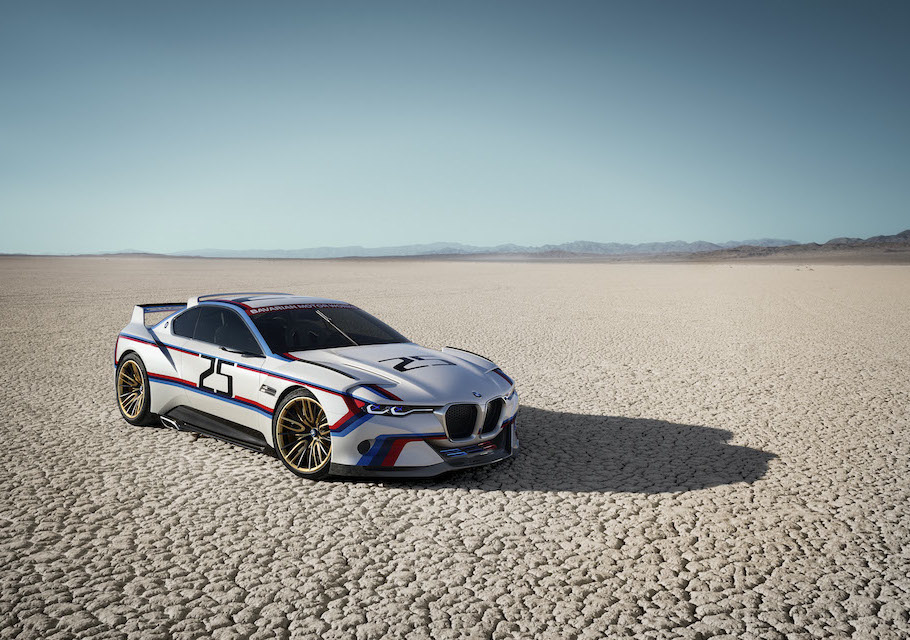 When BMW first trotted out the 3.0 CSL Hommage back in May, the car was met with mixed reactions. Critics felt it wasn’t a fitting tribute to the beautiful 3.0 CSL of the early 70s.

Rather than scrapping it, BMW buckled down and debuted a second version of the car at the 2015 Pebble Beach Concours d’Elegance. The revamped 3.0 CSL Hommage R keeps much of the same bodywork, but adds the new BMW Racing paint scheme, gold wheels, and a lower, wider stance.

Along with its striking exterior, the 3.0 CSL Hommage R packs a handful of innovations that are less immediately obvious. The steering wheel display offers the driver details about the current track and his race position, while special piping in the driver’s suit sleeves illuminates when both the driver’s hands are on the wheel. The driver’s helmet can also show speed and engine information.

This is clearly just a concept car, but odds aren’t bad that some of its design cues will make their way into future production vehicles.