Breitling & Bentley Take To The Skies For Jet Team Series 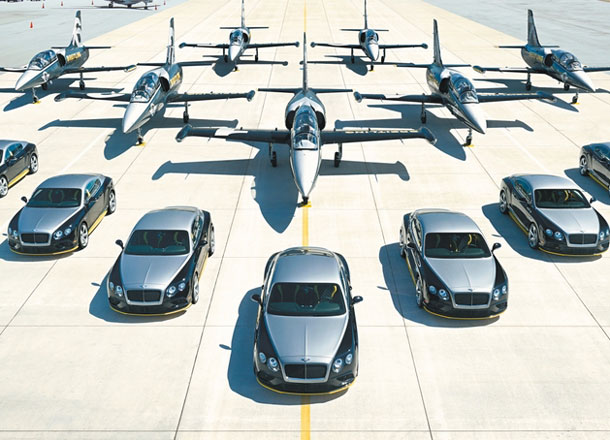 There must be something lucky about the number seven as that was the number of cars, jets and watches presented at the recent Seattle Boeing Seafair Airshow.

Seven lucky owners of the new bespoke Mulliner vehicles were presented with their keys alongside a jet and personal pilot before taking to the skies in formation for a once-in-a-lifetime initiation. How would they know it’s home time? They were also presented with seven Breitling Chronomat 44 Jet Team American Tour timepieces of course.

The Breitling Jet Team is considered the world’s largest professional civilian flight team and features jets which can reach speeds of up to 900 km/h whilst flying within a few feet of one another.

This same notion of passion and performance resonates closely with the Bentley Continental GT Speed. If a 6.0-litre twin-turbo W12 with 626hp production vehicle doesn’t get your pulses racing on land then not much else will.