For any Australian heading over the the annual Burning Man Festival in the Nevada Desert this August, you’re in for a bug problem. The entire camp site has been overrun with creepy crawlies that will make the strongest of stomachs quiver. 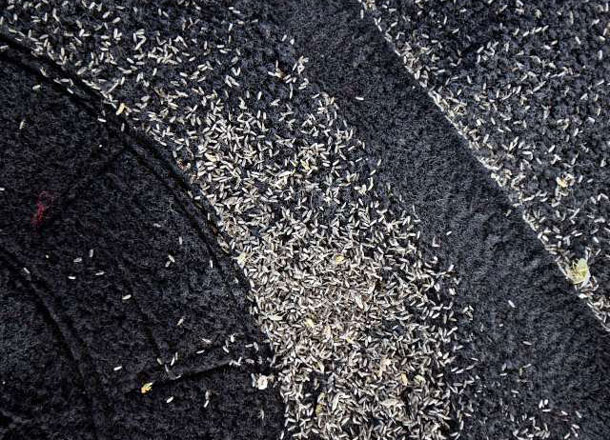 A steady flow of images have been coming in via Twitter from users who are currently on the camp site. Under the carpets, engulfing whole 4WD tyres and on bed sheets, it seems nothing can be done to rid these insects who are sure to keep unsuspecting partygoers on their toes (and out of bed) come festival time. 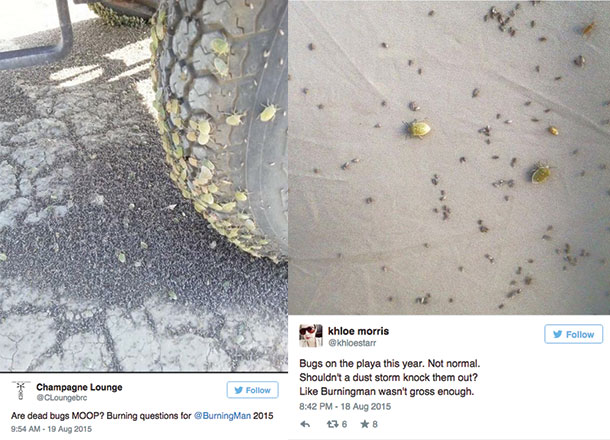 “You may have seen the bug rumors on the internet. We are here to tell you that they are all true. Well, maybe not all of the rumors, but the bugs are real. They’re everywhere. They bite. They crawl all over you. They get up and in you.”

“…A good-sized green bug fell to the ground. It had crawled into her bra.”

“Metal Shop Heather wears a welding mask most of the day. Bugs have crawled up inside her visor and nestled around her eyes.”

“What’s going on? We don’t know. We don’t know how the little critters survive in the heat and the sun. All we know is that if you pick up some wood, you’re likely to uncover hundreds or thousands of the things.” 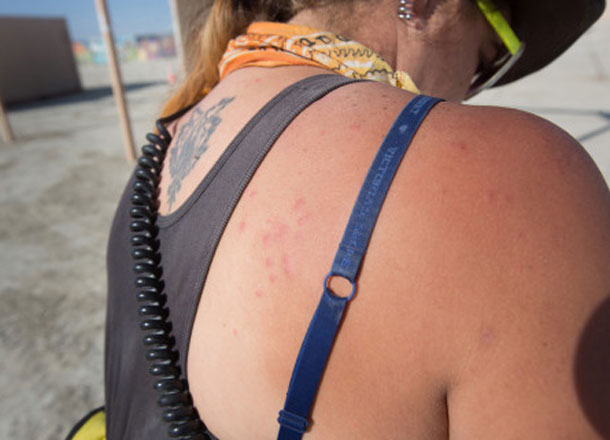 For all your Burners out there holding onto a golden ticket, Godspeed.