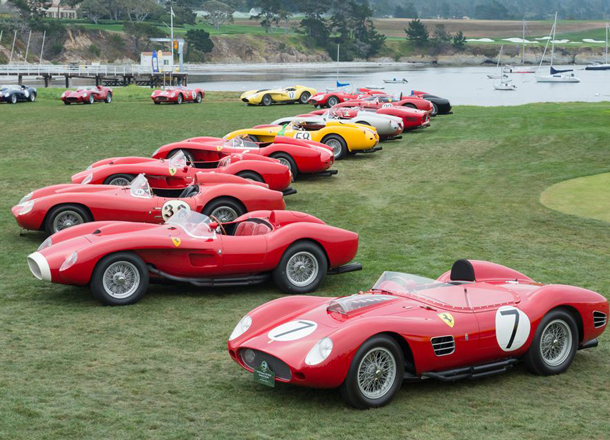 It’s August. The devout are gathering on the 18th green of the legendary Pebble Beach Golf Links, nursing predawn coffees while Pacific waves lap against the coastline of California’s Monterey Peninsula.

Some have been here since 4am, and hundreds more will join as the day rolls on. When the four-wheeled guests of honour finally make their entrance, they’re met with an eruption of cheers, applause, and shutter snaps. Welcome to the Pebble Beach Concours d’Elegance.

For 364 days of the year, Pebble Beach is best known for its breathtaking golf course. But for one Sunday in August, the 18th green becomes home to one of the world’s most famous, and well-publicised, celebrations of automotive excellence.

One part charity fundraiser, one part collectable car auction, and one part social event, the Concours d’Elegance attracts connoisseurs of both art and engineering. They gather to celebrate the rarest and most valuable vintage cars, some of which cannot be seen outside of museums or private collections.

If you consider yourself an auto enthusiast, a trip to Pebble Beach is a must before you go to the Great Garage in the Sky.

Today the Pebble Beach Concours is one of the top-ranking collector car competitions in the world, but it began as an addendum to the Pebble Beach Road Race. The first Concours was held in 1950 on a practice tee and driving range adjacent to the Beach Club. Just 30 cars were exhibited, but the event was a smashing success.

A second Concours followed in spring of 1951. In 1953, entries exceeded 100 for the first time. The Concours and Road Race continued to be held together until 1956, when Ernie McAfee lost control of a 1955 Ferrari 121LM Scaglietti Spyder and collided fatally with a tree. The races moved to Laguna Seca in the wake of the tragedy.

The Concours continued to draw thousands despite the divide. It has been held for nearly every year of its 65-year history, skipping only one in 1960 due to inclement weather and scheduling conflicts. Over the years current concept cars, motorcycles, auctions, art exhibitions and the first Tour d’Elegance have joined the festivities.

The Pebble Beach Concours now attracts 200 cars, worth hundreds of millions of dollars collectively, and an audience of 15,000 spectators each year.

To put it simply, you won’t see a collection of cars of this calibre anywhere else on the globe. The vehicles on show cover more than a hundred years of automotive style and technology. All are well preserved or accurately restored, and still capable of doing what they’re designed to do: be driven.

It’s no easy feat to become a Concours car. In addition to the above criteria, an entrant will most likely have some historic value. Perhaps it debuted new technology, or started a new styling trend, or has a notable racing record. It will also be rare. And above all, it will be elegant.

The entry process is highly selective. Applications are sent out in November of the previous year and are due the following January. The Concours Selection Committee meets at the end of March to decide which cars will receive a coveted invitation to the competition. Applicants are notified of the committee’s decision by mid-April and spend the next few months furiously preparing their prized possessions.

Preference is given to cars not previously shown at the Pebble Beach Concours d’Elegance or at another major concours. With few exceptions, those selected cannot be shown at any other public car show, event, display or auction in August prior to the Concours. Cars are rarely allowed to return to the Pebble Beach show field within a ten-year period unless they have changed ownership and, unless they are an original preservation car, are freshly restored.

It’s not unheard of for collectors to pour years – and hundreds of thousands of dollars – into purchasing and restoring a car in hopes of being chosen. For the lucky few, the judging process is two-fold: Class Judges focus primarily on originality and authenticity, while Honorary Judges direct their attention to design, styling and elegance. Win your class and you could walk away with the year’s top prize: Best of Show.

A Day Of Motoring Extravagance

To attend the Pebble Beach Concours as a spectator, you must purchase a ticket. General Admission tickets will run you $300 USD in advance and $350 on the day of the show. Alternatively, you can spring for the $750 Club d’Elegance tickets. VIP parking and shuttles, early access to the show field, docent-guided tours, full breakfast and lunch buffets, complimentary beverages, and commeorative gifts are among the many benefits.

Many attendees dress up for the occasion, but consider that the event takes place outdoors. Attire should be comfortable and convenient for walking and picknicking. Layering is recommended, as temperatures can vary significantly throughout the day. The website notes that “styles range from dressy to resort casual,” but you’ll likely spot jeans and t-shirts as well. Don’t forget sunscreen and sunglasses, and perhaps a dapper hat.

Light food and beverages are available at concession stands on the show field. The Pebble Beach Market, located near The Lodge at Pebble Beach conference center, offers a selection of deli items for purchase. Two restaurants are located on the grounds and open to the public, but seating is limited and is on a first-come, first-serve basis.

Why You Need To Go

For authenticity, function, history and style, the cars of the Pebble Beach Concours are second to none.

Over the years Pebble Beach has been the site of many significant firsts. The 1985 Concours saw the only six Bugatti Royales ever made united for the first time. Four years later, the only three Alfa Romeo BATs were similarly brought together on the 18th green. Many of the world’s biggest marques choose to debut their latest creations at the Concours.

For die-hard auto enthusiasts, there’s little that could top the opportunity to see the Pebble Beach action up close and personal, but they can also take part in a series of related events spread throughout the week. The Pebble Beach RetroAuto presents a curated exhibition of rare collectables and memorabila, along with the latest luxury goods and technological tools for drivers.

There’s also the Pebble Beach Auction and the famed Pebble Beach Tour d’Elegance, a scenic drive along dramatic cliffs and coniferous forest at the edge of the Pacific Ocean.

Ansel Adams, photographer and former Honorary Judge at Pebble Beach, once said “My definition of an elegant car would be ‘the kind of car I would like to be buried in.'”

In that case, the Pebble Beach Concours is the prettiest parade of coffins you’ll ever see. 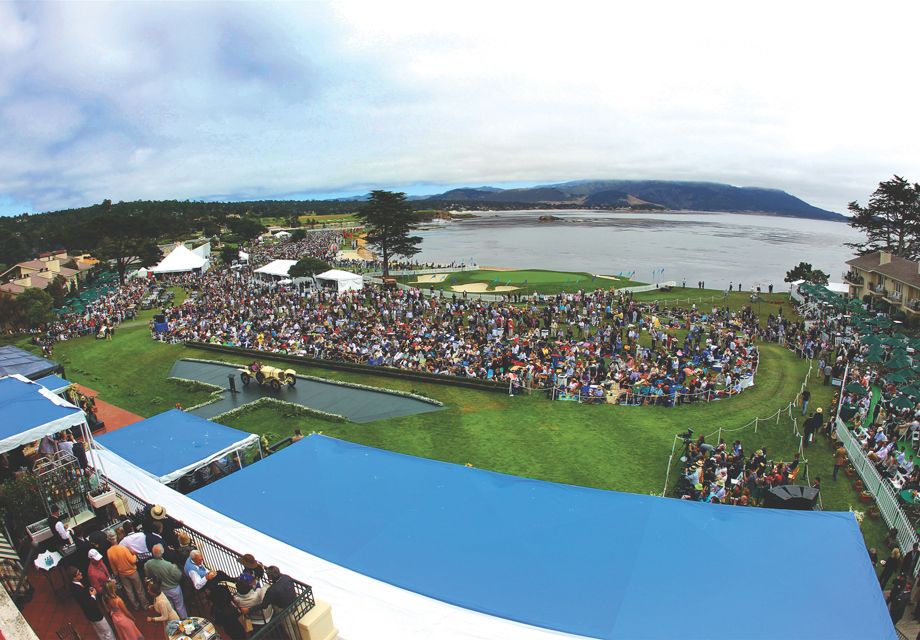 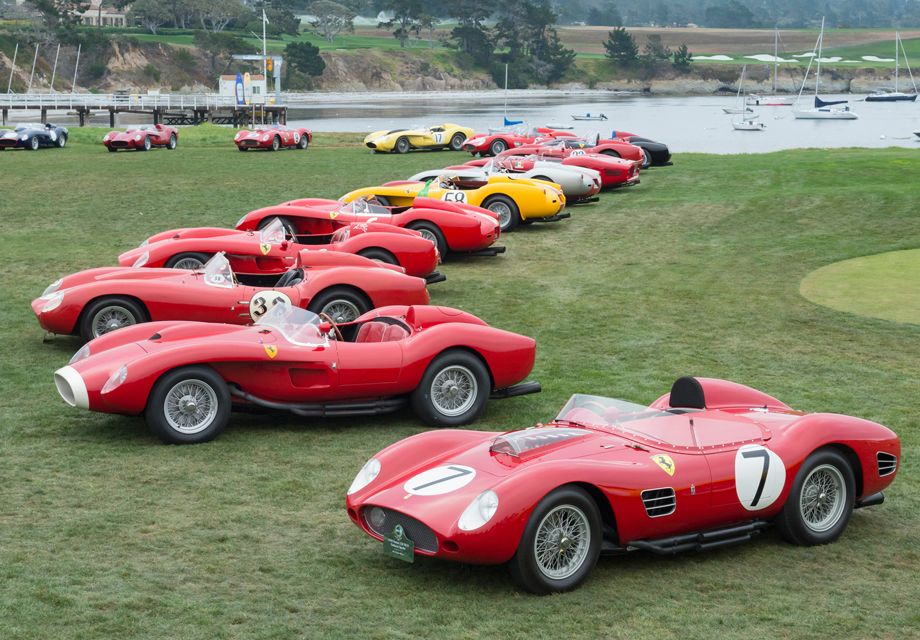 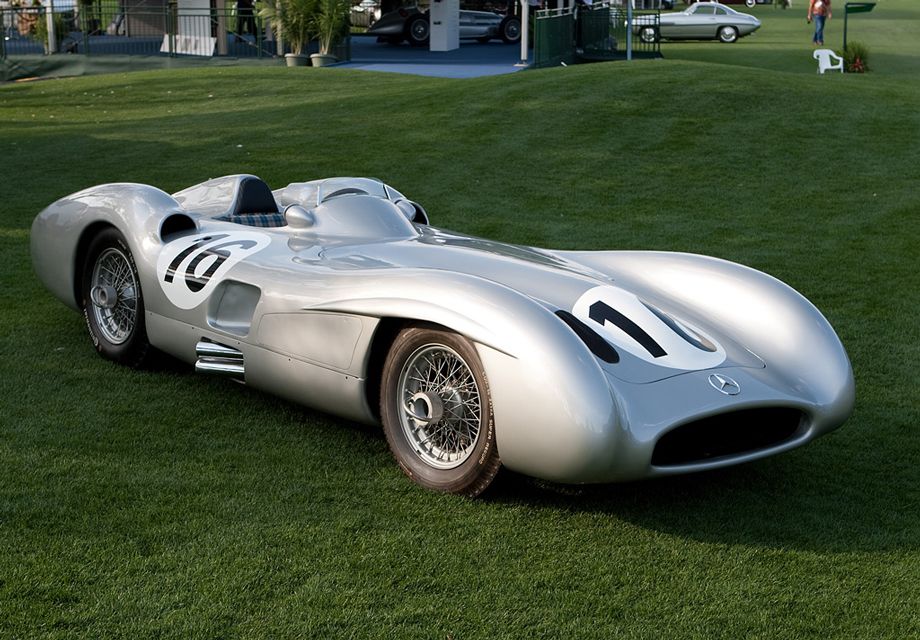 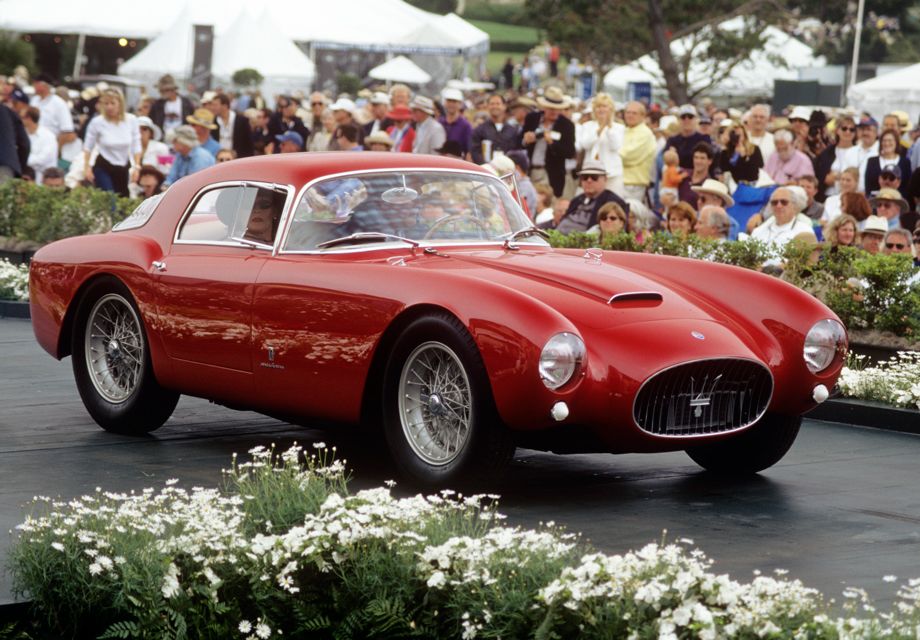 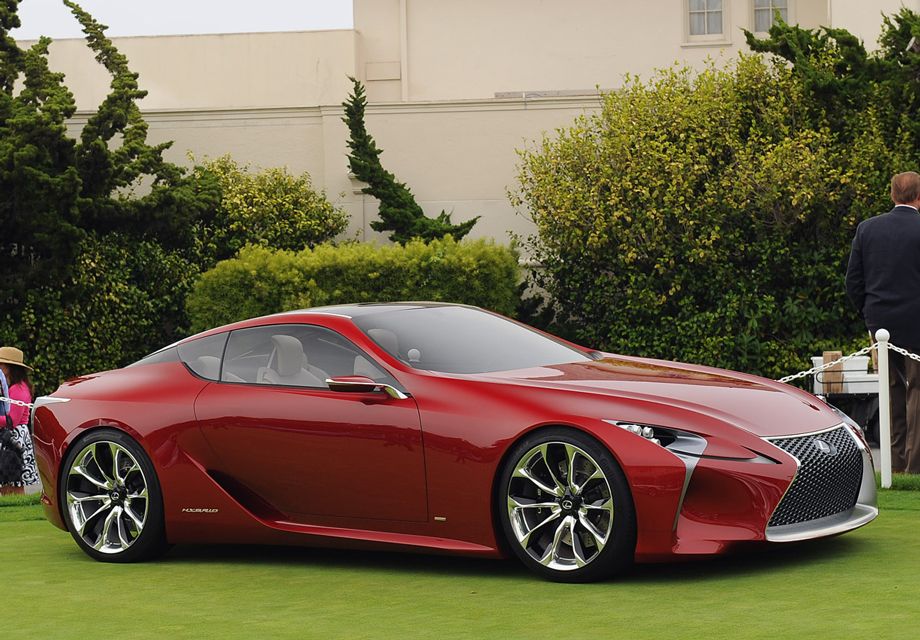 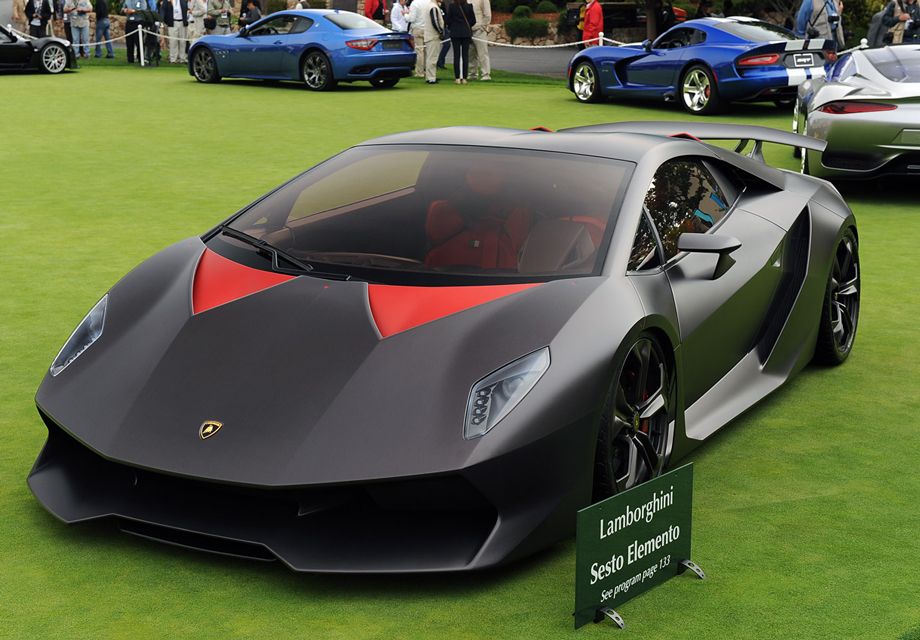 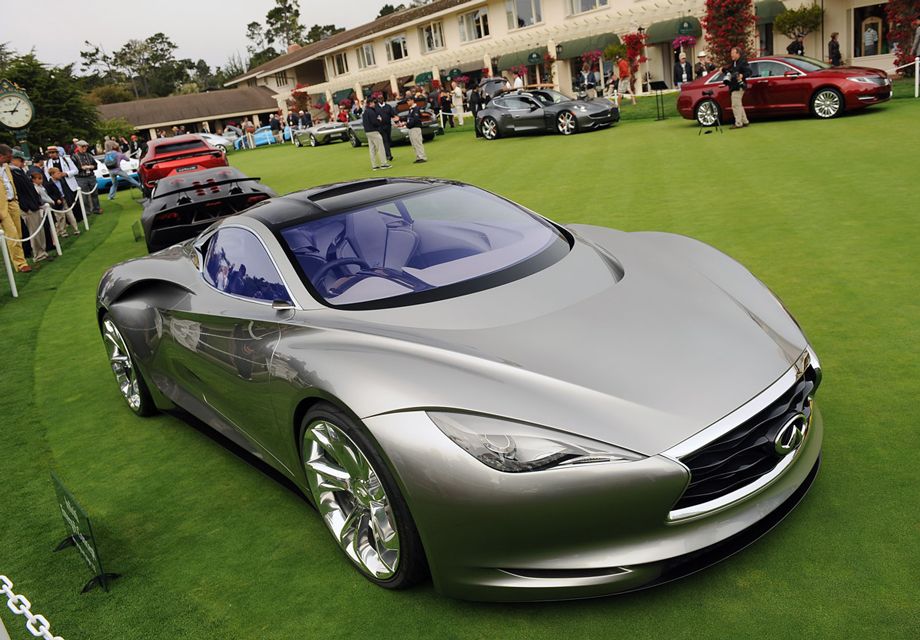 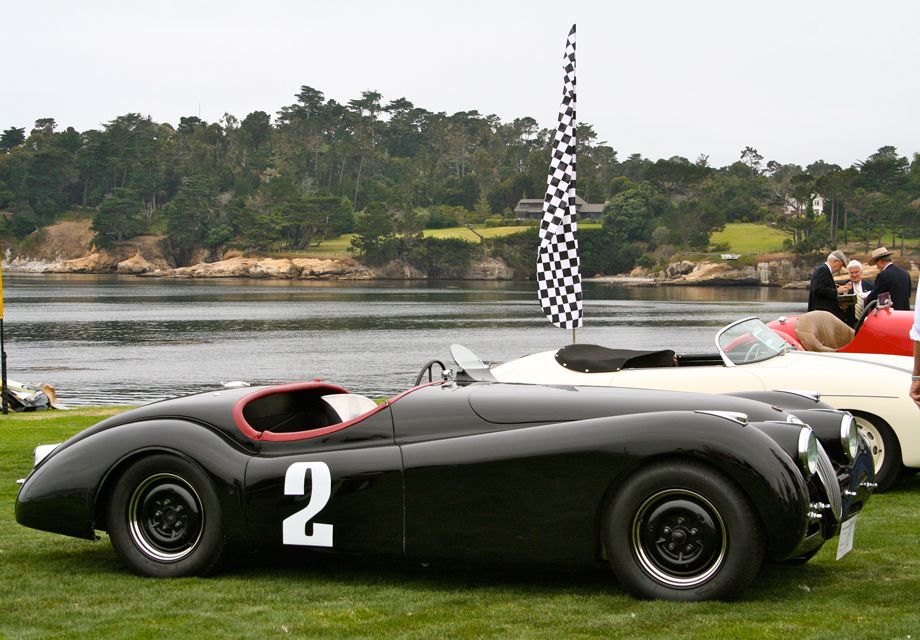 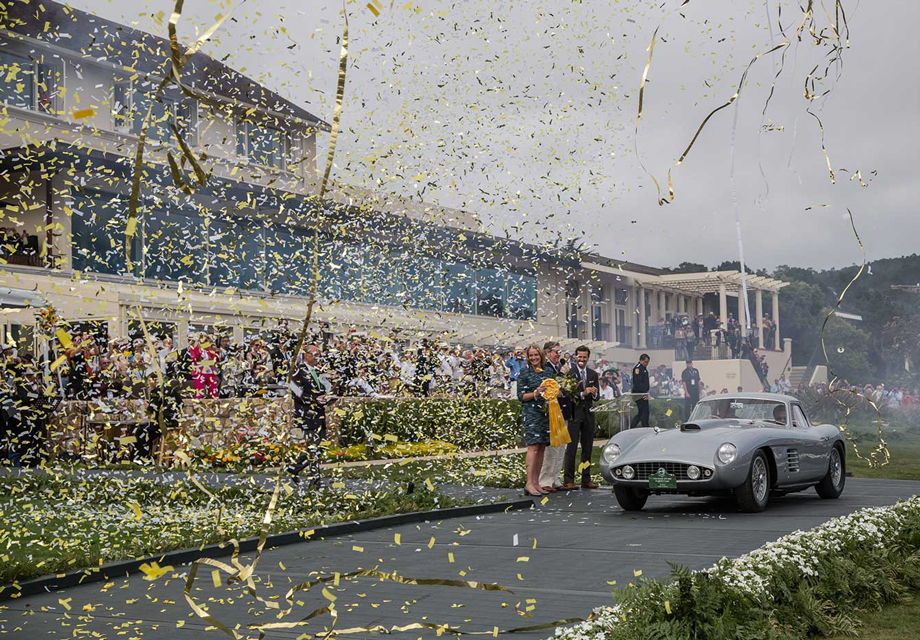 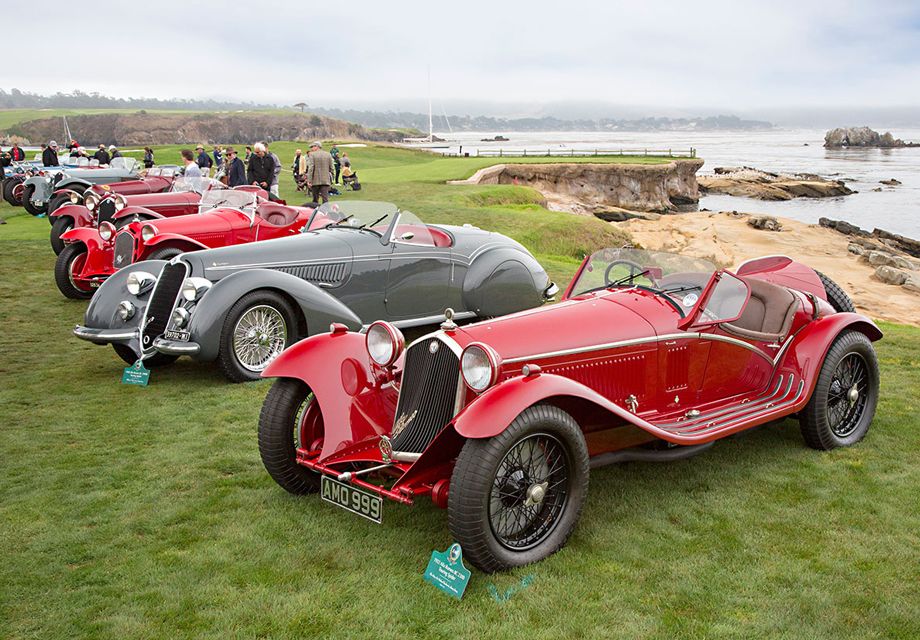 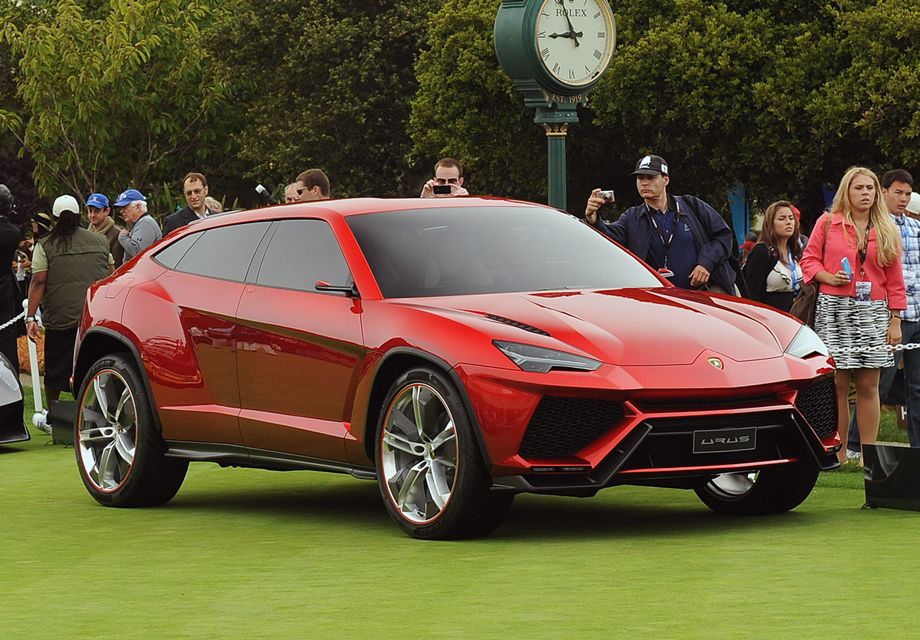 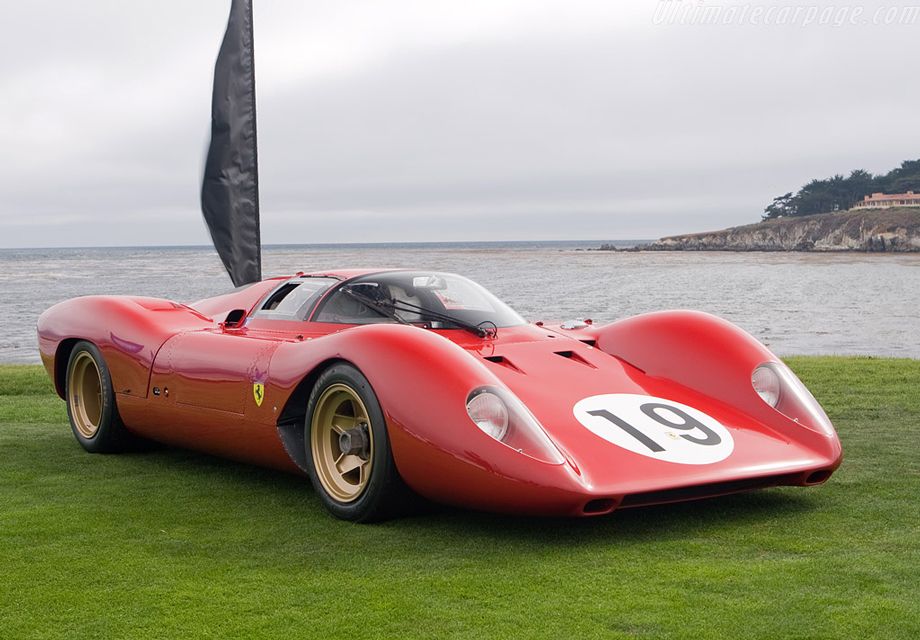 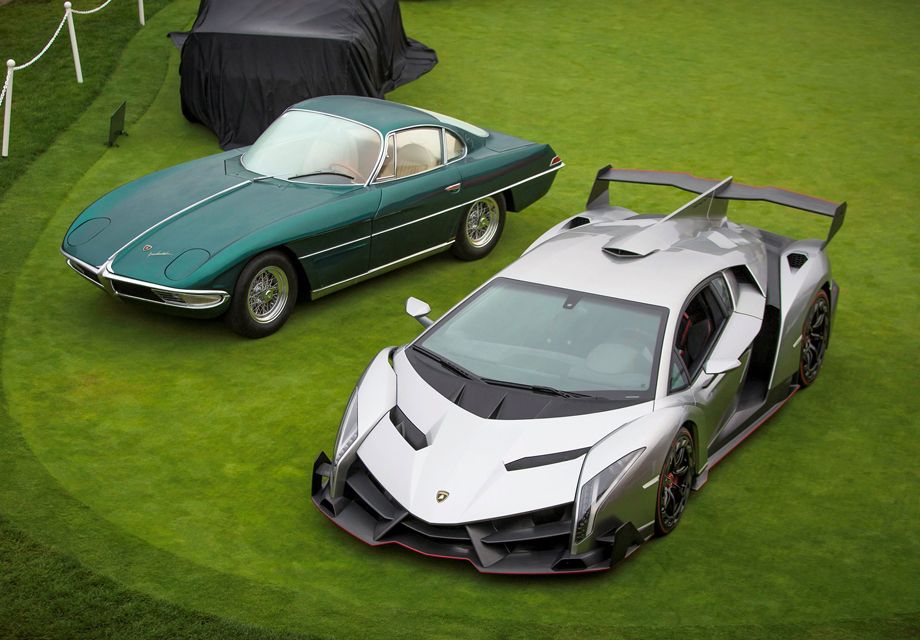