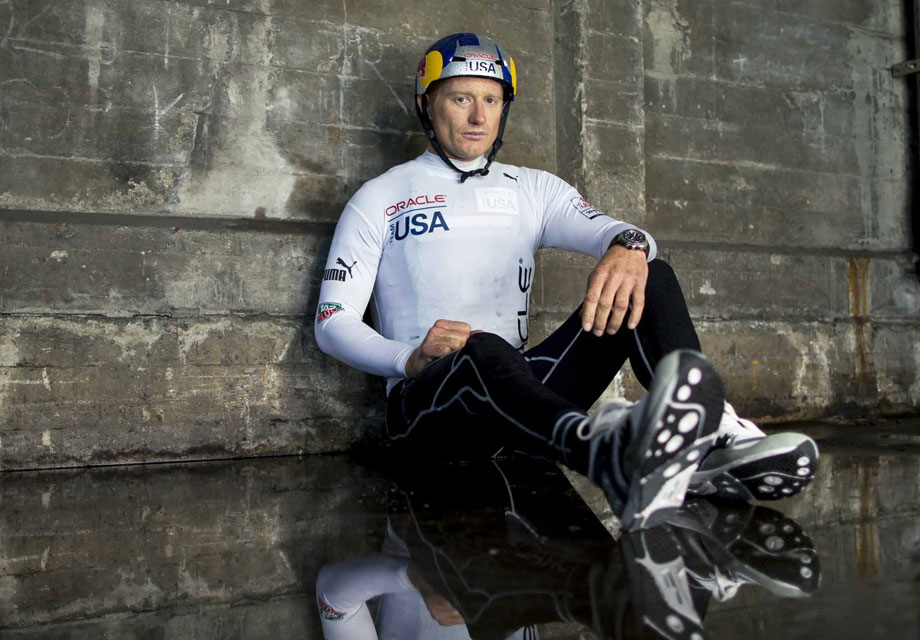 James Spithill swears by hard work. It is this unyielding trait that has seen the 36-year-old skipper become the youngest ever winner of the coveted America’s Cup. Twice. We sat down with the Sydney yachtsman to chat about risking life on the ocean, piloting $10M superyachts and what it takes to join this elite sport on steroids.

MH: What personal traits does it take to become the world’s fastest skipper?

JS: I think one of the most important things, certainly in this game, is to surround yourself by the best people.

People who are better than you because that forces you to work hard and kick it up to their level. I don’t think that you need a particular skill set to be top of your game, I’d choose hard work over talent.

I believe someone who has an incredible work ethic but not much talent will beat anyone with more talent. But it’s a bit of a balance for sure, of course there’s got to be some attraction to what you do.

MH: How did you get into sailing?

JS: I started sailing at a really young age. Where I grew up [in Ku-ring-gai National Park] the only way to get home from school was by boat, so I spent time on the water and did a bit of wind surfing as well.

“On a typical day with testings the guys will burn up to 67,000 calories each.”

MH: And what does an average work day look like for you now?

JS: It’s a pretty full on day for me. As a team, we’re at the gym by 7.a.m so I’m up at 6.a.m. We have an hour’s gym session, then breakfast is about 9a.m, then it’s into the office for meetings about the day’s testing session, going through planning and budgets.

MH: That sounds rather corporate.

JS: The fact is that the athletes are going to be held accountable whether they win or lose, so they might as well be able to set their own destiny.

MH: Do you guys hit the gym as hard as you hit the books?

JS: We all hit the gym as a team but we have individual training programs. On a typical day with testings the guys will burn up to 67,000 calories each. So it’s a taxing program.

From a health point of view it’s easy to get injured when you’re pushing your body that hard. Then you’ve got the weather element and you’re getting knocked around. You’re in 30 mile an hour wind [but] your’e feeling 90 mile an hour winds so it’s like being in a little hurricane all day.

JS: I don’t think people understand the risk that’s involved in the sport. When it comes to these boats, the harder you push the faster you go – like a race car. You cross that line [and] there’s going to be consequences. You deal with that every day.

It’s a pretty tough environment, it’s pretty physical. You start at 7am and don’t leave to 7pm. You do that 5-6 days a week plus all the meetings. And that’s not even race day.

MH: Doesn’t sound like a walk in the park at all.

JS: It’s what we all love doing. But I’ll tell you what, when you look at the amount of hours and blood, sweat and tears, I’d challenge any athlete out there to sniff at that. Everyone has different roles and responsibilities, but we all work together in the design and engineering of the boat.

And the sailors, because they’re the end user, they have to be involved in every single thing. It’s not like “here’s your boat, go and race” – that doesn’t win. The relationship with the design engineering and build of the boat is critical.

MH: Tell us about the technology and money that goes into a race-winning vessel.

JS: Typically the cost is a tough one. When you say cost, a big part of that is the people and salaries. Boat design nowadays is just three guys and a computer so you need some real serious and sophisticated computation. We’re talking Formula One style engineering.

JS: We used to test on wind tunnels but now the computation is so sophisticated that we don’t need to. We’ve had a lot of collaboration and discussion with the guys at Formula One and I’d say we’re up there, I mean, look at the hydraulic loads we use. No one else in the world uses the pressures we use.

“Sailing those boats is scary. I’m out of my comfort zone on these boats all the time and there’s serious consequences.”

MH: What price figure would you put on it?

JS: I think you can put a winning program together for $50 million. That’s a 3 year program. Formula One do $300-400 million programs in one season. So when you you think about it in those numbers and the fact that we now have network deals and people are bidding on the sport, it’s a pretty exciting time to be involved in the game.

MH: Is it still a daunting task sailing a $10M vessel through the wild seas?

JS: Everyday! Everyday my team mates and I get out of bed with a smile on our faces. When you love what you do and just can’t wait to get up in the morning, that’s what it’s all about.

MH: Do you ever get scared out there?

JS: No question about it, sailing those boats is scary. I’m out of my comfort zone on these boats all the time and there’s serious consequences.

MH: Give us an example of how bad it can get.

JS: We were training on one of our boats in San Francisco Bay. We flipped and were lucky not to kill a few guys. We got dragged out to sea, the boat was pretty much destroyed. The coast of San Francisco is pretty formidable, especially on that day.

It was just the wrong day to be dragged out. But when you’re involved in a sport that is so heavily involved with Mother Nature, you never know what can happen and you learn something every time. The field of play is always different.

“I grew up with red hair so I got bullied a lot, got into boxing and that kind of led into being more competitive.”

MH: Sounds enticing. How can a young bloke get into sailing at an elite level like yourself?

At the same time you’ve got be able to anticipate, think under pressure and more importantly, you’ve got to be able to make good decisions while you’re at sea and when you’re exhausted. If you don’t make these decisions a move or two ahead, then it’s like an avalanche that gets bigger and bigger.

MH: What does competition mean to you?

Competition is what gets me out of bed in the morning. I just love it. I’m lucky I get that push internally as well as getting it from my team mates.

I don’t think that completive spirit has always been with me, I think when I started sailing I just wanted to get off my bum. But I grew up with red hair so I got bullied a lot, got into boxing and that kind of led into being more competitive. Then I was hooked; I was playing Rugby League, Aussie Rules, anything. By the time I finished high school I was sportsman of the year!

Being involved in competition taught me the beauty of sports. It doesn’t matter what you look like, what your hair colour, or skin colour, or where you came from. All that matters is, who wants it.

MH: Is it harder to get to the top or harder to stay there?

JS: To win anything at this level is such a huge amount of work and sacrifice. To be honest, I don’t think you can get to the top, I think you just constantly work to try and get there and keep on learning. The day that you stop is the day you get beaten or shouldn’t be involved anymore.

MH: What was your very first job?

JS: I used to work at a boatyard and drive a mini tug boat, taking people out on their boats. I was working there at a young age so it was definitely illegal, but I’d been around boats my whole life so I could do it with my eyes closed.

MH: What’s on the cards for the future?

I only want to be involved as long as I can be competitive and give the team a chance to win. But I just  love being involved in these big teams, it takes you out of your comfort zone. When it gets difficult and when so much is at stake, that’s what makes it incredibly rewarding. When it all comes together at the end, it’s very, very addictive.

MH: So no retirement just yet?

JS: I’m pretty focused on the next campaign and we’ll just play it as it comes.

MH: What did you spend your first big paycheck on?

JS: I bought my mum a car, a Subaru Forester. She’d never had a new car in her whole life.

MH: Legend. Finally, if you weren’t sailing, you’d be…

I think I would have like to have tried out for the SAS. I’ve met a few friends, NavySeals, through training, and I was fascinated by the similar mentality of doing anything for your team mates. I have massive amounts of respect for those guys because they put themselves second behind everyone else, including their country, first. 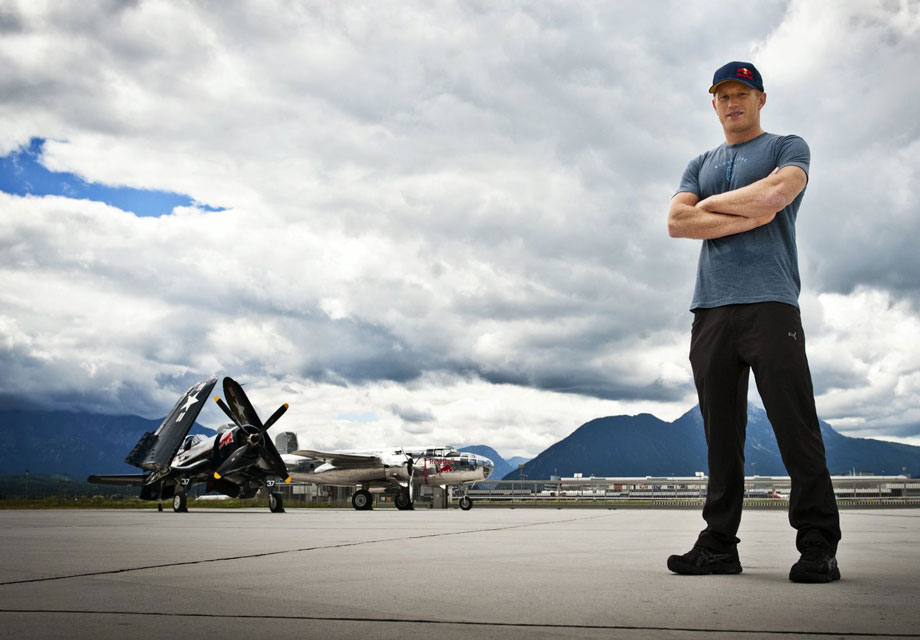 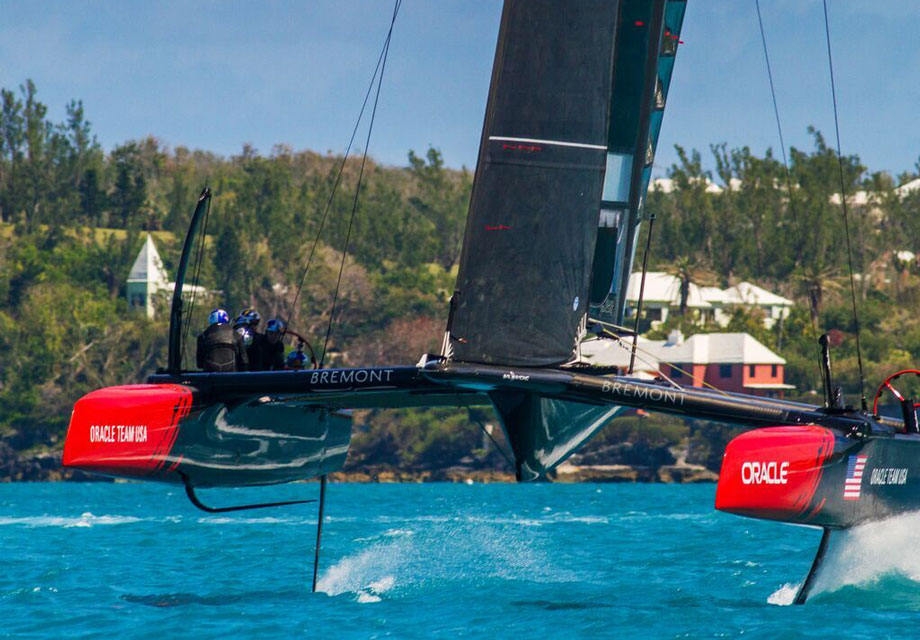 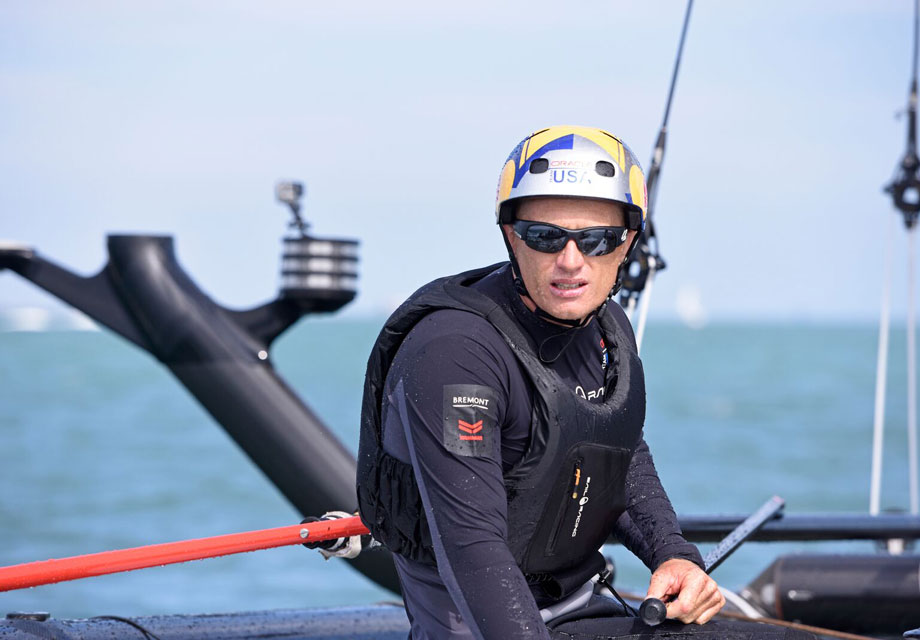 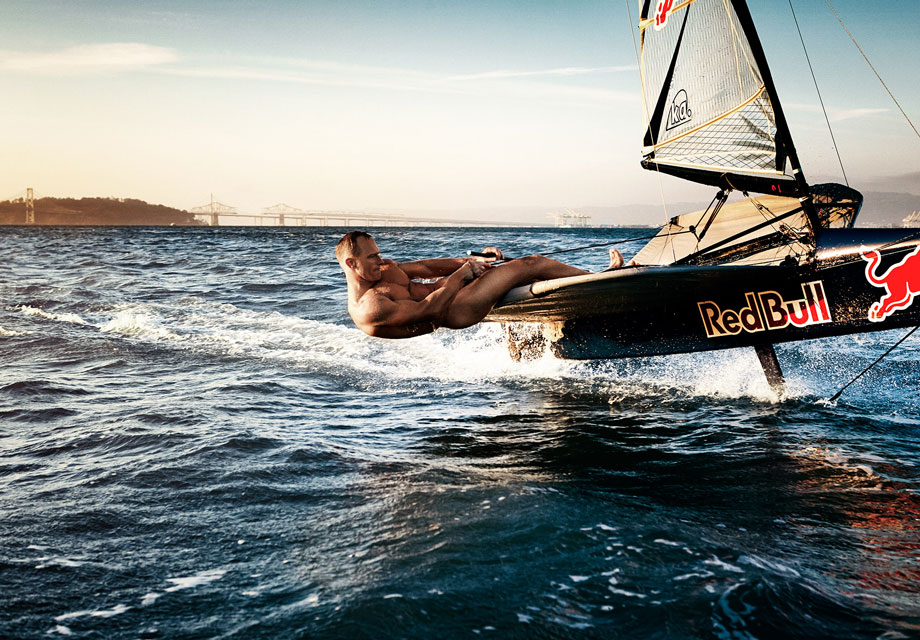 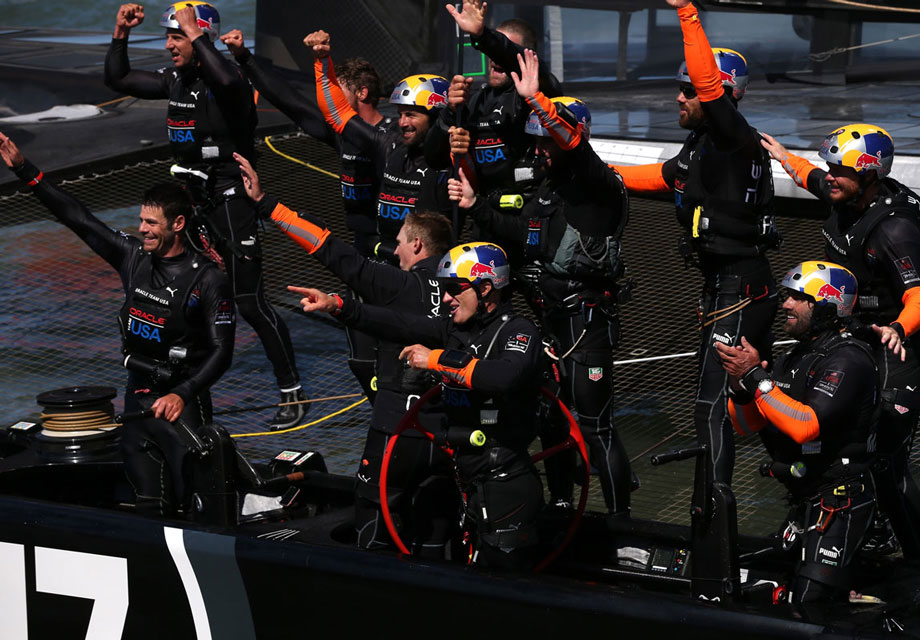