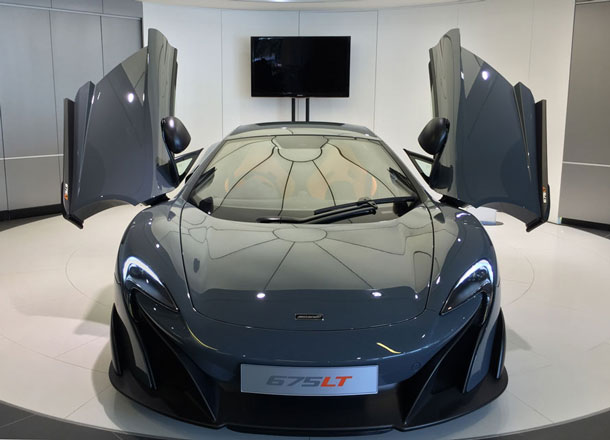 McLaren have today unleashed their most powerful and track-focused supercar to date on the streets of Sydney. The resurrected 675LT flows on from the coveted race pedigree of the original 1997 McLaren F1 GTR ‘Longtail’ and merges it with the cutting-edge technology of today’s hypercars.

The bad news first – all 500 production models from the McLaren Super Series range have already been spoken for, with the 14 examples allocated to Australia already sold to a few lucky.

So what does a AU$657,000 piece of kit get you? Carbon fibre. Lots of carbon fibre. And more power with F1 aerodynamic trickery. Sitting just below the brand’s insanely exclusive P1 hypercar, the 675LT is more for the driving enthusiast who’d like to enjoy the car for what it’s made for as opposed to having it sitting pretty in a collection.

McLaren know this and have duly delivered a spec sheet the devil would be proud of. 675PS (666hp) is derived from the car’s 3.8-litre twin-turbo V8 alongside 700Nm of tyre-smoking torque. If you really need to know, the car also hits 0-100km/h in a blistering 2.9 seconds, aided mostly by its 1,230kg dry weight. Such is the desire for McLaren to save weight that they’ve even re-engineered the wheels on the 675LT – it is now 800 grams lighter than those of the P1.

But that’s not where the beauty and innovation of this car comes to life. David McIntyre who is the Regional Director of McLaren said that the 675LT retains much of the strong underpinnings of the 650S whilst substituting a third of its parts with race-inspired gear to really get it moving.

“The 675LT results in significant power and sheer excitement for the driver, on both road and track.”

Stopping power is also superbly handled with a 50% larger air brake seen on the 675LT when compared to the 650S. This active aero feature is applied when the driver steps on the brake pedal before a corner to ensure the car wipes off speed as quickly as possible; a much needed requisite for a machine that can reach 330km/h.

Ian Davies who heads the McLaren Sydney team also ensured us that all of the Australian owners have plans to unleash their 675LT on the track with dealer-focused track days for customers already on the books.

For now, watch the video below to see the 675LT in action. 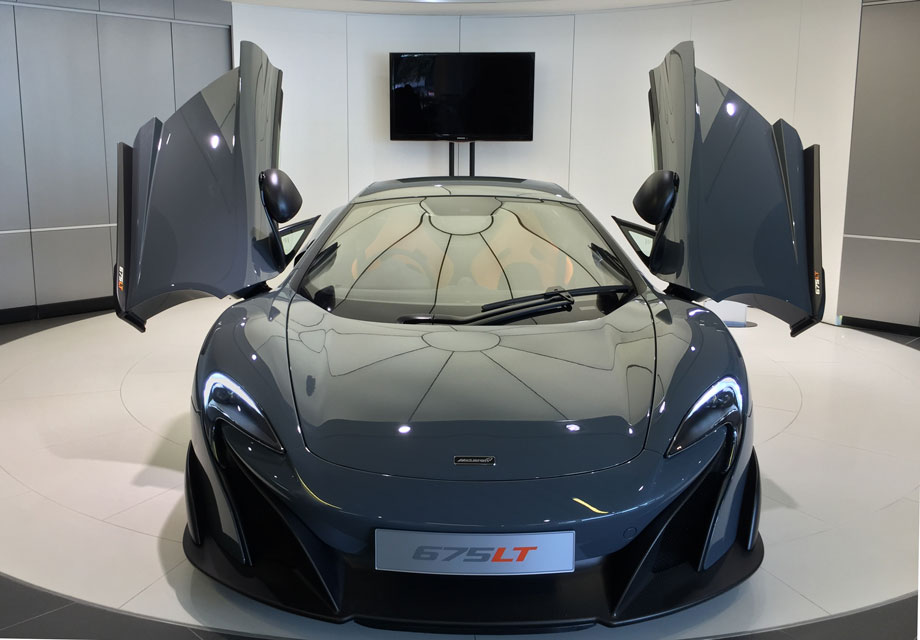 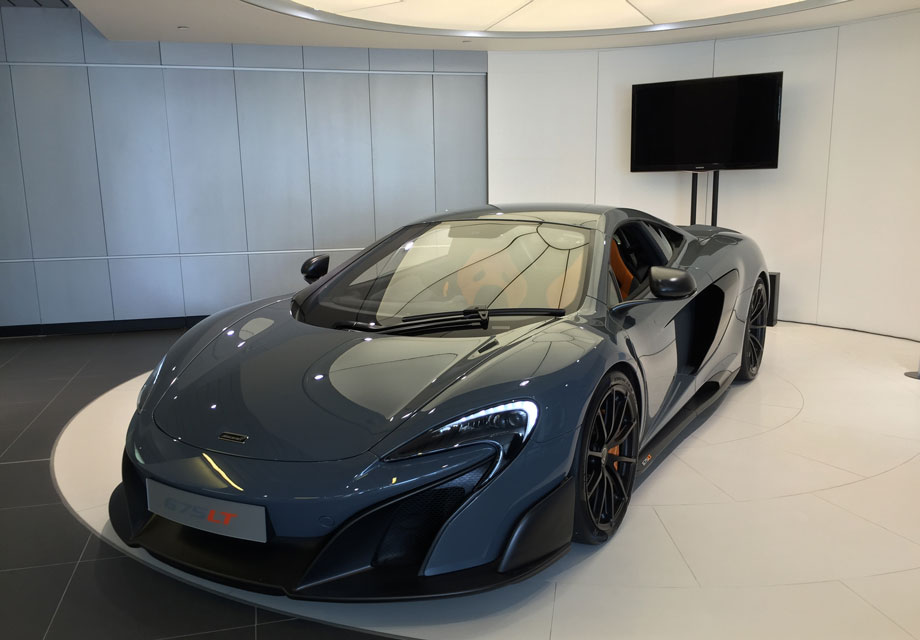 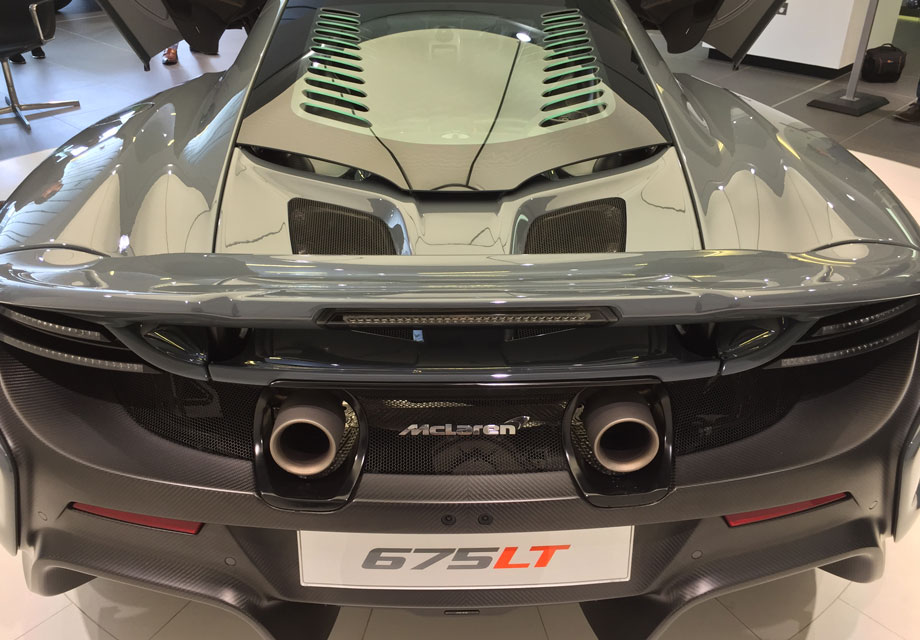 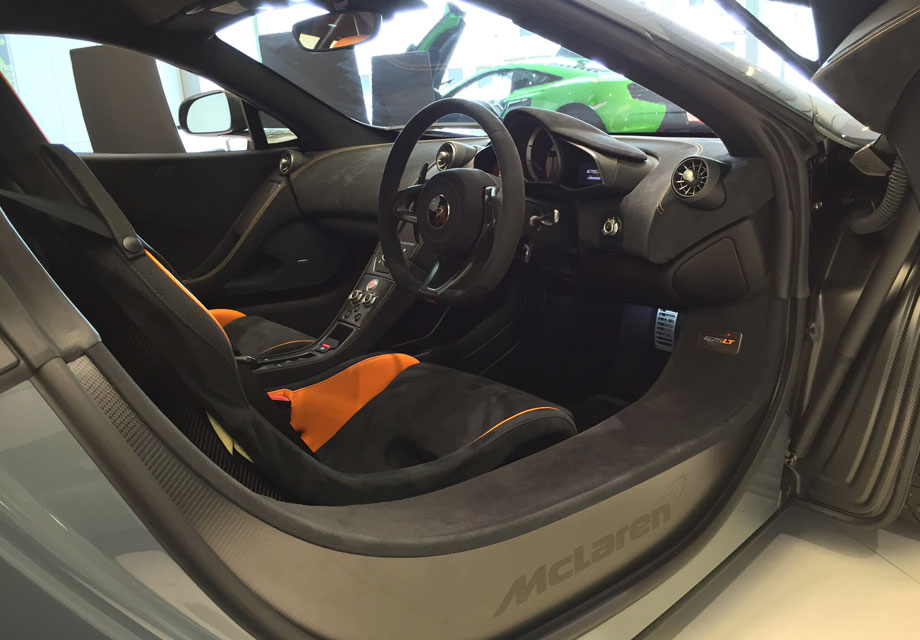