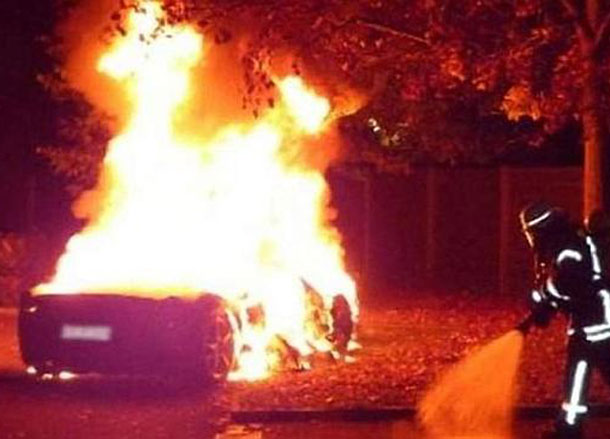 Rich kids of Instagram listen up: If you’re going to be a spoilt tool, make sure you’re an intelligent spoilt tool. Case in point being the 20-year-old son of a Swiss millionaire who thought torching his own $400,000 Ferrari 458 Italia would automatically warrant him a new one.

New York Daily News reports that the unnamed man wanted to use the insurance payout to buy Ferrari’s latest model which is much faster than his current “lemon”.

One must spare a thought for the kid though, as he was only receiving $13,000 a month in pocket money at the time – that’s barely enough to get a decent car wash for his 14 other cars in the garage including a Lamborghini. 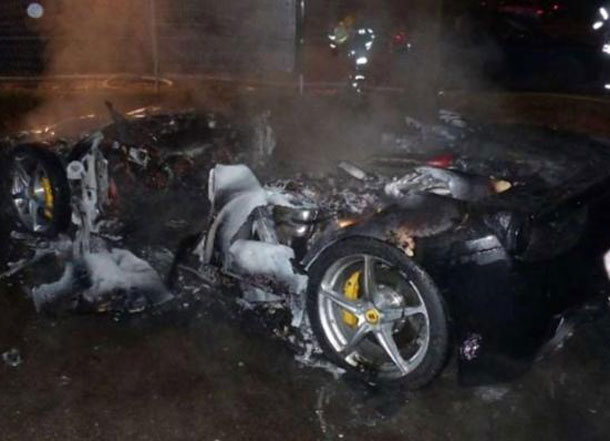 The report also claimed that the idea was in actual fact hatched by a Ferrari salesman who told the kid that his current Ferrari wouldn’t cover the cost of the newer model. So his best bet was to burn it and get the insurance company to get the new one.

We’re not sure if the salesman was joking, but the kid certainly took it literally and hired two people for almost $20,000 to drive his car to the Swiss border where it was set alight. Reports state that he went for a massage so that he’d have an alibi.

Unfortunately for our spirited arsonist, there were security cameras which captured the entire incident and tracked it back to him.

The moral of the story: Just ask Daddy nicely next time.