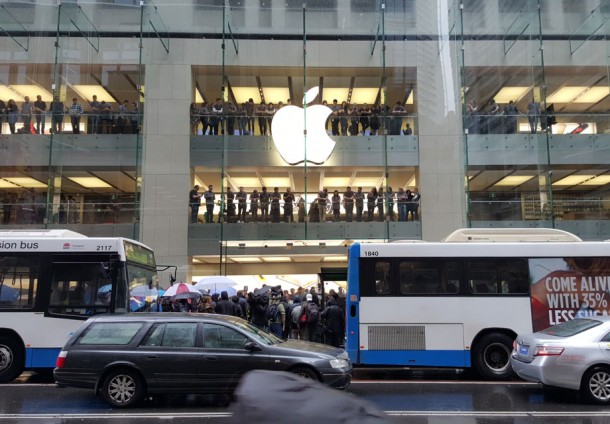 At 8am this morning, Australia’s flagship Apple store on George Street swung its doors open to a flood of cold, wet customers keen to get their hands on the new iPhone 6s.

One legend, by the name of Lindsay Handmer, camped outside the store for over a fortnight and was first in line to purchase an iPhone this morning, which he intends to auction off for charity with proceeds going to Mission Australia.

Telstra, Optus and Vodafone stores nationwide have also opened their doors this morning to iPhone 6s customers, however there is extremely limited stock. The lucky ones that pre-ordered last Saturday will start to receive their phones by courier today.