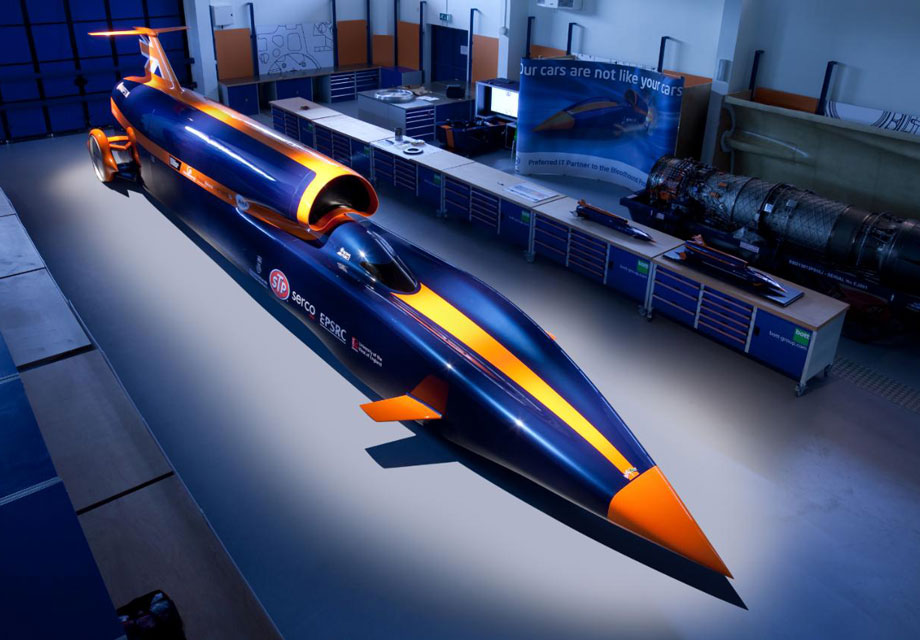 Breaking the sound barrier is no easy feat. The Bloodhound SSC landspeed racer, named ‘the world’s most powerful’ car will soon be unveiled in front of 8,000 people at Canary Wharf in London.

The 1000mph, UK-built supersonic racer is hoped to shatter the world land speed record, and in upcoming trials will cover 1.6km in just 3.6 seconds. The Bloodhound incorporates 3 power plants – a Rolls-Royce EJ200 jet from a Eurofighter Typhoon, a cluster of Nammo hybrid rockets and a Jaguar V8 engine, which combined generate 135,000 thrust horsepower. In simple terms, that’s equivalent to 180 F1 cars.

With a price tag of over of $20 million, the Bloodhound is the result of 8 years of research, design and manufacturing involving more than 350 companies and universities.