The Gamechangers, Rulebreakers & Stylemakers Behind The Collective 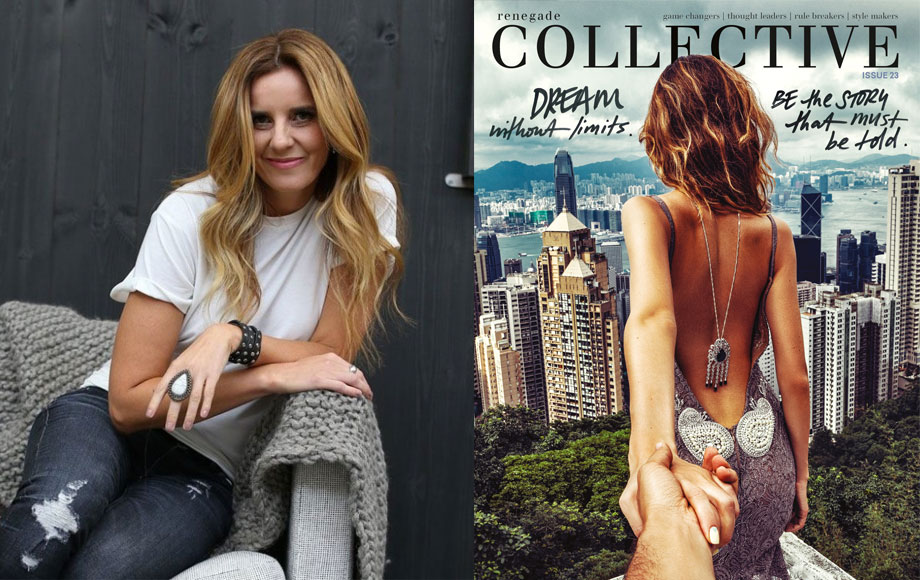 Founded only two and a half years ago it’s fair to say that The Collective has made strides in an industry, many say, is on its way out.

With (almost) 27 print issues under their belt, a thriving online presence, over 30 markets globally, a stable of incredible brand collaborations and a total community of 340,000, breaking the mould and being successful has been no easy feat for Editor & Founder Lisa Messenger, yet it’s something that The Collective prides themselves on.

The monthly 176-page magazine covers fashion, food, design, art, tech, business, travel and social change, and champions some of the world’s most interesting people, choosing not to paint the subject’s life in a perfect picture, but shine a light on who they really are.

Despite the magazine’s leaps and bounds, Lisa Messenger’s entrance into the world of print media was all but glamorous. “I started The Collective in 2013. I had no experience in magazines at all, and three staff members under the age of 25, none of whom had worked in magazines either. I was forging my way into an industry which everyone said was dead or dying”. 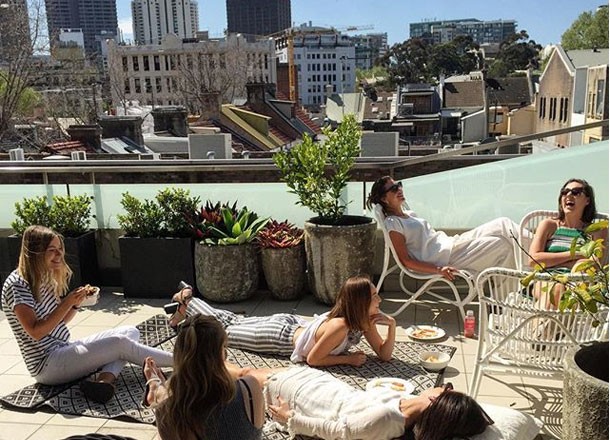 “Naivety can be a great thing”, Messenger says of her limited knowledge in starting a print publication. “I was sick of traditional media and the negativity out there, and I wanted to make something that would inspire and empower people to be the best version of themselves, so I just created my own rules as I went”

Many would feel intimidated walking into an age-old industry with a reputation for chewing up and spitting out the weakest link.

In order to survive, Messenger took on a new perspective and ignored the traditional ‘advertising = revenue’ route.

“Most people will come up with an idea, write a laborious business plan that’s 100 pages long, and spend all their time, money and resources developing it, only to realise there’s no market or interest in it. That’s a big and painful way to fail. Instead, I come up with an idea then shop it around.”

Networking amongst groups of prominent decision makers over the years, from marketing directors, HR managers and even her immediate community, Messenger would make them her sounding board. “I’ll just ping them an idea and say ‘what do you think of this?’. I wait for feedback, morph, pivot, or change it into something else, then I work out the logistics. That’s as complex initially as anything gets.”

Messenger makes it sound easy. In just 18 months, The Collective is now available in a whopping 37 countries. Between corporate events and public speaking engagements, her two books (Life & Love and Daring & Disruptive) and work online, Messenger has 18 different revenue streams. “The magazine has grown so rapidly because of partnerships – monetary and non-monetary. We tap into like minded non-competing brands and we all help lift each other”.

While many well-known Australian publications focus on what they need to do to be competitive, The Collective places emphasis on what they already have to offer. “We say ‘what are our tangible and sellable assets, what is our currency and how can we trade that currency?’”

This process has lead to a string of collaborative Collective-branded products like jewellery, make up, stationary, books and art.

Amongst their many competitors, The Collective sits pretty in the top 10. Quite amazing for someone who humbly claims “I don’t know what I’m doing most days, I make it up as I go along”. Messenger’s belief is that a lot of people over complicate business. “It’s all about human connection. I’ve never taken a Powerpoint Presentation into any meeting, and I never will. I go in and I just talk”. Even at her public speaking gigs, Messenger refuses to bring along supporting material. “It’s about having a conversation, like you would with a friend”. Turning the mirror back upon herself as a reader, Messenger asks “Where would I want to read this? What would I want to read about? Where would I buy this magazine?”.

There’s no doubt, though, that the immediate growth of The Collective has come with massive challenges, “one of which is cash flow” says Messenger.

With 23 full time staff employed in the last 2 years, The Collective now adds 80 freelance writers to their repertoire globally, not to mention consultants, distributors and of course the publications many markets around the globe. “It’s complex with lots of moving parts. I just try and surround myself with extraordinary people who are far smarter than me” she laughs.

“I hire my weaknesses”. While Messenger is amazing at vision, strategy, doing deals and the ‘big picture’, she admits “I’m absolutely shit at detail”.

And it’s not just Messenger’s incredible staff that support the business. Those who are profiled in The Collective are  ‘gamechangers, rulebreakers, thoughtleaders and stylemakers’. A prerequisite that Messenger thinks of lightly, “that’s something I came up with in 4 minutes while taking a shower before we launched”.

Complicated or not, the faces that grace the glossy pages of The Collective, from Alexa Chung to Ariana Huffington, are all shaking things up in their given field. All she asks of those featured, is that they be “open, vulnerable and authentic”. It’s this authenticity that makes The Collective so appealing to not just women and men, but people from all walks of life. 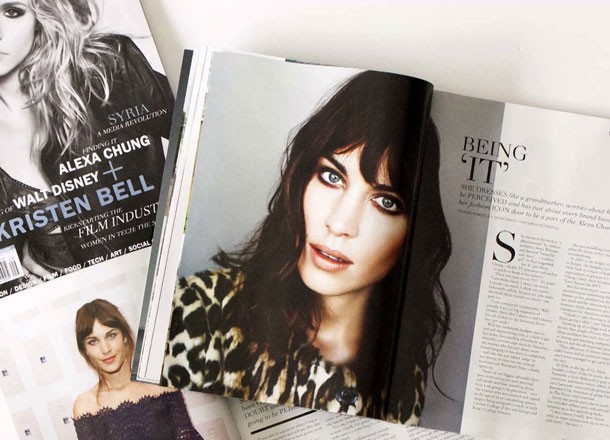 “Why you do what you do, why you jump out of bed every day. How you’re doing your bit to change the world and make a difference.”

In the 26, soon to be 27 issues already published, The Collective have covered somewhere between 50 and 93 of these stories, and 4 to 8 online each day. “That’s 5,000 pieces of content” Messenger exclaims. No wonder it’s difficult for her to pick a ‘favourite’, although she does cheekily express affection for D’Marge Founder & Editor Luc Wiesman, who was featured on the cover of Issue 25.

Then there’s the digital vs. print debate, one that Messenger feels strongly about. “I will never stop doing a print magazine, it’s the cornerstone of our business, but online is 100% where the revenue and big audience will be”.

As far as advice goes, Messenger doesn’t sugarcoat either.

“I don’t want to burst the bubble”, she laughs “…it’s actually good to be naive about just how hard it is, but here’s hundreds of hurdles every single day. If you want to have a big business and really make a difference in the world it’s far from easy, but it’s the most fun you’ll ever have. You have to be prepared to put the hustle in and the hard work. It’ll pay off big time, and it might not be monetary but if you’re passionate about it, the payoff comes in so many other ways.

“It’s about finding your voice, and what you’re passionate about. From there the synchronicity and the serendipity will always flow.”