The riding world is in mourning after news that a Victorian rider’s plight to overturn an infringement for attaching a GoPro to his motorcycle helmet was quelled in court. 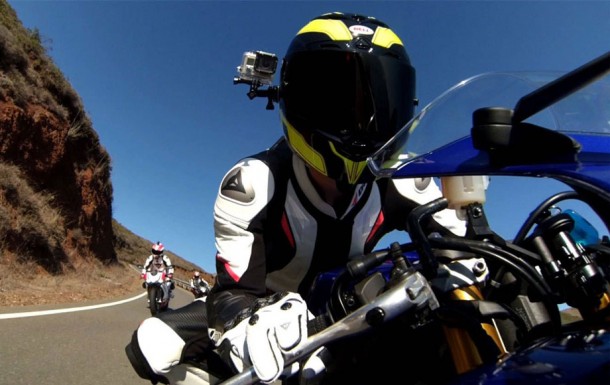 The 3-demerit point deduction and $289 fine issued to rider Max Lichtenbaum wasn’t so much the issue, but rather the fact that the decision effectively bans all motorcyclists in Victoria from attaching cameras to their helmets. NSW has also been following suit with similar laws currently being enforced by the authorities.

This spells bad news for many motorcyclists who regularly opt to document their two-wheeled adventures in the most exhilarating way possible. If caught, riders will be faced with a fine citing an “unauthorised alteration” to an Australian Standards-approved helmet.

More specifically, any object that protrudes more than 5mm from the surface of the helmet is deemed as an illegal attachment and doesn’t meet local helmet standards. The issue is still a bit sketchy however as the law isn’t standardised across the states outside of NSW and Victoria. Queensland and Western Australia police have been known to wear cameras themselves to capture motorists on phones or any other illegal activity in the vicinity.

With broadcast technology currently booming amongst adrenaline junkies and safety advocates alike (used for insurance purposes), it’s only a matter of time before the laws will need to be changed to account for these camera mounted helmets.

In the mean time if you’re a keen motorcyclist with a penchant for capturing your machine in its natural element, it’d best be a good idea to keep recording devices strapped safely behind the bike’s visor.

[via The Motor Report]