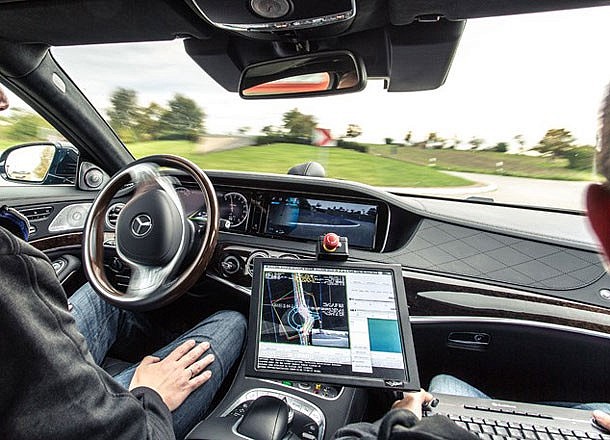 Catering to those who are less attracted to vehicle ownership but still determined to arrive in a slick ride, Mercedes-Benz is considering setting up large fleets of autonomous cars, similar to Uber’s luxury UberBLACK service, sans the suit-wearing driver.

Mercedes-Benz corporation Daimler already fronts car2go, it’s own car-sharing service which allows subscribers to locate and rent a nearby vehicle from a fleet of Daimler-owned vehicles using a smartphone, but they aren’t alone. Rival BMW operates the DriveNow car-sharing service and Uber is expected to expand into 100 Chinese cities over the next year.

Driverless cars as an alternative to car-sharing represent a whole new world of opportunity with a market of roughly $42 billion in 10 years time.

Mercedes has already developed a prototype autonomous car, and a limousine which drove between Mannheim and Pforzheim without driver input in 2013, however self-driving cars are not expected to hit showrooms until 2025, as liability is still a question of debate.