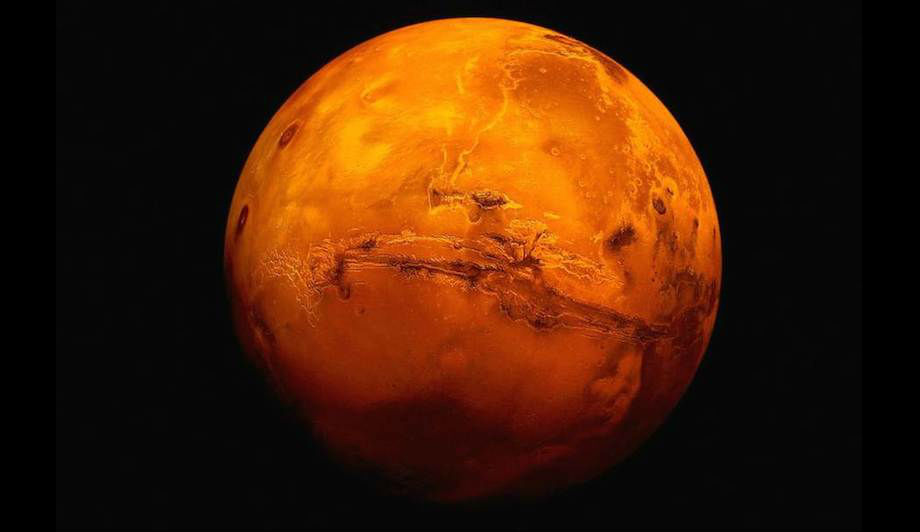 When NASA teased that a major Mars mystery had been solved, we all hoped for the same thing: aliens. Or at least Matt Damon trapped on the planet following an interstellar accident.

We’re getting neither (except in cinemas). Instead NASA scientists have found their first evidence of what were once “extensive water resources” on the Red Planet. Satellite images have revealed traces of liquid water running down canyons and crater walls during the summer months on Mars. The trickles leave long, dark streaks on the Martian terrain before drying up in autumn as temperatures drop.

Scientists say the water is salty, which prevents it from quickly freezing or evaporating, but they are not yet sure where it comes from. The water could rise up from underground ice or salty aquifers, or condense out of the thin Martian atmosphere.

The finding may not be as glamorous as discovering E.T. munching on Reese’s Pieces, but it has important implications for potential life on Mars (cue the David Bowie), as well as for future human expeditions. 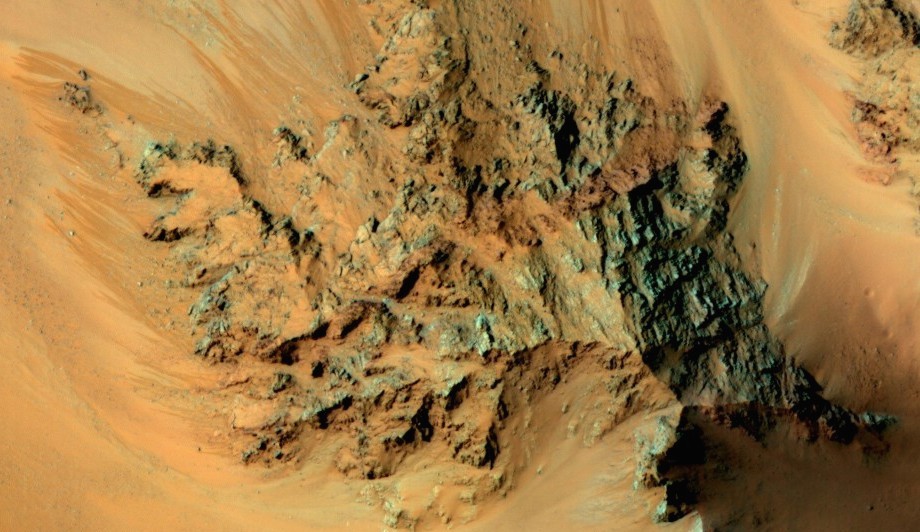 2 of 4
The central mountains of Hale Crater on Mars, one for four locations on the planet where scientists confirmed the existence of flowing saltwater rivers. Photo by NASA/JPL-Caltech/University of Arizona 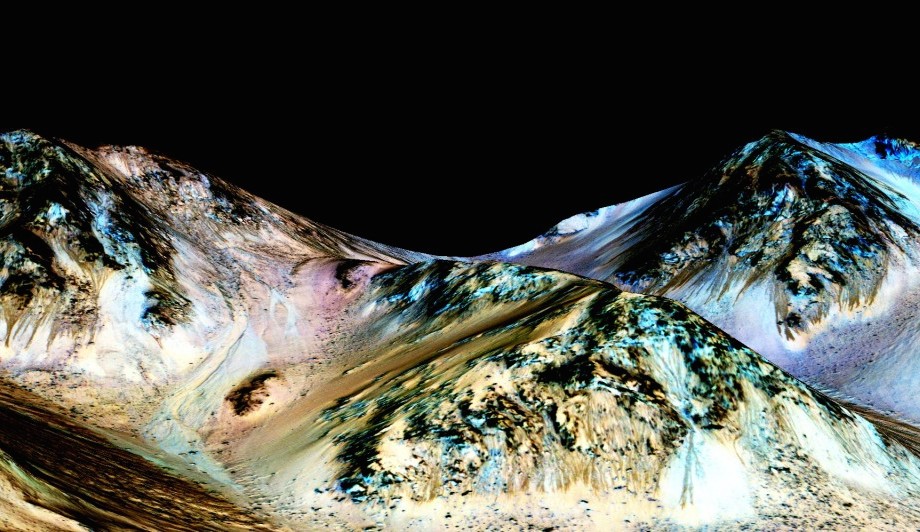 3 of 4
These dark streaks moving downhill on Mars are believed to have been formed by contemporary flowing water. Photo by NASA/JPL/University of Arizona 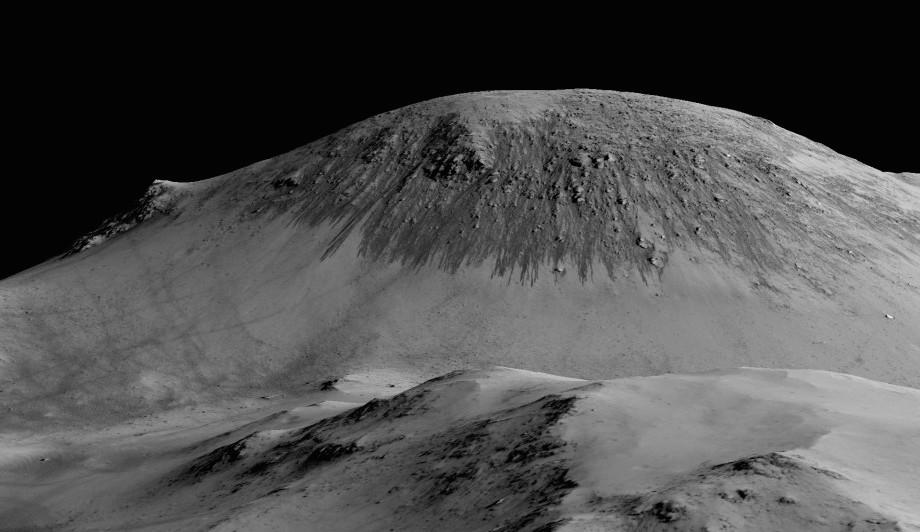 4 of 4
Scientists detected hydrated salts on these slopes at Horowitz crater, corroborating their original hypothesis that the streaks are formed by liquid water. Photo by NASA/JPL/University of Arizona