The story of the quaintly spoken man behind Zimma Tailors is best defined by the old adage of ‘no guts, no glory’. Self-taught in the art of bespoke tailoring, Roger Shamoun is building his luxury emporium for men the only way he knows best – with enduring passion and zero planning.

Shamoun is a Sydney-based tailor who has never stepped foot inside a fashion school and yet, he has been tinkering away with the art of suit making in his laneway store since 2011.

Over time he has honed this craft to become one of the country’s finest talents in men’s fashion – even if he refuses to acknowledge it during our conversation. This it seems has a lot to do with his upbringing which involved working for his father in production and manufacturing of garments in the 80s. A job which taught him about materials from a very young age.

“I was trying to achieve an objective but I didn’t even know what I wanted to achieve. I just wanted it to look good”

But it doesn’t just take a solid work ethic to make a good suit these days. Zimma Tailors has seen a substantial growth in popularity over the years with its signature traditional bespoke touch attracting the likes of Chris Hemsworth alongside an amassing Instagram following of 20,000 strong.

How did he get to this point in the business? Shamoun says he doesn’t really know himself. He never once expected to be doing this job let alone thought about it. A lot of it, he reveals, is attributed to the fact that there was always so much distraction in his life that he could never really see what he truly loved. “I was always trying to do things; being creative and doing my own thing. Whatever fell on my lap I pushed. It came from what I used to do for fun,” he says.

These fun activities included ripping things apart to see how they worked. He’d constantly keep his hands busy from building model cars that his Dad used to bring back for him through his travels. It was something that he wasn’t very good at to begin with. “Back in the day you glued shit to your hand and you were done. You had to cut your skin off,” he laughs.

Funny as it was at the time, the serious lesson here was that he was building the fundamentals of fine craftsmanship. Trial and error was the way Shamoun would quickly learn about glue amongst other self-taught things that would serve him later on.  “I learnt about everything because I always asked everything. The ‘why’ always kept me learning,” he says.

Sartorially, Shamoun picked up his own sense of style from various accounts. Intrinsically, he seems to have inherited it from his father who used to make jewellery by hand on the family’s kitchen table before selling it at The Rocks Markets.

“My goal, my dream, my aspiration was to create an emporium where men could come in and buy beautiful things without compromising on quality, craft and materials”

This learning curve quickly evolved through his late teens to become his own eye for high quality clothing. For an impeccably-dressed man in a suit rocking blue sneakers today, Shamoun always believed in not buying a lot of things, but buying really good things.

Back in the day there were no siblings around him growing up and no one to guide him, so it was always hit and miss for the young tailor-in-the-making. “I had to be really accurate because they were expensive and I didn’t have heaps of money. When I bought a coat, I’d buy a nice coat. [I’d] find out what the materials were, what the lining was. So I think I grew up unconsciously getting involved in crafts.”

Tacked onto the back of his appreciation for premium quality goods and manufacturing, Shamoun was also fortunate enough to travel and see many parts of the world from the age of 19. It was through almost two decades of travelling that he was able to forge strong relationships with some of the world’s finest tanneries and fabric mills.

Shamoun’s true calling would eventually find him in luxury menswear years on and it was only then that he was ready to put it all on the line and open up Zimma Tailors. “Once I got clear, stopped what I was doing and really focused on what I really wanted to do, it found me. I didn’t find it. It came from real passion.”

Shamoun used to play around with jacket patterns, pants, ties and shirts at home. He’d never need to finish it for someone in a month and fittings simply meant getting his Dad to try on jackets. If it didn’t fit, he’d take it off and re-cut it until it did. Eventually he’d become very good at it. Correction: Damn good at it. “I was trying to achieve an objective but I didn’t even know what I wanted to achieve. I just wanted it to look good,” explains Shamoun.

It’s not all ‘dream and you’ll achieve’ though. In the brutal world of fashion retail, the stakes are high and the chances of failure are even higher. A 2015 report by IbisWorld on Australian Men’s Clothing Sales showed that traditional retailers like Zimma Tailors have had to struggle against volatile consumer sentiment, online retailers and subdued discretionary spending.

Shamoun’s own warnings to those wanting to follow in his footsteps echo this very sentiment. “Get your head checked. You’ve got to be nuts to get into it.”

When Shamoun started he said to himself that he could easily do made-to-measure as it was the best way due to the low cost. People came in, dropped a deposit, the tailor takes a cut. This process was a very easy business to set up according to Shamoun.

But his own goals couldn’t be more different.

“My goal, my dream, my aspiration was to always create an emporium where men could come in and buy beautiful things without compromising on quality, craft and materials; the whole ins and outs; the intricacies; even the things you don’t see, and walk out happy.”

Zimma Tailors was always about getting to a point where Shamoun could develop something called “affordable luxury”. This concept is not attainable by any mere mortal who can just work hard and hope to open a shop though. There also needs to be an appreciation for the craft that is nurtured from the start, a strict code which Shamoun continues to live by today. “When money gets washed into art, it changes the dynamic. It’s not art anymore. You’ve taken the life out of it. To get it [luxury] affordable is such a dynamical matrix that you have to get spot on – especially for a little guy like me.”

“I’m not an analytical CEO kind of guy. I just run by the seat of my pants and shit gets done”

Is Shamoun afraid of failure himself? Not likely. He’s purely an all-in betting man, a trait he likely inherited from his younger days as a manager in a pool hall which would turn into a casino after hours. If he plays the right hand, he’ll reap the rewards. If he doesn’t? “I lose all the money I’ve already made. I’ve made it once, and I can make it again,” he says.

A seemingly fearless Shamoun believes that if one can turn that fear mechanism off, they can get anywhere in life. In his own mind, sitting down and watching life roll on by is a lot worse than losing his entire earnings over a decent punt.

To the outsiders today it would appear that Zimma Tailors is well on its way to joining the lofty heights of luxury menswear. You could ask Shamoun what he thinks about this success but he wouldn’t have the slightest idea.

Friends often ask him what his website analytics are, how many suits he’s sold, how many clients he’s had and how much money he makes. His answer to all of these crucial questions?

“The information’s there. I just don’t look at it. I don’t know and I don’t care. I’m not an analytical CEO kind of guy. I just run by the seat of my pants and shit gets done.” 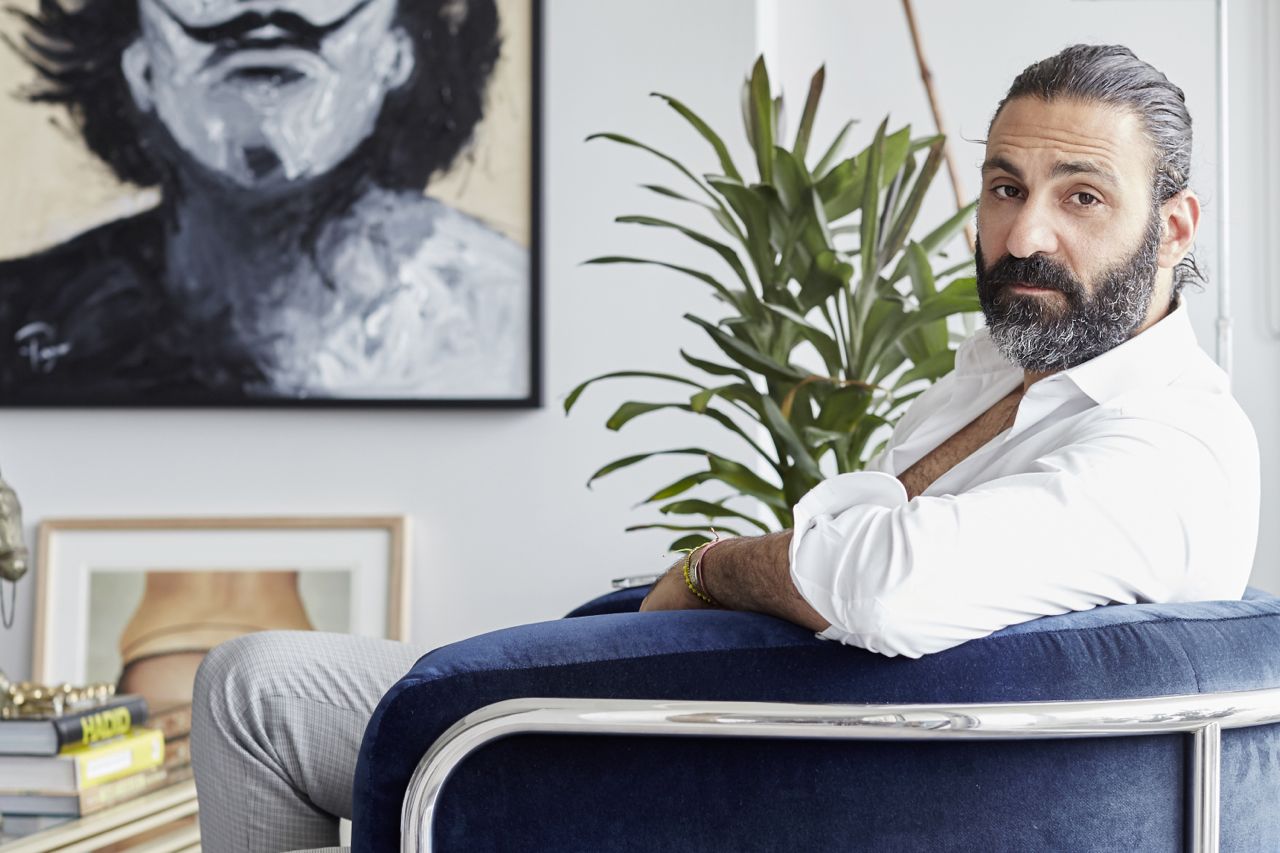 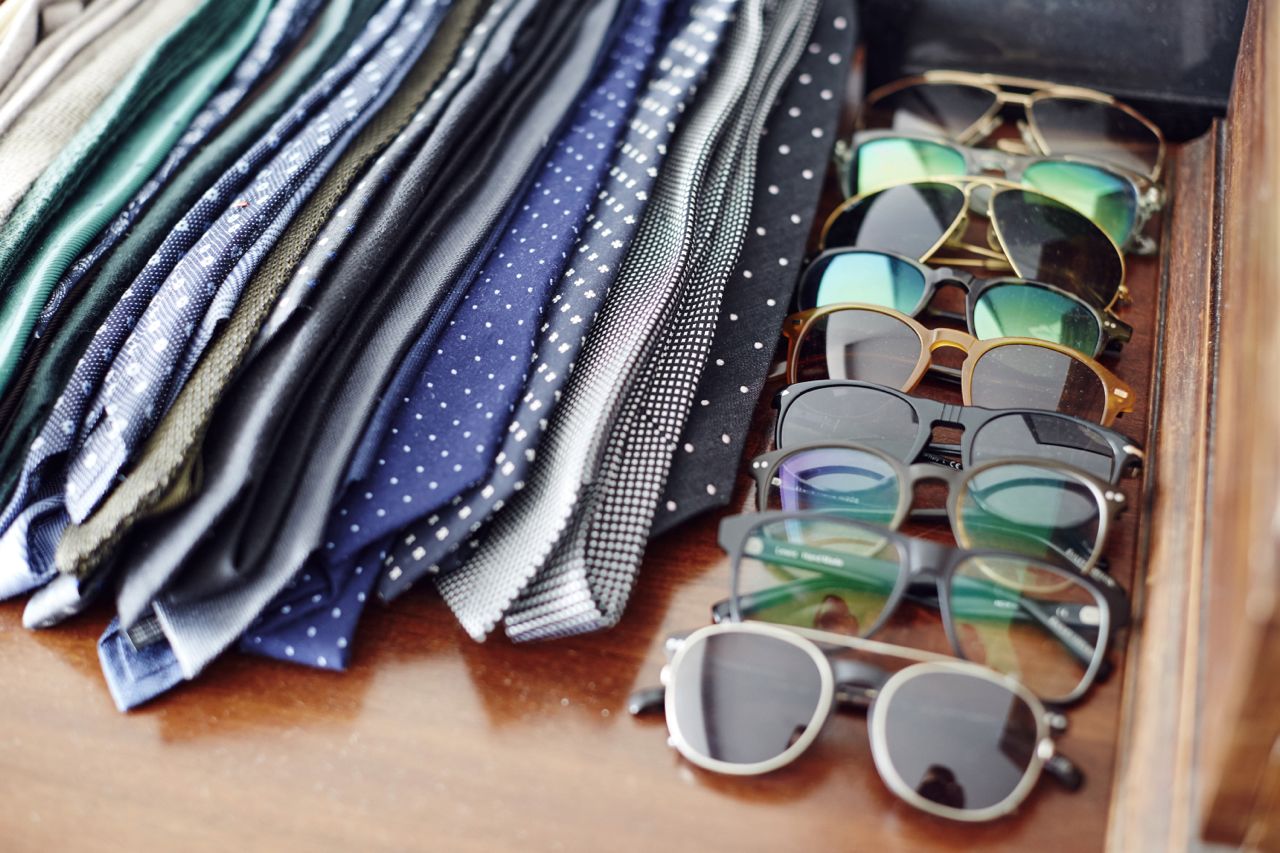 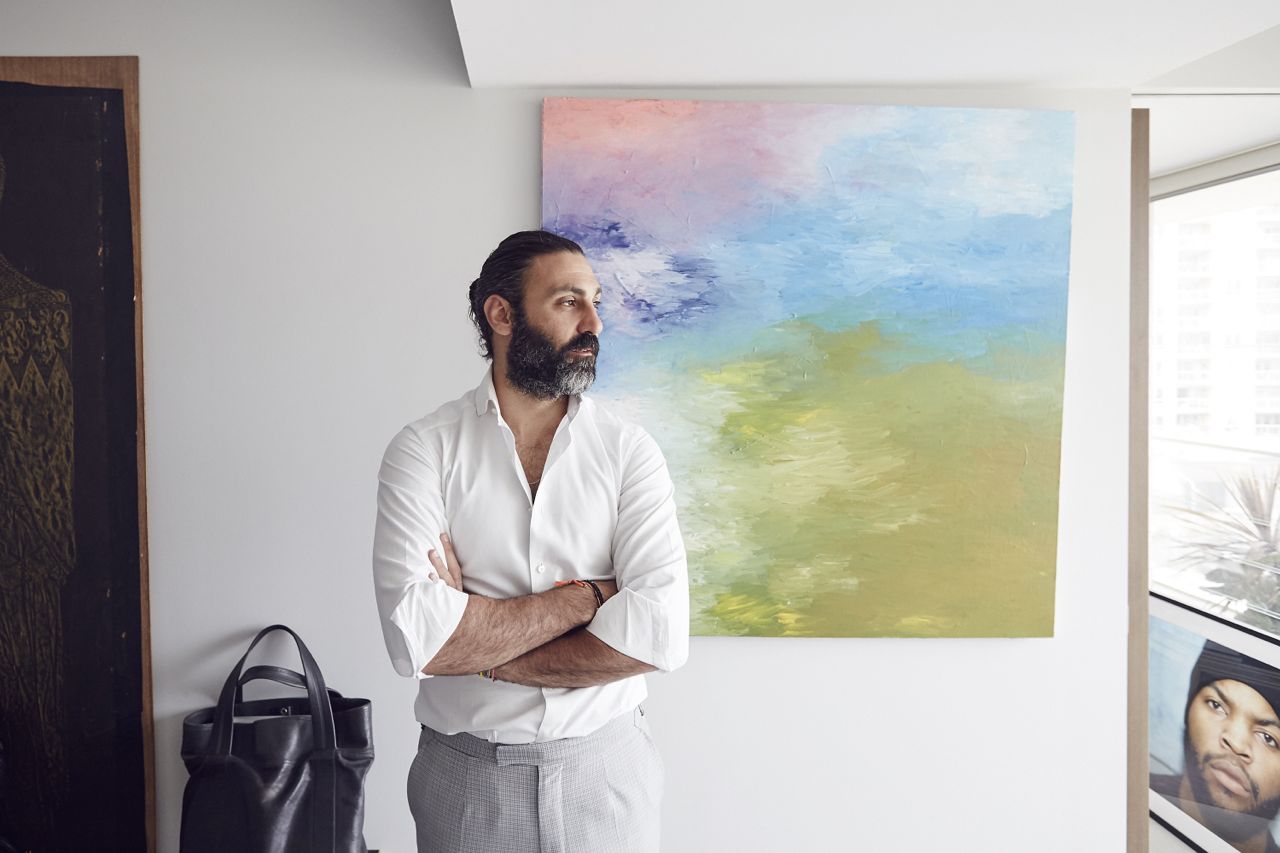 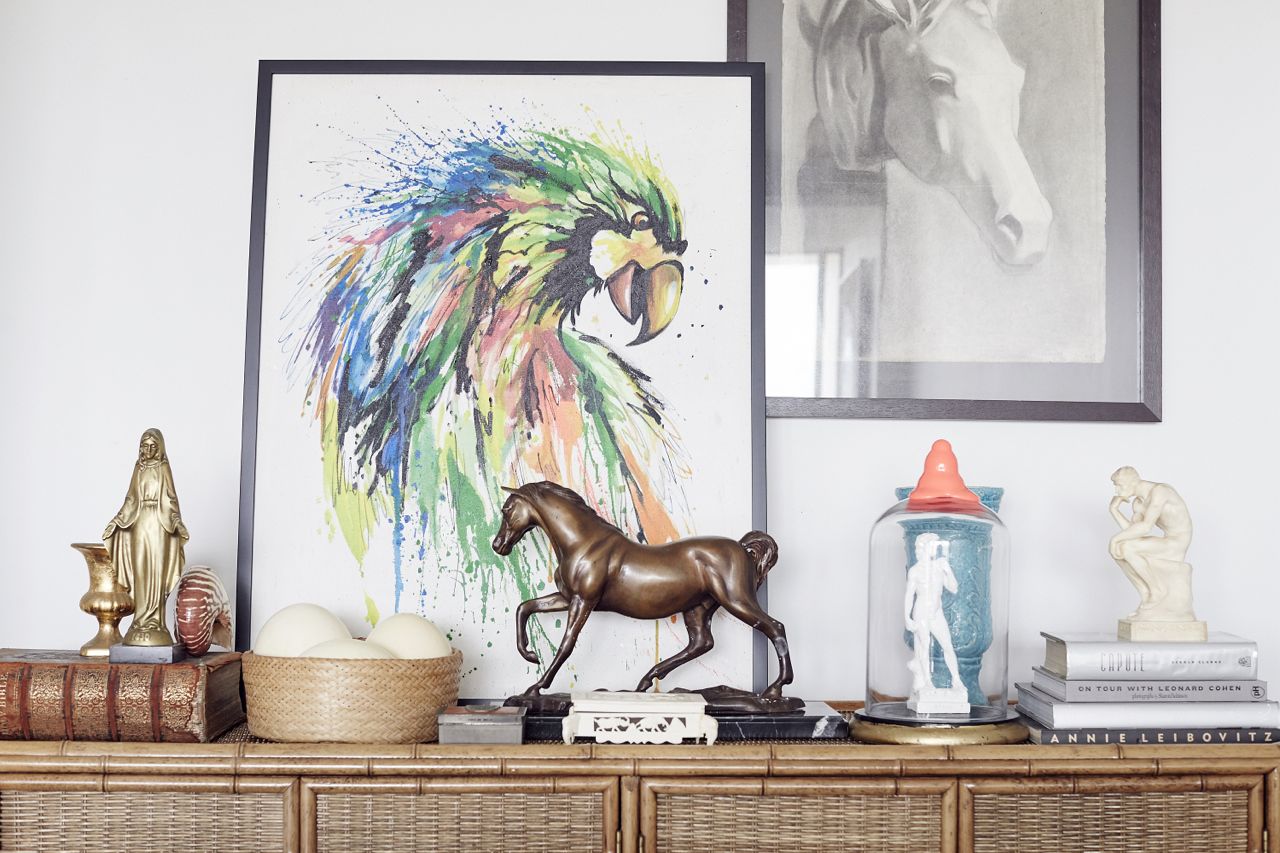 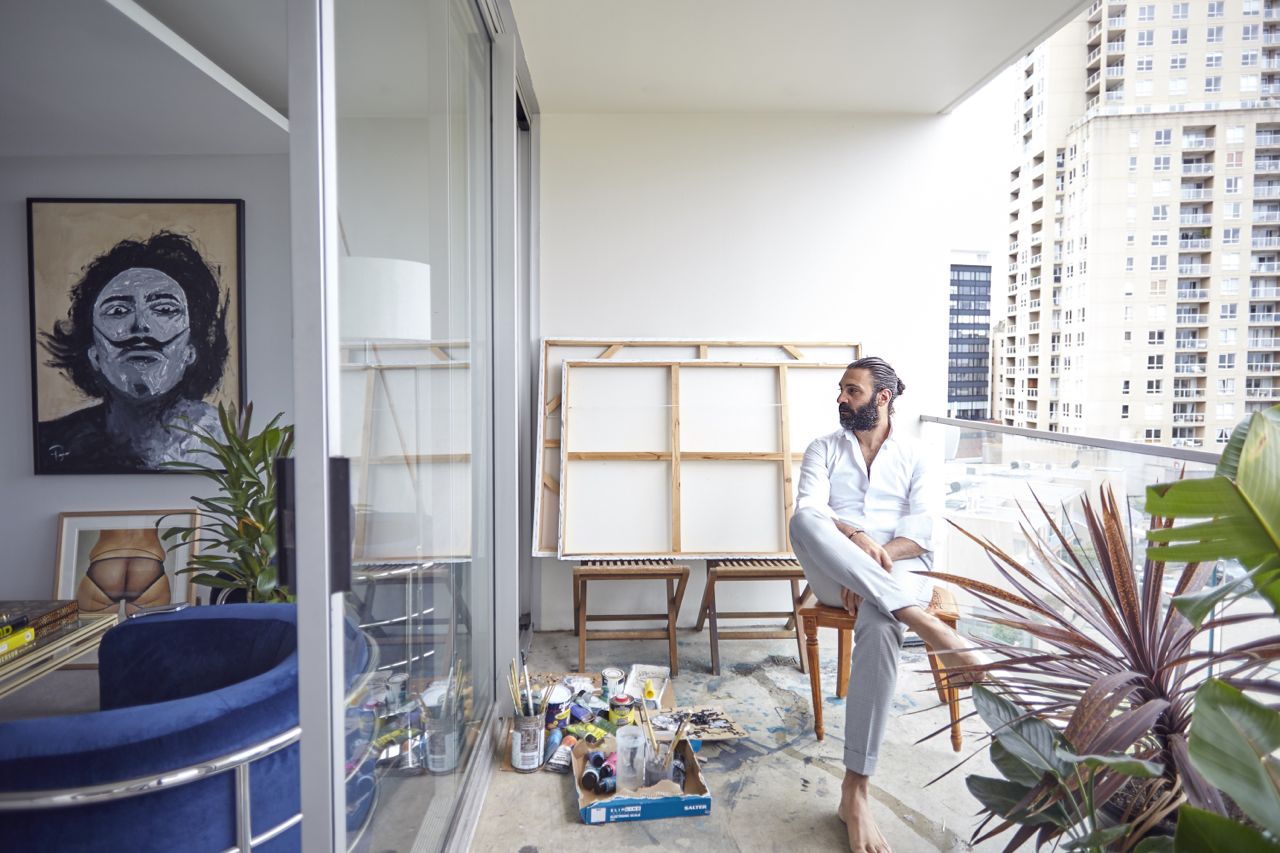 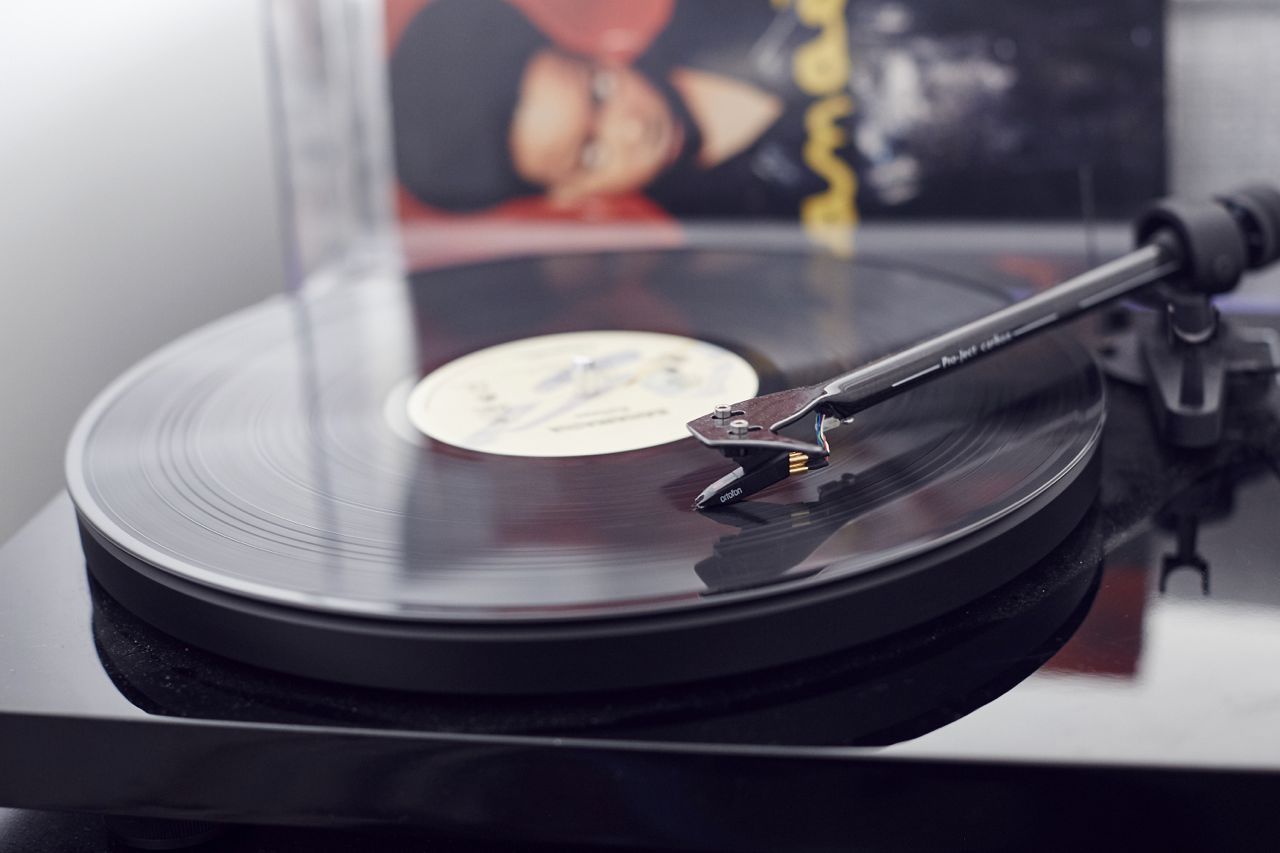 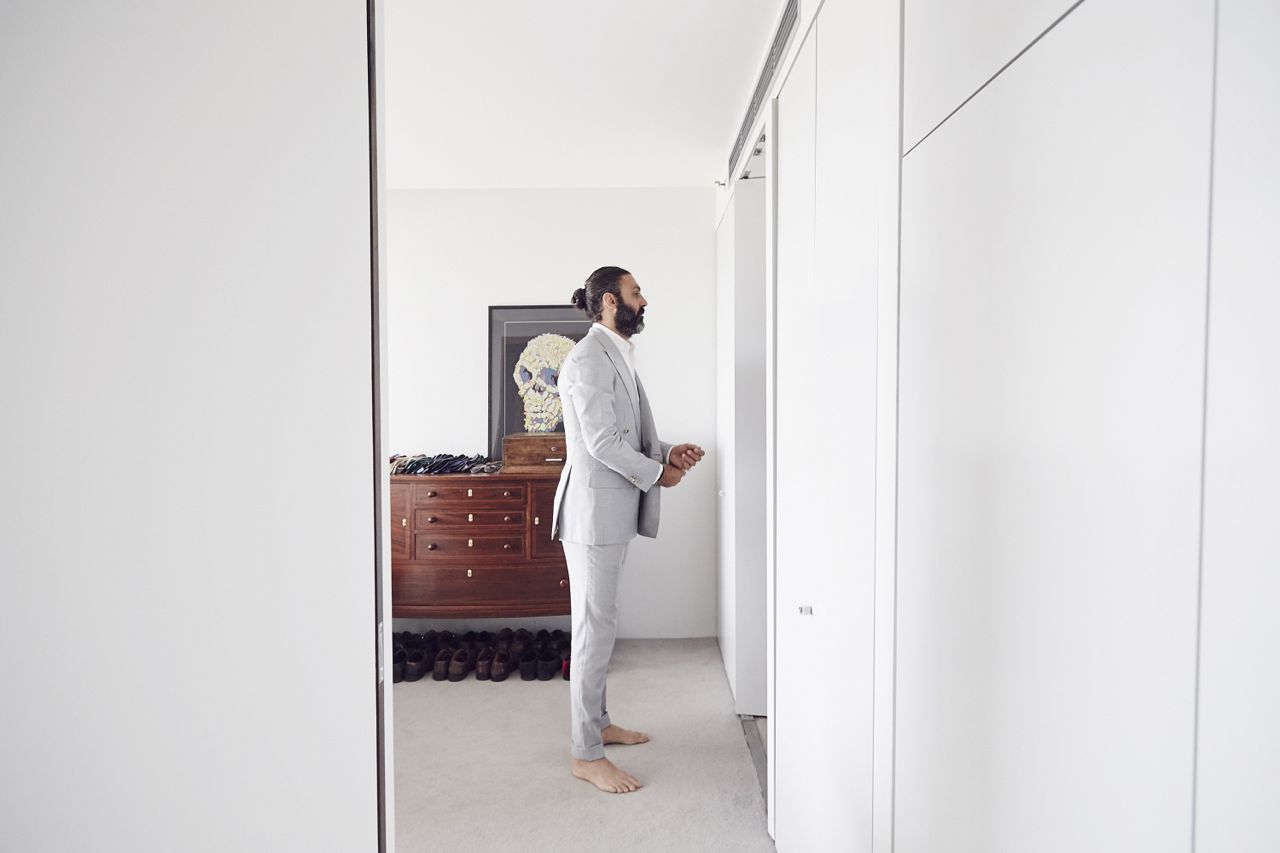 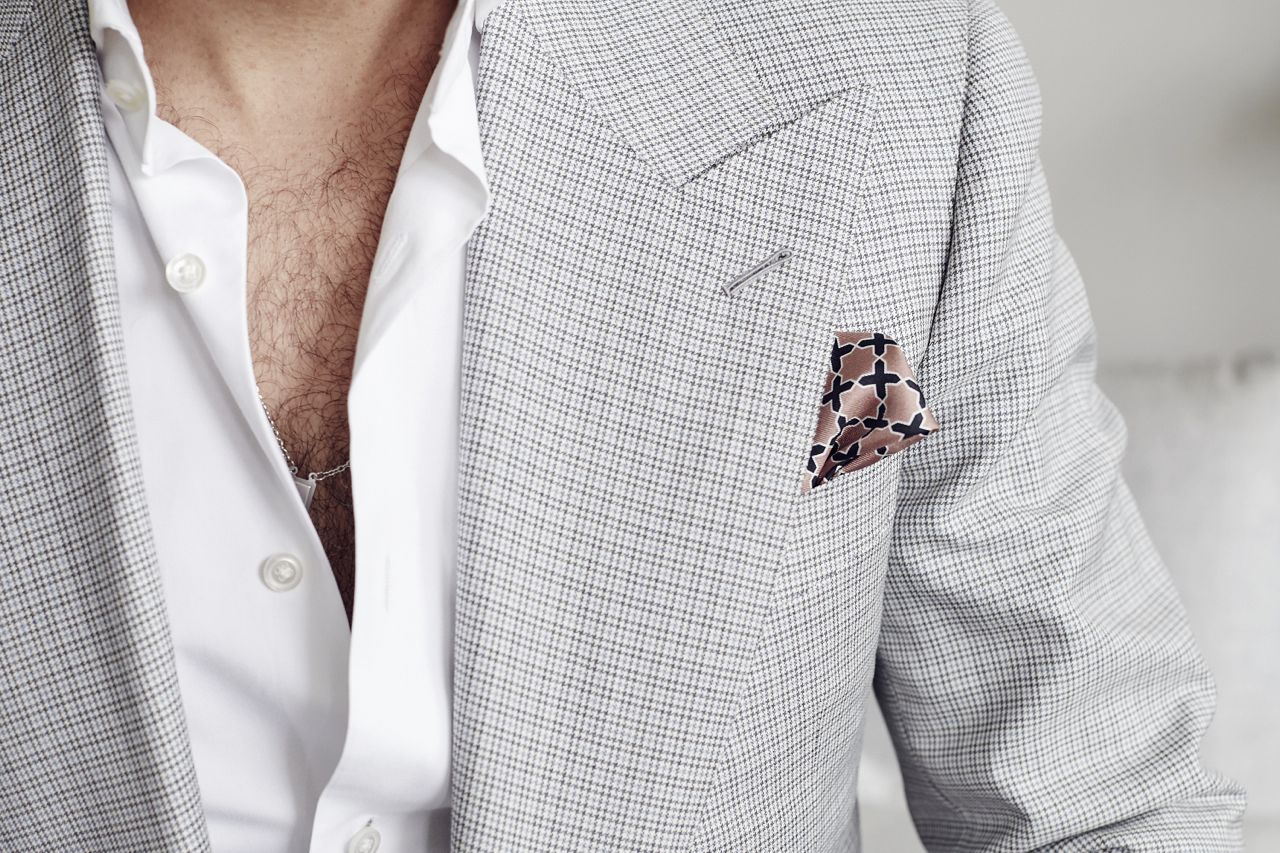 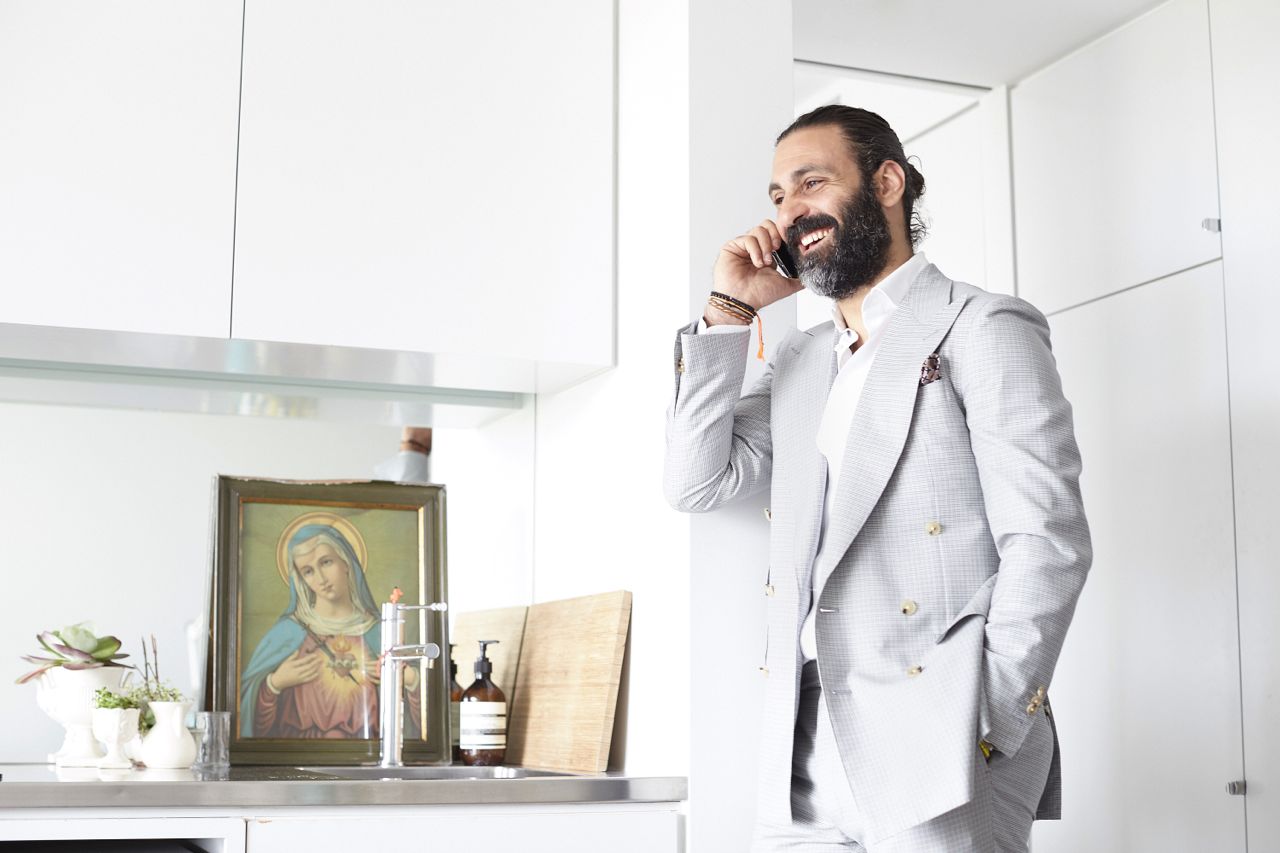 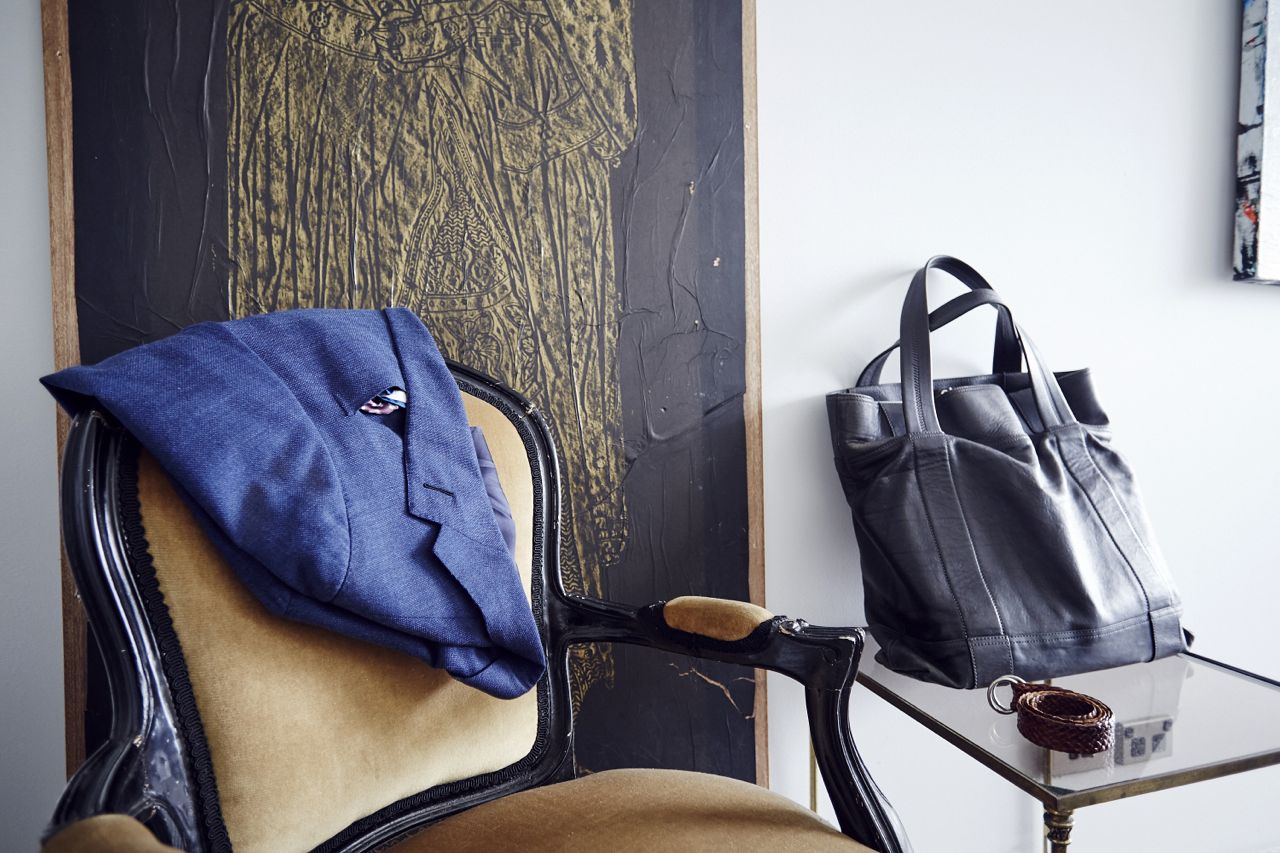 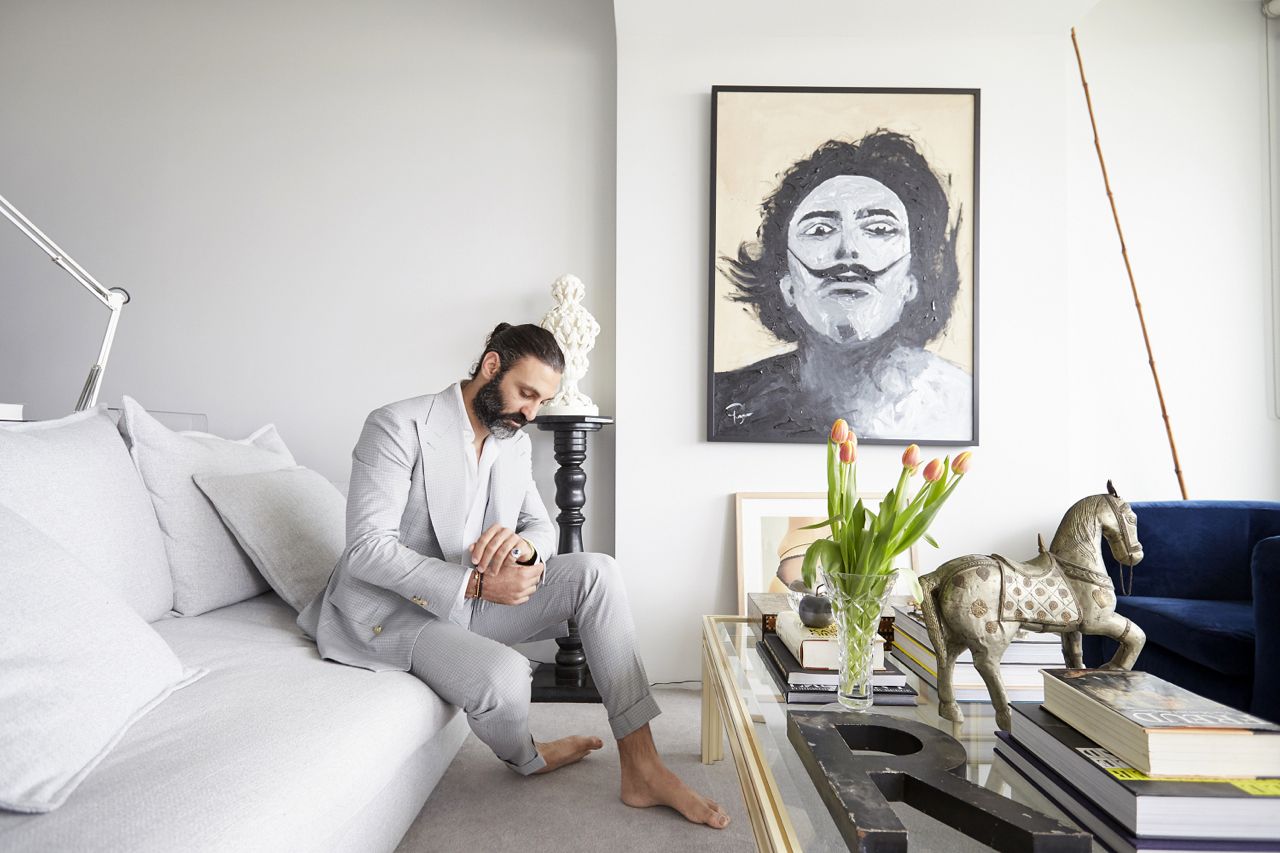