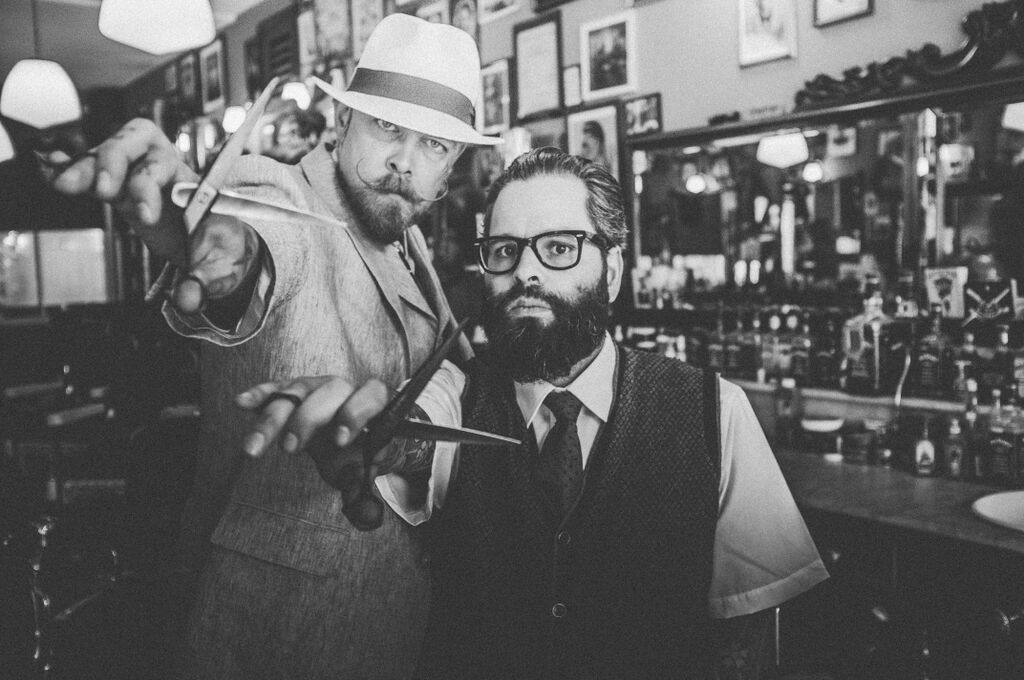 The scumbag barbers of Rotterdam have landed Down Under with a few things to say.

Last night, the legendary Leen & Bertus of Schorem, the old-school men’s Barber Shop in Rotterdam, Holland demonstrated their signature barbering techniques and cuts, and divulged all of their Schorem secrets, live on stage at the National Art School in Darlinghurst.

“Hairdressing is a form of art, and barbering is a craft. Those are two completely different things”

Both Leen & Bertus began their barbering education at just fourteen years old, and although they were living in Holland over 500km away from each other, the pair found their unique method of cutting hair to be very similar.

From pompadours to flattops, Leen & Bertus’ Schorem barber shop specialised in classic cuts that became renowned over the decades and frequented by everyone from greasers, rockers and bikers to psychobillys, ruffians and other fine gentleman ‘scumbags’ from every echelon of society.

Now, the duo are touring the world, inspiring and entertaining barbers and hair enthusiasts alike to appreciate the forgotten craft barbering. Their cutting principles are centred around classic men’s cuts and shapes that form the basis of all good hair styles.

While they admit demonstrating their eccentric and unconventional way of cutting hair is “different from 99% of barbers out there”, both Leen & Bertus see the audience as just another client in their chair. “We show our way. We don’t say it’s the best way, or the only way – it’s just our way”.

You’d be a fool, however, to think hairdressing and barbering were at all the same thing, according to Leen & Bertus. “Hairdressing is a form of art, and barbering is a craft. Those are two completely different things”.

In fact, what’s even more poignant than the craft of barbering, is the barber shop itself. “The main reason a man goes to the barber shop is to chew the fat amongst his peers. It’s a place to meet old friends and make new ones.”

It’s just this effort to bring back the significance of the barber shop within society that makes what Leen & Bertus do, so interesting. “We just wanted a place where we could cut hair and listen to cool music, but now the Barber Shop is more than that. It’s a place where everybody is the same, and the importance of that is truly underestimated”.

Their piece of advice for being successful in what you love? “Have fun, and the money will come”.

The Schorem Barbers are touring Australia and New Zealand to promote their hair pomade brand Reuzel, available through Haircare Australia. You can follow their exploits and adventures via their Facebook or website. 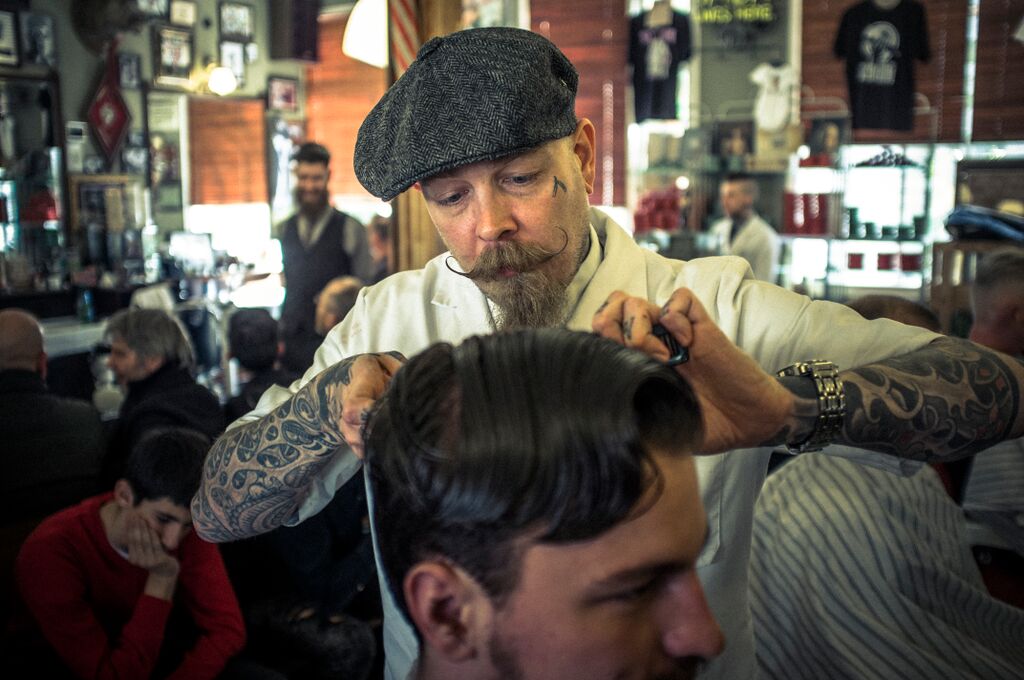 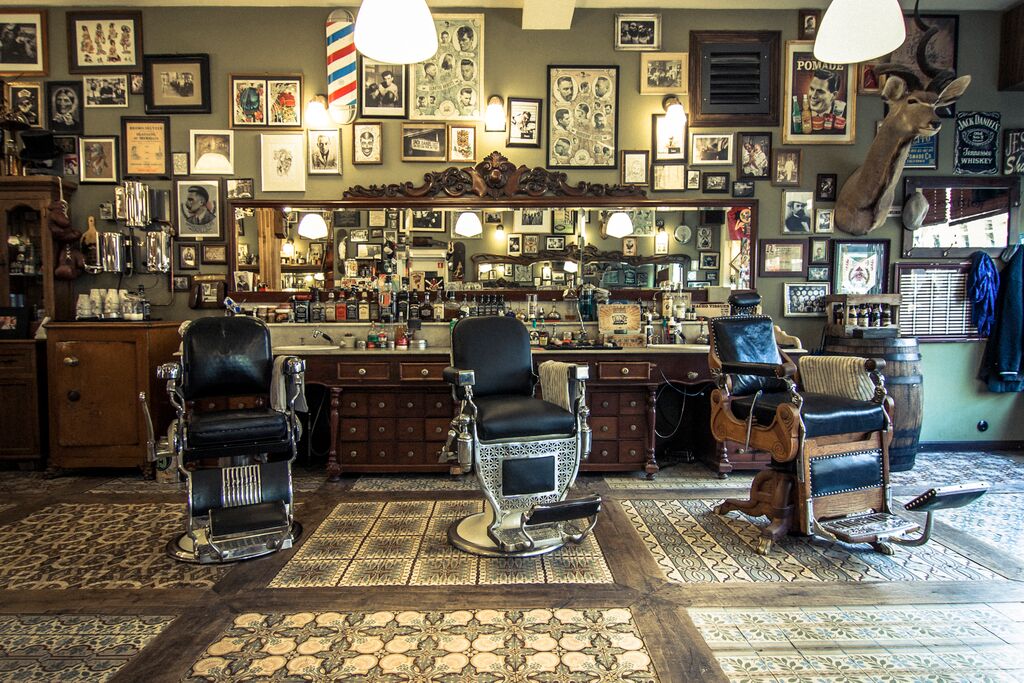 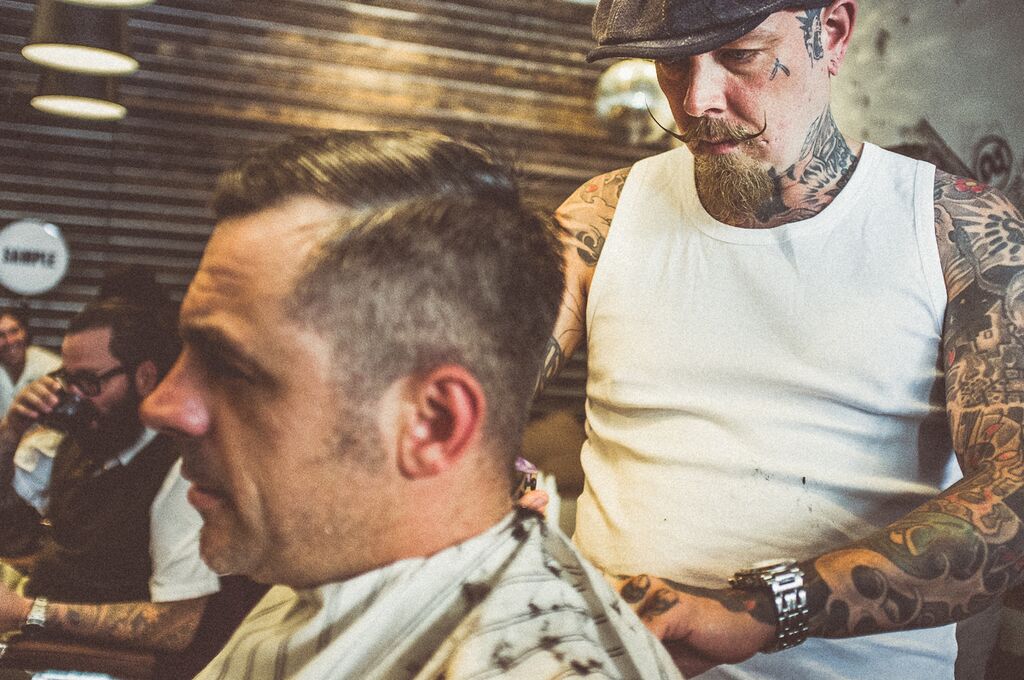 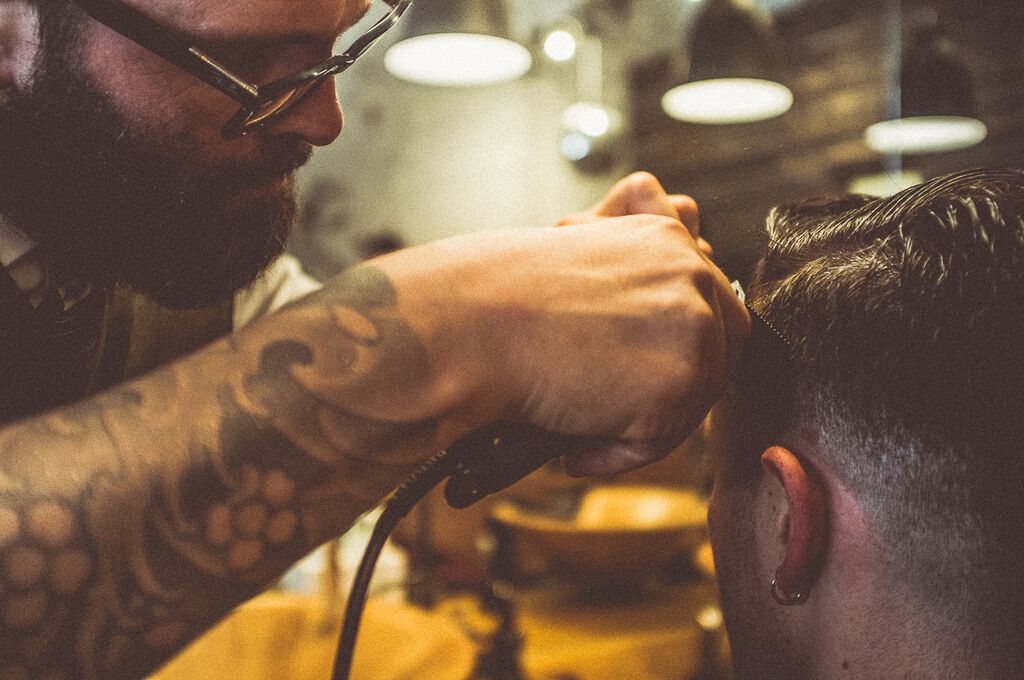 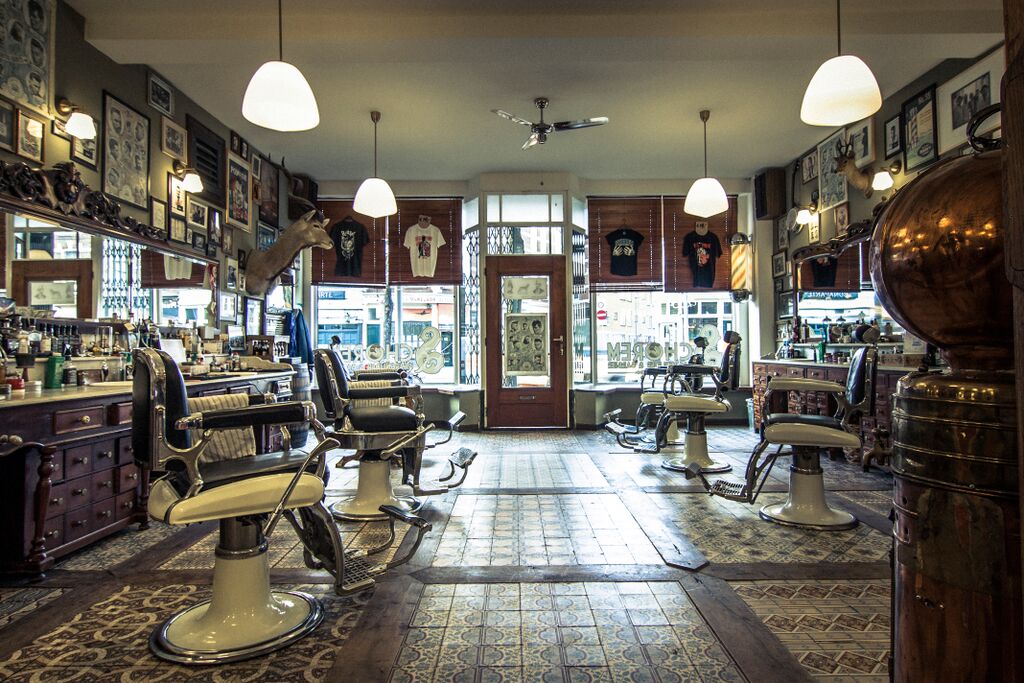 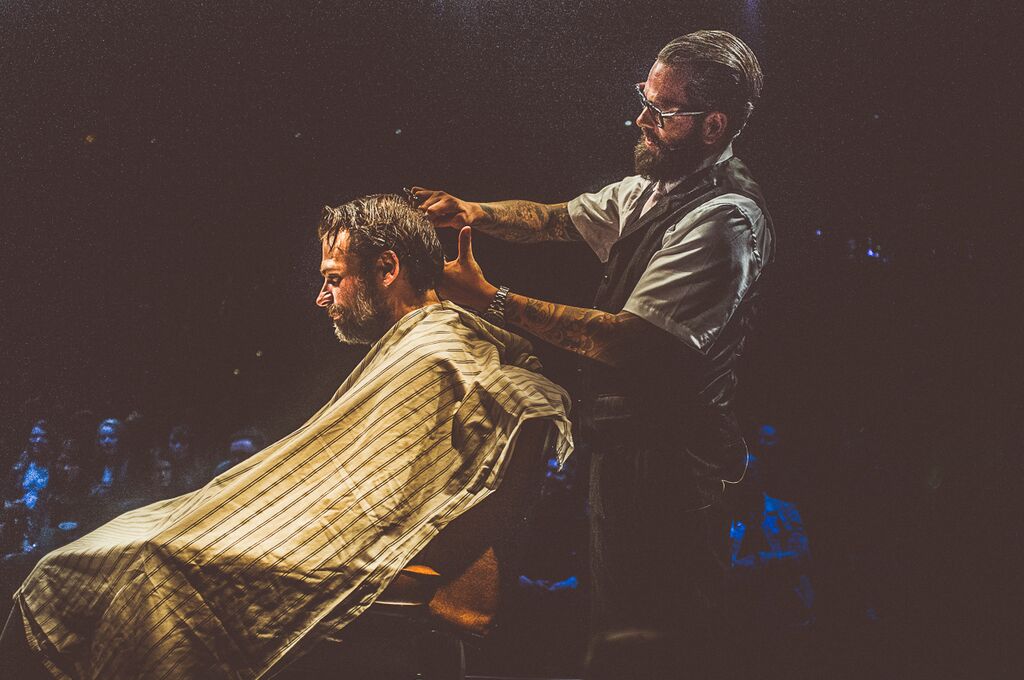 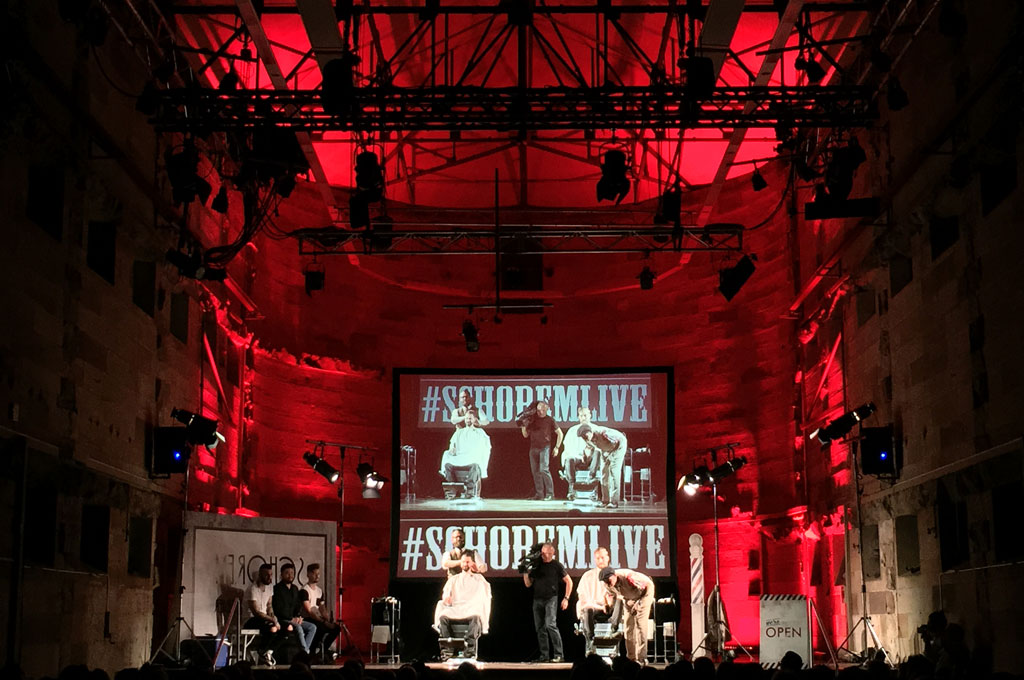