It’s not every day that a watch that has literally travelled to the moon and back lands in the lap of a public auction. A watch worn by David Scott, commander of the Apollo 15 mission in 1971 (and the 7th person to walk on the moon) will be up for sale at the RR Auction Space and Aviation Auction this month. 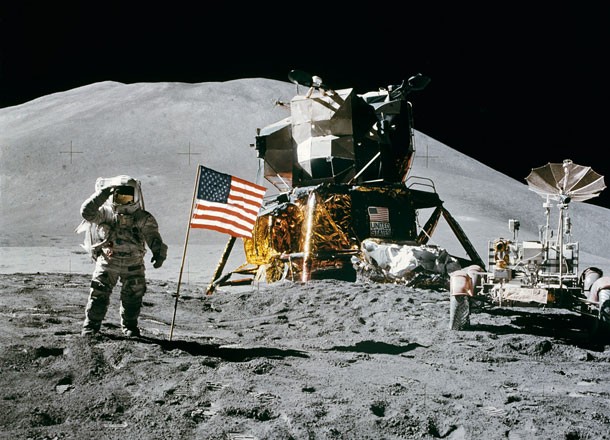 Most watches worn during the Apollo missions were the standard NASA-issued Omega chronographs, but the Apollo 15 mission was the first to use the Lunar Rover and as such, its crew were able to travel farther and needed to keep accurate time. Also, if communications with Mission Control failed, an astronaut’s timepiece was their only means of keeping track of the life support system’s remaining resources. Matt Damon, eat your heart out.

So, in addition to his standard-issue Omega Speedmaster, Scott took with him a backup watch. The Bulova Chronograph, model 88510, which was stowed safely in the Lunar Module. 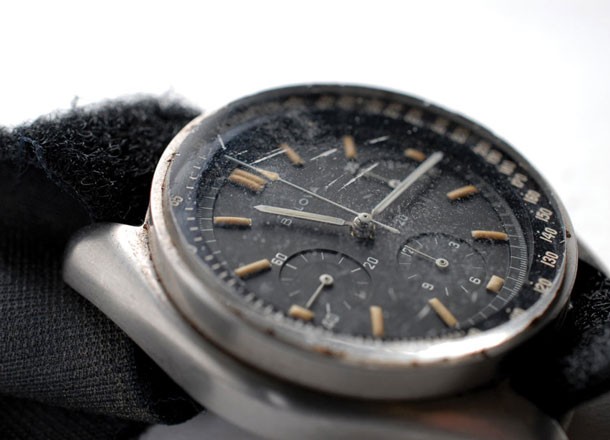 After his Omega Speedmaster lost its Hesalite crystal while drilling on the job, Scott ditched it for his Bulova Chronograph. It was while wearing the Chronograph that he saluted the American flag in the now famous Hadley Delta photograph.

The watch spent a total of 4 hours, 49 minutes and 50 seconds of time in lunar orbit and made its return from space with a few scuffs, scratches and dust from final splashdown.

The watch will start at a minimum bid of $50,000 but is expected to bring in a lot more. Dig deep space cadets.