If you’re feeling a bit bummed about Elon Musk’s latest car being able to automatically open doors upon a driver’s arrival, then continue feeling a bit inferior for now. 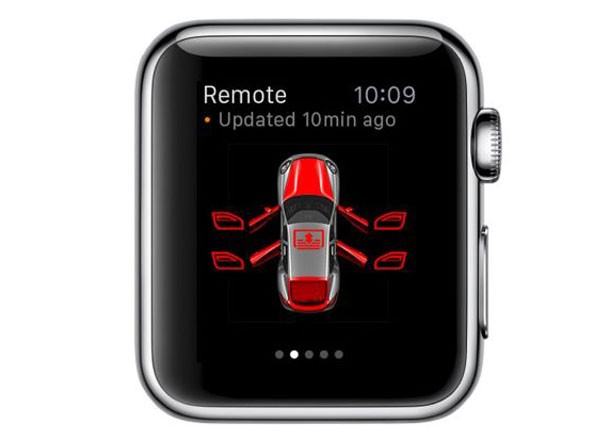 General Motors have been testing an app for the Apple Watch which will allow drivers to lock, unlock and start their cars remotely. It’s not in Tesla autonomous territory just yet, but it no doubt shows the car industries’ growing interest in keeping up with the lucrative car-tech race.

The move essentially outlines the trend in the auto industry to move away from conventional methods of operation. GM’s experimentation with the wearable tech is stemmed by the company’s OnStar unit, a telematics service that has been installed in GM cars since the 1990s. Given that Holdens will no longer be manufactured in Australia, there is a huge possibility that imported GM brands including the globally designed Holdens could feature this new technology.

GM faces stiff competition with the uprising of companies at the forefront of the auto-tech race. Tesla, BMW, Uber, Apple and even Google all have a stake in the future of transport in some way or form and GM is currently taking precautionary steps to ensure that they don’t get left behind.

From next year, GM will begin adding a fleet of driverless hybrid Chevrolet Volts that can drive autonomously to their Michigan engineering campus for employees to hitch a ride in. Along with this advanced move the American company will also launch a new car-sharing in partnership with The Ritz Plaza luxury apartments in New York. Guests will be able to access shared Chevrolet SUVs at any given time which will allow the company to expose its product and services to a much wider audience.

The future of motoring looks to be at our doorstep and if you’ve managed to lock yourself out of your car, this could soon be a problem of the past.