This Wednesday, D’Marge attended the 2015 Australian Geographic Society Gala Awards, honouring Australia’s best in the fields of conservation and adventure.

From a businessman who donated more than $5 million to environmental causes, to the persuasive crusader who convinced his town to shun commercially bottled water, this year’s awardees are all fine examples of how making a difference is a part-personal, part-public journey. 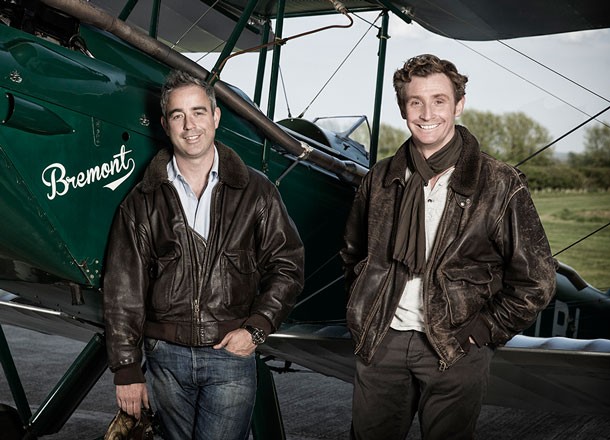 In the spirit of adventure, we caught up with Giles English of sponsoring British luxury watch brand at the awards to talk about its history.

First and foremost Bremont is a watch brand that is born from passion, desire, and a love for watches and clocks. It’s a passion that co-founder Giles English proudly admits has been something that “…my brother and I grew up around.”

The brother Giles is referring to is Nick English, his business partner and the other founding half of Bremont.

“Our father was an aeronautical engineer with a PHD from Cambridge; he loved building things: boats, aeroplanes, and he also loved watches and clocks,” says Giles.

Tragically, Nick and Giles’ father passed away in 1995 in a plane crash. One that brother Nick amazingly survived. After Nick recovered, the duo decided that they needed to do something they loved in life.

Giles attributes much of Bremont’s success to this bitter sweet turn of events, holding on to the belief that if it hadn’t been for the crash, the future would have looked very different.

“You have this tipping point in life where you think ‘I could be dead tomorrow, let’s go and live life.’”

This grounded and incredibly humble approach to life is something both Nick and Giles carry with them into the business, as well as the fact that they are quintessentially, and proudly British. With 750 Swiss watch companies out there, retaining Bremont’s British engineering principles and building as much in the UK as possible is extremely important to the English brothers.

But a patriotic British trademark isn’t the only core belief underpinning Bremont. It’s all about adventure. “We’ve always worked with explorers. Bremont makes classic style mechanical watches that you can wear in the boardroom, or up Everest,” says Giles.

Packaged up nicely in an aviation DNA, Bremont speaks to a man of determination and incredible ambition.

In fact, 20% of the Bremont business is making robust and accurate mechanical timepieces for the military and even the Royal Australian Navy and Air Force.

The military is one of many brand alignments that set Bremont apart from the pack. Bremont’s long-term partnership with Jaguar has seen a range of extremely popular chronometers inspired by E-Type sports racing cars built by Jaguar, and in working with Boeing’s manufacturing processes, Bremont have produced a selection of aviation timepieces acting as classic tributes to an earlier era in Boeing’s rich history.

“We’re a small company on a global stage competing against brands that are considerably bigger than us. Collaborations like this give you a marketing boost but it’s also about how we can learn off people and use their technology to improve what we’re doing,” says Giles. 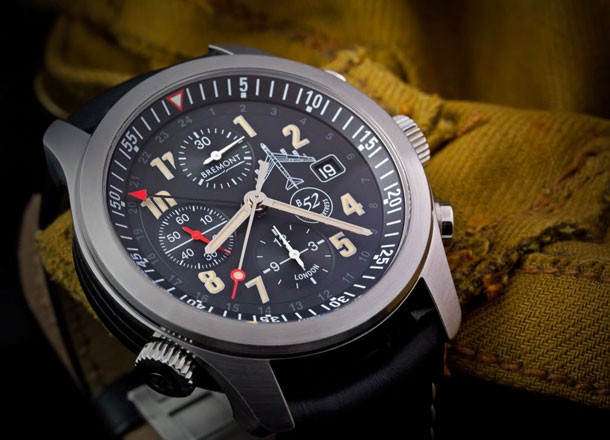 Compared to the myriad of luxury watchmakers out there, Bremont is a relatively young brand, founded in only 2002. “Being young, you effectively have to take some risks,” explains English. Without the marketing grunt to throw at glossy ads and film stars, Bremont have been forced to do things differently. Unlike a Swiss watchmaker, “We’re not shackled by history,” says English. “We could’ve gone and bought an old brand and pretend that we’ve been around for 300 years but then I would spend my life conforming to that history.”

English also makes the point that in reality, many Swiss luxury watchmakers weren’t actually around 20 to 25 years ago, but they were re-launched in an effort to hold onto a rich history, whereas Bremont have modernity on their side.

“No one realises how damn difficult it is”, English laughs of the complications associated in starting your own business. He jokingly refers to the ‘3 times rule’.

Be that as it may, founding Bremont is something English holds close to his heart. “It’s amazingly rewarding, and I recommend it to anyone who wants to put the effort in, but it’s no easy run. You have to be good at marketing and PR, retail, have control on a global basis, and it all suddenly becomes quite complicated.”

To have control of all of the moving parts, English recommends, “keeping it simple and having good people work for you.”

So, where does one half of Bremont see the brand in a decade?

“We want to keep pushing the boundaries and surprising people. We can’t grow overnight but there’s that steady growth, and we’re excited.”

A man who loves his watches, we had to ask English what to look for when purchasing a luxury timepiece. “A mechanical watch can last 200 years, so whenever you’re buying – make sure you’re going to like it in 10 years time…like a tattoo. But also consider the fact that over the years you’ll acquire other watches – one for every occasion.” Sage advice from a luxury watchmaker who has mastered the art of doing things differently, with style.

Conservationist of the Year – Tim Faulkner

Lifetime of Conservation – Robert Purves AM