Any personal trainer will tell you that six-packs of beer don’t usually lead to six-pack abs, but one man is hoping to change that. Blake Konrardy is a brew lover, fitness fan and dreamer of big dreams. He is also the genius attempting to launch a line of “fitness beers” via Kickstarter. 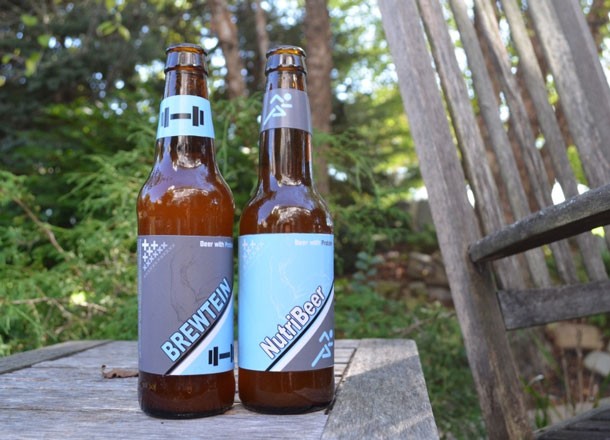 His company, Supplemental Brewing, has announced two protein-fortified beers called Brewtein and NutriBeer. Brewtein is an American wheat ale injected with seven grams of whey protein. NutriBeer, a light lager, is a low carb beer with four grams of protein for those looking to limit their calorie intake.

Konrardy is so confident in the future success of his protein-packed brews that he quit his job at an insurance company to focus on making them full time. He even hopes to open a “protein focused brew-pub” that serves protein beers and food.