How To Get Donald Glover’s Style

His voice is buttery smooth – then wham, it’s rap-attack – dropping a beat that you can’t help but groove along to. Childish Gambino on stage, the man behind the mic is Donald Glover.

But wait, isn’t he…yes, the comical science geek alongside Matt Damon in The Martian. And you’ll know his mug from Magic Mike XXL, Community and cult television series, Girls. Glover’s talented and versatile. And like his career, his style remains an enigma. Until now. 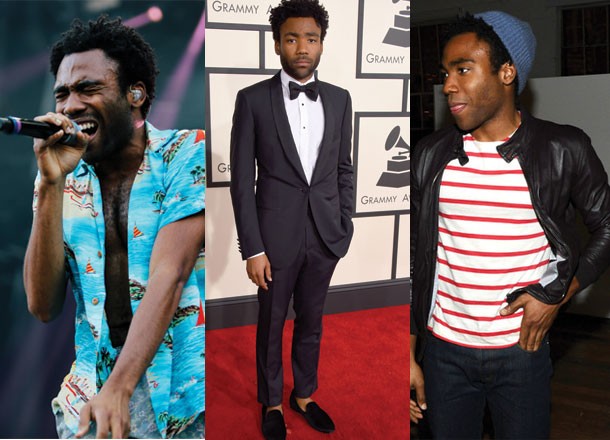 Born and raised in California, Glover is of the ‘So Cal’ lineage. Even a rapper phase can’t derail him from his surfer pop blood. And when he’s off the beatin’ track and on the red carpet, the tux does emerge, with slipper loafers to boot.

Glover’s casual jacket taste is somewhat classic, looking to icons McQueen and Dean for the most part, as well as referencing bad-boy collegiate vibes with his reworked sweaters and a killer shoe-game. Glover must have been a nerdy menace at school. 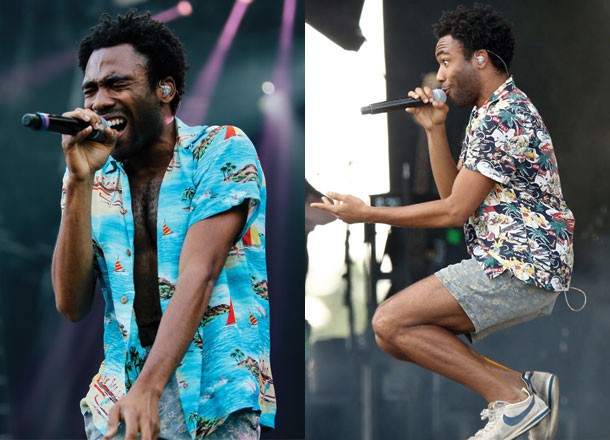 On stage, the summer heat can’t contain Glover. Dressed as Childish Bambino, the rapper snubs urban street gear for some surf pop, reforming the retro print with a modern version of the paradise shirt.

Always short sleeved – to coincide with stripped-back cut of the casual cotton shirt – the artist pairs gargantuan floral tops (yes, sometimes all-the-way undone) with vintage-length cotton shorts, but in a faded print (sometimes floral) acting more like texture than a pattern in itself.

Retro sneakers, no socks, finish off the California dreaming. 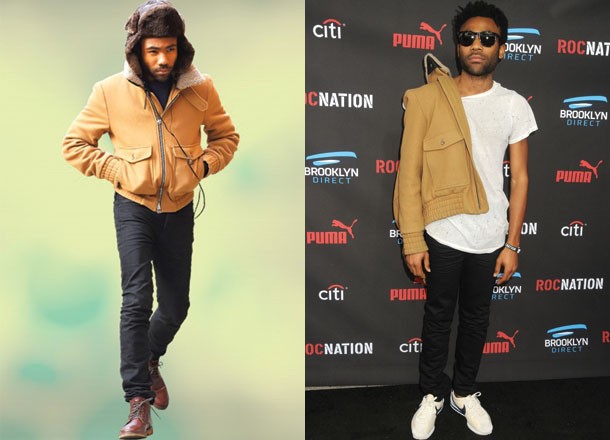 Despite his rush to fame, Glover is a still simple man. He favours one jacket this year – the tan bomber. Very much in style right now, the cropped aviator coat comes with all the retro trimmings: double-face front pockets, a biker-style collar tab and shearling collar. 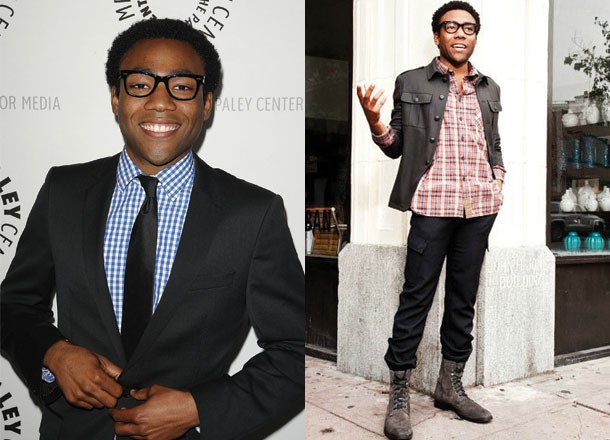 The American actor isn’t one for formalities but when premiers call, Glover looks to heritage plaids. Accompanying a single-breasted wool suit in straight black, the gingham print in checkerboard blue and white creates a visual spectacle when paired with a mid-width black tie.

Off-duty, the Americana heritage arrives again, this time in flannel check, with a lightweight cotton button down casually untucked and open at the neck. Glover is a pioneer of the shacket (shirt jacket) in a stone cold grey with matching military boots in suede and a shin-climbing shaft. 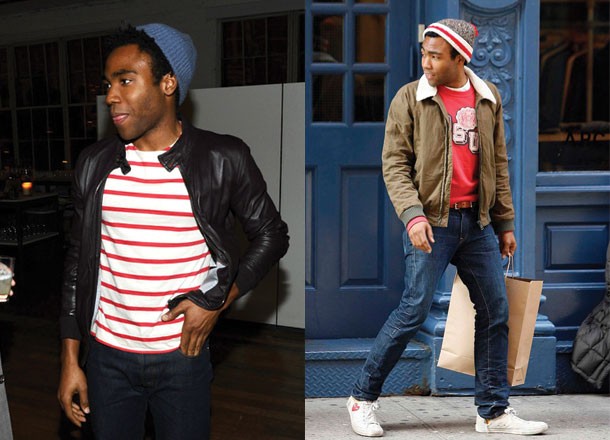 From Ralph Lauren collegiate to James Dean-meets-McQueen, Glover taps iconic Americana style with ease. Like a badass on the weekend, the Breton shirt under a black biker jacket in leather returns. But with Glover updates: raw denim jeans in a slim-fit and chalk blue beanie.

Winter comes and Glover goes to college with a varsity jersey knit, American-blue jeans (slightly washed) over tennis shoes. The beanie returns (as more of a novelty with pom-pom) to break away from school, supported by the actor’s much-loved aviator jacket in a soft-shouldered brown.