Google is in damage control after having to defend its new in-car infotainment software known as Android Auto against allegations of driver spying and questionable data collection practices. 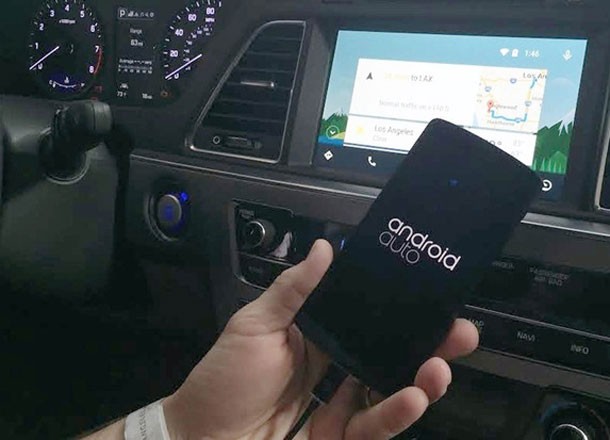 Given that the search engine giant already knows everything about you (it scans every Gmail message for ad targeting), this latest controversy in the growing consumer tech-transport market comes as no suprise.

The original report which came from Motor Trend magazine claimed that Porsche had backed out of implementing Android Auto, a Google program designed to help drivers listen to music, use maps, and make calls, into their newer cars. The German carmaker instead chose Apple‘s Carplay over Android Auto for reasons regarding customer privacy fears.

Those fears stemmed from the publication’s allegations that Android Auto was retrieving a lot more data on its drivers than it should.

Google quickly fired back to defend Android Auto by stating that they “take privacy very seriously and do not collect the data the Motor Trend article claims such as throttle position, oil temp, and coolant temp.”

The Google statement continued, “users opt in to share information with Android Auto that improves their experience, so the system can be hands-free when in drive and provide more accurate navigation through the car’s GPS.”

The carefully worded response does however dodge the the fact that Google is still collecting data on the car’s speed and engine revs – Apple by contrast only needs to know if the car is moving while Carplay is in use.

This poses the serious question amongst motorists: Why can’t Google just use regular GPS data to track a vehicle’s speed as opposed to retrieving it via their own Android software? And more importantly, what does Google want with people’s driving habits?

Regardless, privacy and safety and security seems to be the underlying principles being tested here. The fact that Google is directly interacting with a vehicle’s electronics can lead to serious hacking risks – an issue which was recently made a reality by car serial hackers Charlie Miller and Chris Valasek. The pair were able to hook into a Jeep Cherokee’s firmware via its infotainment system before taking full control of the vehicle. The hack eventually sparked a recall of 1.4 million cars from Chrysler over safety concerns.

If Google are indeed just collecting driving habits for the sake of ad targeting, this could be the least of our troubles.