How To Get Matt Bomer’s Style

Matt Bomer is picky when it comes to acting roles. It’s a reflection of his exploding professional career, bringing heroic yet refined male personas onto the big screen. There’s the sensitive side seen in ‘The Normal Heart’. And the braun via ‘Magic Mike XXL’. Or a quasi-sexiness in ‘American Horror Story’.

The Missouri-born, Texas-raised star owes a lot to the characters he’s played on screen too. Mostly, the ruggedly casual and impeccably tailored Neal Caffrey, from the hit show ‘White Collar’, in which Bomer has robbed the con artist’s incredible style – and taken it as his own. Now, who’s the fool? 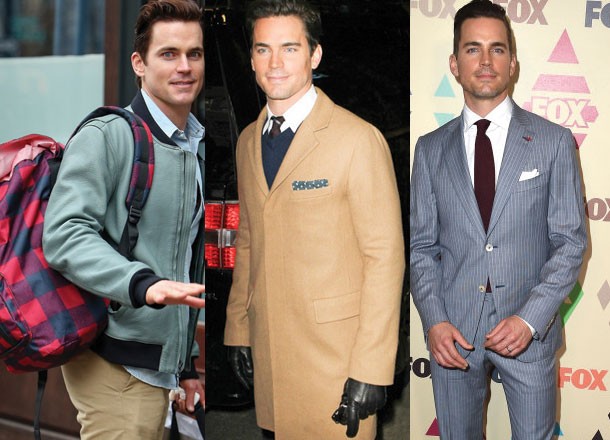 Blue-eyed and baby faced, Bomer is classically handsome, which he lets play out across his personal style. With a proclivity for suits, the actor often dons some form of tailoring –  both on the red carpet and between meetings when thumping the city streets.

Bomer adores outerwear too – turning to cropped biker jackets and winter top coats – and his penchant for fine details (the cut, texture and fit) is vivid, not to be out-rivalled by his ability to mix and match prints and patterns – especially with shirts and ties. 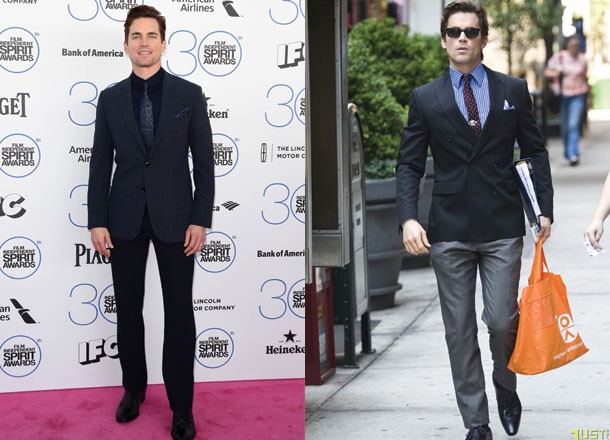 The actor likes to freshen up the suit with strong tailoring – but as separates. Sticking to night-time sleek, the red carpet requires black trousers with a black-look jacket that, upon closer inspection, reveals a Prince of Wales check for extra texture. And with a violet paisley tie, Bomer refuses to blend in.

In the daylight hour, Bomer dons the traditional – wearing a double-breasted jacket with all the trimmings – peak lapels the feature of the navy jacket. Charcoal pants in a tailored fit are classic trouser options, cut with a clean break at the base. 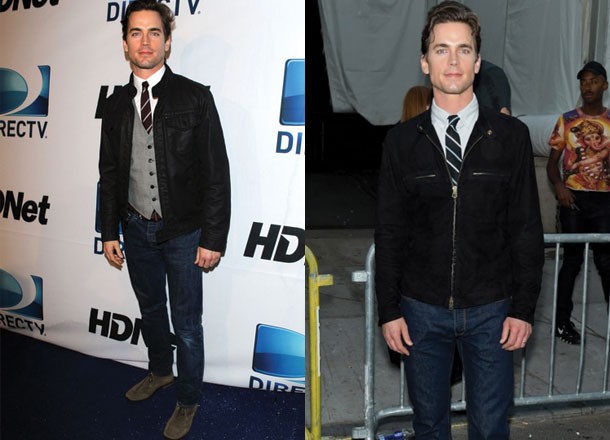 While the sports jacket and jeans is a foolproof look, Bomer ditches the suave blazer for a biker jacket. The go-with-everything black of the biker ramps up the sophistication of the cropped coat. And Bomer doesn’t stop there, swathing his tailored torso in matte leather or a suede finish, to rebel-up a white business shirt and tie.

The key to business biker is selecting a conservative blue wash denim in a trouser silhouette. Then add additional refinery details such as a leather belt and suede dress shoes. Bomer’s choice of waist coat eschews the need for a cashmere cardigan, and in light grey it softens the bad boy Bomer. 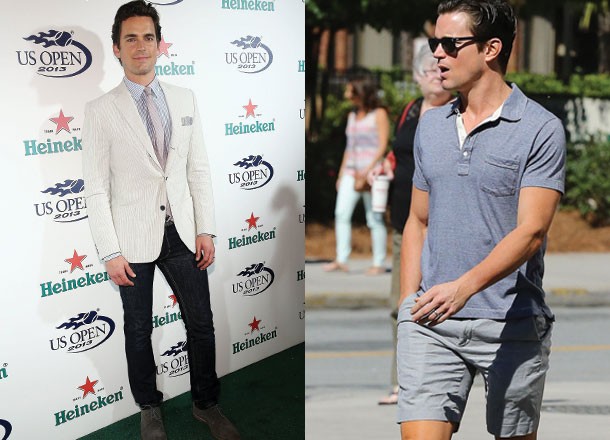 Off-duty, the shorts come out. Midsummer tailored chinos sit just above the knee and the icon of prep – the polo shirt – creates a tonal ensemble in gunmetal cotton pique fabric. Hair slightly grown out on top, the dishevelled bang at the front frames the black shades. 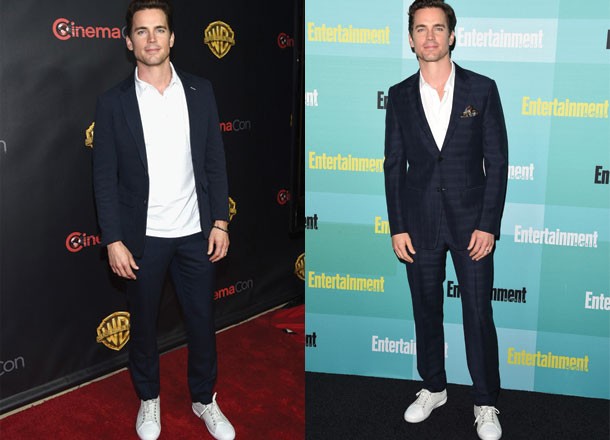 Bomer does leave the iconic behind sometimes; opting for a navy single-breasted suit (yes, still classic) but with white casual shirting and equally-white sneakers. For an urban interpretation, the suit is crafted in active nylon and Lyrca for ease of movement. The jacket is left undone and polo untucked, creating a fluid drop down to the tapered ankle.

Other times, the suit is a wool/cotton blend with jacquard check for extra texture. The formality beckons a paisley pocket square – and button down shirt, sans tie and open. But the sports accent bounces on under the buttoned jacket with the Stan Smith-esque trainers – again monochrome white.