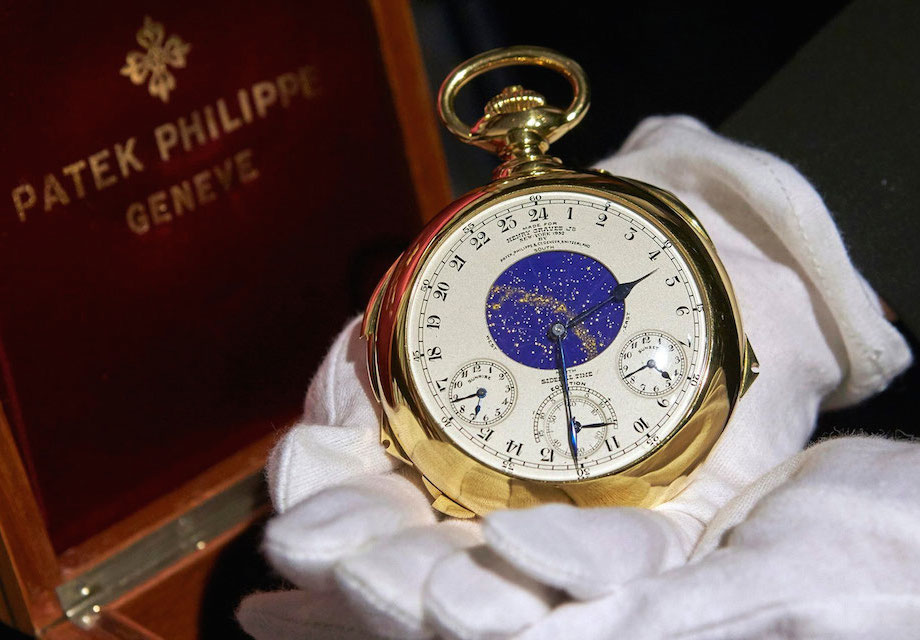 You think you’ve seen spectacular watches, but this one takes the horological cake. The Patek Philippe Henry Graves Supercomplication is one of the most complicated mechanical pocket watches ever. It’s also the most expensive.

American banker Henry Graves Jr commissioned the watch to best the Grande Complication pocket watch of his sworn enemy-in-horology, automaker James Ward Packard. Patek Philippe constructed the watch over seven years – three years for design, five for manufacture – and finally delivered it to Graves in January of 1933. For more than 50 years, the Supercomplication’s 24 functions made it the world’s most complicated timepiece.

The watch’s list of complications includes a chronograph, Westminster chimes, a perpetual calendar, sunrise and sunset times, and a celestial map of New York as seen from Graves’ apartment on New York City’s Fifth Avenue. To accommodate so many functions, the gold timepiece is double-dialed and double-openfaced.

The Supercomplication has only been up for auction twice. In 1999, it was sold at Sotheby’s for a record breaking US$11,002,500 to an anonymous bidder who was later revealed to be a member of the Qatari Royal Family. It broke its own record in 2014, selling to an anonymous bidder for US$24 million – the highest price anyone has ever paid for a timepiece, including both pocket watches and wrist watches. That could buy you a lot of Lamborghinis. 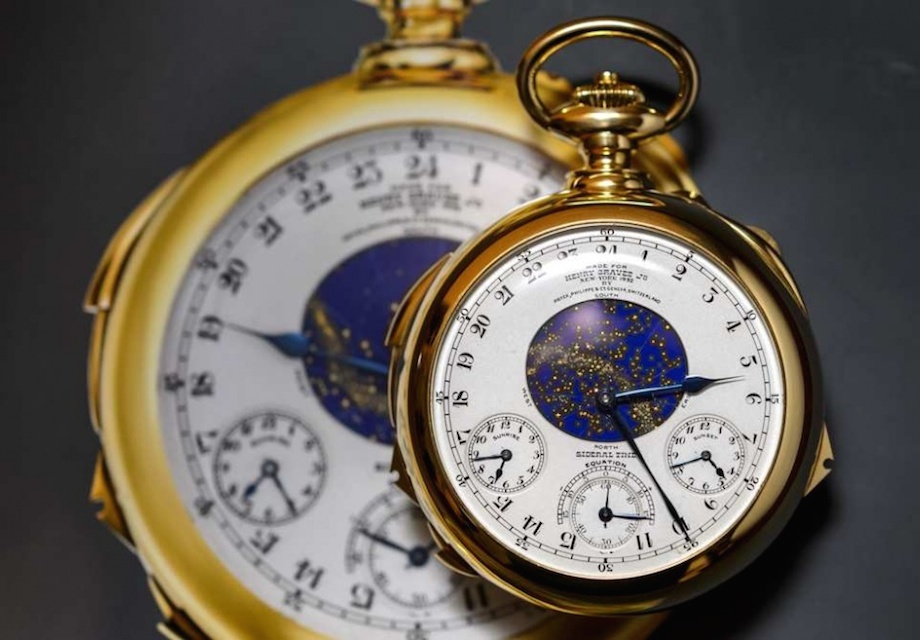 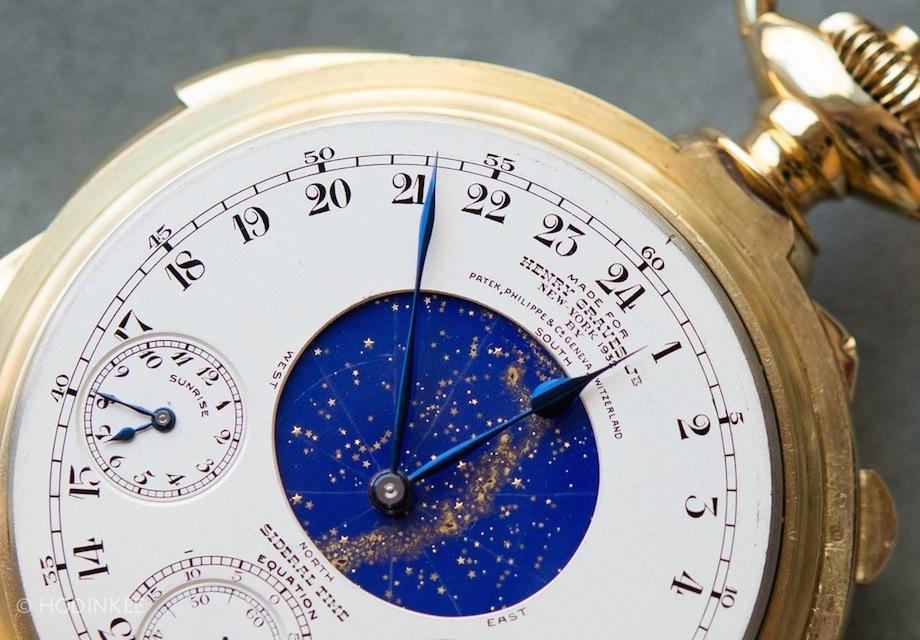 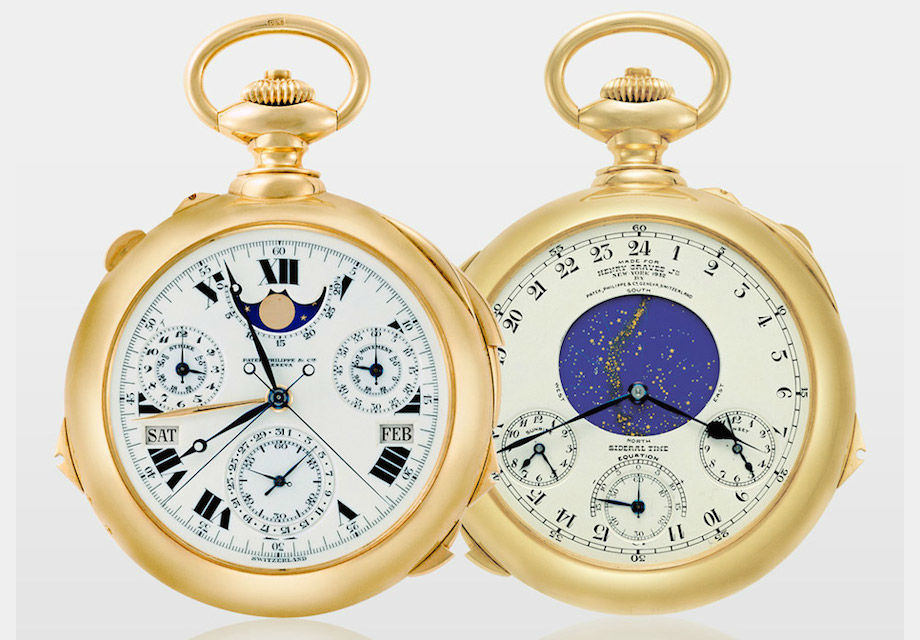