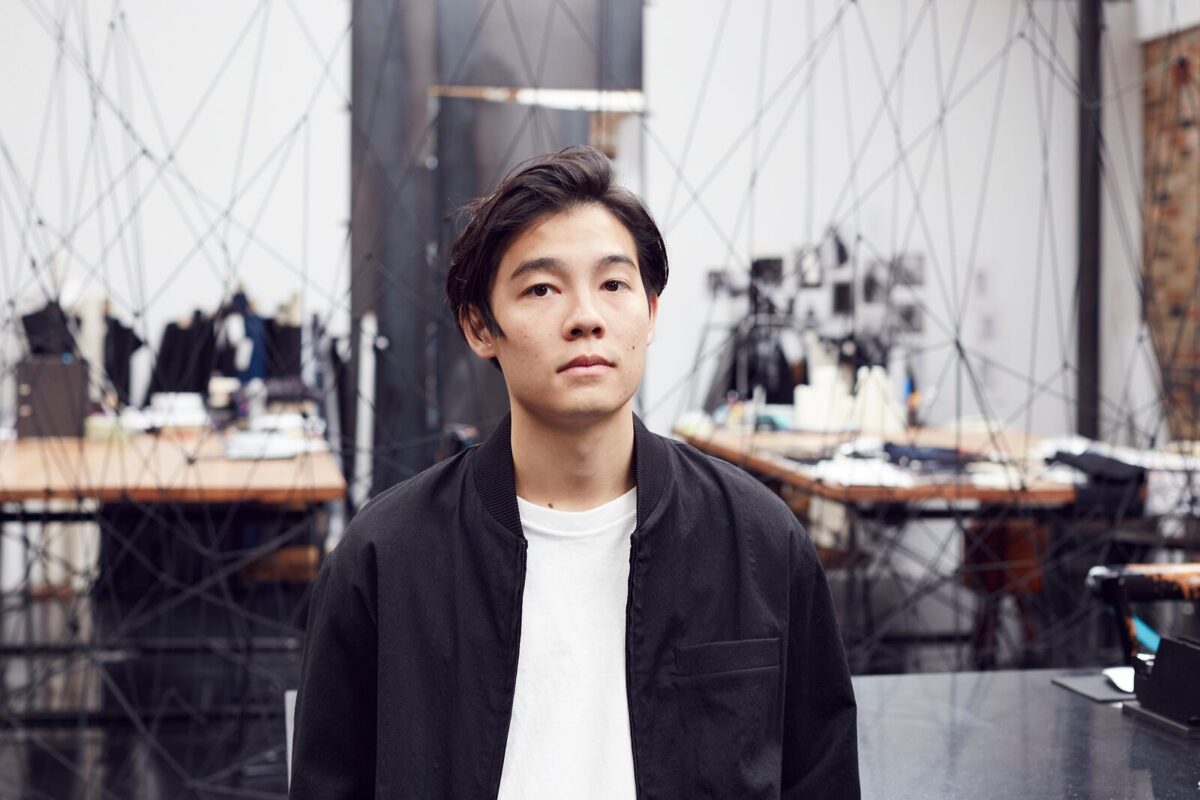 Melvin Tanaya thrives on a challenge. It was through his desire for something to call his own that Song for the Mute was born, an eclectic menswear label which prides its pieces on exclusive bespoke fabrics. The funny thing is, Tanaya rejected a career with the UN to get here. And he doesn’t know how to sew.

Tanaya is loitering outside his Glebe studio this morning waxing lyrical about achieving the impossible. When he and his label co-founder Lyna Ty get down to business inside, they do it in the ambience of complete silence. Their award-winning label has rarely ever basked in the silence though. Self-taught in the world of high-end fashion, Tanaya and Ty have spawned an international, cult-like following with a devout customer base – fans who’ve actually tattooed Song for the Mute on their skin.

How does a duo go from designing clothes out of a car to running one of the country’s most respected menswear labels? Simple. Follow your gut.

“First couple of years we were working out of our car.”

For Tanaya, this journey began back in 2009 when his love for graphic design tees and a lack of garment-making skills led him to an old school friend in Lyna Ty. Tanaya wasn’t too keen on the fit of the mass produced t-shirts out there so he got Ty to make a pattern for his shirts before telling her about this new concept he had in mind. “She really connected with the concept and jumped on board,” says Tanaya.

This shirt business would die a quick death before it even started as Tanaya and Ty unearthed a calling that was much bigger than they had both expected. “That [shirt business] didn’t last very long. That was the initial idea because I didn’t know how to make clothes.”

What quickly evolved from a simple shirt became a coat and then a concept for a brand new Australian label. The only rule they had in mind? It couldn’t be too literal and it had to communicate their feelings through the form of their garments. The trajectory was seemingly set for Song for the Mute, with Ty as the trained womenswear and costume designer, and Tanaya as the business savvy guy charged with pulling the designs back slightly so that they were wearable for men.

The tough crash course in fashion was just beginning though. Tanaya had to take on the huge learning curve of the volatile retail market whilst making mistakes in the business and carrying on with his day job at the luxury menswear retailer Harrolds. It was no walk in the park. “First couple of years we were working out of our car,” Tanaya says.

Growing up in Australia with strict and traditional Asian parents ensured that the pair’s craving for creativity was often frowned upon in place of the more conventional career paths – think lawyer, accountant, medicine, child prodigy and so on. Tanaya says that to get around this cultural barrier, the pair held onto their jobs for four years whilst running the label before they committed to it full time.

The idea behind this was to assure their parents that no matter what happened, they still had something to fall back on – a failsafe. “At first they were worried, making sure we were okay financially. We just kept letting them know our progress. The awards we won and how this was growing. We were able to support ourselves in terms of business and production but it wasn’t cheap.”

For Tanaya at least, it was never about reaching that point where he could prove to his parents that a career in fashion was viable. “We were not longing, saying can we convince them now or how about now? We’re happy with ourselves and we just wanted to get better and better at what we did.”

Money and fame was not the motivation for the duo either. Getting better as designers and proving that it wasn’t just a phase absolutely was.

During this stage of growth Tanaya didn’t have a table to work on as the studio had doubled as a living space. The pair didn’t want to mix living and working spaces but there wasn’t much choice. As Tanaya explains, they simply did what they had to to get here. Song for the Mute would release their first collection which comprised of eight pieces. The pants alone would take Ty and Tanaya six months to design. It stands as the base pattern for all of their pants today.

“We learnt it the hard way by jumping in the deep end. We created a collection without a factory.”

Meeting Nick Wooster and having him as style advisor via E-mail is pretty cool. Showing your collection at Paris Fashion Show is also cool. Having your garments stocked in over 12 countries and 25 of the world’s finest luxury boutiques is near unheard of for any Australian menswear label. For Tanaya who has no formal fashion background whatsoever, you’d think the 29-year-old just made this stuff up as an elaborate hoax to punk the fashion students toiling away in internships.

Tanaya doesn’t need to know how to make clothes though because he seems to fully understand the concept behind it. And more importantly, how to sell it.

“I kind of liked clothes but I didn’t know about fabric or cut. With Lyna, she started introducing me to designers and fabrics and the difference between woven and knitted. We’ve been going for five years and I’m learning everyday. We go to Japan and Italy to create our own fabrics. So it’s still as exciting for me now as it was learning about the basic stuff.”

For now, Tanaya looks after wholesale, design and retail whilst overseeing the branding and art direction of the business. Ty on the other hand looks after the creative direction of their collection pieces, ensuring that the all important balance between ‘sellable’ and ‘aesthetics’ is kept satisfied throughout the Song for the Mute journey.

Challenges it seems are factors that Tanaya also welcomes as a part of life in the business. When the pair first started, they didn’t have access to bespoke fabric. So they went straight to their trusty Yellow Pages and cold called in search of some thread suppliers. With no connections in the industry and no mentors, Tanaya and Ty called up every supplier in Sydney to no avail for their needs. As Tanaya puts it, “we learnt it the hard way by jumping in the deep end. We created a collection without a factory.”

But even their first collection wasn’t crash hot as the garments would disintegrate in the washing machine. Song for the Mute needed a new plan, so they headed for a trade show in Paris called Premiere Vision where they were able to meet and build relationships with premium fabric suppliers. This is what Tanaya attributes to the brand’s signature design today, the silver bullet to their success in the shaky world of fashion retail.

“We met with some suppliers there and it takes a while to create a relationship where you can create your own fabrics. And I think that’s what differentiates us. We’re relatively young but it certainly took a few years to do.”

“Patience, hard work and being passionate about what you do is most important because you’re only as good as your product.”

Surprisingly, Tanaya says that it was never even their goal to make their own fabrics, explaining how the progress towards that space was just “organic”. Nothing is ever drawn first at Song for the Mute as it all depends on the fabric they concoct. Seventy percent of the design process is about fabrics and it grows organically from there. The overall look of each collection is therefore always different from the last based on the limited run of fabric they produce.

Given the ongoing success that the label has seen over the years, Tanaya says that those looking to move into the industry shouldn’t be deterred by the high chance of failure. “I don’t think you need a lot of money. We don’t have an investor now and we started with nothing. Patience, hard work and being passionate about what you do is most important because you’re only as good as your product.”

And in terms of raising that initial capital to get things off the ground? “Keep your second job as long as you can until you’re ready to let it go.”

At the end of the day, regardless of the swathe of awards, celebrity endorsements (Lupe Fiasco is earmarked as their next collaborator) and growing revenue, it seems Tanaya has his eyes set solely on just one prize – family. “We don’t try to validate our success. It’s more like building a family. Just coming to work everyday and seeing my own team there, that for me is a good feeling. To see our own space. The simple things, little things drive us.”

“Oh, and one of my biggest personal goals is to also make Lyna’s parents proud of what she’s doing.” 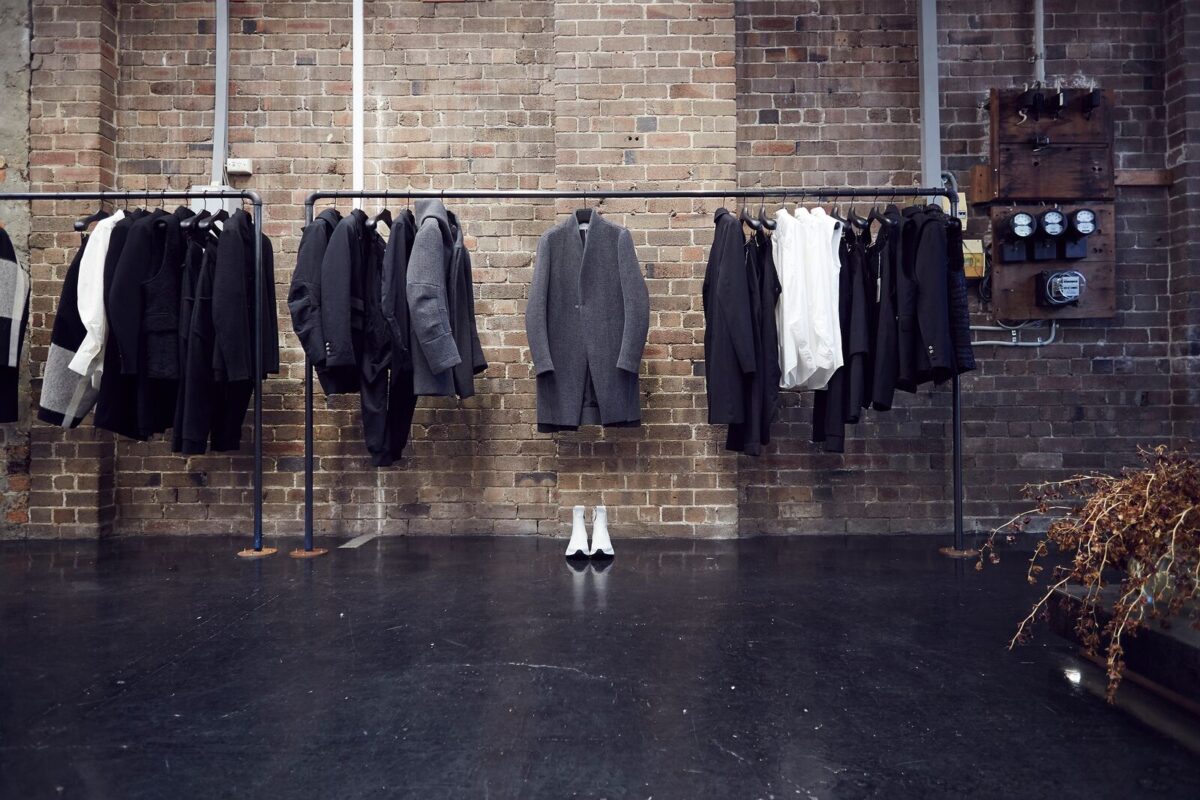 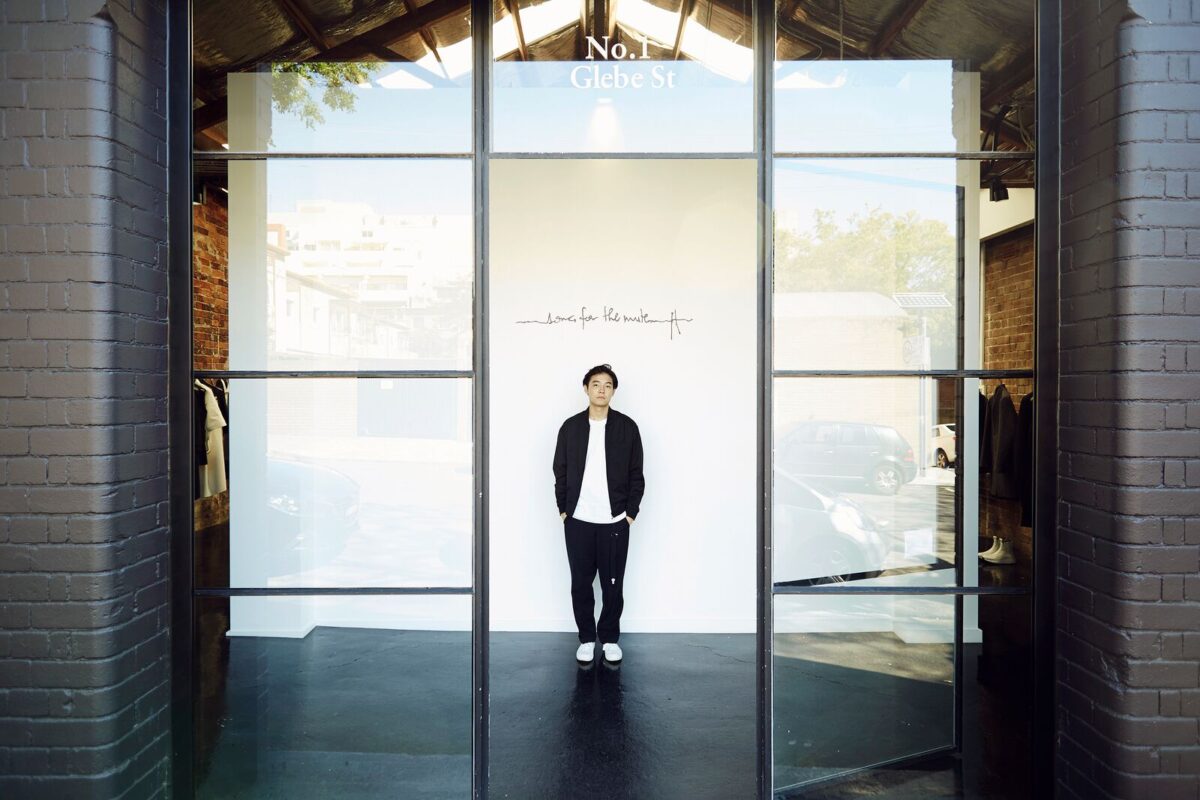 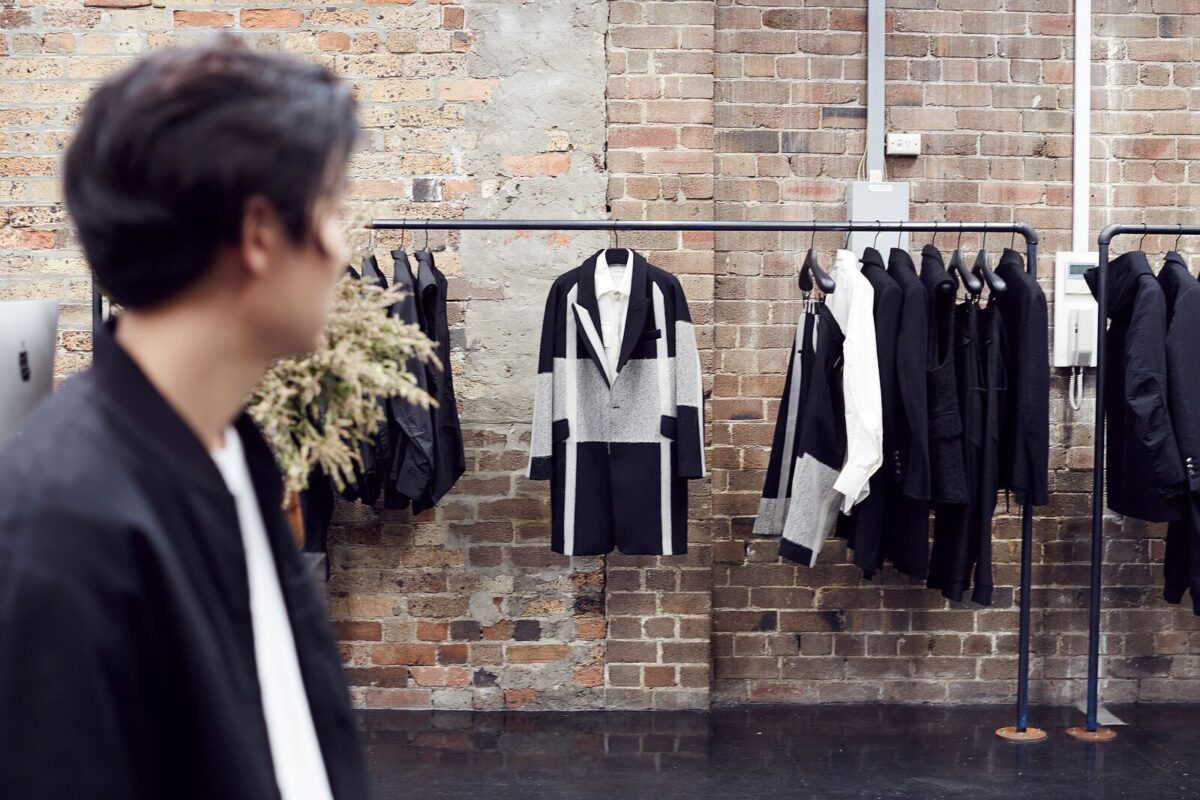 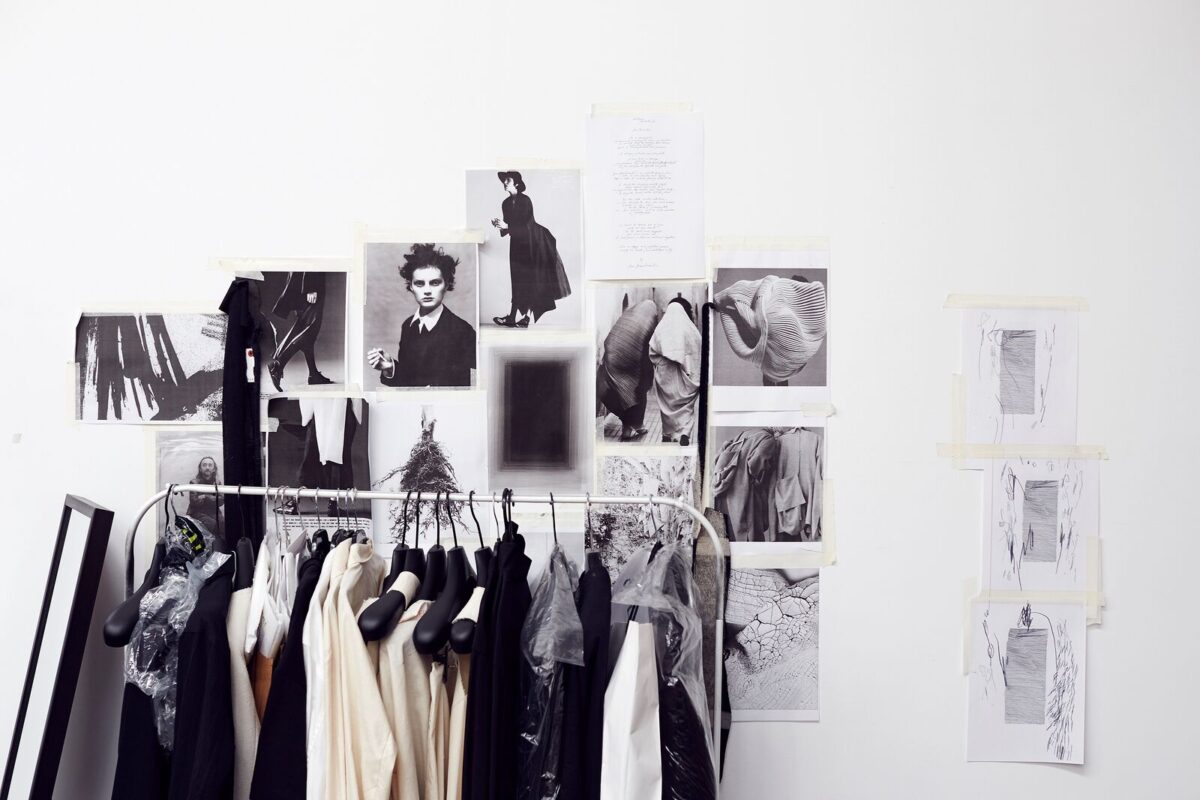 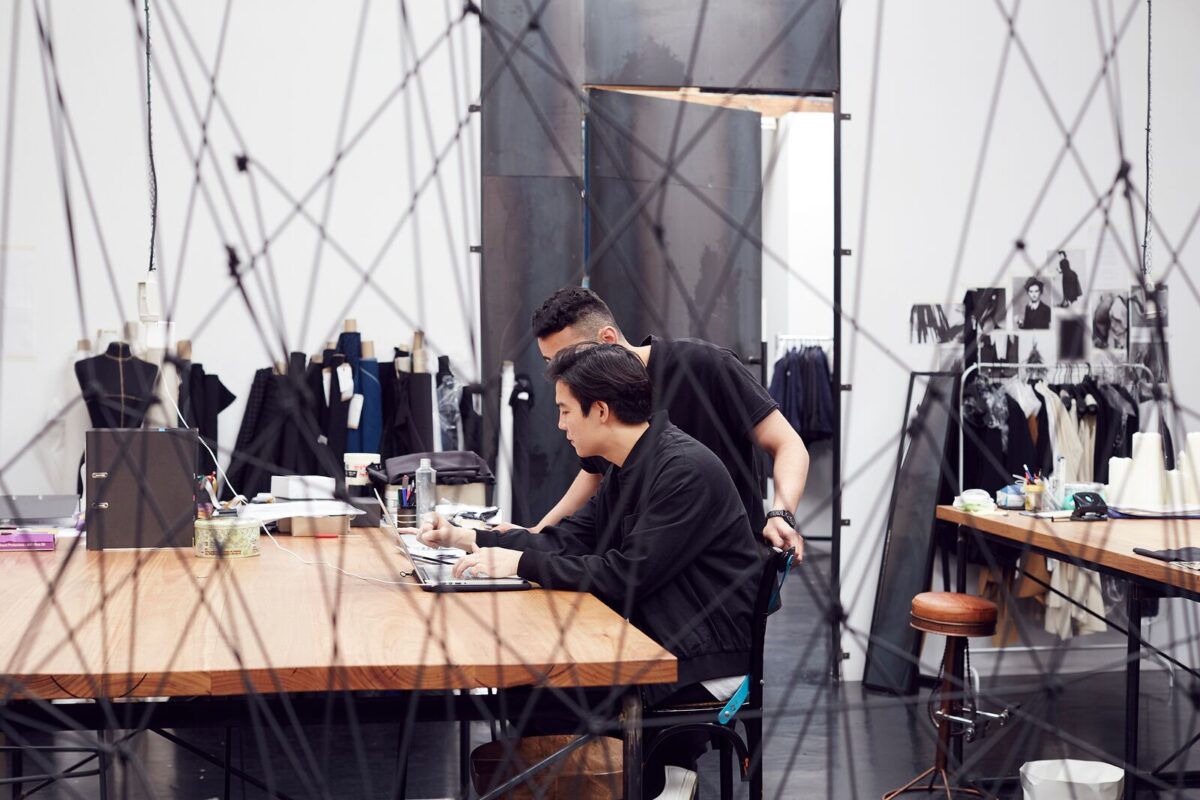 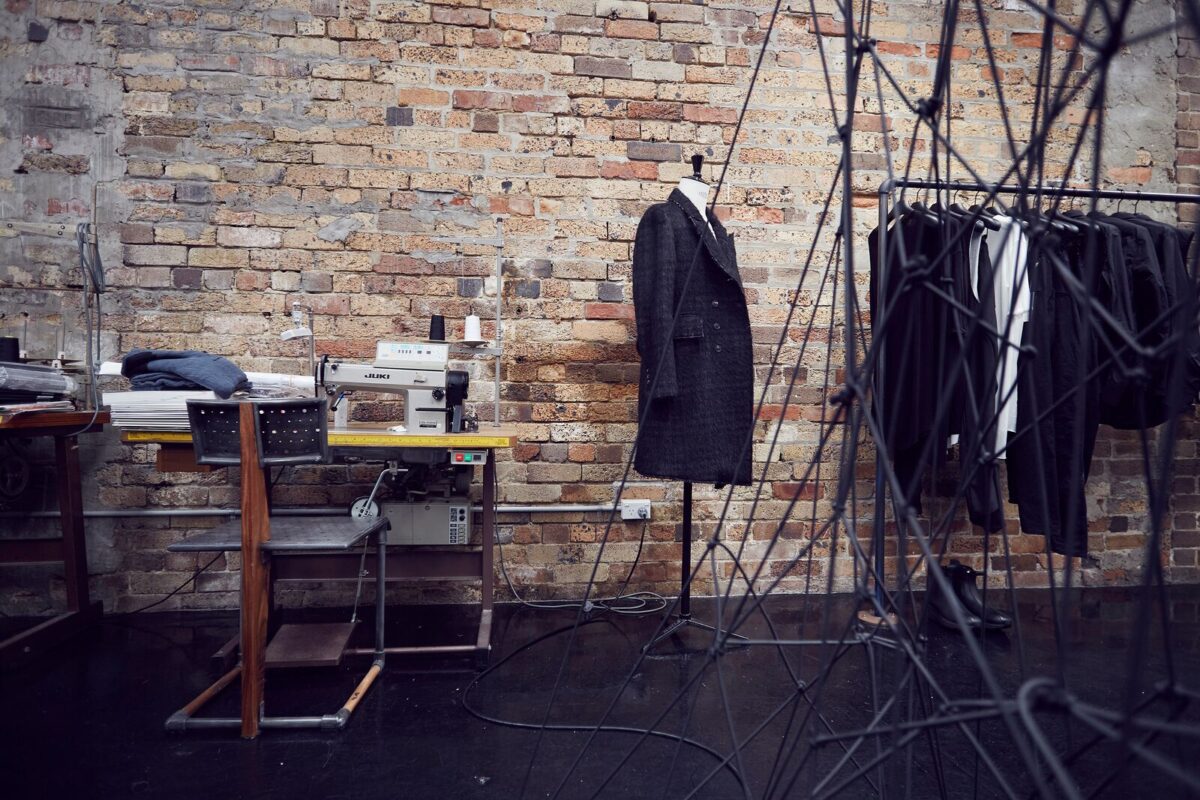 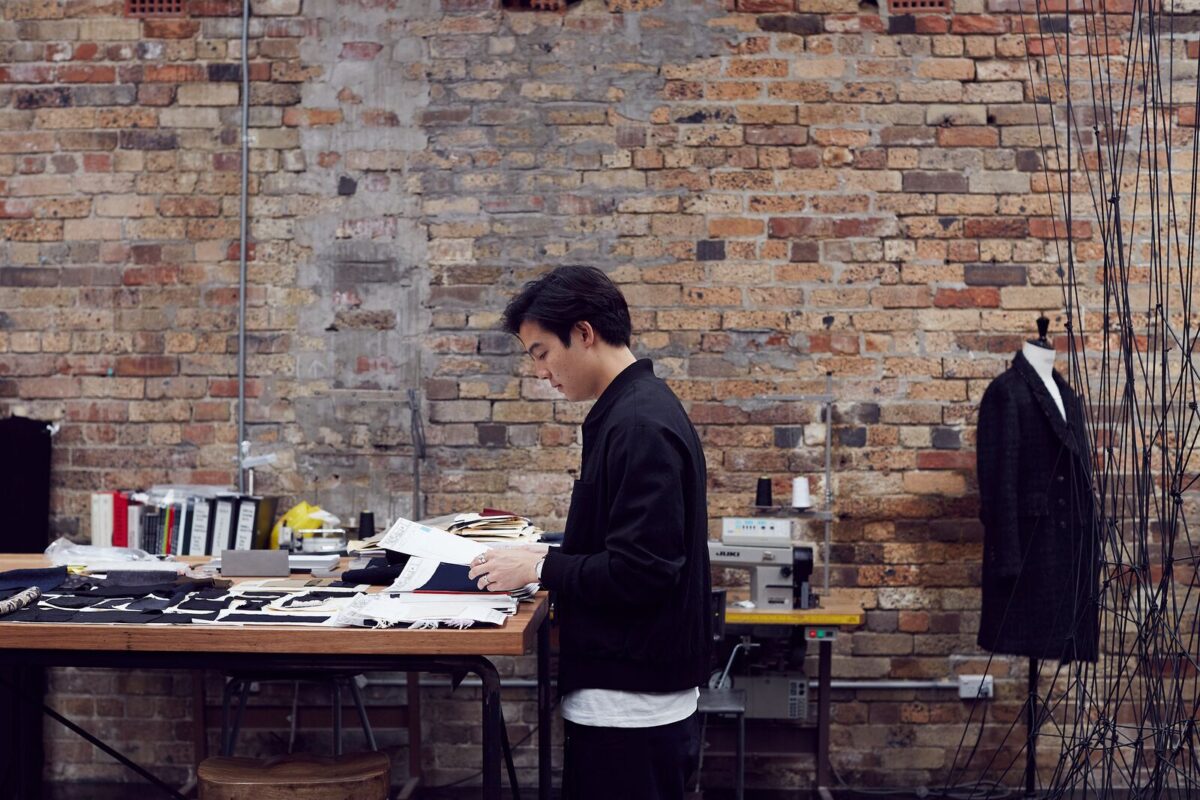 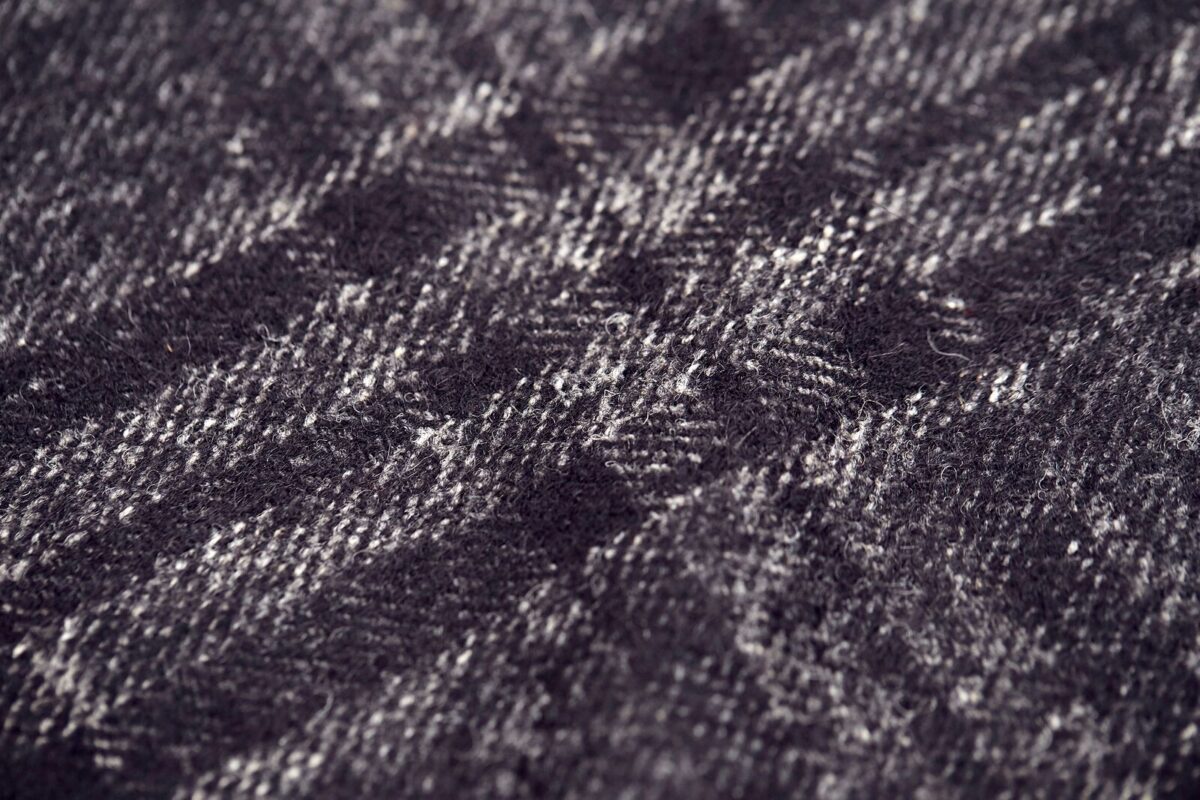