You Can Now Make Purchases Directly From Twitter With ‘Buy Now’

Twitter are making some bold moves in changing up the face of social media.

Rumours are circulating that Twitter will be introducing a new product to increase their 140-character limit, and today they announced multiple partnerships to support ‘Buy Now’, a new sales conversion tool that enables merchants to promote and sell products across the social network’s apps.

Three major eCommerce platforms, Bigcommerce, Shopify and Demandware are partnered with Twitter for ‘Buy Now’ which lets customers discover and purchase products directly from a Tweet with just a few clicks. 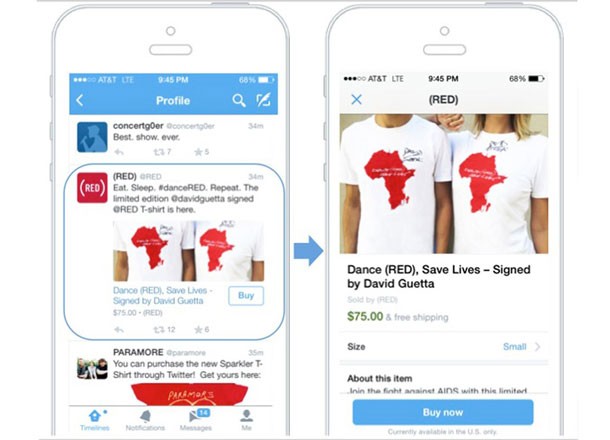 Apparently, 80% of brands either currently advertise on Twitter or plan to in the next 12 months, so joining the social network’s ‘Buy Now’ program is a wise choice when it comes to making profit.

Adidas is one of those advertisers and will be one of the first brands to join ‘Buy Now’ on Twitter, making it even harder for sneakerheads to resist the temptation of a new pair of kicks.