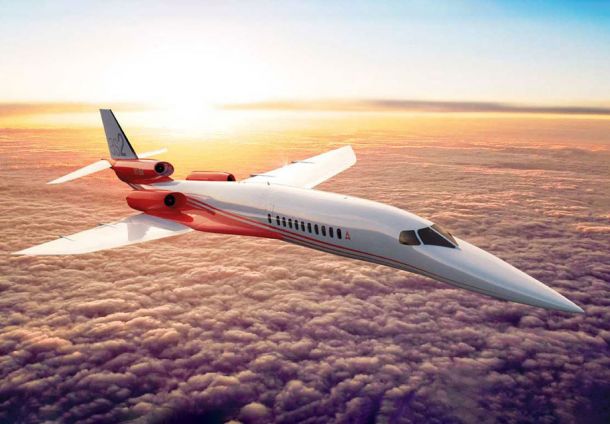 The future of air travel is about to change, big time. The Aerion AS2 is the world’s first supersonic private jet and will cut down a trip from LA to Sydney to less than 10 hours in total.

Backed by NASA, and Airbus the Aerion AS2 is a 3-engine jet with Supersonic Natural Laminar Flow that could fly from San Francisco to Moscow without refueling, at speeds of more than 1,200 mph.

The Concorde, which was the only previous supersonic plane, was criticised for its ‘sonic boom’, causing noise pollution before its retirement in 2003. Aerion, on the other hand, offers a new ‘Boomless Cruise’ and can fly without producing a sonic boom because its shock waves would ‘dissipate before reaching the ground’. It’s even allowed to fly above the speed of sound over water and ‘other areas where beyond supersonic speeds are permitted’.

In fact, the Aerion is such hot property that business jet operator, Flexjet, has already placed an order for 20 of the luxury £80,000,000 aircrafts.

Airbus and Aerion say they hope to choose a US manufacturing site for the jet during the first half of next year. Initial test flights are expected in 2021, before being rolled out to commercial buyers in 2023.