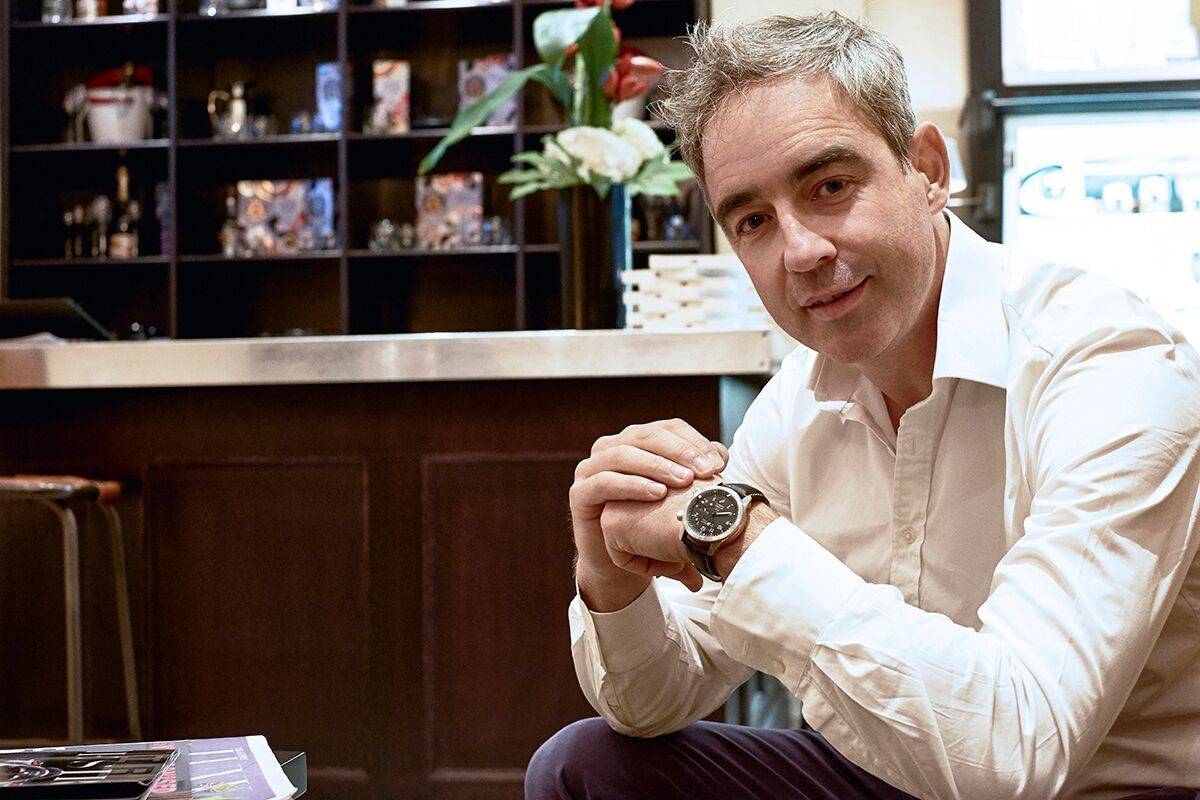 Greatness often stems from a period of great despair. Giles English is a man who knows both extremes well. His father, Euan English, was an ex-RAF pilot who took to life like he did the skies. Taming the blue has always had its risks though.

In 1995 Giles’ brother and father experienced this first hand when their vintage plane plummeted from the sky, taking the life of Euan English and leaving a battered Nick English with thirty broken bones. It was a devastating accident that would change the course of the brothers’ lives.

Twenty years on, the pair now own a small British watch company called Bremont. A company born from the realisation that life is too short not to pursue your passion. A company built from the ground-up to honour their late father.

“You need a lot of cash to start. We thought it’d be a couple of years and five years into it we hadn’t even sold a single watch.”

“2002 doesn’t sound like a long time, but for us it’s been forever,” says Giles English on a brisk U.K morning. The British entrepreneur, engineer and pilot is talking about the conception of Bremont amongst the other heritage Swiss watchmakers.

“You need a lot of cash [to start]. We thought it’d be a couple of years and five years into it we hadn’t even sold a single watch.”

It’s obvious that launching your own luxury watch brand is no walk in the park. But doing so whilst maintaining the astute heritage and build origins of one’s home country is unheard of in the modern world of Swiss-dominated horology. English is fully aware of this and explains that it was simply about satisfying a love for British manufacturing that was inherited from his father.

“We grew up around watches and workshops so it really came from there,” he says.

The core principle of Bremont is seemingly the sole driver that has led to its success over the short years. Celebrity endorsements range from Tom Cruise to Orlando Bloom whilst collaborative partnerships have seen their timepieces grace the Jaguar C-X75 from Spectre through to Boeing jets. According to English, this core principle has worked perfectly for their brand positioning.

“Many small watch companies today tend to design in-house but don’t manufacture components themselves. To me, that wasn’t going to differentiate us as a brand,” says English. “The kick I got out of it was building things ourselves and not outsourcing it.”

“We hung our hats on British watchmaking. We’re a British company and it differentiates us from all the Swiss companies.”

“It was a hard time. There was no guarantee of anything.”

This pride from internal manufacturing also allows Bremont to build components to exacting design specifications. As a result, their timepieces feature uniquely crafted cases which are seven to eight times harder than the average steel watch.

The trials of starting your own watch brand doesn’t just end at an initial investment though. Once the manufacturing principles are sorted, it’s onto building an entire strategy to start moving the product. Bremont didn’t want to be just an online seller from the get-go, so they took on the challenge of doing their own displays and marketing materials.

This is no easy feat considering Giles studied engineering and Nick took on a geography course back at University. But nothing was ever impossible for the English brothers. To take Bremont to the next level so to speak, they focused on building their brand as well as a sound engineering business.

“We knew it was going to take quite a long time so we took five years to design and two years to manufacture in Switzerland before we brought the watch over to the U.K,” says English. To see out this goal, the pair even gave up their day jobs once they had raised enough capital to start the company. English admits that this was one of the scarier moments of his career.

“We originally thought it’d take two to three years. After about three years you start mortgaging the house and the wife is saying ‘You’re mad – you’re going to bankrupt the lot of us!’ It was a hard time. There was no guarantee of anything.”

Taking risks and overcoming adversity appears to be a mainstay in the English blood line. Growing up as a school boy, English was dyslexic and often struggled with his studies. Where he did excel however was in maths and engineering. What he lacked in IQ points he quickly made up for in a real passion for building things with his father in the family’s workshop.

“Factor of failure is what drives you to work hard.”

“Dad built a 40-foot sailing boat on our front lawn. Mum was slightly horrified,” laughs English. “He finished it and said, ‘We’re going to live on it for six months’. It was a wonderful upbringing.”

It’s easy to see where English inherited his creativeg intuition from. The entrepreneurial young man recalls taking any chance he could find to sell something to his schoolmates back in the day. “I probably got that off dad,” he says. If it wasn’t that, it was certainly his first job where he was responsible for opening and closing the locks along the big rivers of his home town.

“You have these big gates you open to let water through. I realised very quickly [that] if you open these for boats as they were coming by, they’d pay you quite handsomely.”

Based on the global success and stable growth of Bremont as a small yet influential watchmaker in the world market, English has a few words of advice to those looking to do something similar: fearing failure is absolutely normal. English says that even today he still fears it because of his desire to have it work all the time.

“I think what we’ve learnt in business is your total skill is part of it and luck the rest of it. So much business comes from sheer hard work and perseverance. If you love what you’re doing, it really helps. Factor of failure is what drives you to work hard.”

“It always costs more and takes longer than you ever planned. You have to prepare for that if you’re going to do business.”

“It always costs more and takes longer than you ever planned. You have to prepare for that if you’re going to do business,” says English.

So with the path seemingly paved for Bremont and the English brothers to forge ahead with fine British watchmaking of the highest calibre, where does the company see itself in the next decade? Definitely not in smartwatch territory, according to Giles.

“Building smart tech into a strap and integrating it that way, that can happen. Building it is a different thing. Unless you’re investing in the actual tech itself, you won’t be able to compete. It’s a dangerous place to put yourself into.”

For now the company is happy not being a big corporate beast. Their desire isn’t to make millions of watches and their immediate focus in the near future will be purely about procuring more engineering and design jobs in the U.K.

And if LVMH come knocking on their door with a fat briefcase?

“No thank you,” laughs English. “You take that money and go away. If they bought us they’d want to close manufacturing down [and] centralise it – which we don’t want to do.”

English says that seeing his watches for sale in a shop for the first time will always be his greatest achievement to date. “All those years of hard work…It’s amazing.”

Photographed exclusively for D’Marge by Phillip Papadis – No reproduction without written permission. 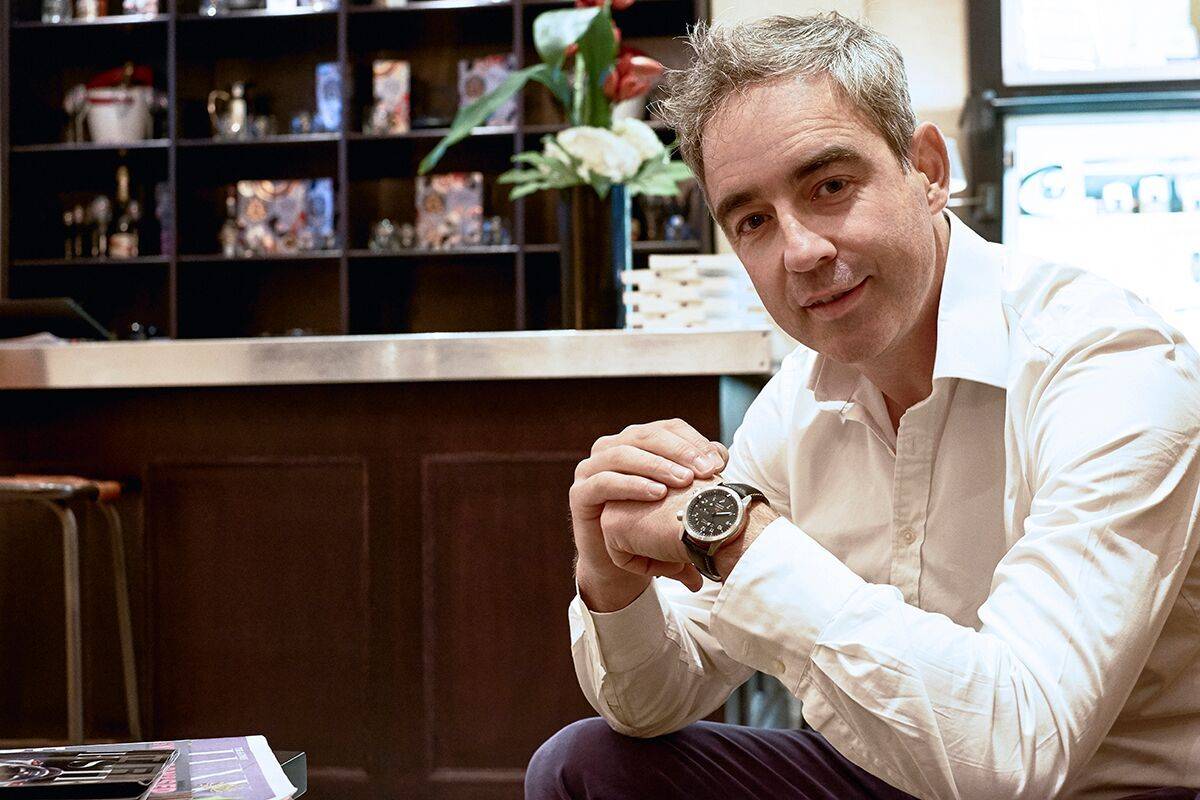 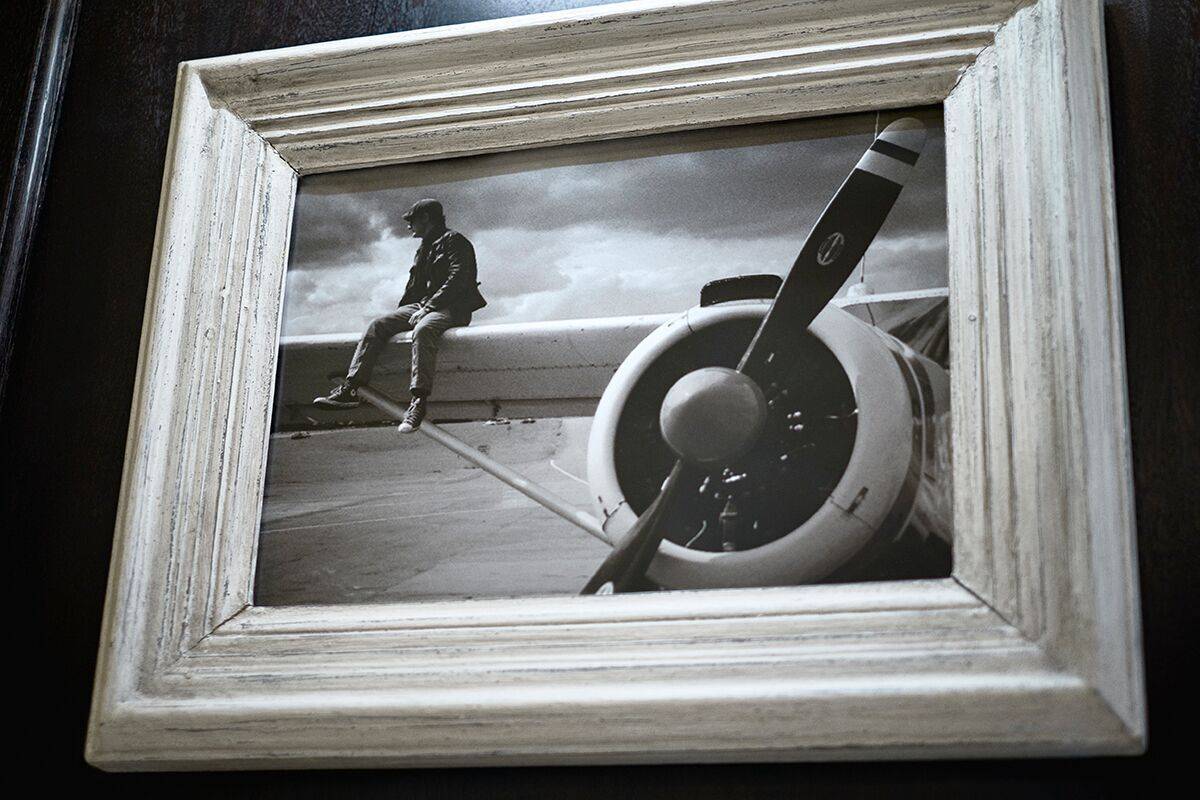 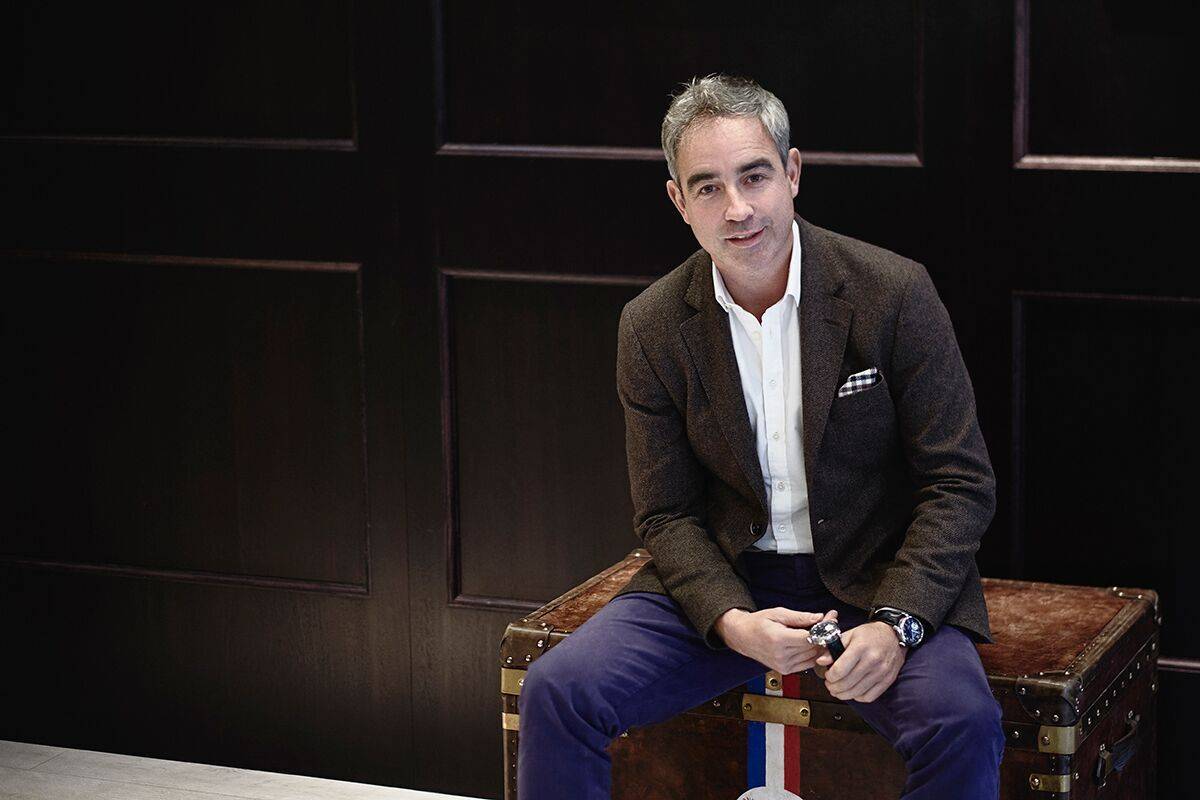 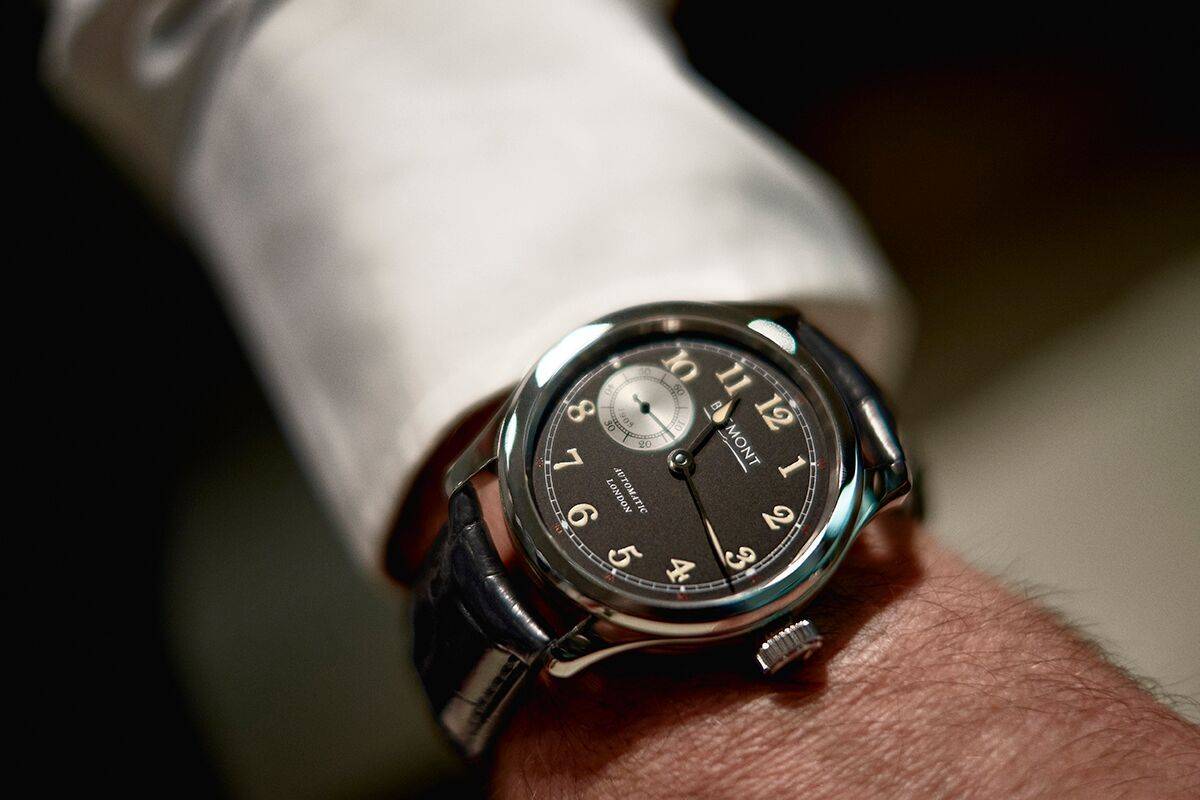 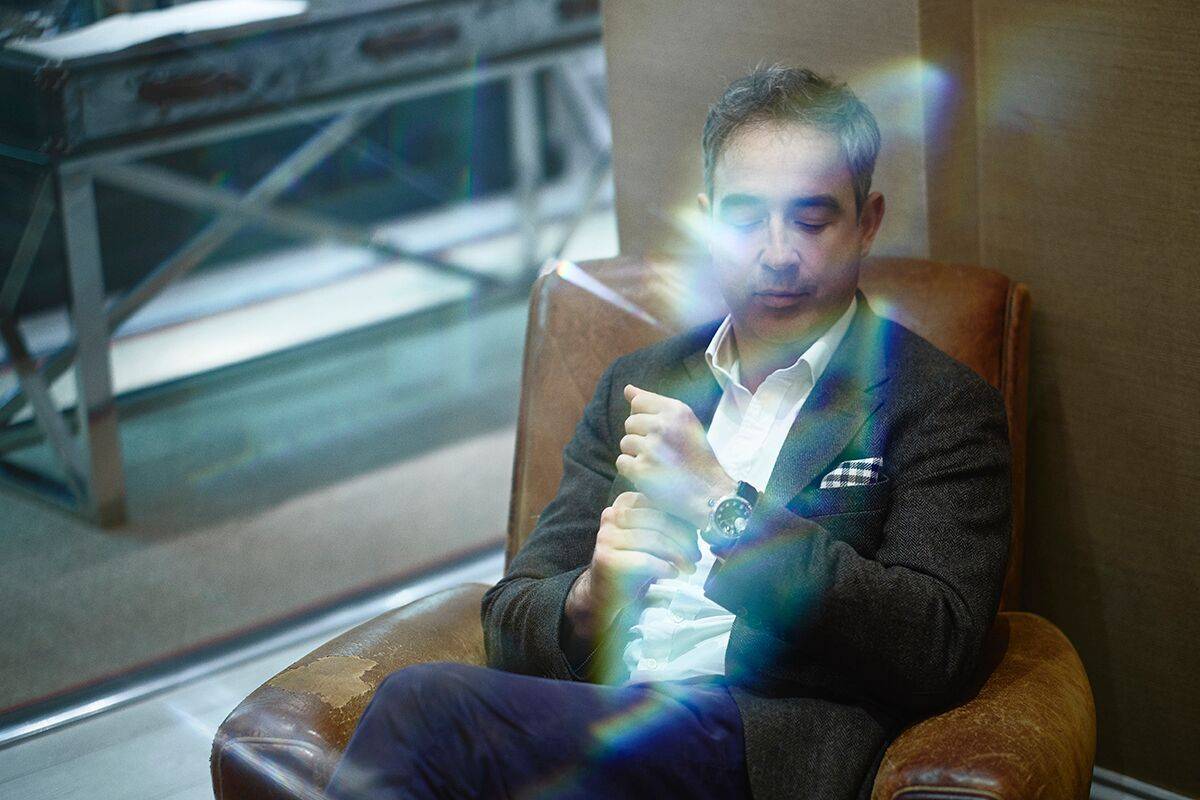 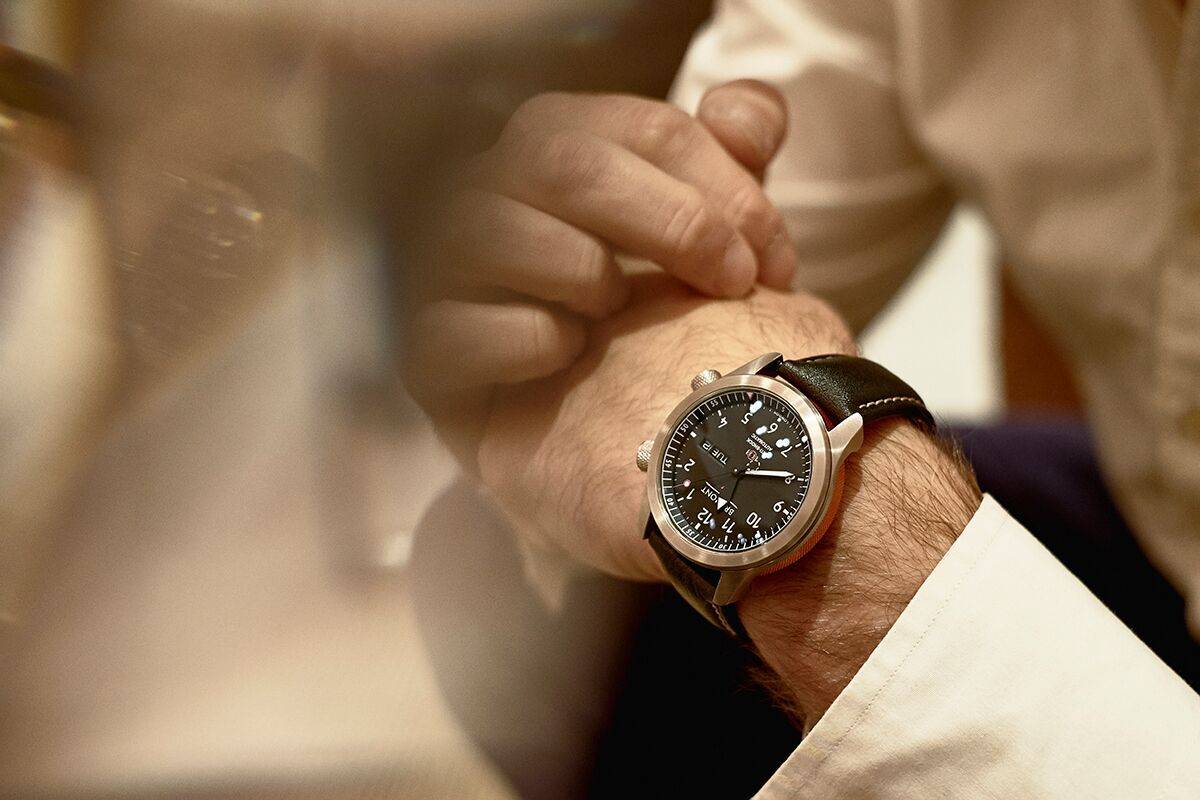 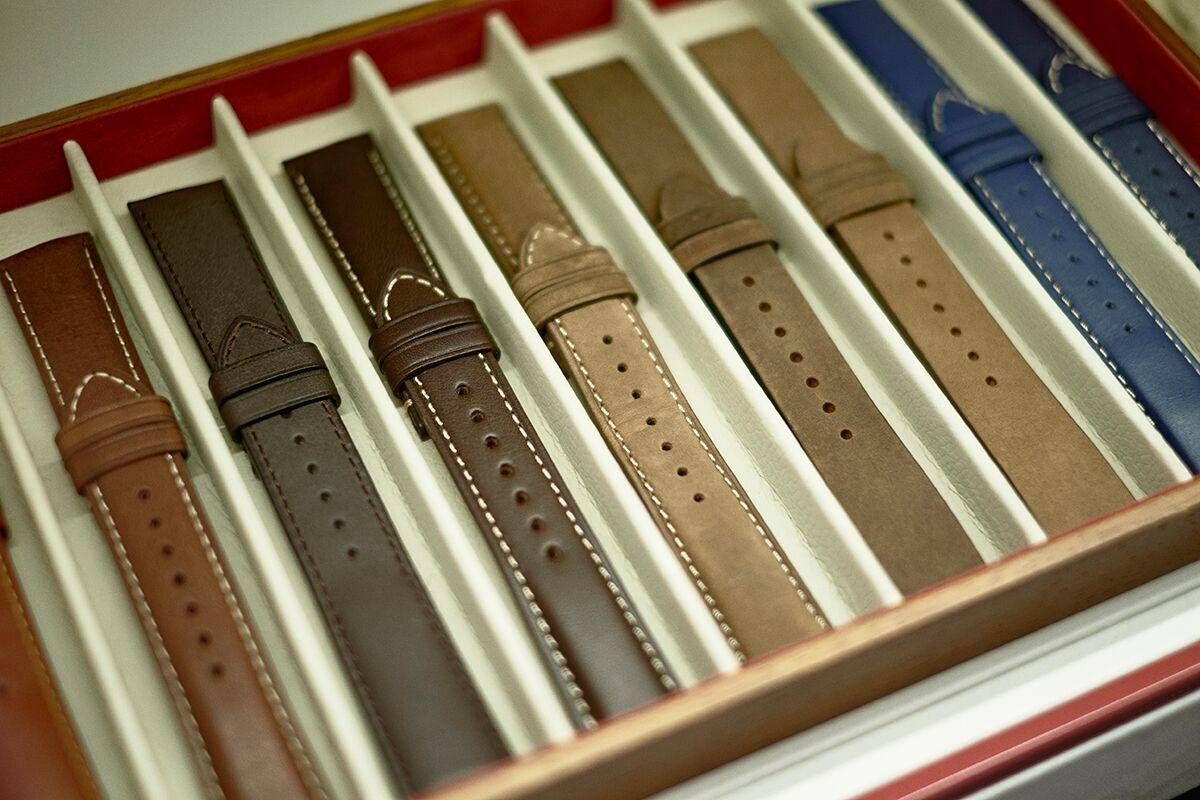 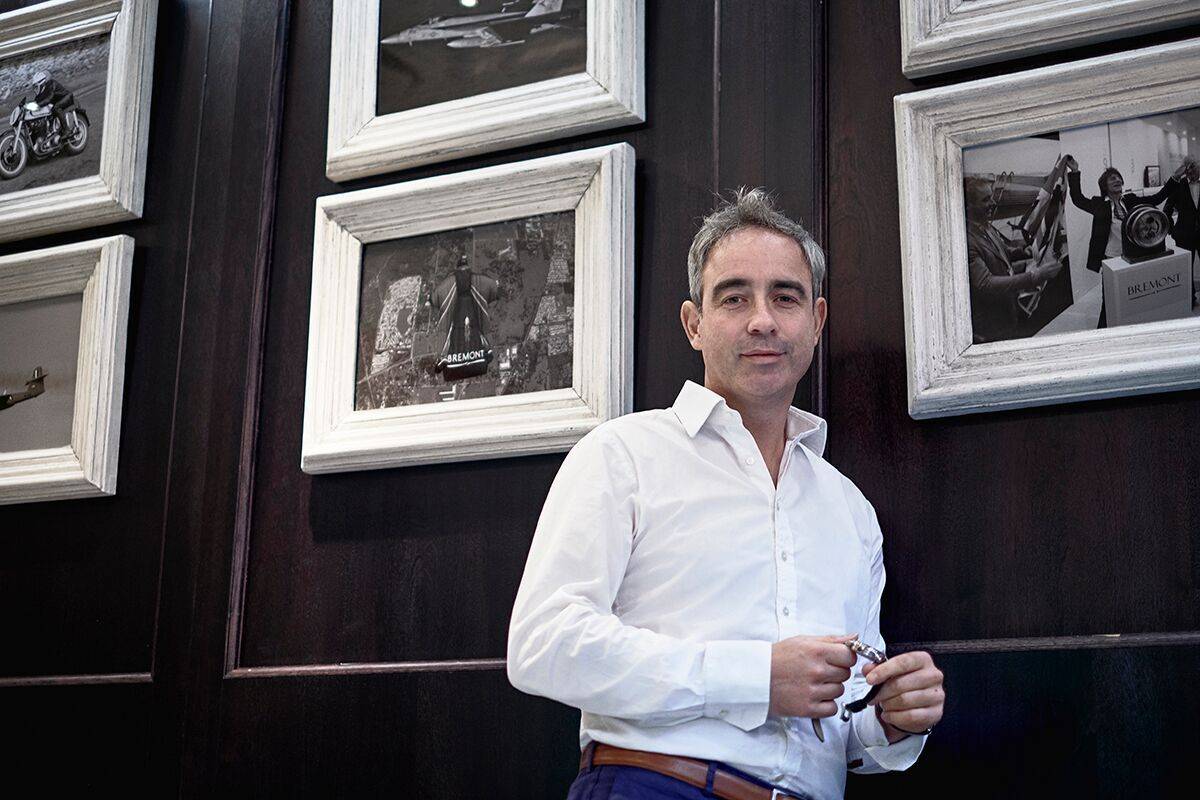 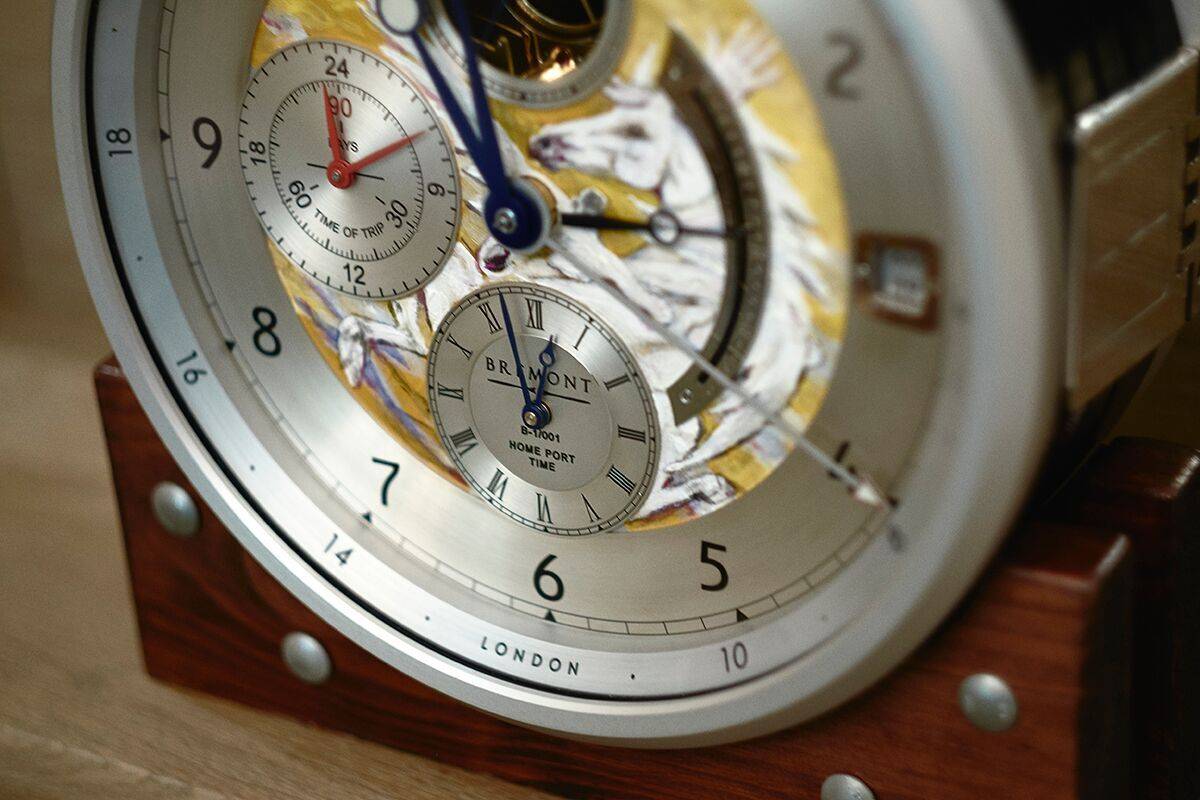