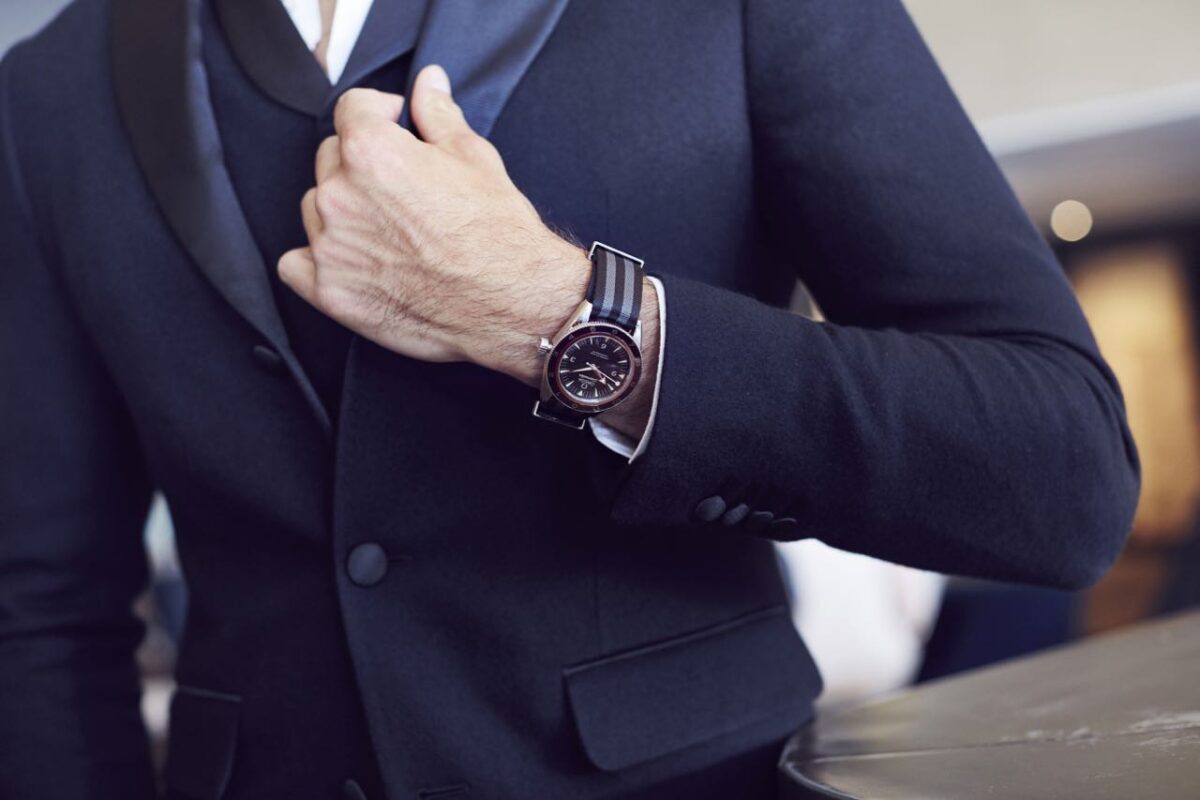 The following article has been sponsored by OMEGA

With that exchange, and a quip about his punctuality problems, James Bond receives his newest Omega watch from Q in ‘Spectre’. Omega has been the watch of choice for 007 since 1995, when Pierce Brosnan strapped on a Seamaster in ‘GoldenEye’. To an entire generation of fans, Omega isn’t just a watch – it’s the James Bond watch.

Britain’s beloved secret agent is famous for many reasons, not least of which is his weakness for beautiful things. His clothes, his cars, his women and his watches are of a calibre most men only dream of, and dream they do. Show us a man who doesn’t want to steal Bond’s style and we’ll show you a brazen liar.

Now, for the first time ever, you can actually shop like the super spy. James Bond’s Omega watch worn in ‘Spectre’ has been released as a limited edition model: the Omega Seamaster 300 ‘Spectre’. You may not blast bad guys for your 9 to 5, but that doesn’t mean you can’t dress like it.

When you’re an international man of mystery, off the rack won’t do. Bond is dressed to the nines no matter how life-threatening the mission. His clothes are as much a part of his persona as his Aston Martin and his martinis. Every sartorial stop must be pulled out.

Bond is a bespoke man through and through. If you’re going to risk your life for queen and country, you ought to look your best while doing it. Tom Ford designs 007’s suits. Sunspel creates custom shirts. Aston Martin built the ‘Spectre’ DB10 from scratch. And as for the watch, Omega devised not one but two limited edition timepieces for ‘Spectre’.

Renowned for its strong naval history and classic style, the Seamaster fits perfectly with Bond’s lifestyle and aesthetic. Omega and 007 have proved to be such a perfect pairing that even diehard fans are apt to forget that the book Bond is a Rolex man.

RELATED: ‘Spectre’ Gets The Luxury Treatment With The Omega Seamaster 300

The Spy Who Loved Omega

James Bond isn’t known for commitment. He changes lovers more often than some men change their socks. Yet somehow, he has managed to do for watches what he has never done for a woman: settle down. Bond began his horological monogamy with Omega in 1995 and the relationship is still going strong.

It began two decades ago with costume designer Lindy Hemming. Hemming was tasked with refreshing Bond’s image as the films entered the ’90s. Watch-wise, the secret agent had sampled Rolex, TAG Heuer, Breitling and even several digital Seiko models. Then came Pierce Brosnan, ‘Goldeneye’ and the Omega Seamaster 300M.

Brosnan’s Bond favoured a distinctive blue-dialed Seamaster with a blue rotating bezel and steel bracelet. When Daniel Craig stepped into the role for ‘Casino Royale’, he reinvigorated not only the franchise but also Bond’s taste in timepieces. Craig’s Bond sported models from the Seamaster Planet Ocean collection in his first three films. For his fourth, he needed something special.

Omega broke out the big guns for ‘Spectre’. The Seamaster 300 featured in the film is an updated interpretation of the dive classic launched by Omega in 1957. Like Bond himself, the watch shows a flair for fashion, an adventurous spirit, and the right mix of rugged and refined. It’s a match made in Hollywood heaven.

James Bond and Omega have come a long way since they began their 20-year relationship. Not only have Omega watches been name-checked by 007 himself (see: ‘Casino Royale’), they have become part of the plotline in ‘Spectre’ (no spoilers). It’s almost surprising it took this long for one of Bond’s watches to be available to the public, but it was worth the wait.

The Seamaster 300 ‘Spectre’ Special Edition marks the first time an Omega Bond watch is released for retail at the same time as the debut of the movie. Unlike commemorative timepieces released for earlier 007 flicks, this watch is identical to the one worn on Daniel Craig‘s wrist. It’s all Bond, inside and out – an iconic timepiece updated with a new edge of innovation and attitude.

It begins with a robust 41mm steel case and a sleek black and grey NATO strap. Inside, the watch is powered by the revolutionary Omega Master Co-Axial Calibre 8400 movement. A striking black dial, a rare “lollipop” central seconds hand and recessed triangular hour markers make an impression on the front. Turn it over and you’ll see a ‘Spectre’ engraving and the watch’s limited edition number.

Despite its retro design, the ‘Spectre’ special edition sports modern features befitting Bond’s unique lifestyle. The usual elapsed time bezel is swapped for one that can track a second timezone, a must when you’re a globetrotting super spy. The watch is also resistant to magnetic fields up to 15,000 gauss and water resistant up to 300 metres.

After 20 years together, the Seamaster 300 ‘Spectre’ is a welcome addition to the Bond-Omega family. As the secret agent’s stories have evolved, so too have his watches. This is the ultimate opportunity to swipe some of his iconic style. The limited edition Omega Seamaster 300 is available in a numbered series of 7,007 pieces at select Omega boutiques and retailers around the world.

Special thanks to Trivett Aston Martin for the use of their vehicle and Pier One Sydney for the location in this shoot. 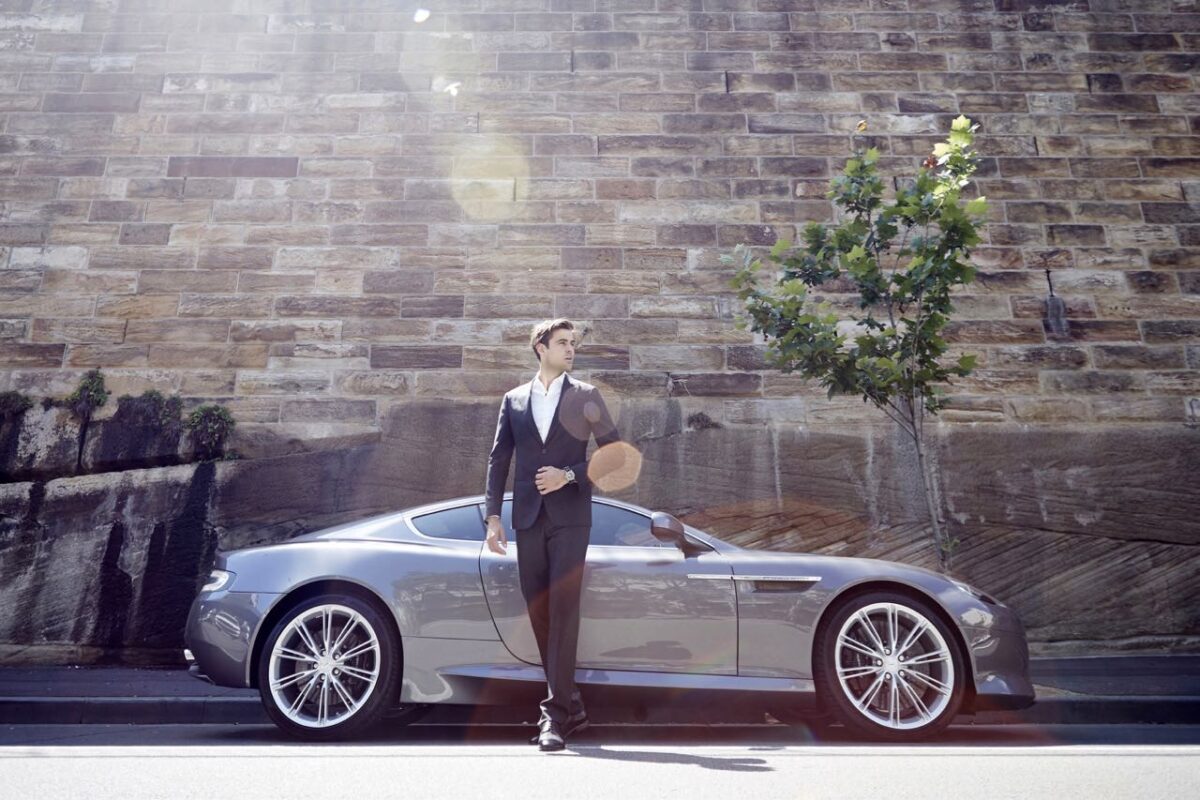 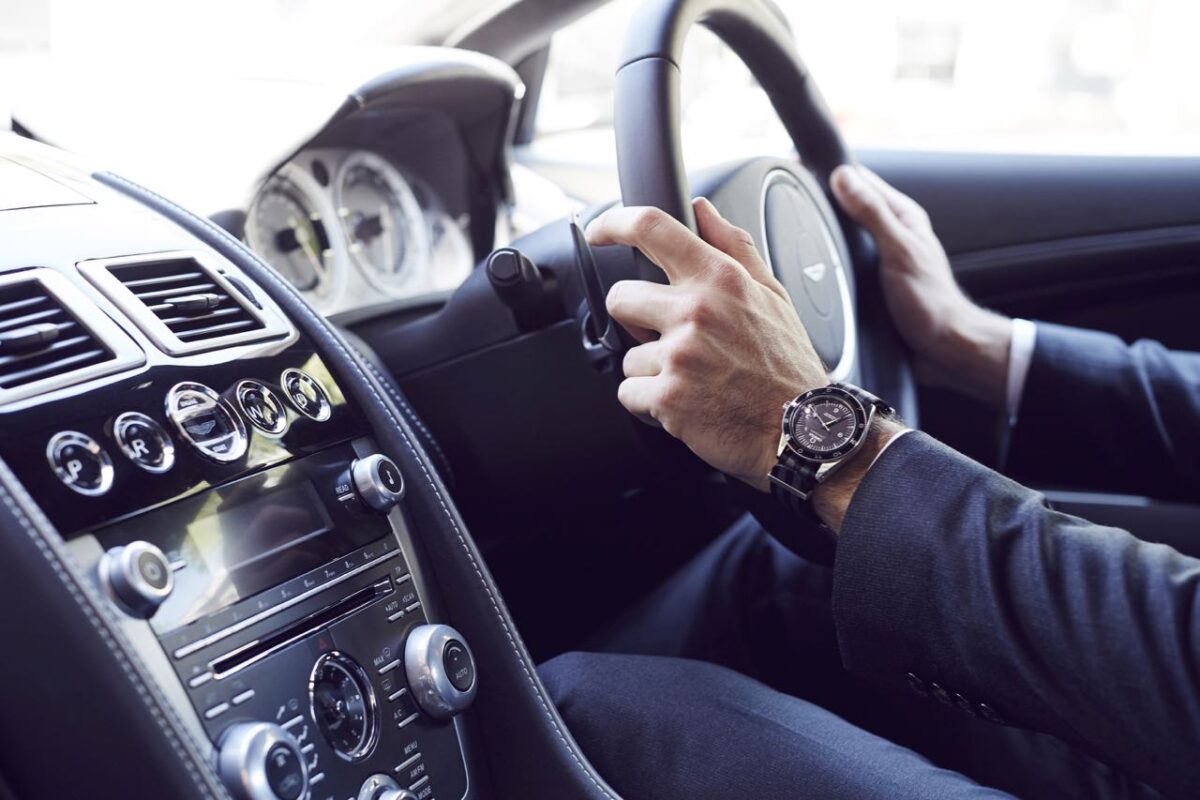 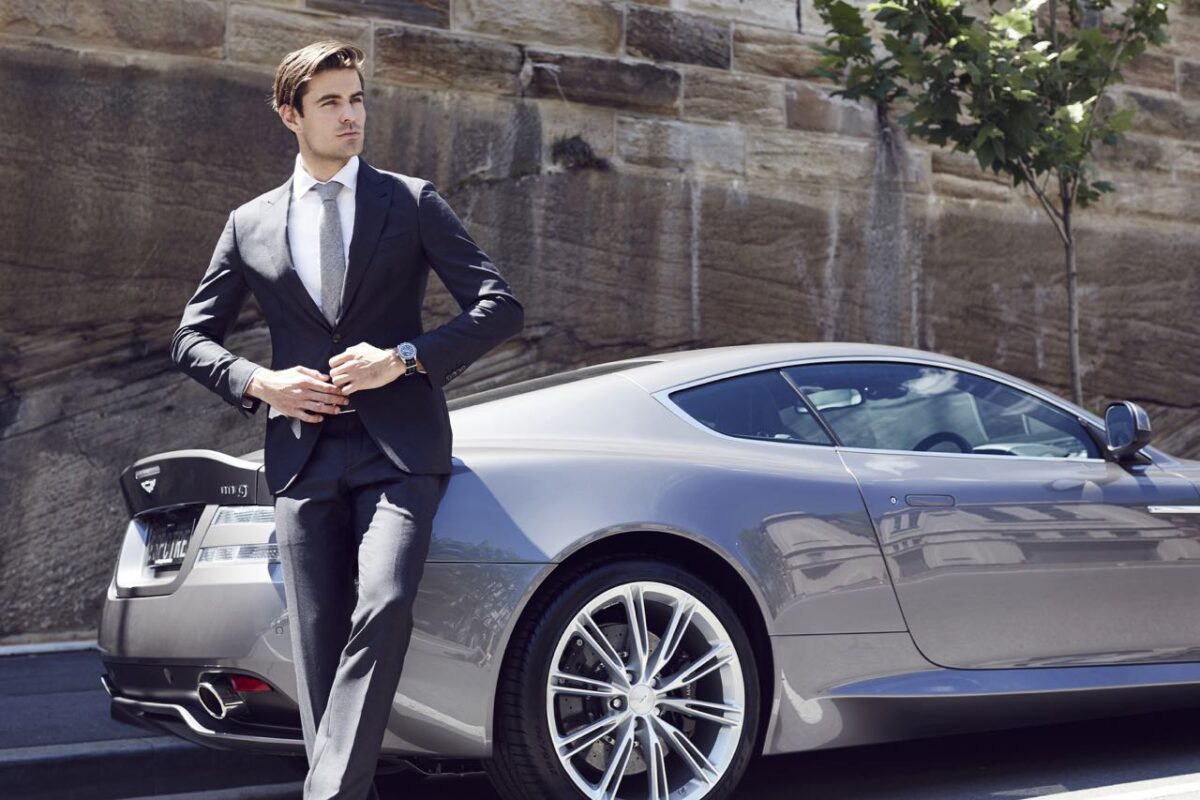 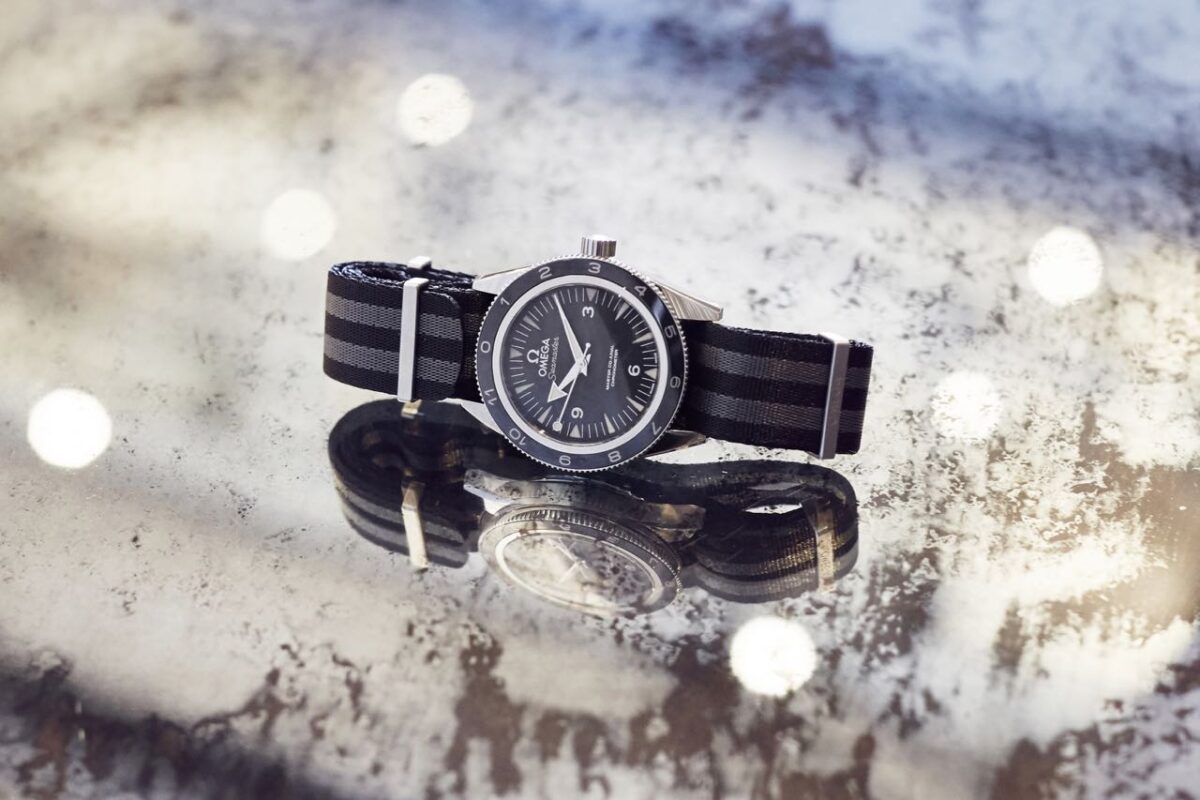 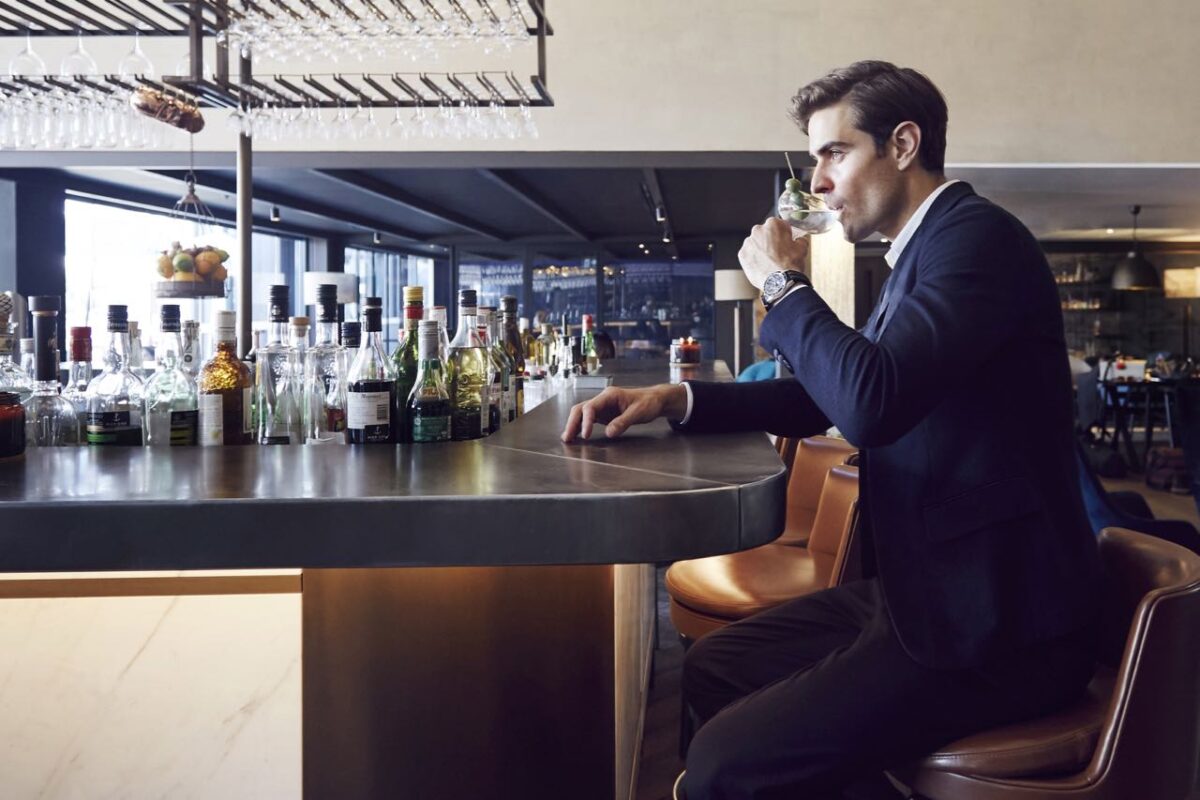 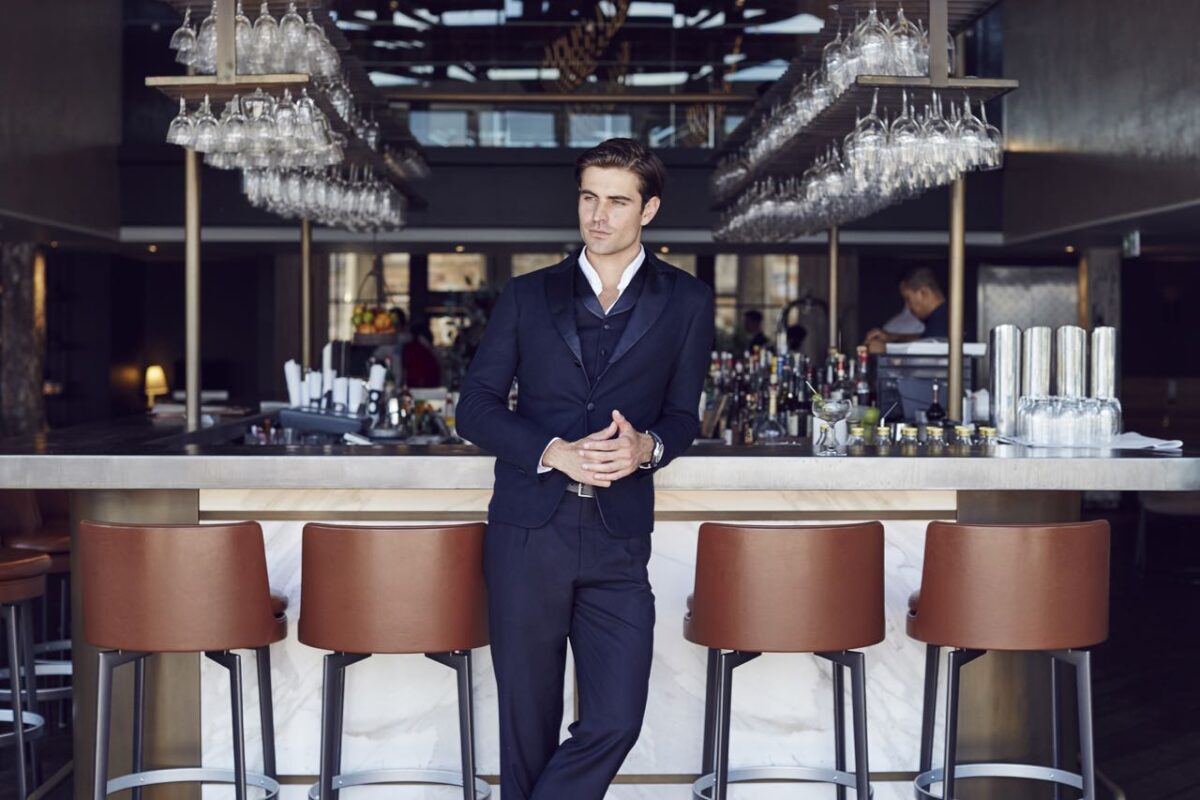 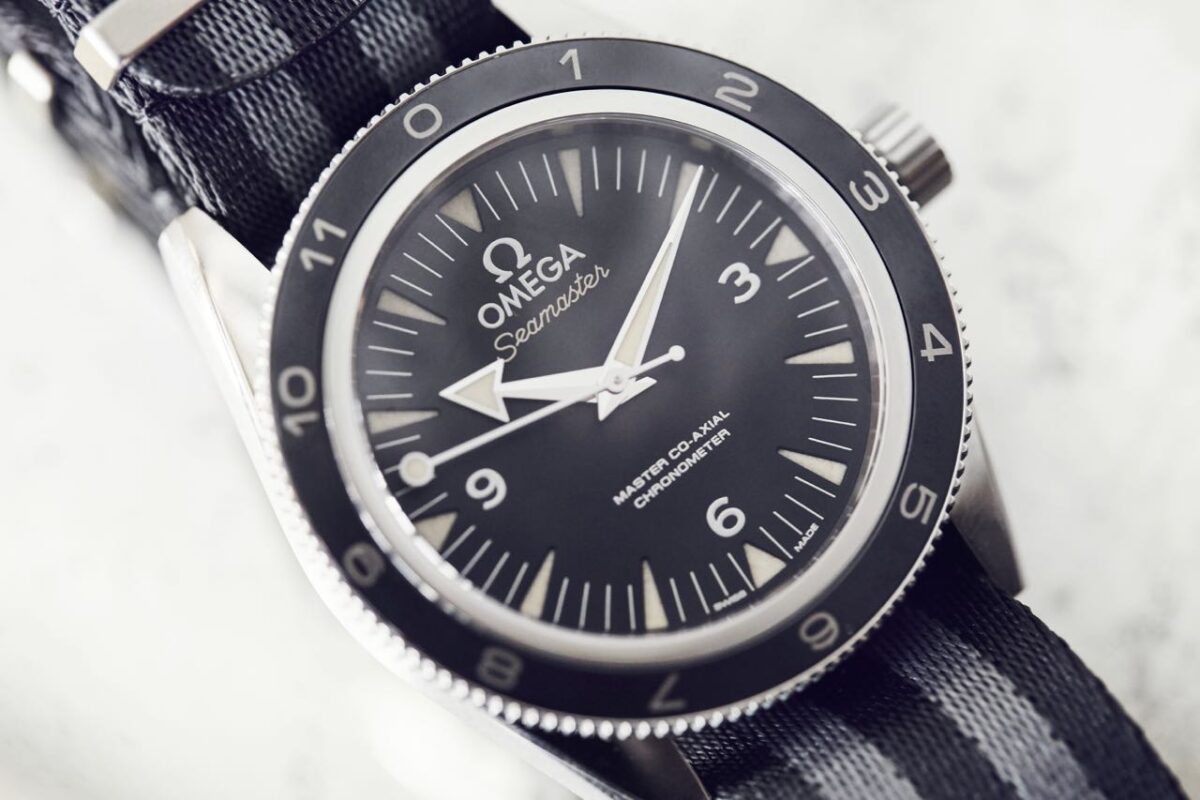 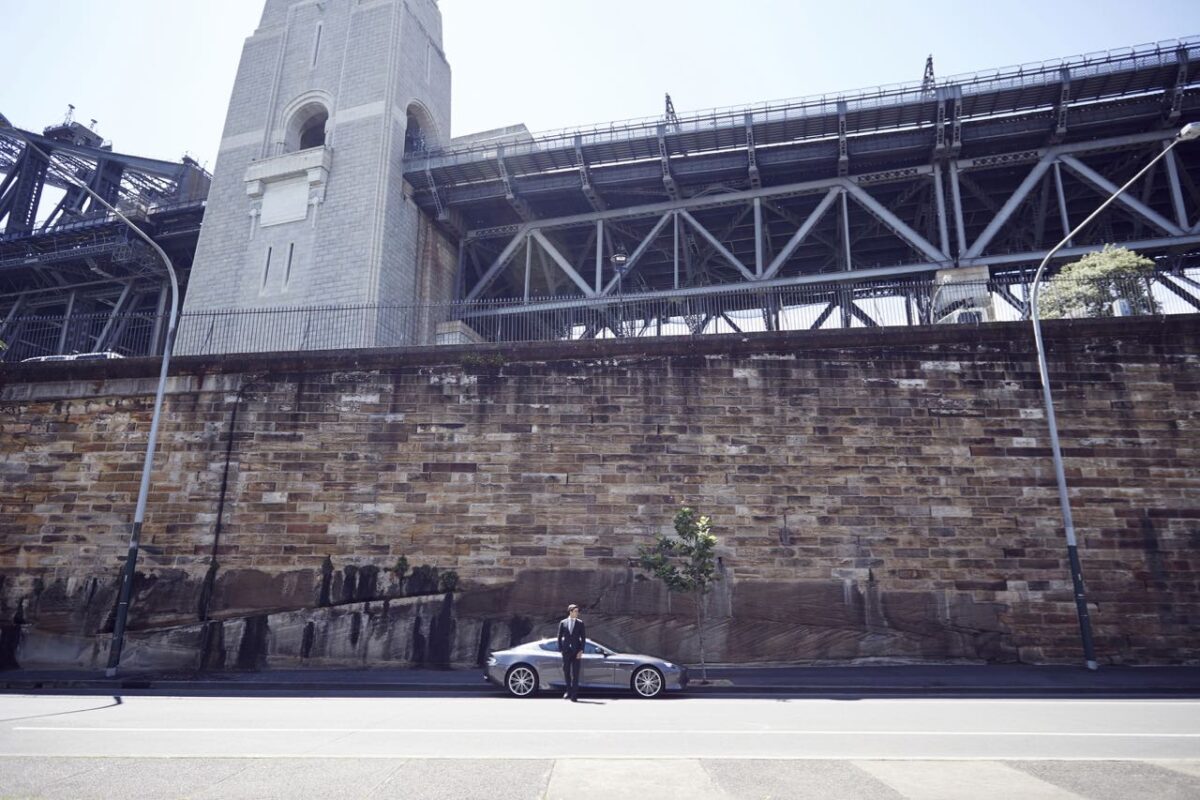