‘Shiki’ Is A Space-Travelling Bonsai Tree 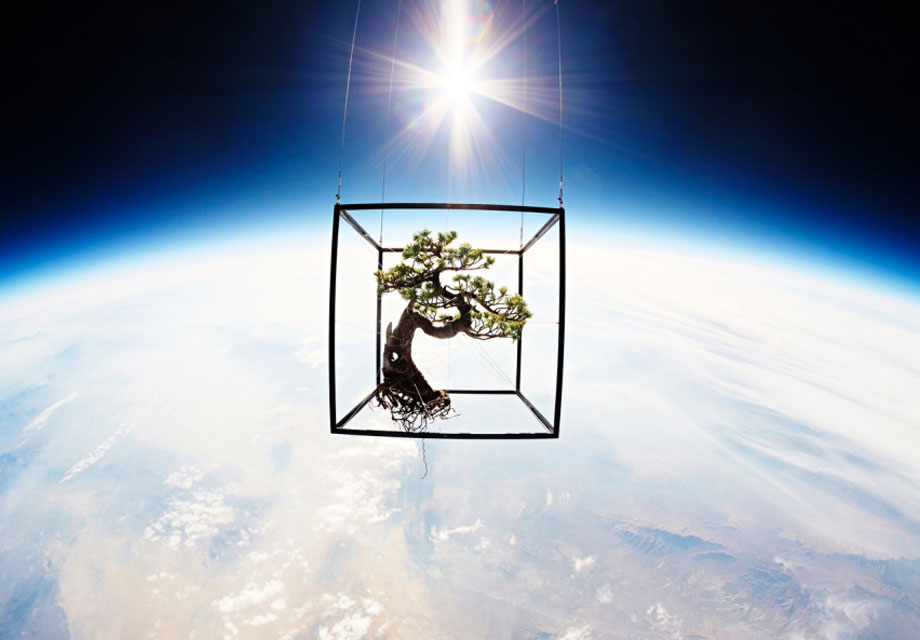 You know you need to get out more when a pine tree is more intrepid than you. Bonsai tree ‘Shiki’, the work of Japanese floral sculptor Azuma Makoto, has been travelling the world since 2005. From the U.S., Europe, Asia, South America and now, outerspace, Makoto wanted to explore what it would look like to see a Bonsai tree in extreme environments where it could never survive.

The three-foot, 50-year-old pine, suspended within a steel frame that measures 5 feet on each side, was launched into the stratosphere last year, requiring a 10 person crew and the help of Californian company JP Aerospace. Shiki was launched from Nevada’s Black Rock Desert (also home to Burning Man), along with six GoPros, still cameras for time-lapse, and two GPS trackers.

A helium balloon carried the tree to an altitude of 98,000 feet where the air temperature was a cool -58 degrees Fahrenheit, for a flight that last 100 minutes and made for some stunning photos. Check out the well-travelled tree flight for yourself below. 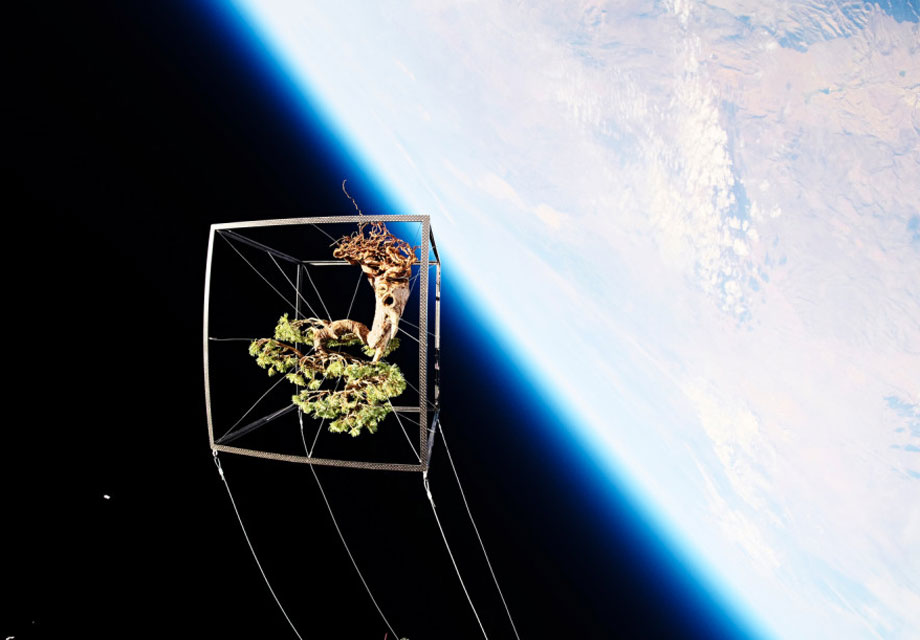 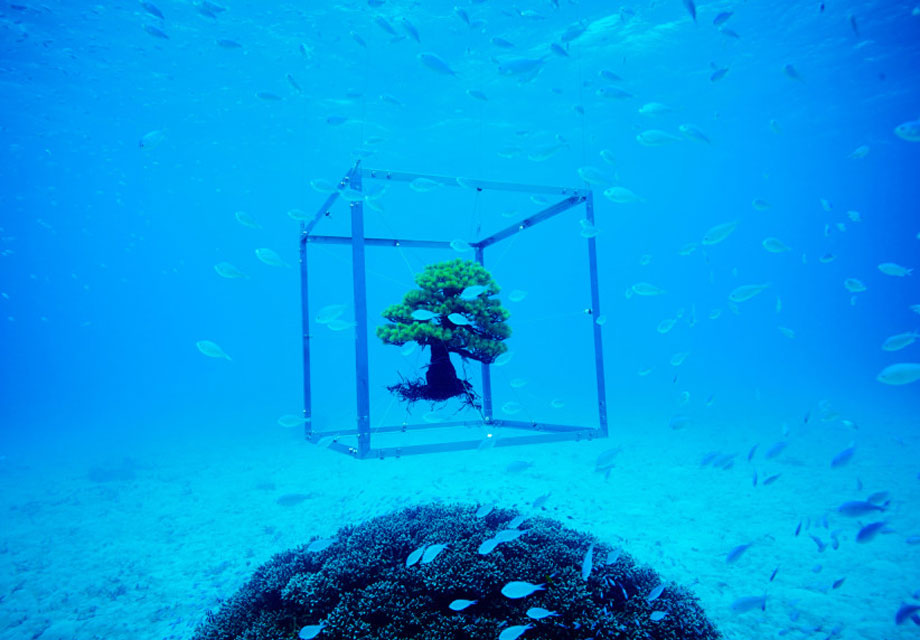 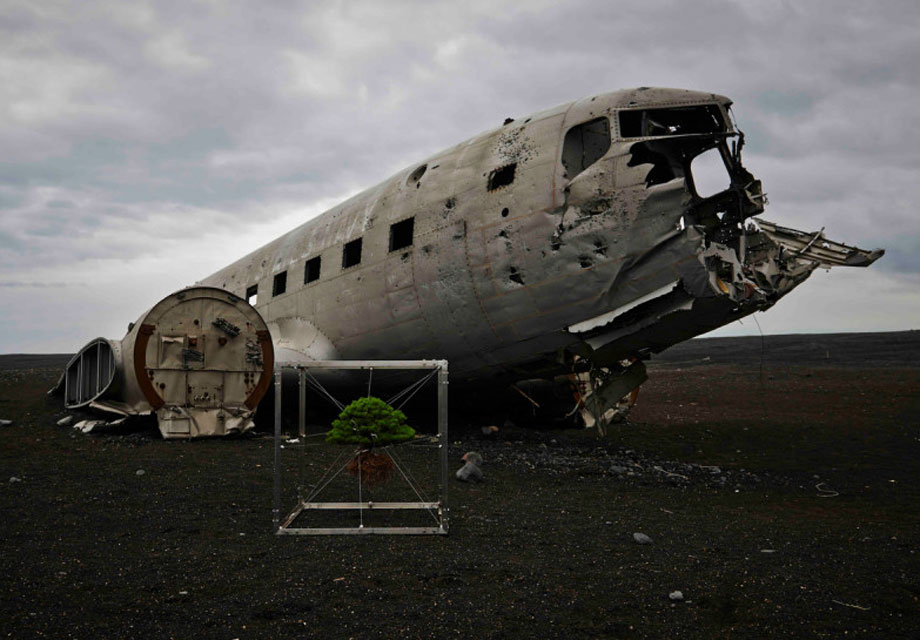 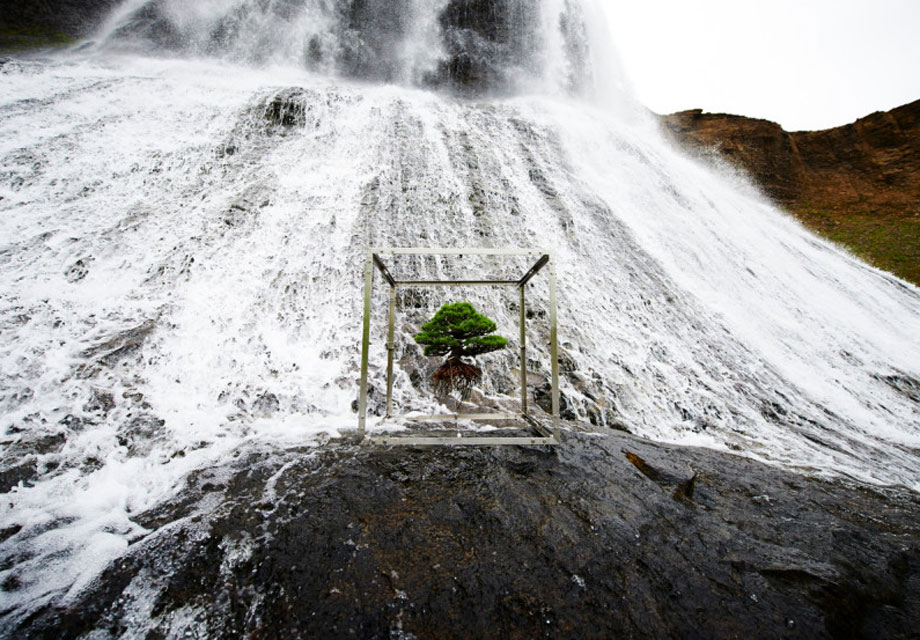 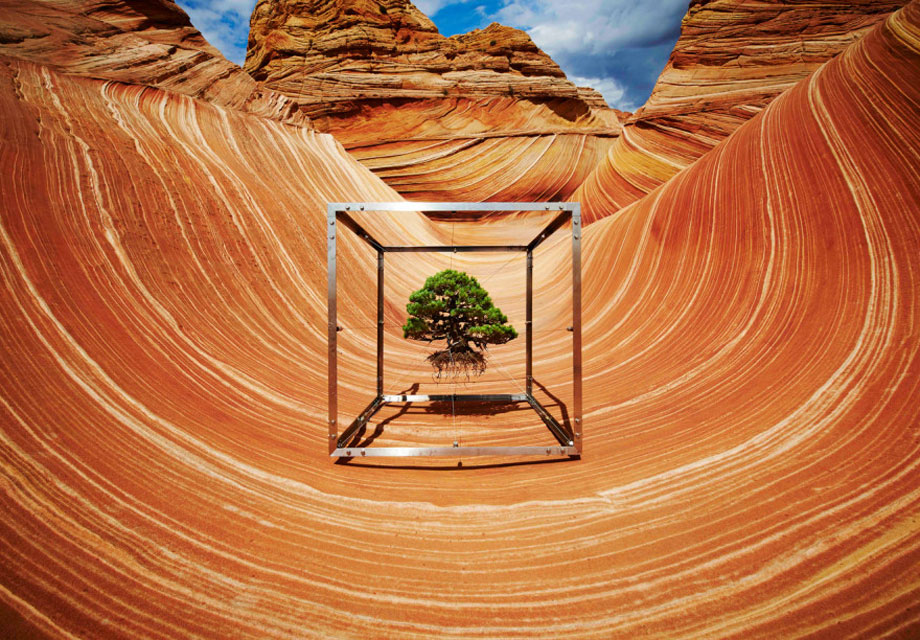 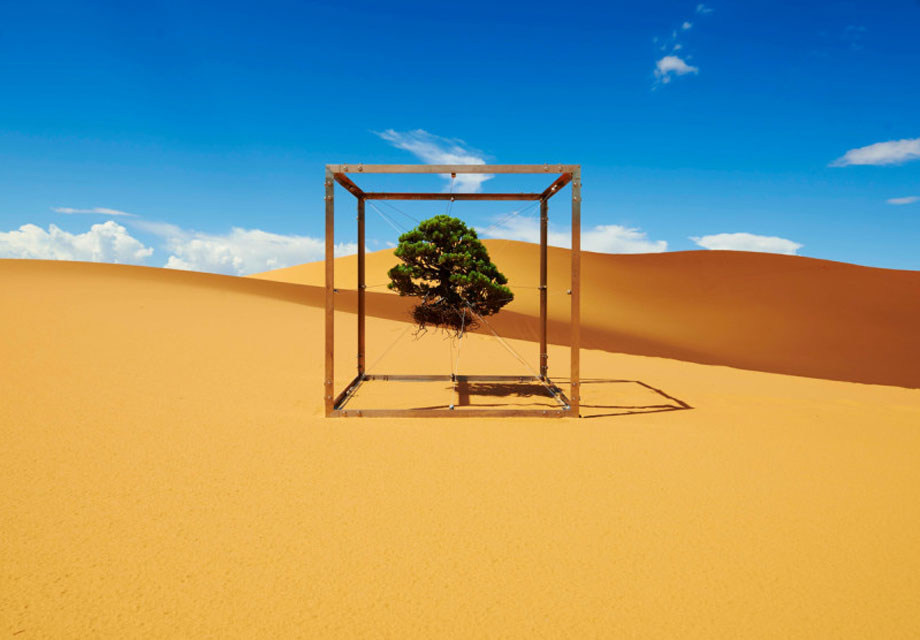 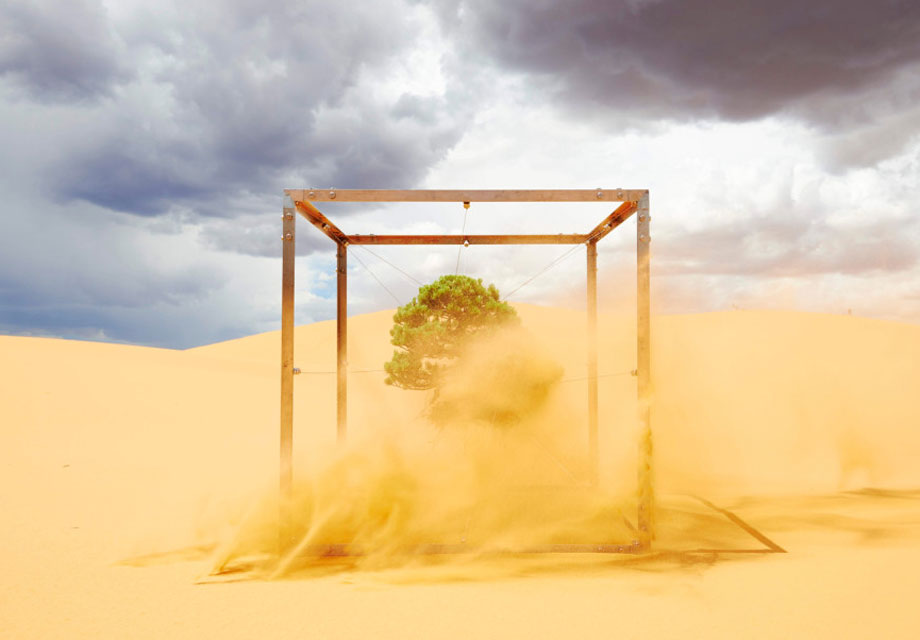 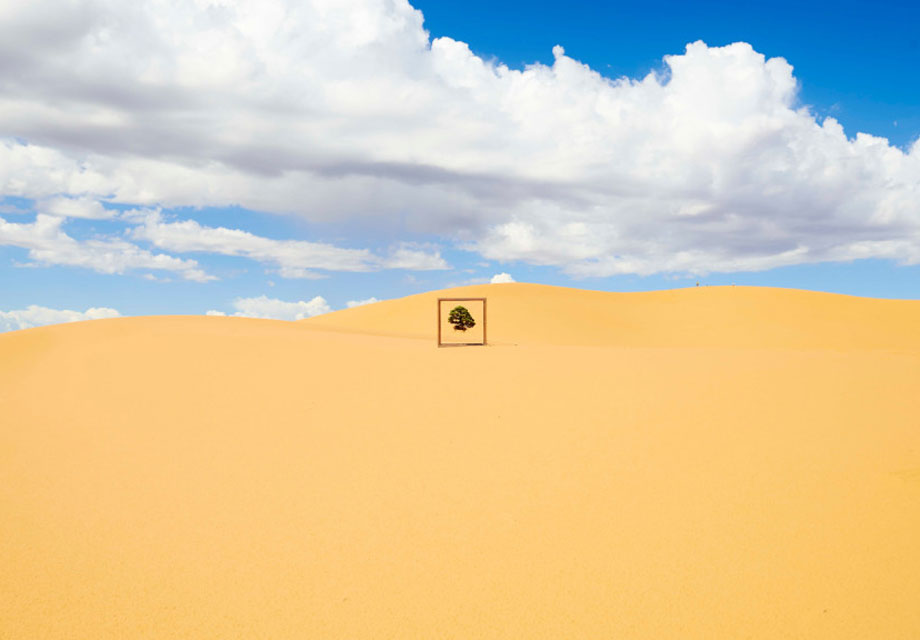 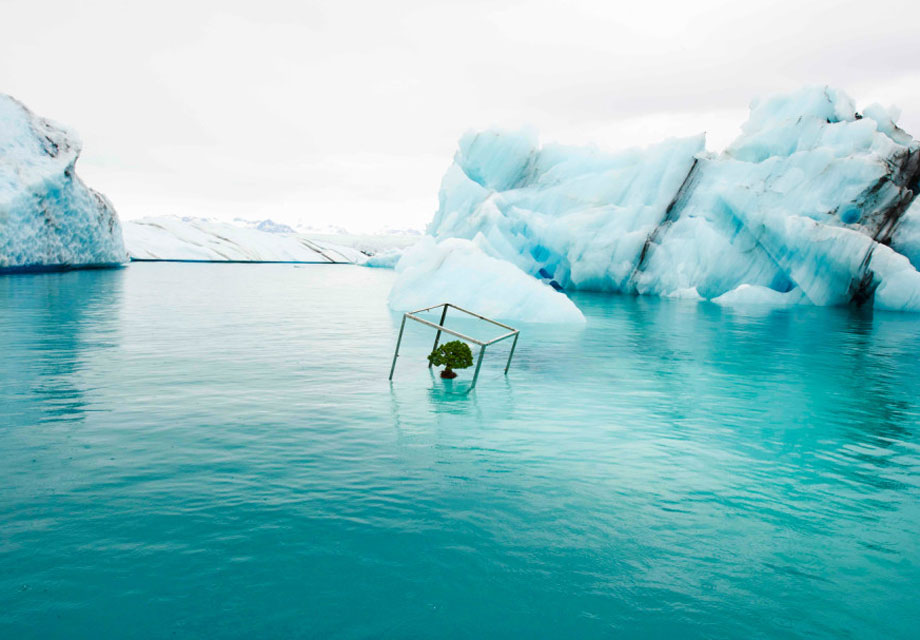 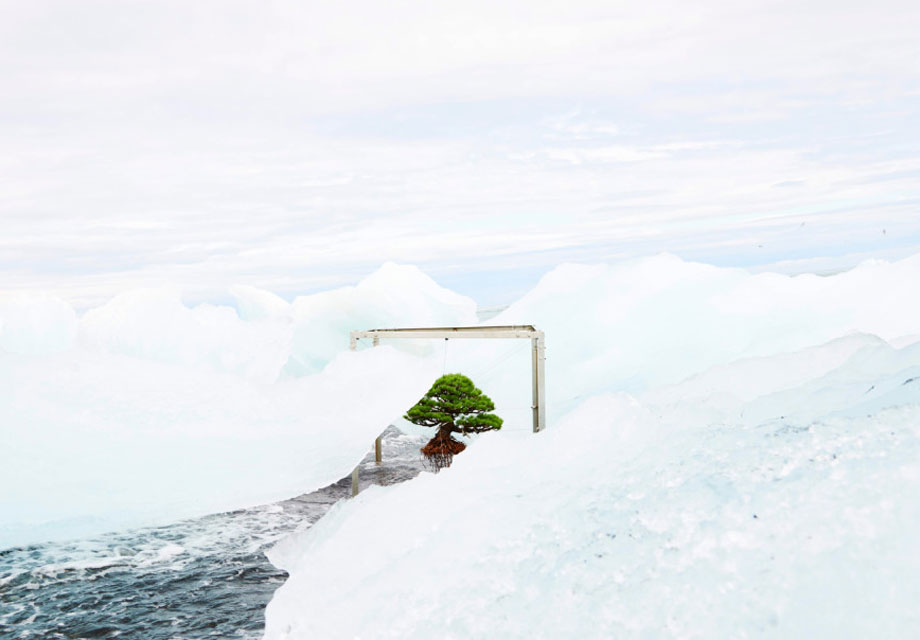 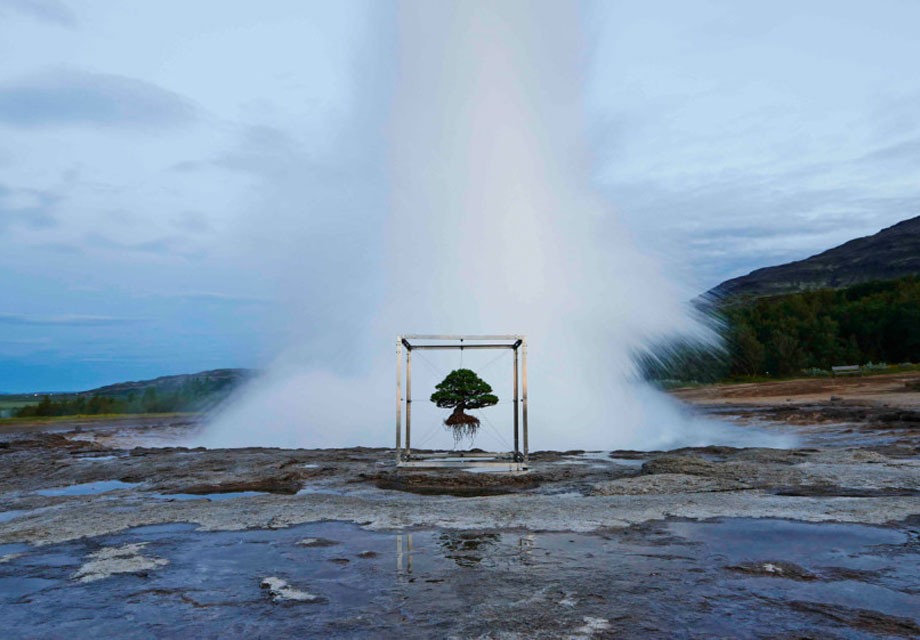 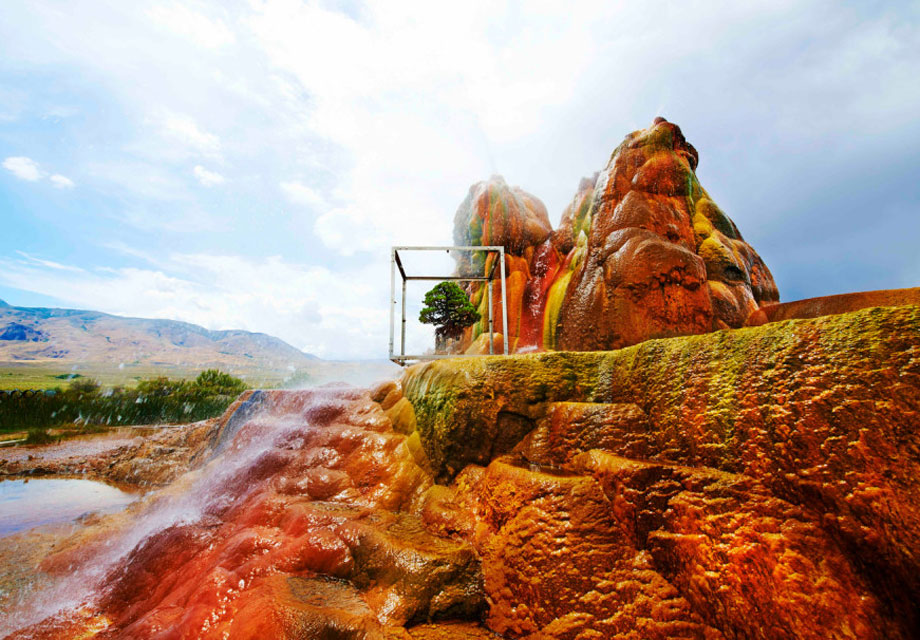