There’s been plenty of baby making in Hollywood over the past year, with many A-list bachelors appearing to settle down and focus their efforts on producing offspring that will hopefully possess the same good looks and charm as their famous fathers.

Young fathers they may be, but that hasn’t stopped them from raising the style stakes and making it into our list of 10 Stylish Celebrity Dads of 2015. 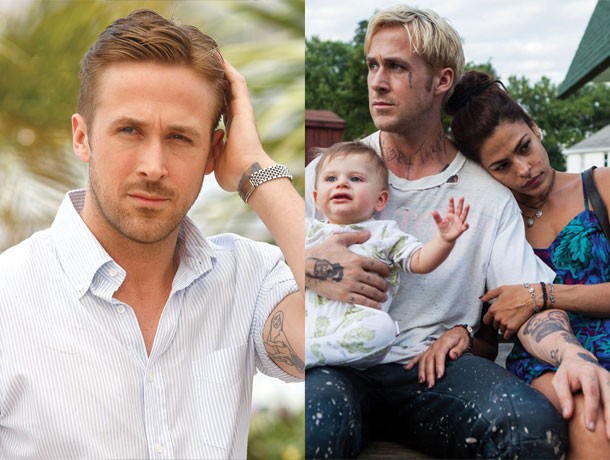 While he’s pretty keen on maintaining the privacy of his relationship with fellow actress Eva Mendes as well as that of his daughter, Esmeralda, who was born in September 2014, 35-year-old Ryan Gosling is very much still a style icon, making smart casual look like a walk in the park. 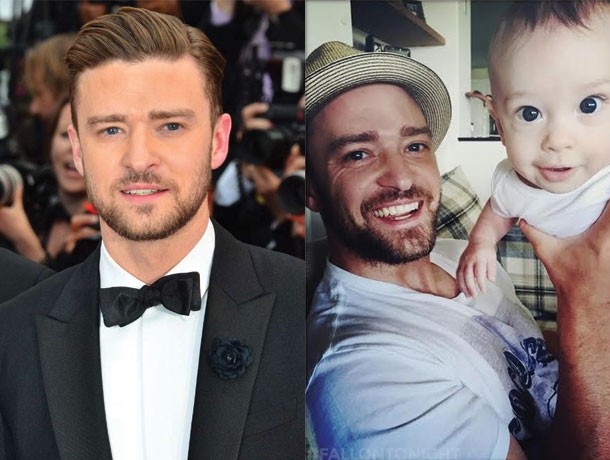 Justin Timberlake put a ring on it with Jessica Biel in 2012 and the fruit of their collective loins, Silas born early this year, is pretty damn cute. While he appears to be keeping a pretty low profile these days, JT is consistently a best dressed red carpet arrival in suit and tie, and looks just as sharp off-duty in jeans and a t-shirt. 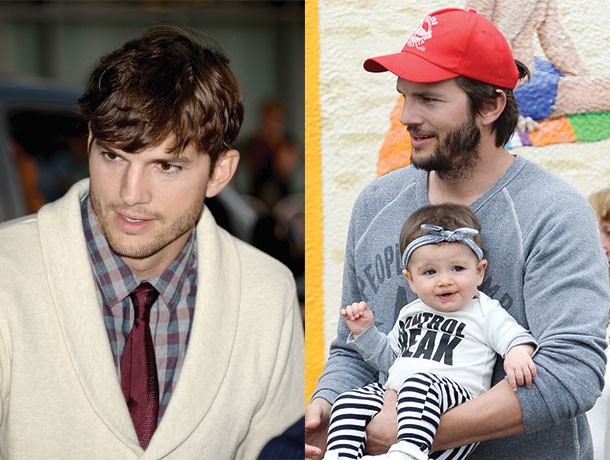 Old mate Ashton Kutcher is truly living the American dream. Not only did the 37-year-old marry his highschool sweetheart and ‘That 70’s Show’ dream girl, Mila Kunis in July this year, the two became parents to daughter Wyatt a year earlier. Kutcher has come a long way since his ‘Punk’d’ trucker cap days and is more often than not papped courtside in a classic check shirt and jeans. 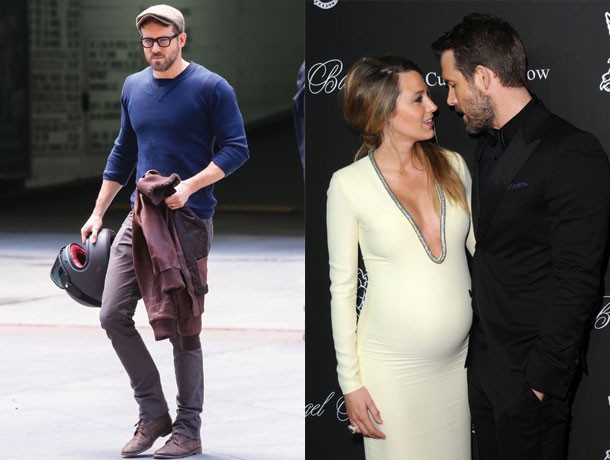 Ryan Reynolds locked down his marriage to ‘Green Lantern’ co-star Blake Lively in 2012, and has definitely taken some style advice from the former ‘Gossip Girl’ actress since. Lively gave birth to their daughter James late last year and from the Met Gala to movie premieres, Reynolds as been keeping it classy in an array of suits and jacket with sweater combos. 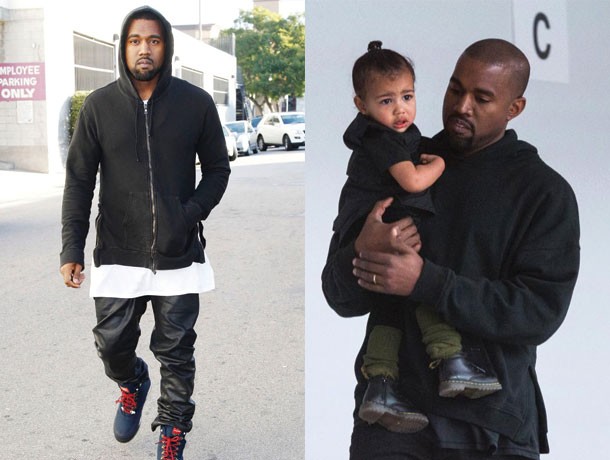 Yes, he’s now technically a part of that questionable Kardashian clan, but don’t let that fool you. Fashion is extremely important to Kanye West, just ask him. The 38-year-old, who married Kim Kardashian in May 2014 and became father to daughter North a year earlier, released his Adidas Yeezy Boosts earlier this year which sold out online within 10 minutes. He’s often captured rocking his fashion line which premiered at Paris Fashion Week in 2012. 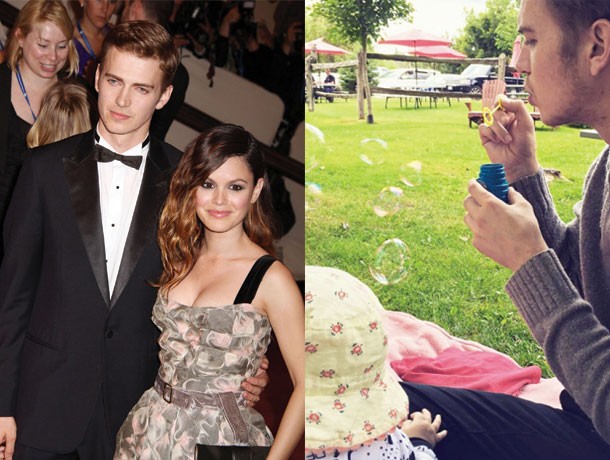 Once a baby-faced Anakin Skywalker in Star Wars, Hayden Christensen has since cemented his status as Hollywood fashion icon, along with partner and fellow actress Rachel Bilson with whom he shares a daughter, Briar Rose born in October 2014. 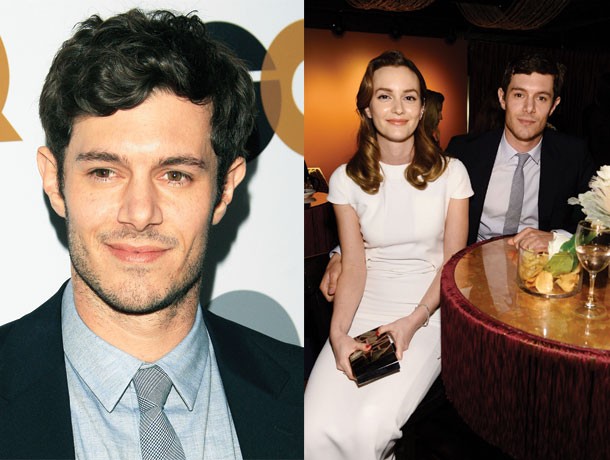 Adam Brody has moved on considerably since his Seth Cohen days. The now 35-year-old married Leighton Meester in 2013 and had a baby with the fellow ex-sitcom actress, Arlo Day, who was born this August. Brody has also parted ways with his stripey jumper O.C. days and is usually seen rocking a sharp suit and tie. 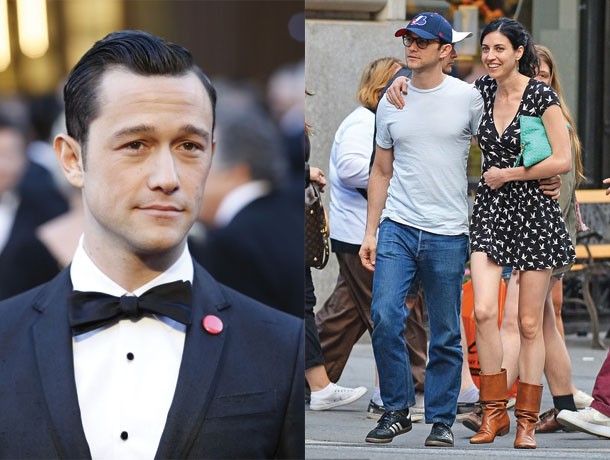 Joseph Gordon-Levitt has appeared in some cracker films over the last decade like ‘The Walk’, ‘Looper’, ‘The Dark Knight Rises’ and ‘Inception’. JGL’s personal life, on the other hand, was kept under wraps until he threw a curveball and married CEO of Fellow Robots Tasha McCauley before secretly becoming parents to a son this August. JGL does the skinny tie and shirt combination like no other, and shows off his fashion chops even more in a tux on the red carpet. 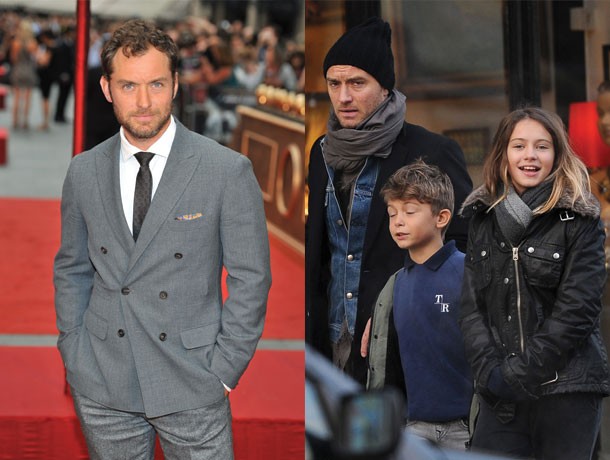 Modern day Alfie, Jude Law, is father to 5 children but recently added another to his clan with ex-girlfriend Catherine Harding in October 2014. The 42-year-old has good fashion sense in his blood, with 17-year-old son, Rafferty Law, recently walking the catwalks at London Fashion week. 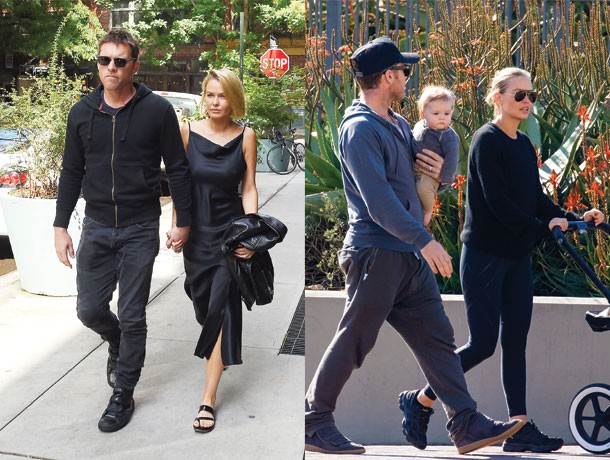 Homegrown Hollywood actor, Sam Worthington got hitched to Aussie model Lara Bingle in 2014 and this year became father to son, Rocket Zot. You’ve got to give it to the 39-year-old, looking stylish while punching a paparazzo in New York City is no easy feat.