Apple Is Fixing Your iPhone’s Low Battery With A ‘Hump’ 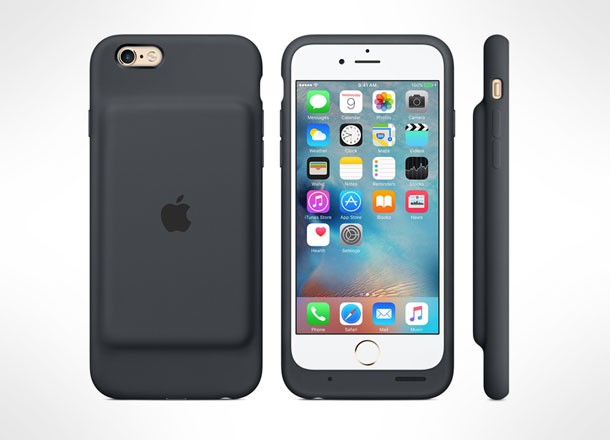 Like an unreliable mate, iPhone‘s are notorious for running out of battery just when you need them most. Perhaps you’re waiting on an extremely important text, or you’ve awoken from a big night in the middle of woop woop with no car or understanding of the area’s public transport offering. Want to Uber the hell out of there? No chance when your phone decides it’s had enough.

Apple has finally listened to all of our low battery woes and responded with the ‘hump’, the brand’s first smart battery case, joining an army of third-party accessory makers already offering battery cases and longer battery life solutions.

The iPhone 6/6S Smart Battery Case comes in white or charcoal grey and will set you back a cool $165. Its point of difference? Soft silicon edges and a big ‘hump’ in the middle. The ‘hump’ is, of course, a battery pack built into the case and while it boasts an extra 25 hours of talk, 22 hours of HD video playback and 18 hours of web browsing, it’s been getting plenty of negative reviews, mostly based around the word ‘ugly’.

RELATED: iPhone 7 Could Be Getting These Radical Design Changes

Hilarious memes and tweets teasing iPhone’s battery ‘hump’ are flooding in, with comments like “The first time I laid eyes on this case I hated it.”

Be that as it may, there are some advantages to the case. Most battery cases come with a button so you can decide when to kick in the extra power boost, but Apple’s starts charging your phone as soon as you connect to the case. Also, unlike other third-party cases, swiping down the top of your screen will show you the battery level of your phone, as well as the case. Soft silicon edges of also make the case easier to slip it on and off.

Is it your kind of happy humpday?