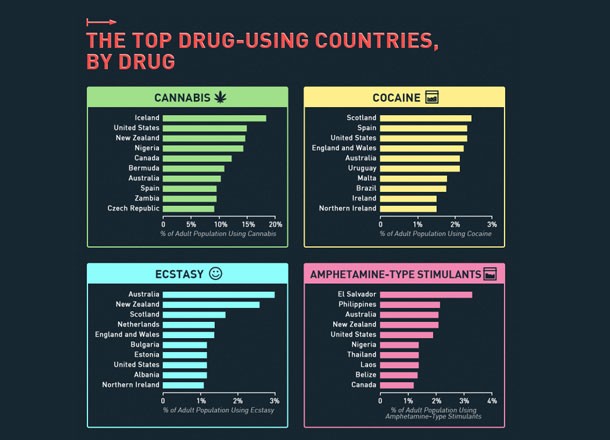 Here’s a shocker: weed is officially the most popular drug on earth. Pro-drug treatment organization Recovery Brands has compiled data from around the world to find the most used drugs globally, and marijuana took the number one spot by leaps and bounds.

“Although opioids are the most treated drug in the world, they are not the most consumed. With only a few exceptions, marijuana is every country’s top drug by the proportion of users,” the study reports.

Other countries including El Salvador, Thailand, Laos and the Philippines were the only locations where people apparently used amphetamine-type stimulants more often than weed.

The report also found that cocaine is most popular in Scotland and one of the most surprising findings is that Australia and NZ take more ecstasy than any other nation. The U.S. on the other hand, takes more prescription opiods than anywhere else.

The biggest potheads of all? Iceland. With around 18% of adults hitting the bong. 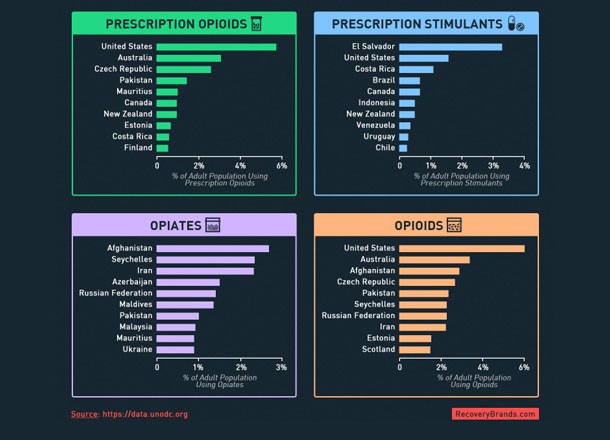