Google Chrome Can Turn Your Smartphone Into A Lightsaber 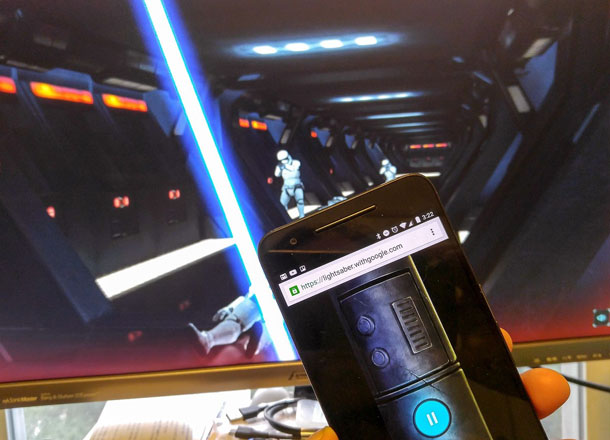 Star Wars: The Force Awakens hits cinemas this week and as such there is an onslaught of Star Wars branded crap. Most of it is just that, but what about this?

Google Chrome has unveiled Lightsaber Escape, an experiment that turns your smartphone into a lightsaber so you can battle stormtroopers through your computer browser.

Follow the instructions on the Lightsaber Escape site, go to the corresponding URL on your smartphone browser and calibrate your smartphone by holding it up to the screen. The site takes you through an initial tutorial where you learn to battle a single Stormtrooper, then an entire army of them. 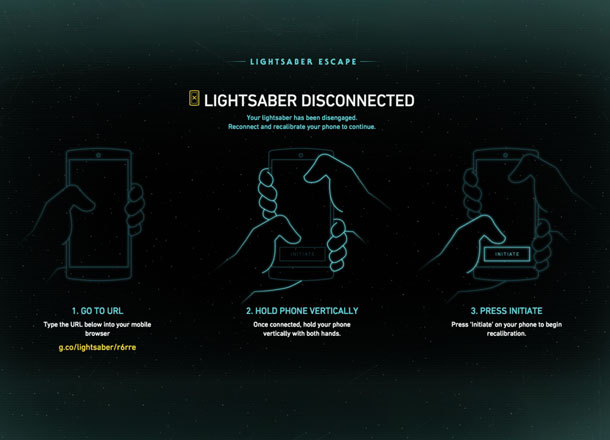 It’s a collaboration between Disney and Google, but marks another milestone in Google’s latest Star Wars-themed takeover which has altered Gmail and Maps amongst other applications. There’s also a Star Wars VR experience for Google Cardboard if you feel like getting really deep into the franchise.