How To Turn Down A Job Offer 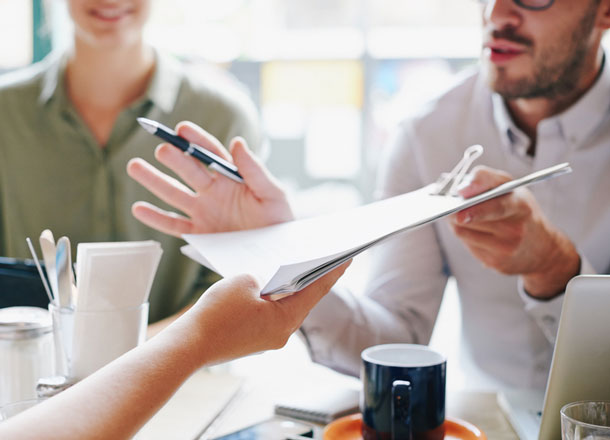 So the company you’ve been courting with a series of carefully-tailored applications and lengthy ‘pick me, pick me!’ interviews has finally chosen you above a bevvy of other candidates and offered you a once-coveted spot at their HQ – except now, you don’t want to pick them. How do you wrangle out of this potentially uncomfortable situation with minimal awkwardness, your reputation intact and even – if you manage to nail the ‘thanks, but no thanks’ conversation – a valuable new connection in place?

Tempting as it may be to put this conversation on your ‘To Do… Sometime Later’ list, it’s simple: the gracious thing to do is pick up the phone without delay so that the hiring team can contact other applicants before it’s too late.

The company have likely invested significant time in assessing your résumé, background and interview performance, so it pays to say thanks. Graciously and enthusiastically express your appreciation for the fact they chose you. And be sure to communicate that you genuinely did have an interest in working for the company – if possible, give specific examples you liked, such as the hiring team, culture or offices.

Give An Honest Reason

Give the person who offered you the role a brief explanation for your decision. This could be the fact you have accepted another position, decided against a career pivot or no longer feel it’s the right time to leave your current job. And remember: don’t give a fiscal reason if you just don’t want to work there, as this could get a little awkward if they come back to you with a counter-offer.

Stick To Your Guns (AKA No Means No)

You made this decision for a reason – so heed what your gut is telling you and don’t get sucked into negotiations if you know deep down this isn’t the gig for you.

When One Door Closes…Keep It Open

As well as just plain good decency, it’s critical to play nice when turning down a role, for a big reason: your future self may thank you. As well as the obvious (avoid being too callous as word of mouth spreads), if you manage the ‘rejection’ process with aplomb, you can actually come out of the whole situation with a promising new relationship. Nurture your connection with this new contact – as you just never know when you’ll cross paths again, whether at this or another organisation.

If you have someone in mind you know would be perfect, don’t hesitate to offer the hiring manager a recommendation – helping them is a sure-fire way to wipe clean any bad blood. You can also follow up your initial conversation with an email, saying thanks again and communicating that you’d like to stay in touch – for example, if you have an industry event coming up, mention, ‘Hopefully I’ll see you at the xx event next month’.