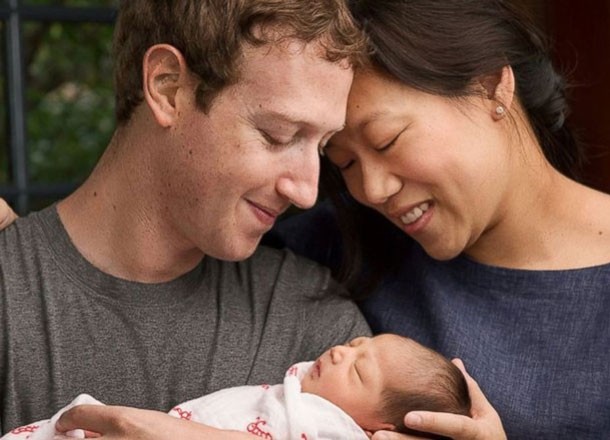 Facebook founder Mark Zuckerberg loves to shock, and shock he has with the announcement that he will give 99% of his shares to charity to help create a better world for his daughter, Max, born last week.

In Zuckerberg’s ‘A Letter To Our Daughter’ posted on Facebook, the billionaire explains that he and his wife Priscilla Chan will give away most of their wealth – around $45 billion USD to be exact – to various charities in order to ‘promote equality for all children in the next generation’.

As part of what he calls the ‘Chan Zuckerberg Initiative’, he and Priscilla’s will focus on two ideas, advancing human potential and promoting equality with various goals around each idea.

The guy makes some other interesting points in the letter, like “…Today, we spend about 50 times more as a society treating people who are sick than we invest in research so you won’t get sick in the first place.”

While he’ll be taking two months off to spend time with his new baby and wife, Zuckerberg mentions in the letter that he will “continue to serve as Facebook’s CEO for many, many years to come.”

Good on ya Zuckerberg.