The Most Stylish Men In Australia [2015 Edition]

2015 has been a big year. NASA found liquid on mars, same-sex marriage was legalised in Luxembourg, Ireland and the States, Miley Cyrus got nude (no surprise), Jon Snow died, Kim Kardashian broke the internet with her ass and old mate Malcolm Turnbull was made Prime Minister of Australia.

It has also been a stellar year for men’s style. As we reflect on the year that was, we’ve put together a list of the Aussie men who were making bold fashion strides over the course of 2015. 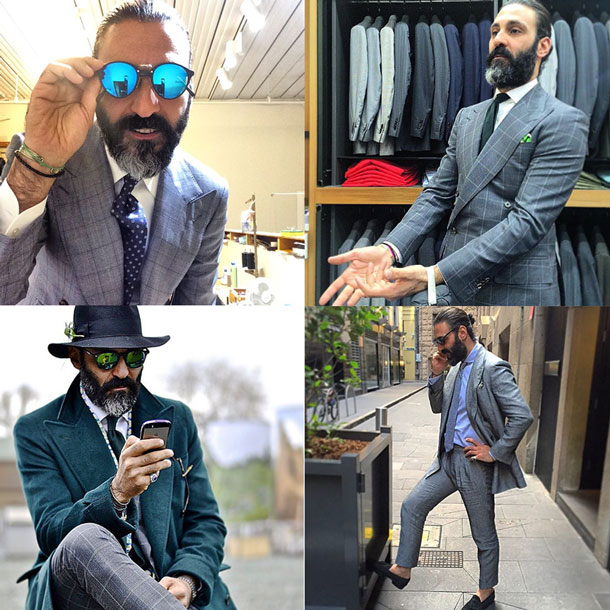 Roger Shamoun is the Sydney-based brain behind Zimma Tailors. Self-taught in the art of bespoke tailoring and impeccably-dressed in a suit with blue sneakers, Shamoun has always believed in not buying a lot of things, but buying really good things.

“I’ve always tried to do things ‘my way’. My style could be described as ‘comfortably balanced’ – there’s often the hint of something unexpected. What I wear evolves with my intuition, it’s always a combination of my conscious and subconscious influences.” 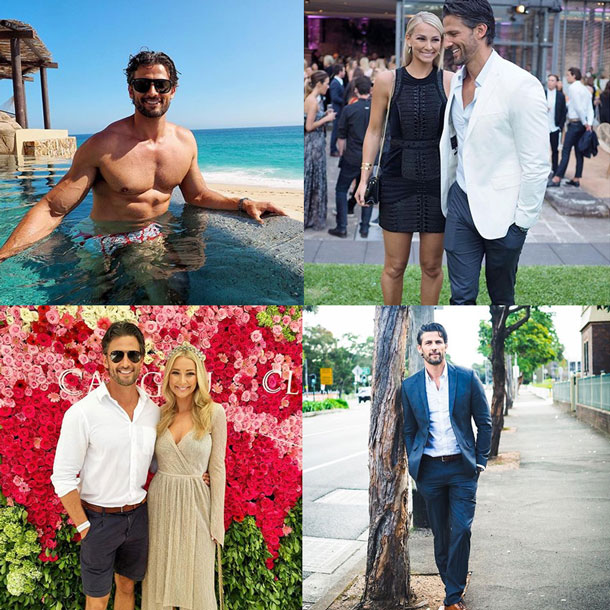 Best known for being The Bachelor in Australia’s first season of the series, Tim Robards has since a carved a name for himself in the world of men’s style.

Robards, who also works as a Sydney-based chiropractor, is more often than not pictured by the side of his lady (and winner of The Bachelor Season One), Anna Heinrich, flexing his muscles in a fitted button-up shirt, blazer and trouser combo. Simple but always stylish. 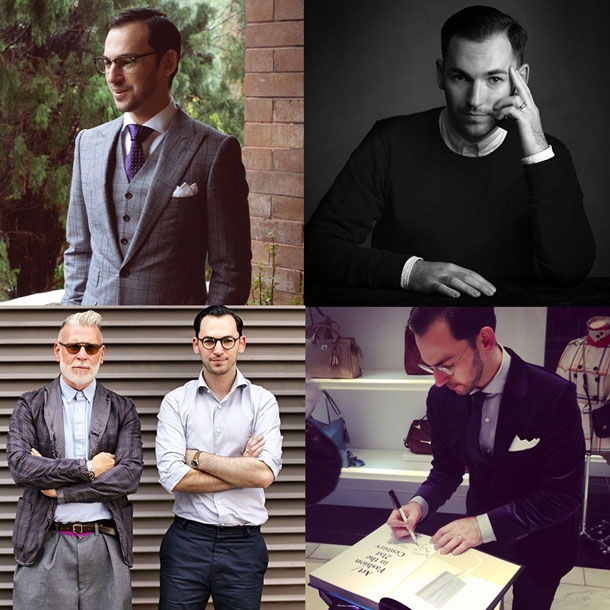 The brains behind quarterly men’s journal Manuscript and author of three books on art, fashion and design, Smith is often pictured at special events, museums and galleries and never fails to make a statement in a sharp suit with fantastic accessories to match. 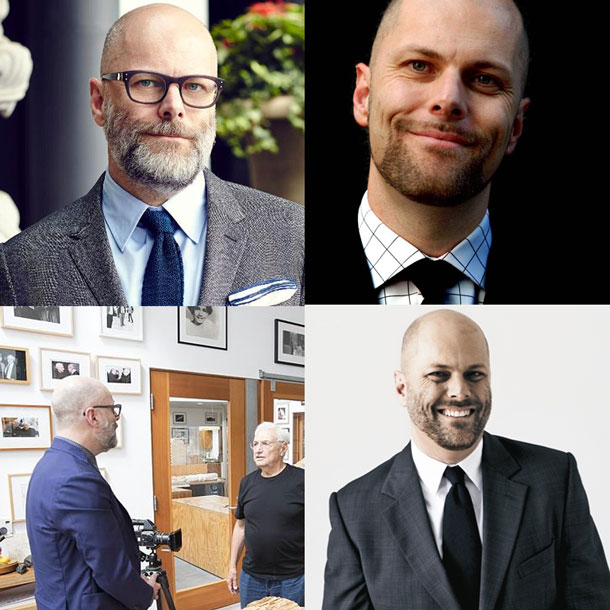 David Meagher, the editor of WISH magazine in The Australian, has been immersed in the depths of men’s fashion, lifestyle and culture for a number of years.

Specialising in luxury men’s fashion brands and products, Meagher’s personal style is a reflection of his attention to detail in journalism. 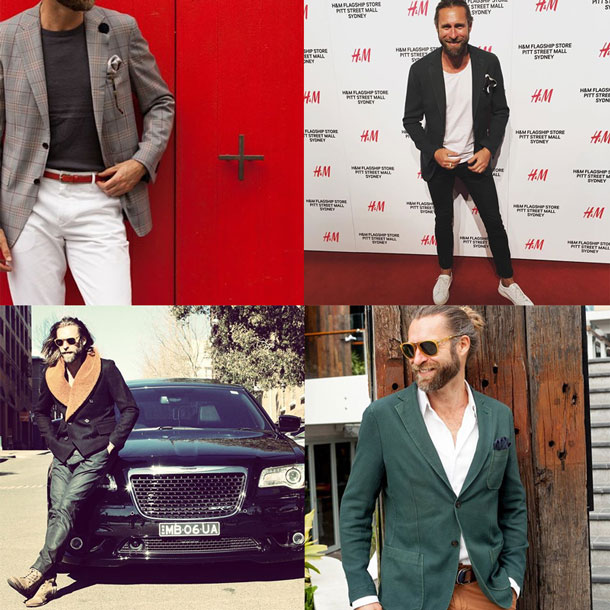 Pal of D’Marge and all-round Sydney style guru, Jeff Lack is a personal stylist, who started his career at just 17 designing surf wear and modelling. Lack established his own styling consultancy in 2005 and has since worked with everyone from celebrity athletes to media personalities and yummy mummies.

With a strong love of shoes, blazers and pocket squares for a ‘touch of classic Italian Riviera’, Lack’s personal style is a reflection of his extensive experience in fashion. “Having a head synonymous with the ‘paddle pop lion’ I definitely err towards a 70’s influence, denim, velvet, paisley and leather are all happy places to me. Denim and a marle grey t-shirt with white sneakers is my go-to off-duty look.” 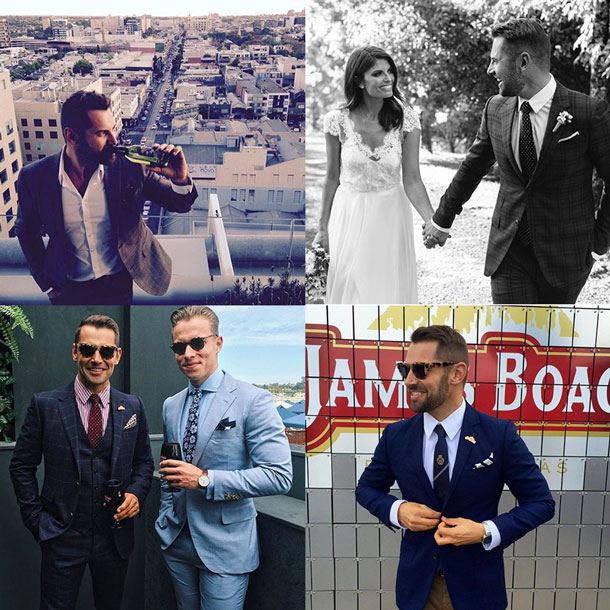 Dan MacPherson has come a long way since he played Joel Samuels on Neighbours. The 35-year-old actor and television presenter has co-hosted TV series Dancing with the Stars and now recently married to fellow actress Zoe Ventoura, splits his time between LA and Sydney.

Whether he’s attending an awards night or the races, MacPherson experiments with style in different coloured and textured suits, or the classic blazer and jean combo. 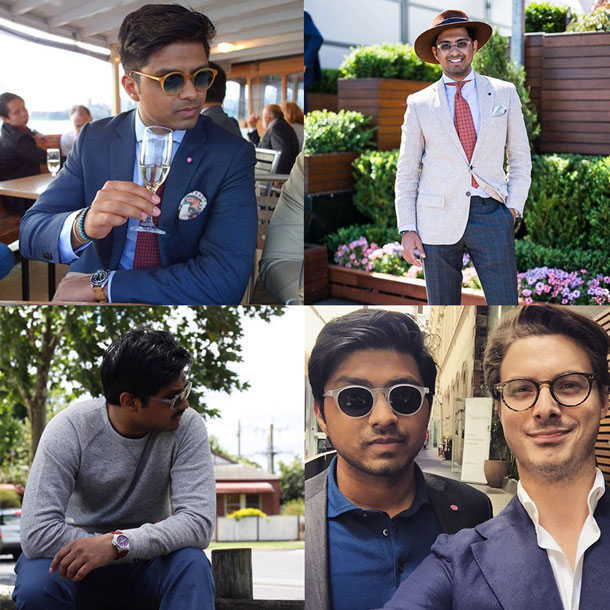 Sidd Padmanabhan is a Melbourne-based writer of all things horology and watches, menswear and other cool shit going on in Melbourne.

He’s also the founder and editor of the watch and menswear blog Bridge & Barrel. The best part? Sidd is also working his way through medical school and will soon become a doctor, with immaculate style. 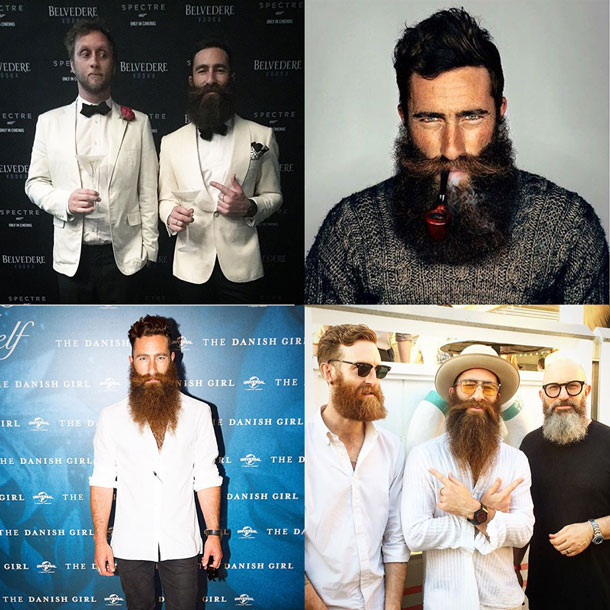 The man with the beard from the bush, Jimmy Niggles of Beard Season continues on his mission to raise awareness around skin cancer and encourage men to get checked, and shows no sign of slowing down in the style stakes either.

“I’m a boy from the country, now in adland. I like well crafted, sturdy, functional pieces – mixed with something a little interesting. If I’m ready to step onto a yacht, a horse, into a boardroom or onto the beach, I’m dressed. If not, I’m probably in bed catching up on z’s.” 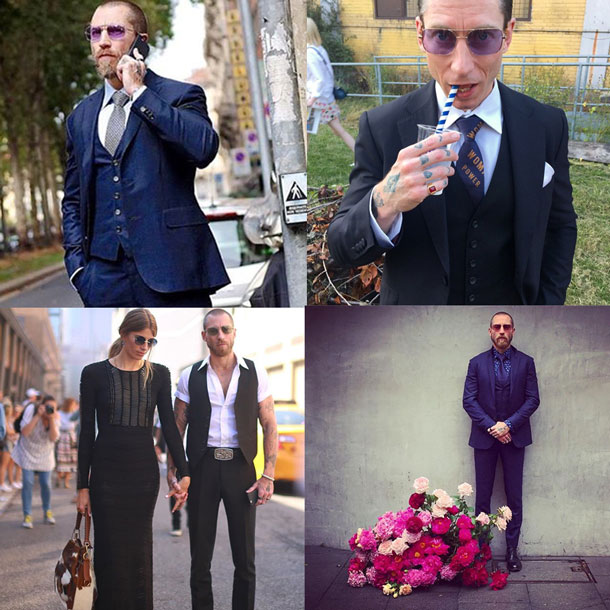 Most often seen hand-in-hand with it-girl and lover Veronika Heilbrunner, O’Shea does a 3-piece suit like no other. Whether he’s rocking his tattoos in a short-sleeved print shirt or keeping it classy in a sharp suit and tie, the globetrotting gentlemen in instantly recognisable with his slicked back do, rugged beard and signature shades. 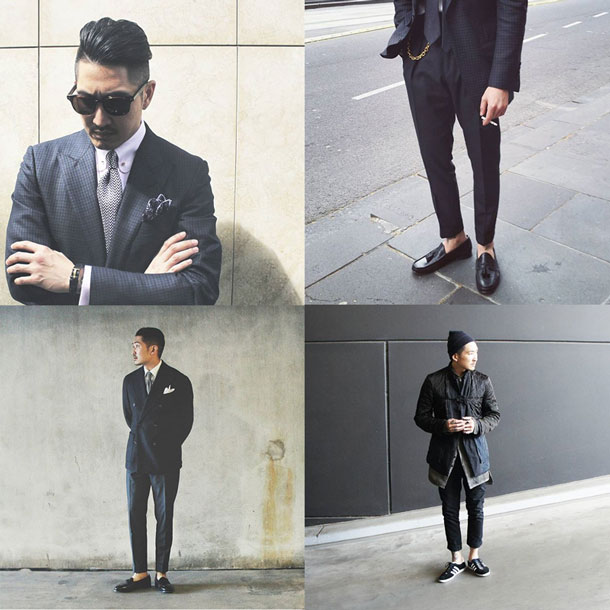 Whether he’s in a check 3-piece in the city streets or rocking a pair of sharp sneakers for a more casual look, Nami is quickly climbing to the top of Australia’s collective of best dressed men.